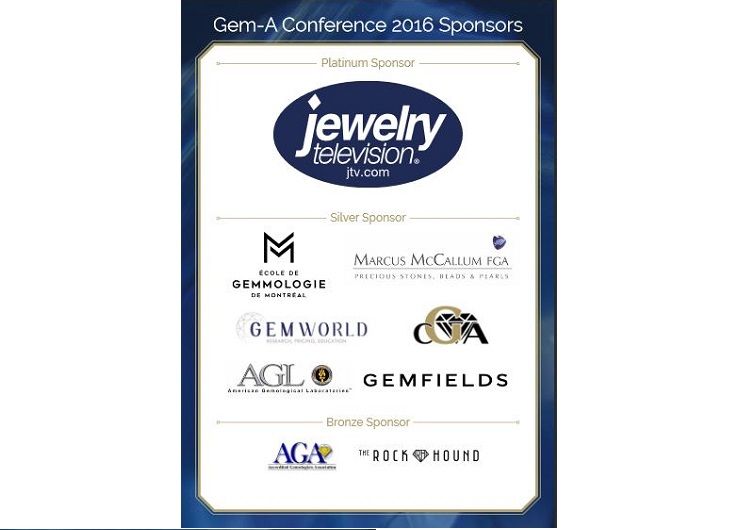 Gem-A (The Gemmological Association of Great Britain) has announced that leading supplier of responsibly sourced coloured gemstones, Gemfields, has signed up as Silver Sponsor of the Gem-A Conference and as exclusive Ruby Sponsor of Gem-A’s annual Graduation Ceremony and Presentation of Awards — a prestigious new sponsorship package created exclusively for the London-based company.

Gemfields, who also own Fabergé, is one of the world’s largest producers of coloured gemstones including emeralds and amethysts from Zambia and rubies from Mozambique. The company delivers a constant supply of professionally-graded, uncut coloured gemstones to world markets via their highly acclaimed auction platform, as well as supporting the sale and distribution of cut and polished gemstones to discerning downstream customers.

Gemfields CEO, Ian Harebottle, is featuring in the line-up of world-class speakers at the Gem-A Conference on Saturday 5 November, with a talk on the role of colour and design in the future of the jewellery sector.

Alan Hart, Gem-A CEO, said, “We are extremely pleased to have Gemfields on board to sponsor both the Gem-A Conference and Graduation Ceremony. Gemfields’ generous support of both events clearly highlights the importance of education is still key, and that Gem-A students will play a big role in the future of the industry. It is fantastic that such a high-profile company can support our events in this way and further cements the strong friendship between the two companies.”

Gemfields CEO Ian Harebottle, said: “We are very proud to support the Gem-A Conference and Graduation ceremony. At Gemfields, we constantly strive to better the way we operate and champion innovation across the gemstone sector as a whole. Gem A’s education and development of emerging talent is a true example of this and an organisation that we are honoured to partner with.”

Gem-A’s Graduation Ceremony and Presentation of Awards, which will be held at The Royal College of Surgeons in Lincoln’s Inn Fields on Monday 7 November, is a prestigious annual event celebrating the achievements of the Association’s Gemmology Diploma and Diamond Diploma graduates. During the ceremony, Jack Cunningham, the Sustainability Manager of the Gemfields Group, will be taking the opportunity to share with students his experiences championing sustainability on behalf of Gemfields, with advice on a career in the world of gems. Following the ceremony guests are invited to a drinks reception in the Hunterian Museum and Surgeon’s Library — a once in a lifetime experience. The Ceremony will mark the closing of the annual Gem-A Conference, which will be held on Saturday 5 and Sunday 6 November at the Royal Institute of British Architects, Marylebone. The conference will feature talks from some of the world’s top gemmologists and experts, including Jim Clanin (JC Mining), Pat Daly (Gem-A), John Dyer (John Dyer & Co.), David Fisher (De Beers), Ian Harebottle (Gemfields), Bill Larson (Pala Gems), Helen Molesworth (Gübelin), Danny Sanchez, Robert Weldon (GIA) and Dr Michael Wise (Smithsonian Institution), covering topics ranging from the history of gemstones, stone cutting and photomicrography, to gemstone localities and updates on the detection of certain treatments.

For more information on the 2016 Gem-A Conference and Graduation Ceremony and Presentation of Awards or to learn more about Gem-A visit www.gem-a.com.

Rate this item
(0 votes)
More in this category: Jewelry Television (JTV) confirmed as Platinum Sponsors of the Gem-A Conference »
Tweet