Gem-A offers students a fantastic range of facilities for on-site learning, from our dedicated teaching labs to our on-site library and stone collections - we have everything you need for a successful gemmology and diamond education, all under one-roof. 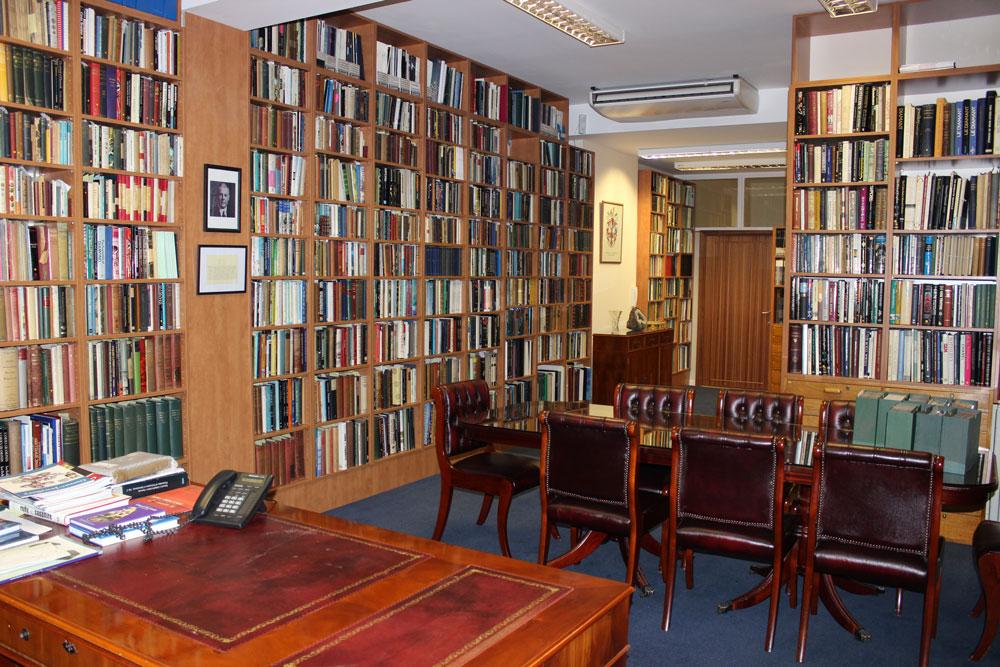 The Gem-A library contains hundreds of books dedicated to the study of gemstones and is one of the most comprehensive collections of gemmology texts. Students are able to use the library to assist in their research projects and to further their education (by appointment only).

Surgeon to three monarchs, Walton started life as a trainee surgeon at the London Hospital in 1913. Described as an “extraordinary man” in a memorandum from the annals of The Royal College of Surgeons, Walton came to gemmology after retiring from a raft of positions held in the medical profession from 1931 – 1947. With no mathematical background he succeeded in mastering a subject for which training in mathematical physics was deemed essential by discovering how the atomic structure of minerals could be inferred from the crystalline structure and how this would allow estimations of the atomic weight. By 1947, Walton’s knowledge was such that he was appointed the first curator of the Association’s collection of gemstones as well as becoming President of the Association and Chairman of the National Association of Goldsmiths. He continued in this role through to 1955, where upon his death the N.A.G. and the Gemmological Association established a library of his vast collection of literature in his memory. The library was contained at St. Dunstan’s House, the former headquarters of the N.A.G. and Gemmological Association until the two associations split in the early 1990s. The two halves of the library remained separate until today, when they have, once again, been reunited in Gem-A’s Sir James Walton Library at Ely Place.
HERBERT SMITH ROOM 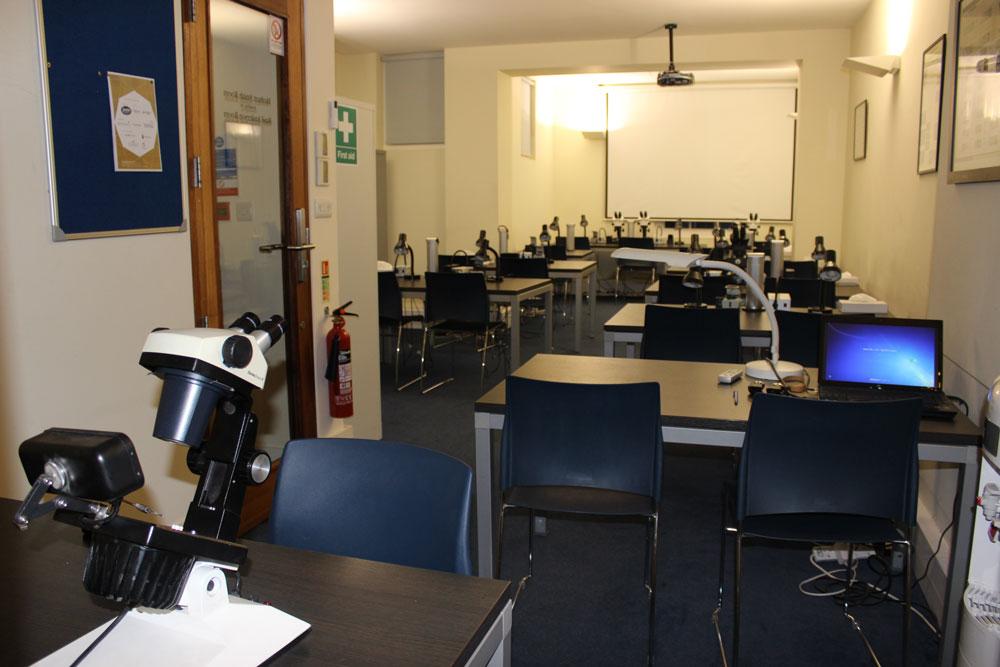 The Herbert Smith Room is primarily used by Gemmology Diploma students, and is used for access to the Anderson Room.

Dr George Frederick Herbert Smith, author of the world-renowned Gemstones, Dr Herbert Smith was one of the founding fathers of what is now known as the Gemmological Association of Great Britain (Gem-A). A teacher of mineralogy who spent a number of years at the head of the British Museum of Natural History, Dr Herbert Smith was one of the few men who not only discovered a new mineral (paratacamite) but had one named after him (Herbertsmithite). During his many years supporting Gem-A, Dr Herbert Smith wrote and marked the first ever Gemmology Diploma, which was based on his meticulously compiled and ground-breaking publication Gemstones. Dr Herbert Smith remained as head examiner of the Gemmology Diploma from its instigation in 1913 all the way till 1951. Throughout this time he was also elected President of the Association — an office he held for eleven years from 1942 till his death in 1953.
ERIC BRUTON ROOM 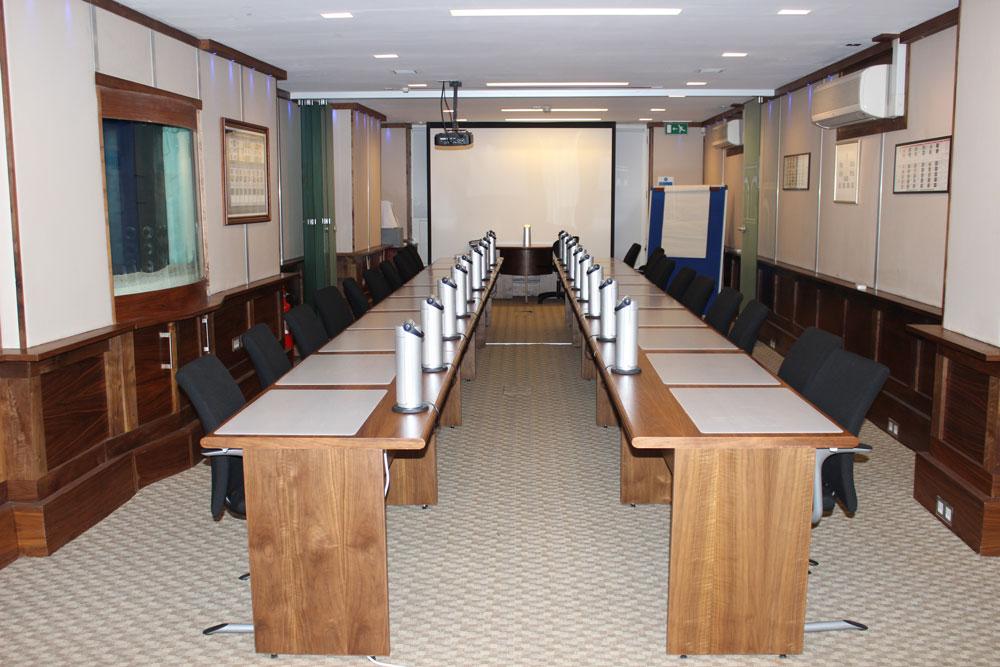 Named after Eric Bruton, who many will know as one of the most authoritative voices in the study of diamonds, the Gem-A Diamond Diploma is taught here. A darkened environment and individual lamps allow accurate diamond identification and grading.

Bruton was, for many years, a seminal writer on all matters relating to gems, jewellery, and watches. He began teaching for the Association in 1967 shortly before the publication of his first practical handbook Diamonds. In its time, Bruton’s publication was one of the go to books for the study of diamonds and formed the back-bone of what is now known as the Diamond Diploma. He founded the trade’s only newspaper of the time — Retail Jeweller — which, in competition with Watchmaker Jeweller & Silversmith, became the voice of the trade. Today, Bruton’s contribution to the Association is remembered with the Bruton Medal, a prize awarded to exceptional students with the best results in the Diamond Diploma examination.

Named after one of the most prolific writers in the field of gemmology, Robert Webster, the room is predominantly used for Gemmology Foundation classes.

Webster joined the Gem Testing Laboratory after receiving a distinction in the Gemmology Diploma in 1934. Working alongside Basil Anderson, C. J. Payne and Alec Farn, Webster not only managed to produce lengthy and detailed guides to testing and identification, such as his 1962 book Gems: Their Sources, Descriptions and Identification, but also engaged in teaching and writing the affairs of Gem-A. Although he never officially took a position of office, such was Webster’s commitment to the Association and the science of gemmology, that he was one of only six men in thirty years to be awarded the much-coveted Research Diploma. To this day, Webster’s compendium of practical gemmology remains as one of the most comprehensive guides for anyone studying gemmology.
BASIL ANDERSON ROOM 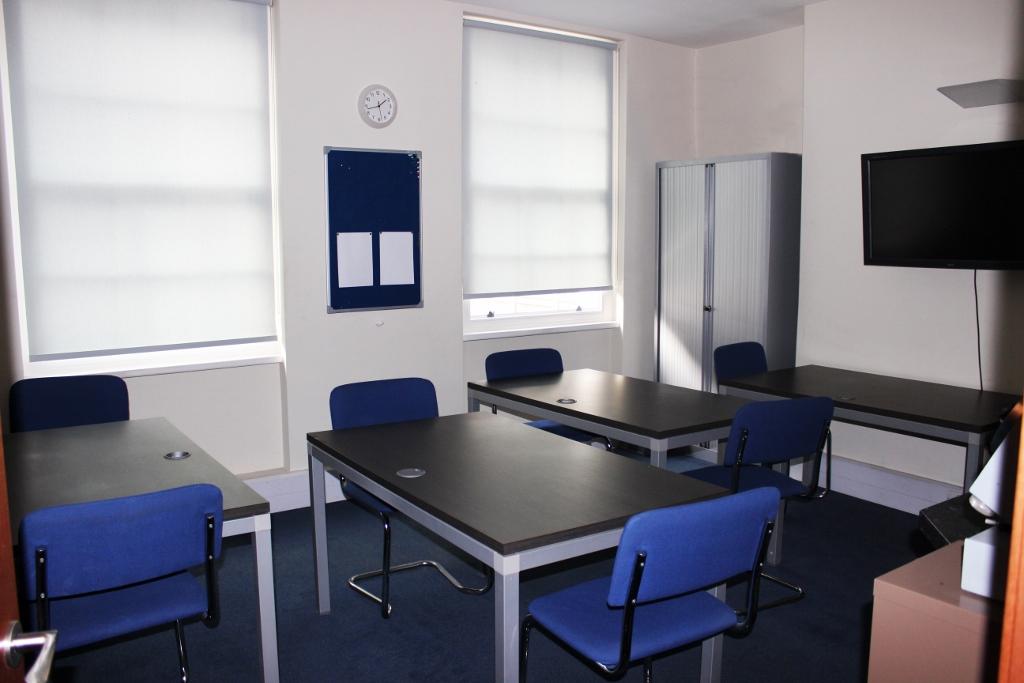 A tutor for the Association’s Gemmological Diploma for many years, Anderson also worked as the head of the Gem Testing Laboratory from 1924 till 1979. During his time in these two roles, Anderson co-invented the Chelsea Colour Filter — which he developed in conjunction with C. J Payne and students at the Chelsea College of Science and Technology, of which Gem-A owns the patent. Whilst there are many imitators, there is only one Chelsea Colour Filter, which is sold by Gem-A through Gem-A Instruments. Alongside his teaching and research, Anderson became head examiner of the Association after Dr. Herbert Smith relinquished the role in 1951 and was later voted in as Vice President of the Association in 1976. To this day, Anderson is remembered fondly by the Association with the presentation of the Anderson Medal and Anderson Bank Prize to students who achieve exceptionally high standards. Today Anderson is probably best known for his 1942 publication Gem Testing which is still considered one of the standard texts for any budding gemmologists.
Tweet

Birthstone Guide: Tanzanite for Those Born in December

Are you looking for the perfect festive gift for a December baby? Gem-A tutor Lily Faber FGA DGA EG considers...

Birthstone Guide: Pearls for Those Born in June

We believe everyone should own at least one piece of pearl jewellery… especially those born in June as pearls are...

Birthstone Guide: Ruby for Those Born in July

Those born in July can call the resplendent ruby their birthstone. To find out more about this historically significant and...

The varied hues of spinel have been admired for hundreds of years, but this gemstone only recently found its place...

Birthstone Guide: Opal for Those Born in October

The captivating opal is the birthstone for all those born in October. Here, Gem-A tutor Lily Faber FGA DGA EG...

Birthstone Guide: Emerald for Those Born in May

Those born in May are lucky enough to count emerald as their birthstone. Here, Gem-A gemmology tutor, Lily Faber FGA...

Birthstone Guide: Diamond for Those Born in April

Those born in the month of April can count the illustrious and historically significant diamond as their birthstone. Here, Gem-A...

Why is Bloodstone the Alternative March Birthstone?

Chances are you've heard of the March birthstone aquamarine... but did you know there are actually two gems associated with...

Birthstone Guide: Amethyst for Those Born in February

Gem-A gemmology tutor Lily Faber FGA EG explores the history of amethyst and its significance as the February birthstone. Amethyst is...

If you're lucky enough to be born in January, vibrant garnet is your birthstone. A rainbow jewel of the gem...

Beautiful blue turquoise is one of three birthstones for the month of December (in addition to zircon and tanzanite). It is...

Birthstone Guide: Topaz for Those Born in November

Birthstone Guide: Tourmaline for Those Born in October

Birthstone Guide: Sapphire for Those Born in September

Legend describes sapphire as a stone of purity, honesty, trust and prosperity, bringing inner peace and protection to its wearer...

Birthstone Guide: Peridot for Those Born in August

Those born in August have vibrant green peridot as their birthstone. Lily Faber FGA DGA EG delves into this zesty...

What Makes the Alexandrite Colour-Change Effect so Special?

Sometimes known as ‘emerald by day, ruby by night,’ the gemstone alexandrite is a marvel of nature and the alternative...

Beginner's Guide: What Can Emerald Inclusions Tell Us About Origin?

Emerald has long been one of the world’s most popular and valuable gemstones. Since the times of the Ancient Egyptians...

The Most Underappreciated Gemstone? Why We Love Rock Crystal

Everyone knows that lucky April-born souls have been blessed with one of the most prestigious birthstones: diamond. However, there is...

Birthstone Guide: Aquamarine for Those Born in March

Those born in March are lucky enough to have two birthstones: the beautiful blue of aquamarine and the mysterious red-spotted...

More from this category 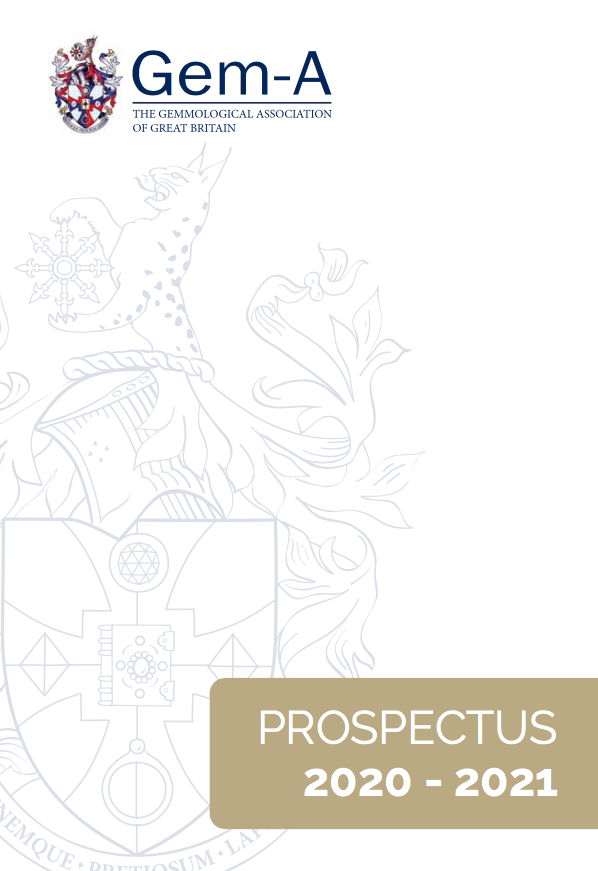