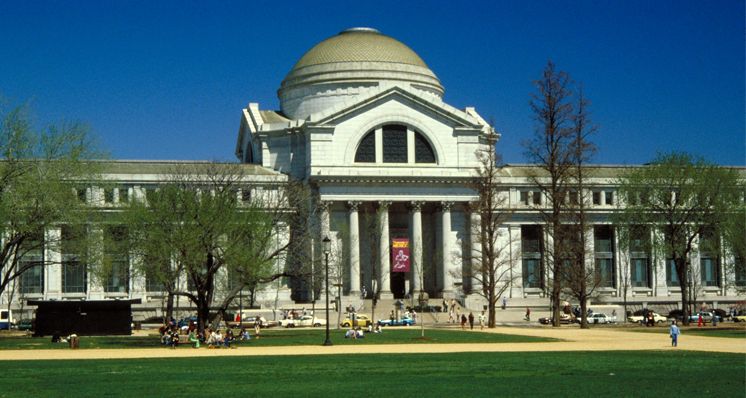 Claire Mitchell FGA DGA talks to Dr Jeffrey Post, chairman of the Department of Mineral Sciences and curator of the National Gem and Mineral Collection at the Smithsonian Institution, about advanced gem testing, the Hope diamond and the importance of donations to the museum.

Q. Moving forward, how important do you feel advanced testing will be?

I think it's getting there - a lot has changed in the last 10-15 years, particularly when you look at the kinds of sophisticated research instruments that the various gem labs have now. These days you’ve got pretty smart scientists out there trying to figure out ways to treat and enhance stones, so it takes pretty smart scientists and good instrumentation to be able to detect these treatments and enhancements. Nowadays there are labs all around the world that are treating stones - sometimes you don't find out about certain treatments until quite a bit later - so we are in an ‘arms race’ of sorts. It's getting to be fairly sophisticated material science - the kinds of techniques that are being applied are ones that are not always easy to detect, and ones that we would never have imagined that could be done.

I and many others have made the argument for a long time that we need well-trained scientists working in some of these labs, because the nature and sophistication of what is being done is dealing in the scientific. I think it’s a shame that there isn't a really clear path for someone to pursue research in science that will be directly relevant to gems.

However, GIA - along with a couple of other groups - have tried to get together some funding to hire post-doctorates to work on gem-related projects, and have provided hands-on training to people that have good backgrounds in chemistry, physics and material science. It's clearly a step in the right direction - in the end you get someone who has that scientific background, but who also has some experience working on gem materials and who has been introduced to the gem world.

I think that the gem industry has some responsibility to try to help fund more of the kinds of research that needs to be done, research which will ultimately benefit the industry. Look at beryllium diffusion treatment, for example. That was something that no one ever expected - who would of thought of diffusing beryllium into corundum to change its colour - it's a pretty sophisticated treatment that took some research to figure out and understand, and then to develop a way to identify it. The trade were actually behind on that process by several years before it was finally cracked.

It should be thought of as a much longer term investment - thinking about the health of the industry. For the good of all of us we need to figure out ways to be sure that we are staying up to date with technology, research and developments in related scientific fields.

Q. The Smithsonian carried out advanced testing on the Hope diamond. It was reported that the type of instrumentation that was used created a very tiny hole in the diamond - did it? Was it hard to make the decision to test it in that way?

I hate to say it but it did. The key words here are that the hole was very, very, very tiny - if you look at it under a microscope you still can't see it. However, the decision to test in that way wasn't hard, not once I knew what the technique entailed. We had a pretty good understanding of what we were doing, what the test would involve and how the diamond would respond to it. We have a saying at the Smithsonian, that every specimen in the collection is available for research because ultimately, why are we keeping these things if we are not learning from them?

The Hope diamond is a very rare, blue diamond that is a piece of the earth. We use minerals and crystals to learn something about the earth - the Hope diamond has its own story to tell us about how it was formed, where it came from and how it is different from other diamonds, so I think that the fact that we have it in the collection means that it is available for us to study.

It wasn't just me it was a measured and thoroughly assessed decision. All the way through the tests we kept a close eye on things and made sure that it was working the way we thought it would, and so yes, we knocked a few billion atoms out of there, but no one is going to miss those few billion atoms.

In the end we learned a fair bit of information about the diamond. We got a lot of publicity after we did that experiment and I think part of the reason for that was that people never thought about the Hope diamond as anything other than a ‘cursed’ gemstone worth a lot of money, so I think for many it was an eye-opener to think of it as something that is worth studying. The fact that it stays in the collection means that we can continue studying it.

The instrument we use is the Time-of-Flight Secondary Ion Mass Spectrometer (ToF-SIMS) - 10-15 years ago we would never have imagined being able to use such an instrument or for somebody to have one in their department, so who knows, 10-15 years from now what other instrumentation will come along? What other options for testing will we have access to, that are equally non-destructive? It's therefore nice to know that we can go back and continue to try and pull a few little pieces of information from the item and continue to learn its secrets.

Q. How important is the private sector to the purchase of acquisitions?

It's absolutely critical as the Smithsonian is a public-private partnership. We end up depending very heavily on private donations, particularly endowments that people have set up. Some of these go back 100 years whilst some of them are more recent, so one of our goals is that we are always trying to build up our endowments to continue to support the work that we do.

Luckily we have time on our side; we don't need to get everything right away. One of the great parts of my job is the feeling that you are part of something that has had a long history and will have a long future - it's a cool feeling to be a part of something that has longevity associated with it. It gives you context for the work that you are doing and allows you to relax a little bit and say “I don't need to get that thing this year”, or “I don’t need to sell everything to get that one thing”, because that one thing, even if it goes into another collection now, will still be out there.

It helps me to realise that my job never really had a beginning and doesn't really have an end; you are just stepping in as a caretaker of sorts, you keep things going and hopefully you will do some good things that will result in the collection growing.

As the National Museum of the USA we don’t charge, and so there really is a sense that people feel like the museum belongs to them - there is no better situation than one where you're saying “it's your museum, it's your collection, here's what we would like to do.” ■

Tagged under
More in this category: « An Exclusive Interview with Gem Cutter John Dyer Field Trip: Gold and Gemstones on the Greek Island of Naxos »
Tweet
Become a Gem-A Member
Apply to become a Gem-A Member
Subscribe to our Newsletter
Keep updated with Gem-A
Sign Up
Get in Touch
Can't find what you're looking for?
Contact Us