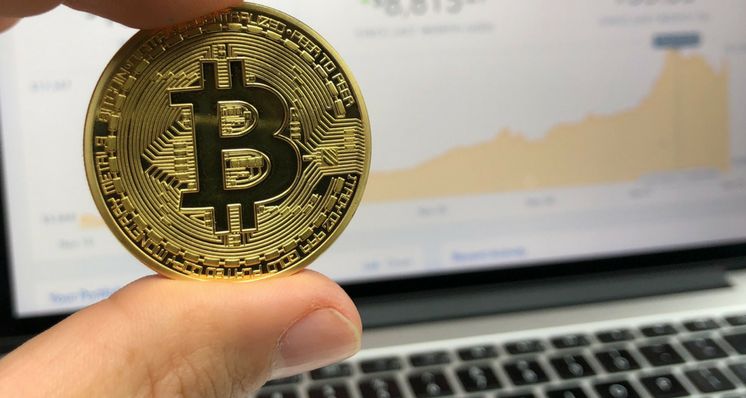 With some of the industry's biggest players experimenting with blockchain technology, Gem-A tutor Beth West FGA DGA, discusses the turbulent history of diamonds and how this emerging digital ledger can help to redeem their reputation among customers.

Let us take a step back. The oldest diamonds crystallised approximately 150 km deep in the earth’s upper mantle around 3.5 billion years ago when the earth was in its absolute infancy.There they remained for millions of years, as the crust of the earth formed and life began to emerge from the fresh oceans.

Then, across the ages of the dinosaur, they were expelled from their plutonic residence via forceful eruptions of kimberlite, a type of magma, and left to travel with the erratic movements of the surface, until finally coming to the attention of humans. These aged, tenacious warriors of the gem world, extant for 70% of the known lifespan of the planet, have been prized for over 2000 years for their extraordinary hardness, beauty, and often, magic.

However, in the 1990s, the clouds of corruption were soon to obscure our perception of the gem in the wake of revelations that diamonds were being used to fund rebel armies in civil conflict in Sierra Leone. The appeal of the diamond suffered as it was seen as little more than a pawn in a very ugly game.

Read More: Birthstone Guide: Diamond for those born in April

In response, the Kimberley Process Certification Scheme was put in place in 2003 to combat the use of diamonds to fund wars against governments. However, the scheme only goes so far, as it concerns the certification of rough stones. How do the stones progress from the hands of the cutter, and where to? The scheme did not provide a full and transparent story.

For anyone wishing to purchase a mounted diamond, the synthetic was being heralded as a better alternative. In 2016, with the steady march of the synthetic industry moving to a sprint, seven top diamond producers came together to create the Diamond Producers Association, and address the issue with their campaign ‘Real is Rare’, aimed to convince the consumer that the diamond is a better option than its synthetic counterpart.

To be successful, however, they also have to ensure that the consumer is confident that each diamond is ethically sourced. It is for this reason that the industry is now turning to Blockchain technology.

Blockchain is the technology that underpins cryptocurrencies such as Bitcoin.

Essentially, it is a digital ledger where blocks of information relating to a transaction, or valuable asset, are stored in the form of an encrypted computer code. It is shared across many computer networks, meaning that there is no single controlling entity and subsequently no single point of failure. This allows for information to be stored and updated sequentially (in ‘blocks’) and securely, without the need of an easily corruptible paper trail.

In 2015, Everledger, a tech start-up company, saw the need for such technology within the diamond industry. The nature of Blockchain would allow the diamond to be securely tracked along every step of the pipeline, from mine to consumer, ensuring a water-tight provenance for each stone.

As a starting point, Everledger now has 1.8 million diamonds on their database. Each diamond has its own ‘digital thumbprint’ in the form of an encrypted computer code which records not only the basic characteristics of the stone, such as carat, colour, clarity and cut but also spectroscopic analysis and HD photography.

Currently, this database only concerns itself with the downstream market, tracking diamonds through sales. However, the pace of technological evolution is far from tardy.

Reaction of the Diamond Industry

In January this year, De Beers began trialling blockchain across the industry so a diamond can be tracked every time it changes hands from the moment it is mined. In turn, on the 22 February, Everledger, in partnership with Dharmanandan Diamonds, announced an industry first - ‘The Diamond Lapse Protocol’ – an initiative that will allow individuals from each step in the pipeline to add to the database in real time, enabling a far more comprehensive story of the diamond being stored.

Divided into two user interfaces, Manufacturer and Retailer User and Consumer User, the technology also permits the consumer to view the database independently, so they are able to view the journey of their diamond from beginning to end.

It is an exciting proposition, but there are still questions to be asked. How is the data stored on the blockchain reconciled with the physical object? What, if any, substantial alterations to the diamond, such as treatment or re-polishing, are not recorded? What is to prevent false information being inputted in the first instance? The answers are still a little allusive.

Regardless, it is an initiative that the industry, both big players and small, should be supporting. The consumer is entitled to the transparency that the technology promises. Equally, by offering the conscientious buyer a clear view of the industry today, they will be able to appreciate how far it has progressed in the last twenty years.

And if it is able to sweep away the scepticism surrounding the natural diamond, this is all for the better. These magnificent gems carry whispers from the beginnings of our world; it is worth listening.

More in this category: « Diamond Dynamics With Bruce Cleaver An Interview with Diamond Artist Angie Crabtree »
Tweet
Become a Gem-A Member
Apply to become a Gem-A Member
Subscribe to our Newsletter
Keep updated with Gem-A
Sign Up
Get in Touch
Can't find what you're looking for?
Contact Us