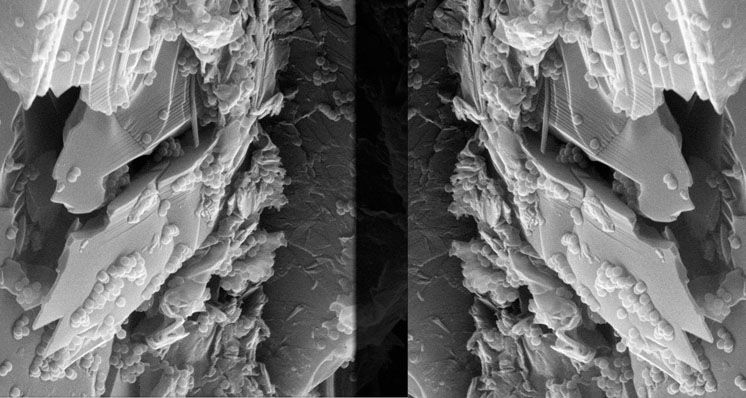 In March this year, Gübelin Gem Lab in partnership with Gemfields announced the release of an innovative Emerald Paternity Test. Using customisable DNA-based nanoparticles, this futuristic technology enables emeralds to carry information pertaining to where and when they were mined, and by whom.

Founded in 1923, the Gübelin Gem Lab was established to ascertain the authenticity of gemstones used in jewellery. Today the Gübelin name is trusted worldwide using pioneering science and technology to carry out gemstone analysis for many in the trade.

The Emerald Paternity Test involves applying customised DNA-based nanoparticles to rough emerald crystals. Developed to resist removal by procedures such as cleaning, cutting, polishing and setting, the DNA can be recovered and deciphered at any stage of the supply chain to reveal the emerald’s paternity. The nanoscale of the particles means they do not affect the properties of the emerald and they are ‘invisible’ to optical microscopes. This new technology provides proof of provenance and reassures the end consumer.

Who is your target audience for the Emerald Paternity Test?

Primarily mining companies both big corporate, and small and artisanal miners and mining cooperatives, but also governments, jewellery brands and other stakeholders in the industry.

Once the DNA has been applied to the gemstones, can the DNA be extracted and tested multiple times?

According to the lab and field tests we have done so far, the test can only be done once. However, we can re-enter the same type of particles after having done the test, basically ‘re-loading’ the stone for a possible later paternity test.

Read more: Birthstone Guide: Emeralds for Those Born in May

The DNA sequence is unique for each company, as in a specific sequence of the DNA-building constituents (GATC) is assigned to each company. Clients can get several types of unique DNA for example to describe different mining locations or get a new DNA every year to monitor production.

What mechanisms are in place to prevent one mine using DNA samples from another mine? 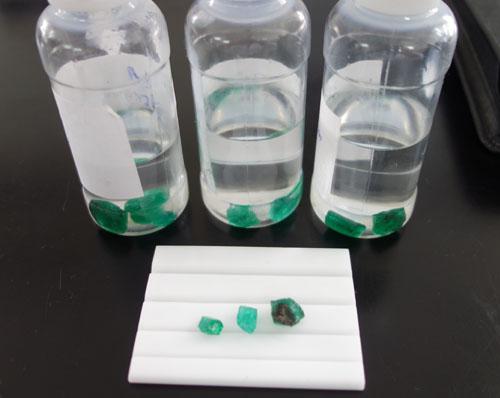 You mentioned this technology would be beneficial to cooperatives of small and artisanal miners; will the cost of administrating this technology not be preventive to these mines?

We think that the technology will be quickly embraced by large companies, who can also easily afford it. To avoid small and artisanal miners getting side-lined, we aim to find ways to make the technology accessible and affordable for them. We are currently trying to contact governments and NGOs for this purpose.

If a retailer wishes to check the paternity of a stone, is it affordable for them to do so?

The cost for single test is a few hundred Swiss francs. The costs are rather high at this time, because it is done in a research lab, and not on an industrial basis. We are trying to bring down this cost to encourage more tests to be done. However, we believe that in the long-run, once people have trust in the technology, they will not consider it necessary to check all stones, but just a small fraction. To know that there is the option to test should be sufficient in the long run, with no need to always actually do the test. 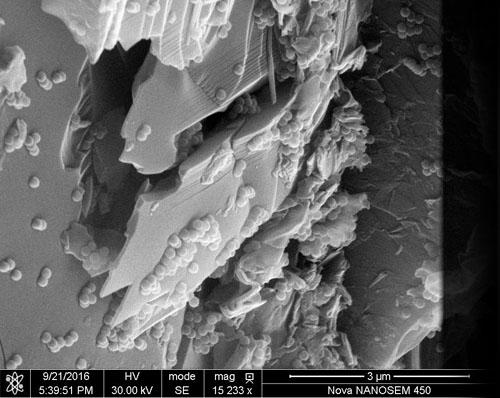 Scanning electron micrograph of an emerald with DNA nanoparticles applied.

More in this category: « A Man of the Ocean: Diving for Organics with Eric Fritz Calculating with Carbon »
Tweet
Become a Gem-A Member
Apply to become a Gem-A Member
Subscribe to our Newsletter
Keep updated with Gem-A
Sign Up
Get in Touch
Can't find what you're looking for?
Contact Us