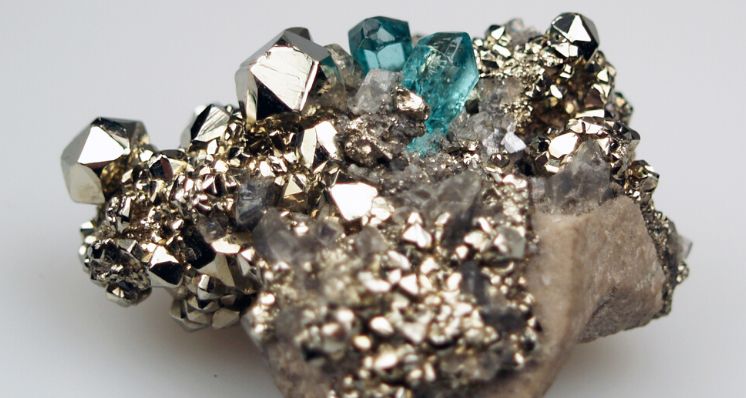 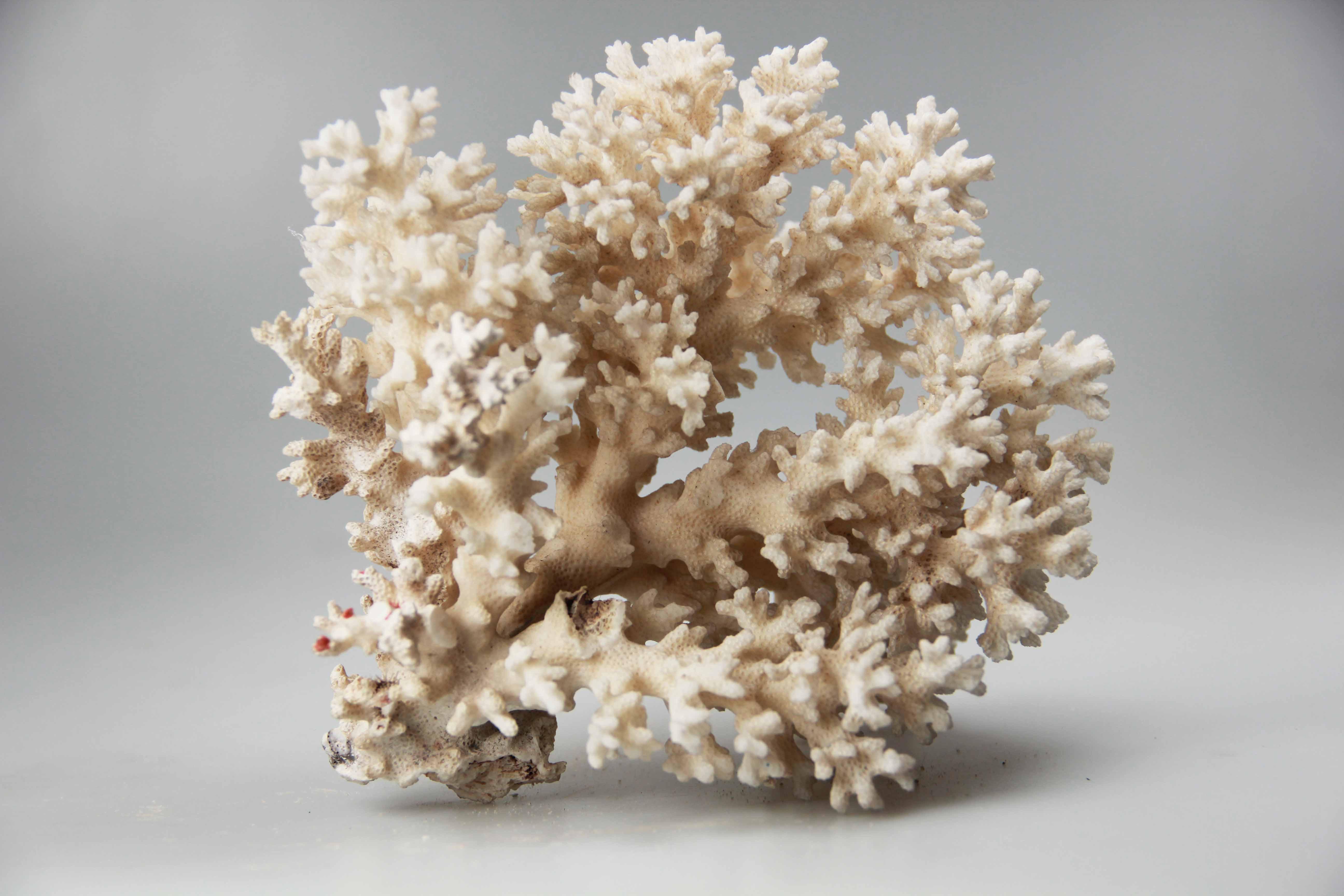 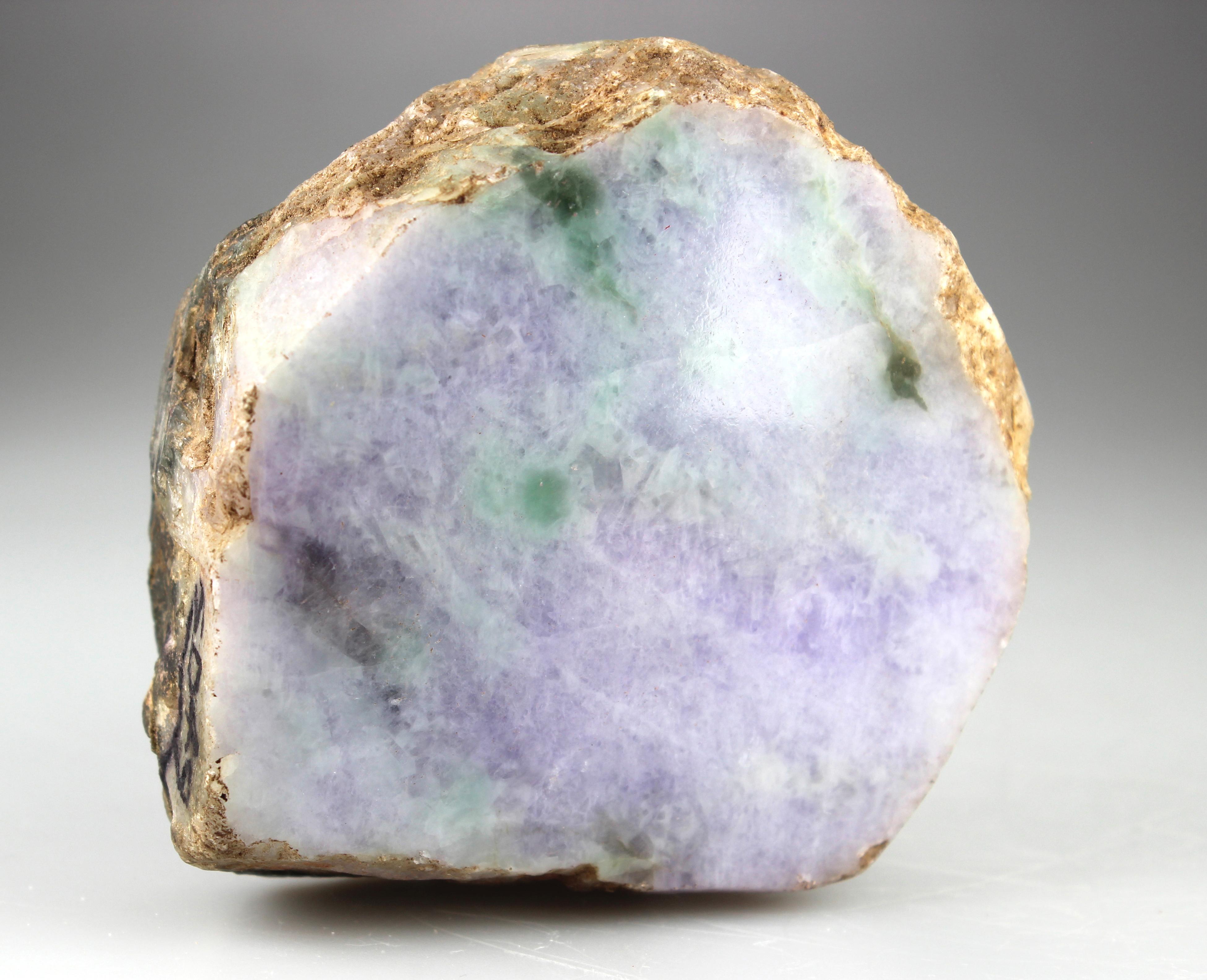 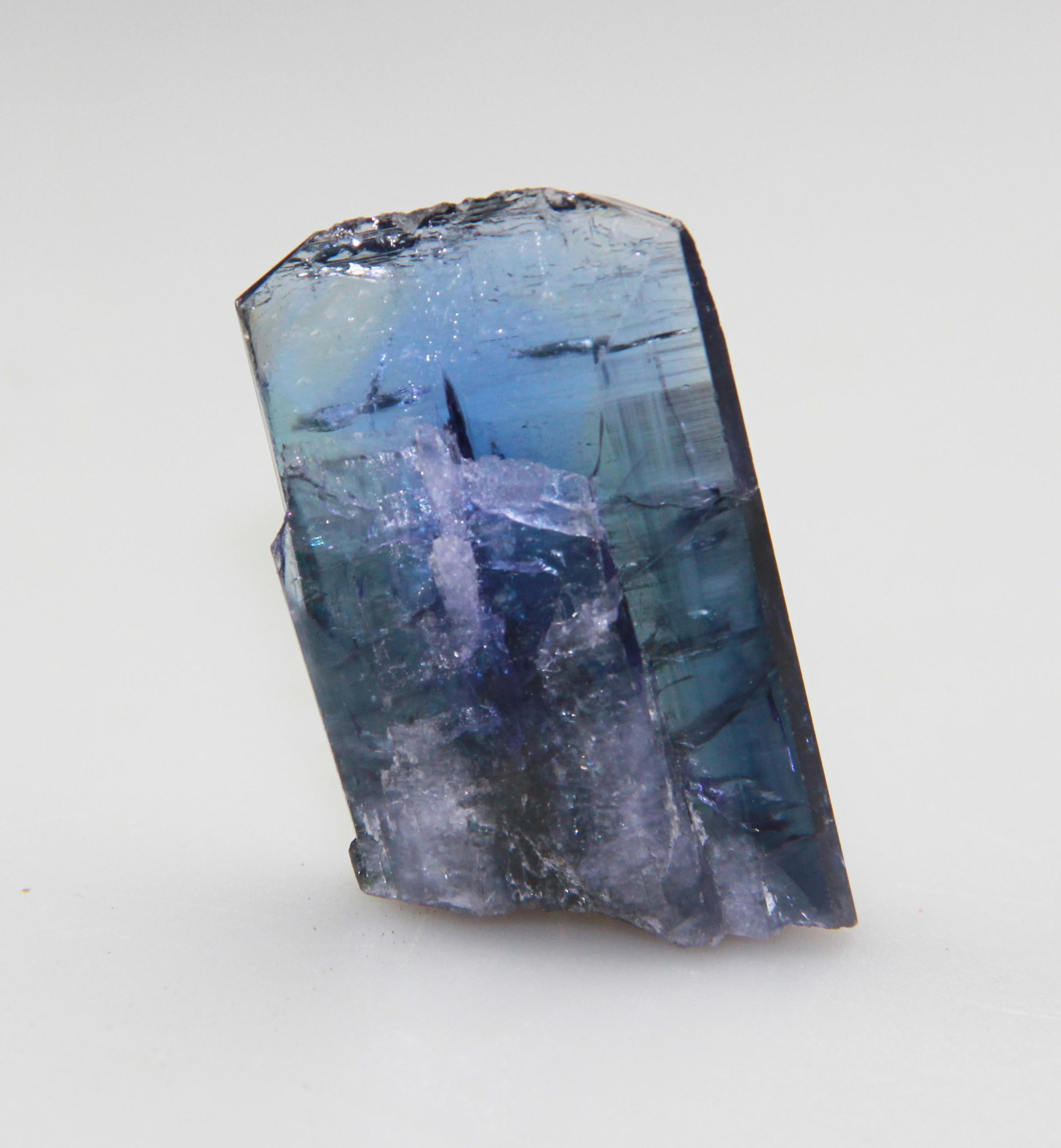 In 1907, by the headwaters of California's San Benito River, a new blue gemstone was discovered which was to be named benitoite. Here, Elizabeth A. Gass FGA, Gemstone Advancement and Education Coordinator at Jewelry Television (JTV), takes a closer look at this all-American gemstone.

The United States is a geographically vast and geologically diverse nation. It comes as no surprise that it would host some of the most sought-after gemstone species in the world. Some of these are wholly unique, while others are some of the finest quality known to man. One mineral, with a rather unique discovery story and geological occurrence, is benitoite.

Benitoite was discovered in 1907 by James Marshall Couch, a failed melon farmer turned prospector, near the headwaters of the San Benito River in the mountains of the Diablo Range (Wilson, 2008). 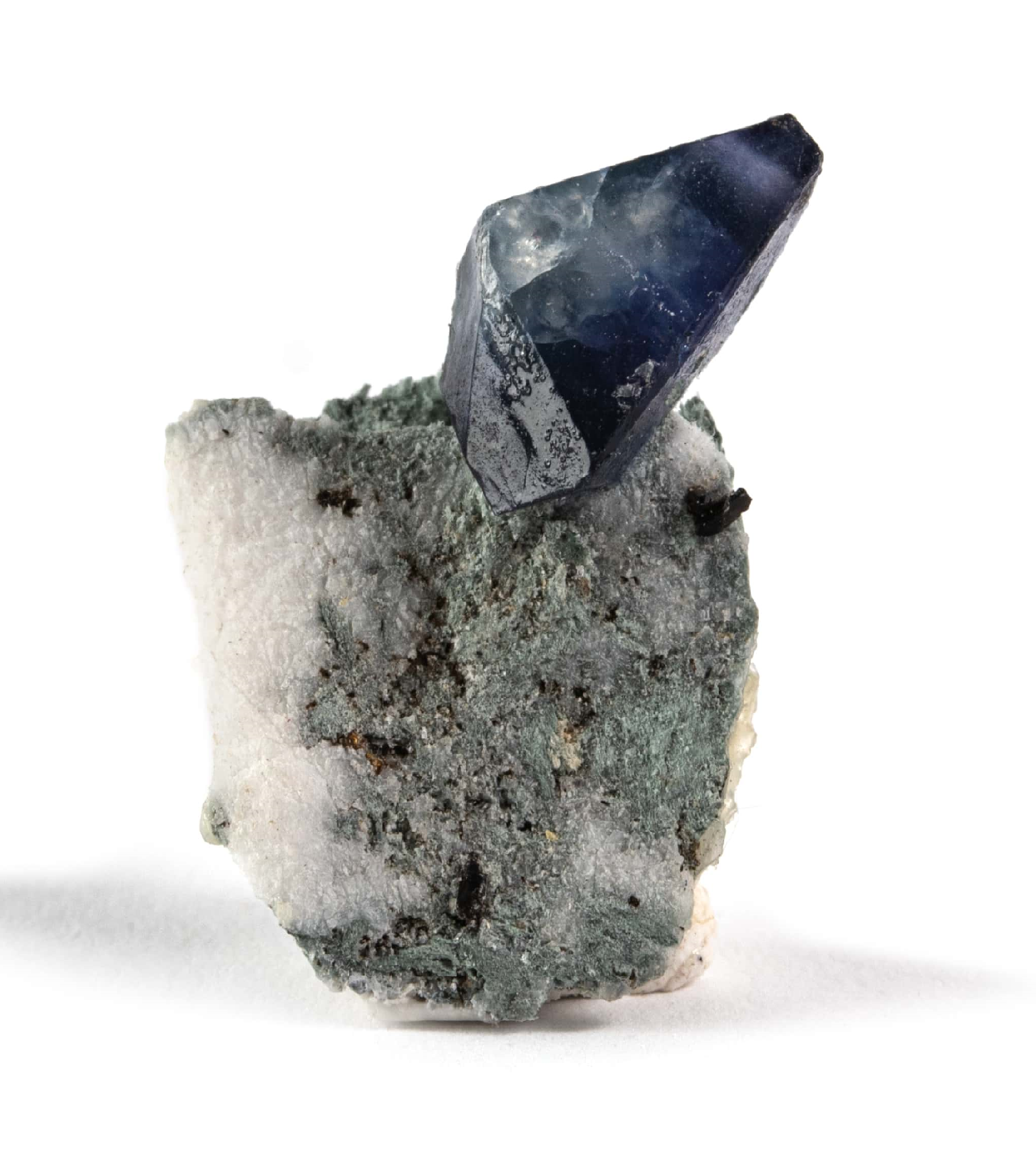 A benitoite crystal in matrix.

The type locality of benitoite, the New Idria district, San Benito County, California, is also the only location that has produced facet grade benitoite. Out of less than 10 known locations around the world, only three are outside of California (Japan, Australia and Arkansas, USA), and only two mines in the New Idria district, the Benitoite Gem Mine and Junila claim, have produced any facet grade material. Of those two mines only one ever produced faceted material in commercial quantity, the Benitoite Gem Mine. It was also the original mine opened at the site of discovery (Laurs, Rohtert & Gray, 1997).

The Benitoite Gem Mine operated in some capacity from 1907–2005 under several different names and owners. The site was reclaimed in 2005 and sold (Wilson, 2008). It is currently open as a small pay to dig operation.

The Race to Name Benitoite

When benitoite was first discovered it was thought to be blue diamonds by Mr. Couch, who showed them to his financier Roderick William Dallas. Dallas immediately sent Couch back up the mountain to stake a claim.

All the formal paperwork was filed within eight days of the initial discovery, but no one involved knew exactly what kind of blue gemstone they were looking at. Dallas asked Leland Barnes Hawkins, Sr., a mine engineer and friend to look at some of the rough crystals and take them to a jeweller in Los Angeles to determine if they had value.

The jeweller declared them to be a form of blue obsidian. Then another jeweller identified them as spinel because of their colour. A faceted sample, labelled as a spinel from California, was sent to a jewellery firm in San Francisco. The head of their diamond department studied the stone and realised that the gem wasn’t anything he had seen before. He purchased the stone for $40 and sent it to a friend, Davis Louderback, who was an Associate Professor of Geology at the University of California, Berkley. 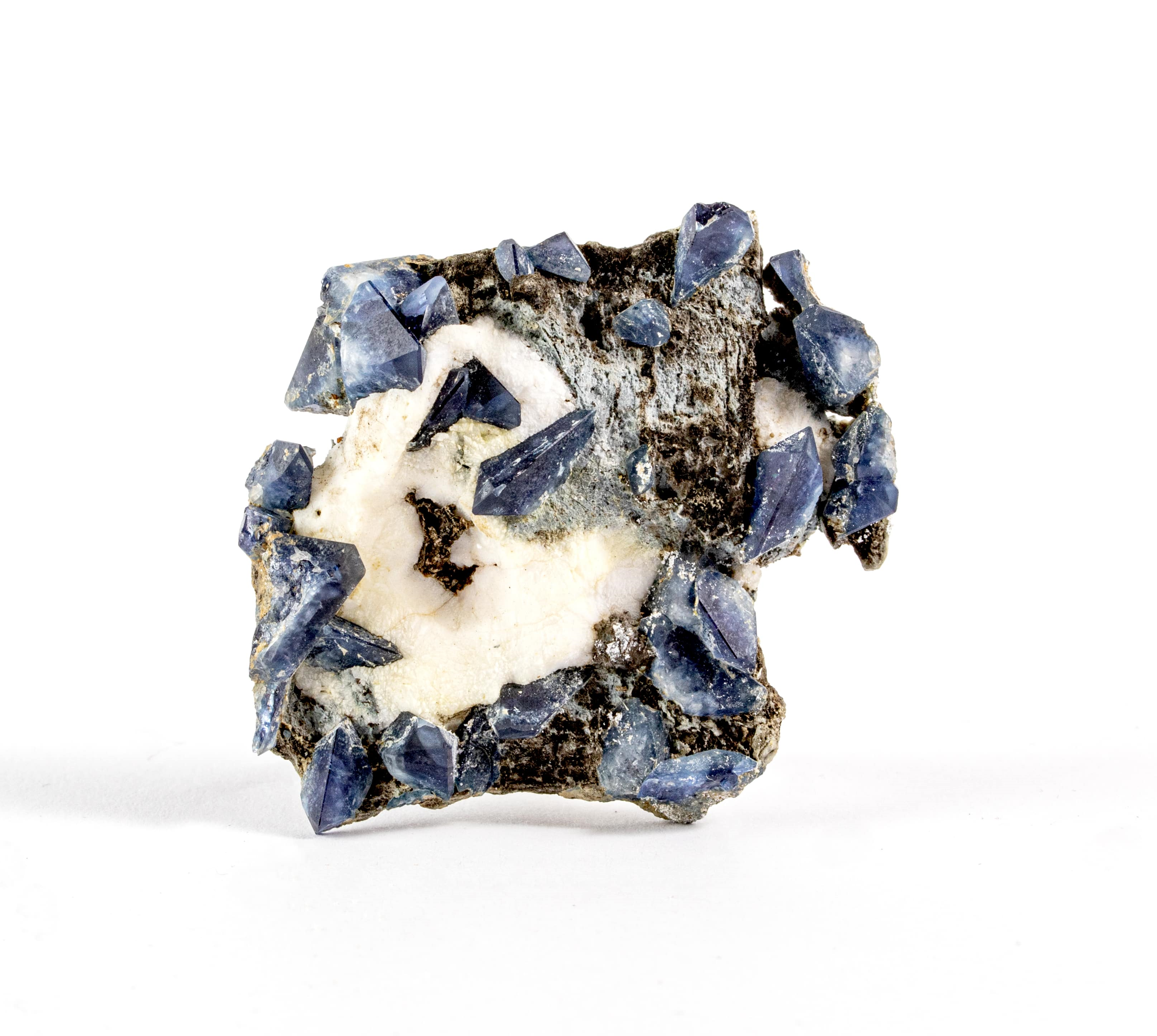 After concluding that the stone was neither spinel nor sapphire, he asked for more material, preferably crystals, to confirm that this was a new mineral. After backtracking the gem to its source, it took Louderback only a few days, with the new samples, to confirm that Couch and company had a new mineral on their hands. From there, a visit to the mine was required so that Louderback could write a formal bulletin on the discovery.

Word of a possible new gemstone reached Tiffany & Co.’s George F. Kunz, who sent a telegram asking for more information on the discovery. From there the race was on to see if Louderback could complete his research before Kunz wrote his own proposal. Others involved with the discovery pushed Louderback to tirelessly work on his proposal because they wanted their Californian gem to have a “California name”. Louderback succeeded and on July 30, 1907 his report was published, officially naming the new mineral ‘benitoite’ (Wilson, 2008).

Benitoite’s discovery could have never happened without the unique geology of the New Idria region. The New Idria region is predominantly composed of a serpentinite body that was tectonically emplaced into the surrounding sedimentary and metamorphic rocks (Laurs, Rohtert & Gray 1997). When two tectonic plates collided, one dipped below the other in a process called subduction. This creates a massive amount of heat and pressure. Because of this the serpentinite rose through the overlying rocks due to its relatively lower density as a plume. 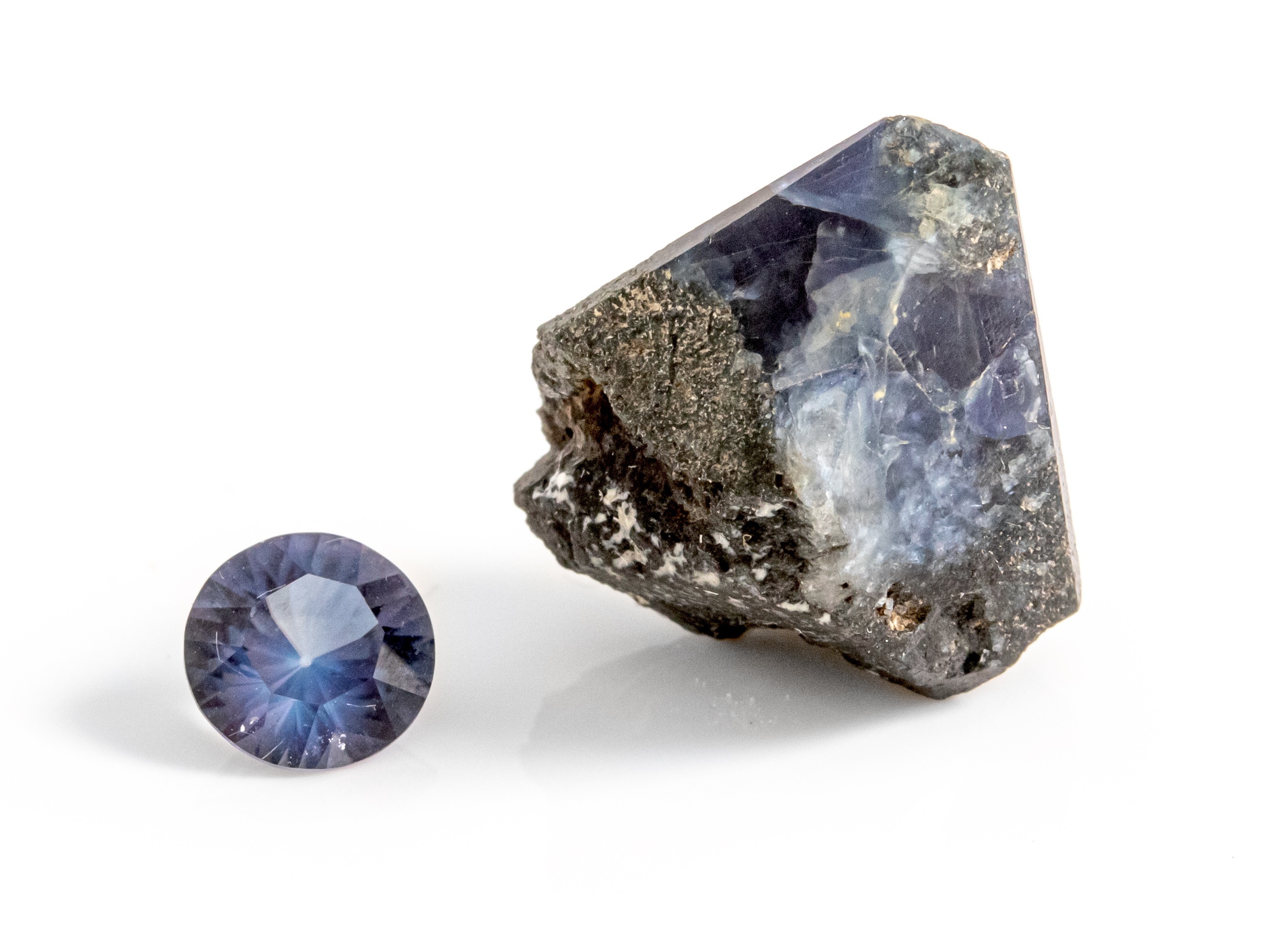 Once these rocks were in place, a later intrusion of syenite (intrusive igneous rock similar to granite but containing less than 5% quartz) in the southern portion of the serpentinite body took place. This caused hydrothermal alteration to occur in localised areas of the serpentinite and its tectonic inclusions (Tsujimori, 2007).

The benitoite is solely found in the hydrothermally altered zones of the blueschist and, even then, only when the amphibole and pyroxene show recrystallisation; there is dissolution of albite and pervasive infilling of natrolite in the veins (Laurs, Rohtert & Gray, 1997). Even then, the benitoite usually only forms where the veins narrow or terminate and it is always coated by natrolite, which formed in the later stages of alteration. Geologically this is a very narrow window for the growth and formation of benitoite and other accessory minerals like neptunite.

Because of benitoite’s rarity in the world and its very specific growth requirements, it should come as no surprise that its crystallographic properties are also unique. It is a barium titanium silicate (BaTiSi3O9) that forms in the trigonal portion of the hexagonal crystal system. The common form that it crystalizes in is a ditrigonal-dipyramidal habit, which is the most complex form of a trigonal crystal (Louderback & Lawson). This form is so rare, in fact, that it took 77 years for a natural occurrence of this morphology to be found after it was predicted in 1830 (Laurs, Rohtert & Gray, 1997).

Crystals are typically smaller than one centimetre with many of them being highly included. Gemstones are typically very small due to the flat habit of the crystals, with strong colour zoning and inclusions of amphibole and pyroxene. 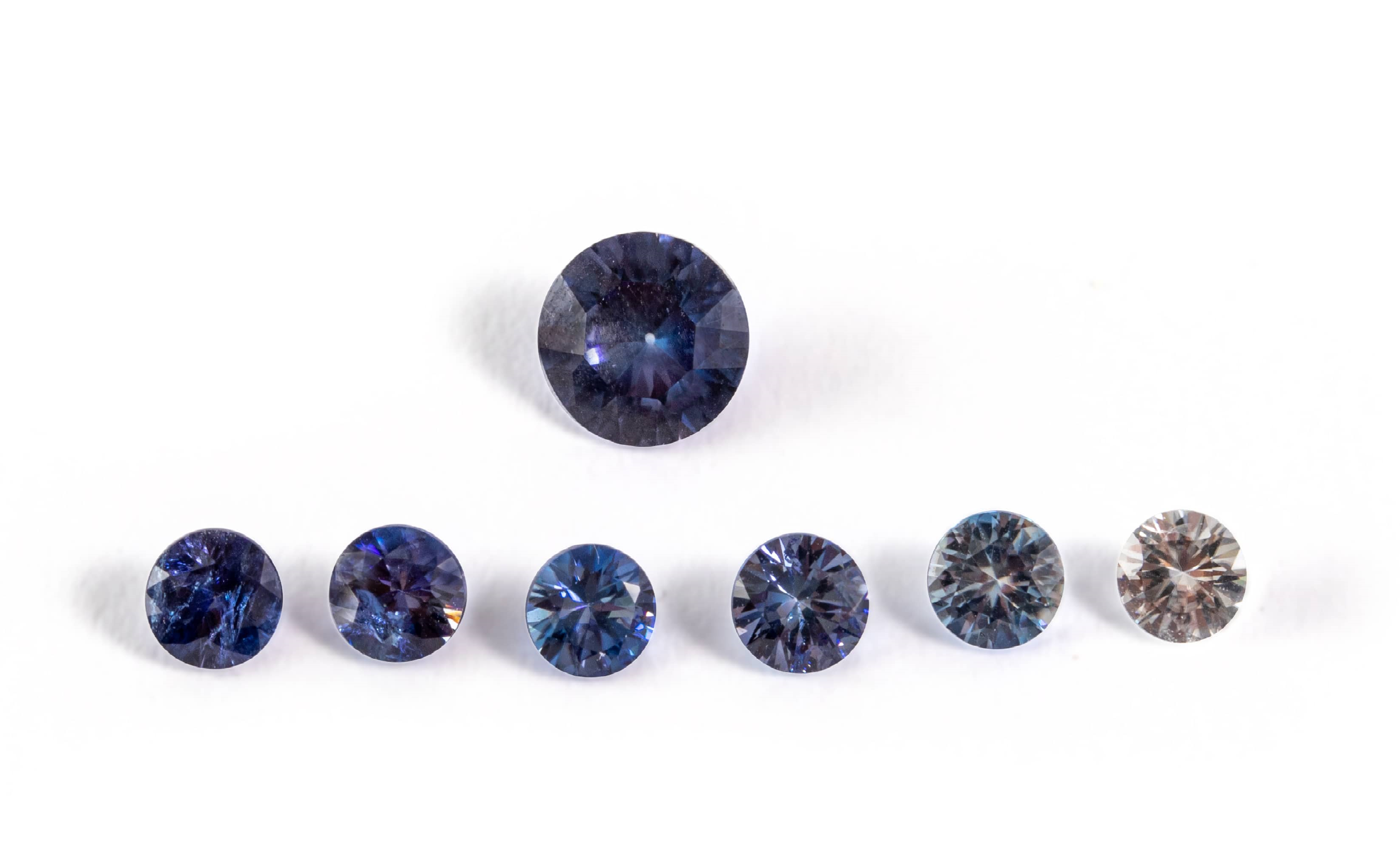 Examples of cut and faceted benitoite in a range of hues.

Cut stones are typically smaller than one carat but many stones larger than 4ct have been produced over the years with the largest cut benitoite weighing in at 15.42ct (Laurs, Rohtert & Gray, 1997). Don’t let the relatively small size of benitoite fool you though; it can come in a beautiful range of colours from blue to slightly purplish-blue, or white to colourless, with very few stones being naturally pink.

Most stones are not treated in any way, but an orange colour can be caused in some stones through heat treatment. Even though the dispersion is sometimes masked by its deep colour, it is in fact higher than that of a diamond. This sets it apart from many other similarly coloured gemstones.

The state gemstone of California is as American as a gemstone can be. It comes from unique geological circumstances, has a rare crystalline structure, and has an incredible story of its discovery by a humble melon farmer turned prospector, looking to improve his family’s lot in life, through determination and a lot of luck. Considering all this, benitoite is truly one of the greatest American treasures.

Main image: An example of benitoite in matrix. Complete bibliography and references available upon request. All images courtesy of JTV.