Zircon is one of the world’s most misunderstood gemstones. Regularly confused with and/or mistakenly linked to man-made cubic zirconia, it is a gemstone many people should learn more about. Gem-A Gemmology Tutor, Pat Daly, explains what makes zircon gemstones so special and explores the properties that make this underappreciated gemstone a great choice for jewellery.

The Difference Between Zircon and Cubic Zirconia

Zircon seems to have suffered the fate that was once reserved for spinel. At one time, a few decades ago, synthetic spinel was one of the commonest artificial materials seen in cheap jewellery, and few consumers had heard of the natural stone.

As a result, spinel became associated with factory-made material. Cubic zirconia is one of the commonest artificial products in today’s jewellery trade, and the reputation of zircon suffers because of the similarity between the two names.

Zircon and cubic zirconia are different stones which resemble each other only superficially. Zirconium is a metal which is a part of the chemical composition of both stones, but, in all other important ways, they are completely different materials. Gem zircon is a natural stone which has not been made synthetically. Cubic zirconia is an artificial product which never occurs in nature. 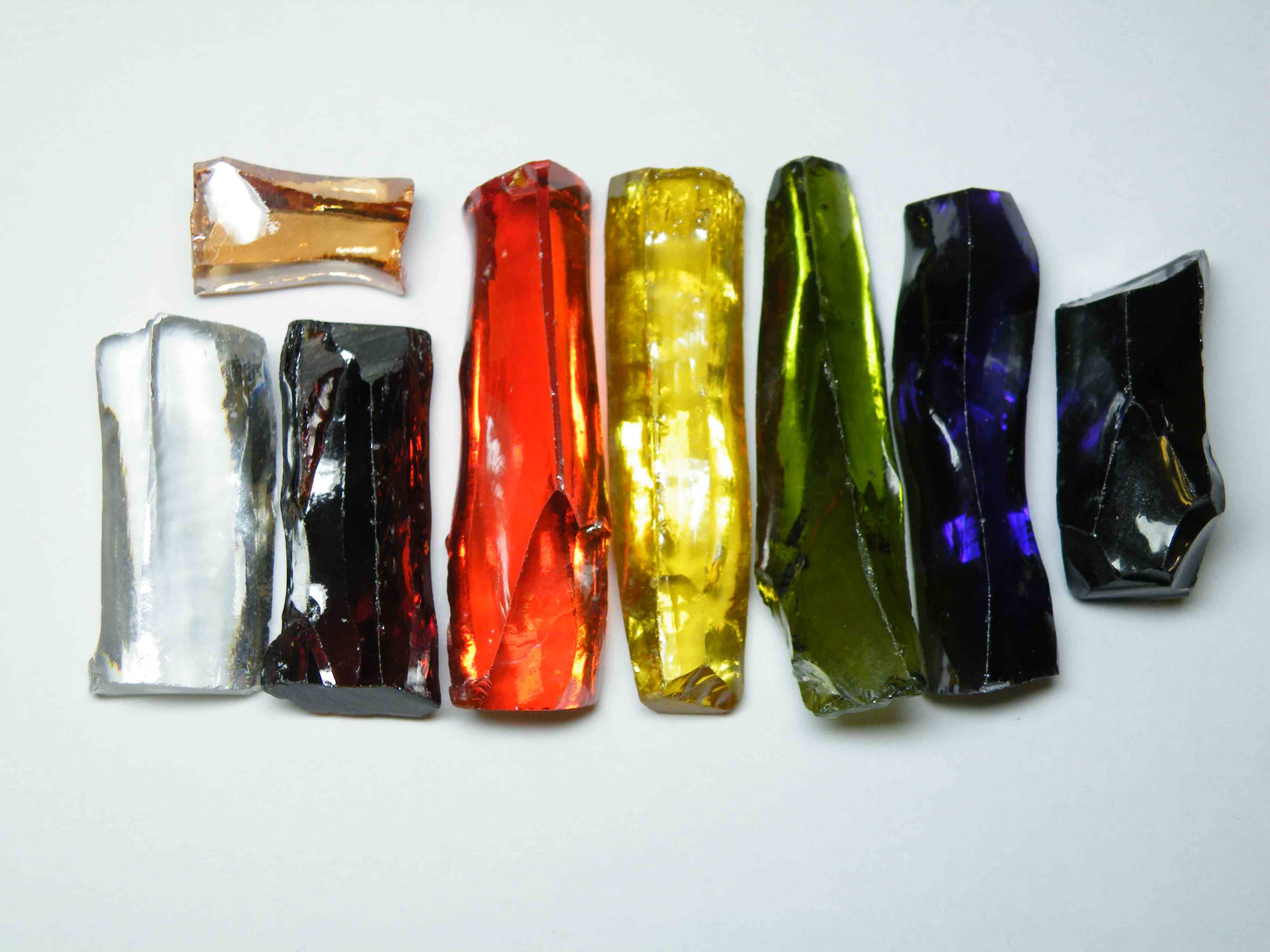 Lustre and Brilliance of Zircon

Zircon is a reasonably hard and tough stone with a bright lustre and good brilliance, which may be found in almost any colour. Lustre and brilliance depend on the ability to reflect light from the surface and from inside a stone. Most gem zircons are transparent and have few inclusions which can disturb the passage of light through them, and this improves their bright appearance.

Fire is the ability of a transparent, faceted stone to split white light into the colours of the spectrum so that, when they are illuminated by a spotlight, flashes of spectral colours are seen as the stone is moved. Few natural gems display this feature to a marked degree, but the fire in zircon comes close to that of a diamond.

Where Are Zircons Found?

The most popular zircons in European and American jewellery are transparent, blue, white and golden-yellow stones, usually cut in the brilliant style to show their optical effects and colours to their best advantage. 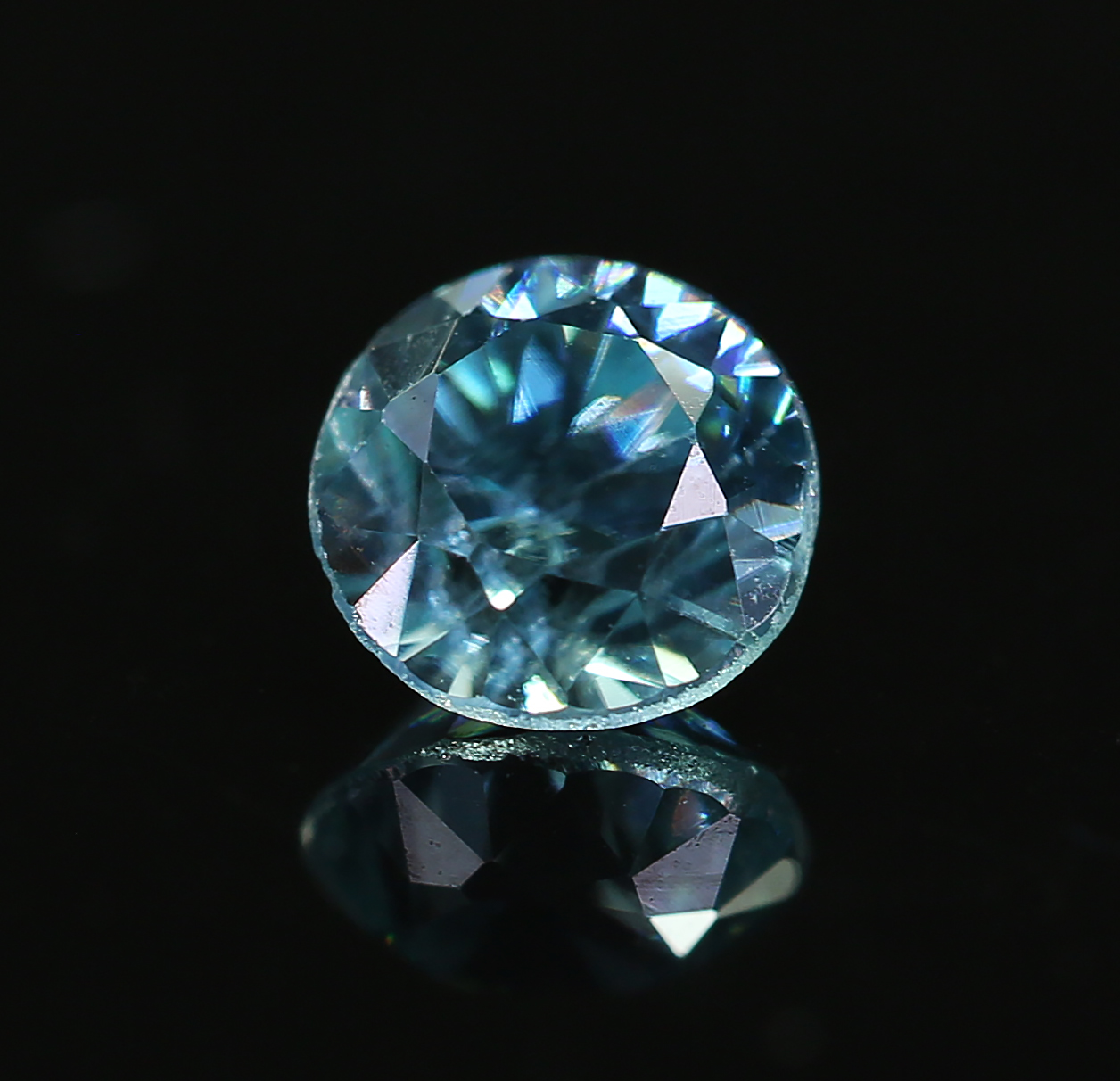 An example of a bright blue zircon gemstone photographed by Henry Mesa.

Most of these stones originate in Cambodia and are brown when they are mined. Heat treatment turns some of them blue, others white or yellow. Other colours of zircon include brown to green, yellow, orange, red and purple. All of them benefit from the brilliance of the material, which adds visual interest and makes them eye-catching. At present, these colours are seen less commonly in formal styles of jewellery, but they are seen in multi-stone necklaces and bracelets from Sri Lanka, for example.

The main, though not the only, sources of gem quality zircon are Cambodia, Thailand, Myanmar and Sri Lanka. The stone has been used for hundreds to thousands of years, though its history is not well known because there are few records of gemstones from these times and the identities of the stones mentioned are not always certain.

Since Sri Lanka is a major source of gems, however, and sapphires from this country are thought to have been exported to Europe and China more than 2000 years ago, it is probable that zircons were traded too.

Fire is the ability of a transparent, faceted stone to split white light into the colours of the spectrum so that, when they are illuminated by a spotlight, flashes of spectral colours are seen as the stone is moved. Few natural gems display this feature to a marked degree, but the fire in zircon comes close to that of a diamond.

Where Are Zircons Found?

The most popular zircons in European and American jewellery are transparent, blue, white and golden-yellow stones, usually cut in the brilliant style to show their optical effects and colours to their best advantage.

How Old Is Zircon?

Although gem-quality stones are rare, the mineral zircon has a worldwide distribution, and crystals may be very old because the stone is durable and resistant to change. The oldest recorded zircons are about 4.4 billion years old, close to the age of Earth itself. They have been found in Australia, as detrital grains, not of gem quality, in a sedimentary rock which was formed after the erosion of the one in which the zircon grew. Gem zircons are not so old. Some of those from Sri Lanka have been dated at about 500 million years, and some Cambodian stones to about 1 million years. 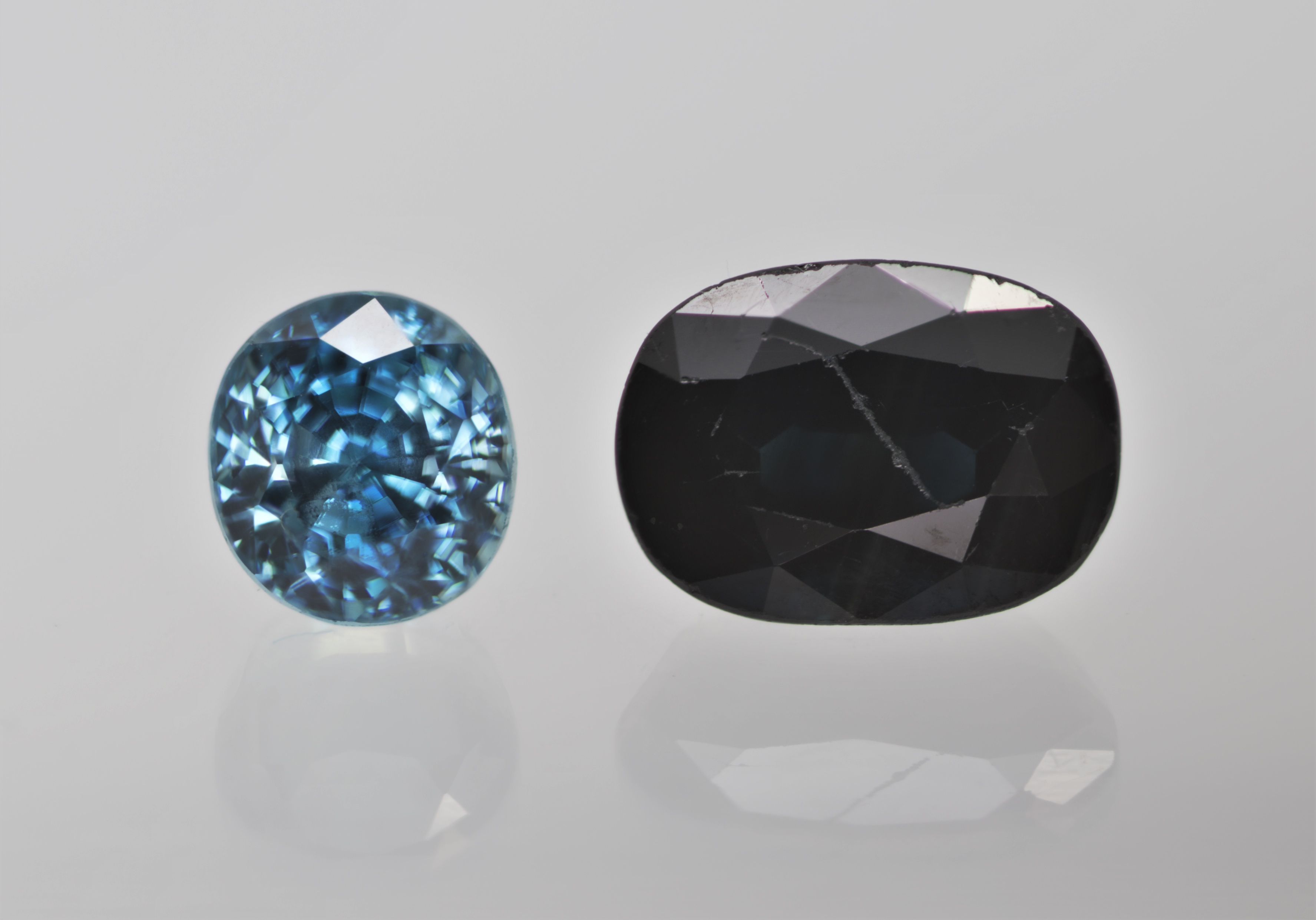 A fine zircon gemstone (left) next to a dark coloured sapphire from the Gem-A Archives.

Zircon can be dated with confidence because, when it grows, it incorporates small amounts of uranium. Over time, this breaks down into other chemical elements, including lead. The proportions of the trace elements present in the stone enable scientists to establish ages for zircon crystals and for zircon inclusions in rocks and minerals. For example, this has been used in gemmology to distinguish sapphires from Kashmir, containing zircons less than 50 million years old, from stones from Madagascar, which resemble them closely, but whose inclusions give dates several hundred million years older.

The radioactive impurities in zircon break down over time, emitting heavy atomic particles which disrupt the regular arrangement of atoms in the crystal. Over millions of years, the structure may be broken down partly or completely, changing the properties of the material. Gemmologists must take such variations into account when identifying zircons.

Zircon is distinctive because few stones have such a bright appearance. Many gemstones share the property of dividing light into two parts so that doubled images of, for example, facet edges on the pavilion may be seen through the crown of the stone (see the main article image). 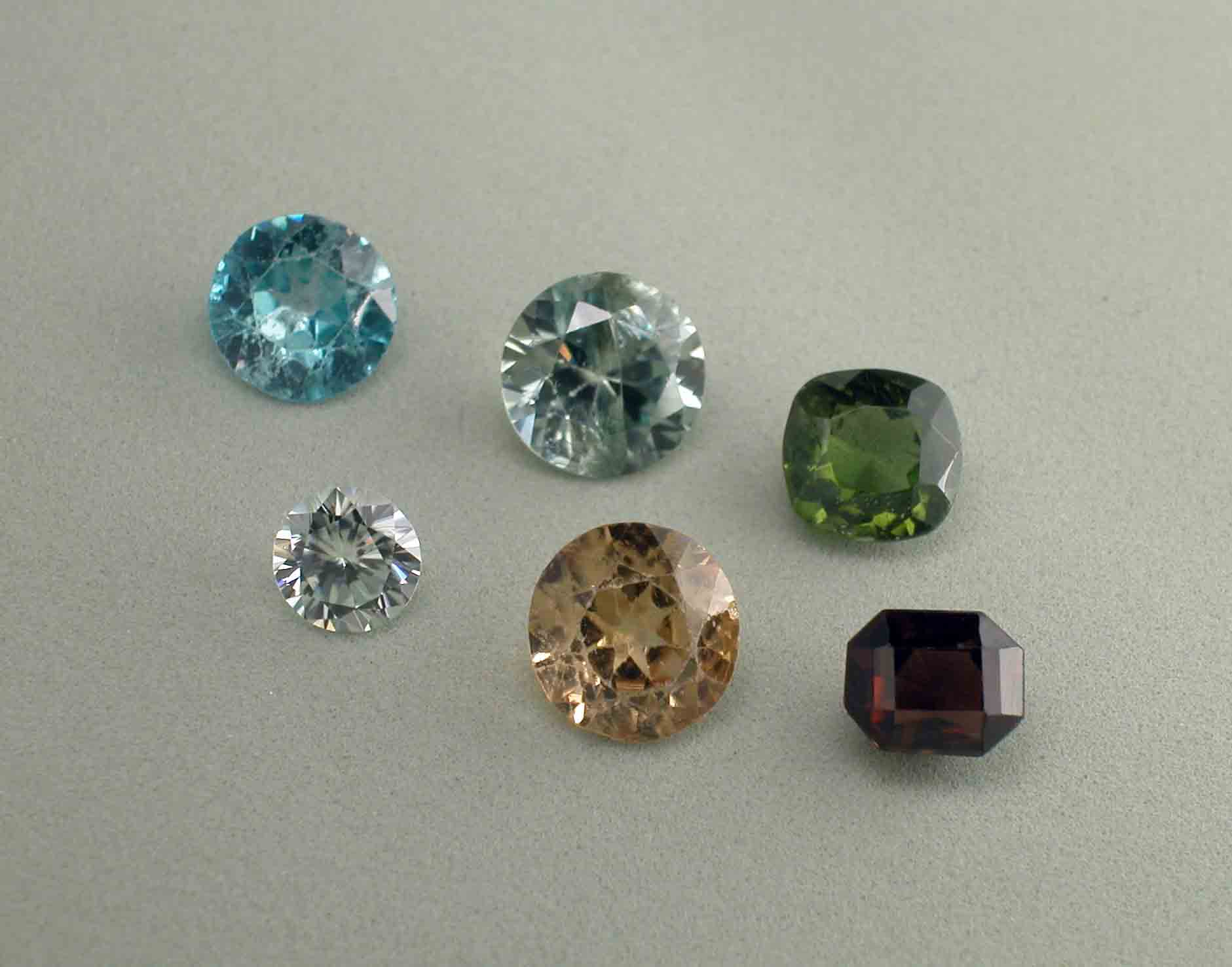 A group of multi-coloured zircon gemstones from the Gem-A Archives.

In most stones, however, the property is hard to see without careful inspection. This is not the case with zircon, in which it may be noticed, in large stones, with the unaided eye. In stones which have suffered a breakdown of the crystal structure, which are called low zircons, this property may be reduced or eliminated, and this is one of the factors which must be considered by a gemmologist.

The optical properties of zircon cannot be measured with a refractometer, one of the main gemmological instruments, but most stones can be identified with a spectroscope. This instrument splits light into the colours of the spectrum, parts of which may be absorbed from light passing through a stone, creating a pattern of shadows against a ribbon of coloured light. The pattern of shadows produced by most zircons is variable but easily recognised, especially because there is a line or band in the red, in low zircons, as well as in others.

A very few rare, mostly brown, collectors’ stones show a pattern resembling it, and some zircons do not show a spectrum. These exceptions must be dealt with by additional tests, but it is found that most zircons are fairly easy to identify. 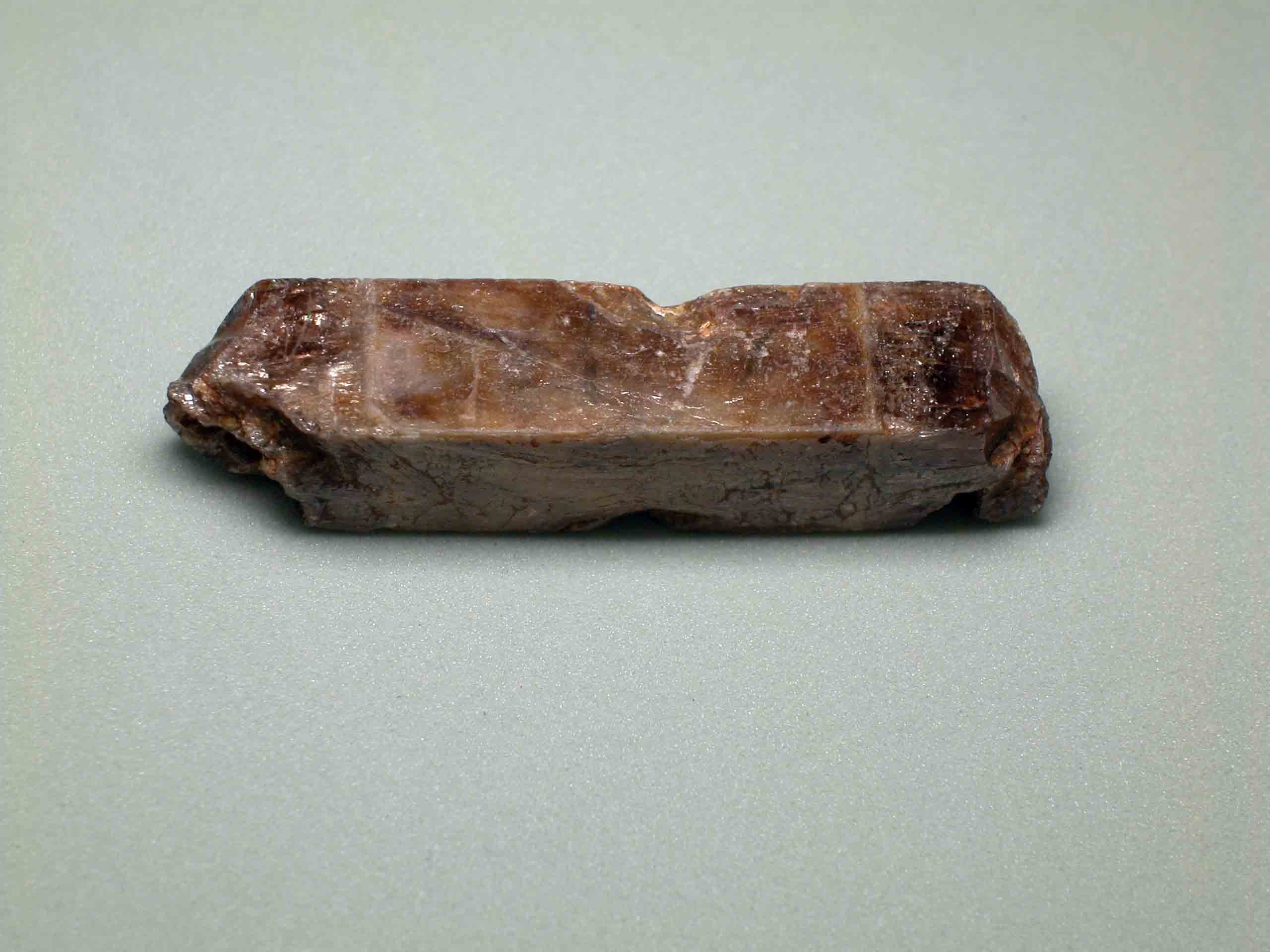 A rough zircon crystal from the Gem-A Archives.

Most zircon has a hardness which is in the same range as quartz gems, garnets, emeralds and others. These stones may be scratched by contact with sapphires, rubies and diamonds and should not be allowed to rub against them when jewellery is stored after use. They may also be scratched by industrial and some household abrasives. Low zircons have a lesser hardness, similar to tanzanite and peridot, and deserve to be treated more gently.

Zircons, especially heat-treated stones, are brittle and will become chipped along facet edges if they are not worn and handled carefully.

Zircons are resistant to chemical changes, but some heat-treated stones may discolour if exposed to ultraviolet, so they should not be left for long periods in sunlight. When testing zircons, it is unwise to expose them to short-wave ultraviolet radiation, which may induce an unwanted yellowish colour (this tends to fade when the stone is kept in the dark, but it may take days or weeks to happen). 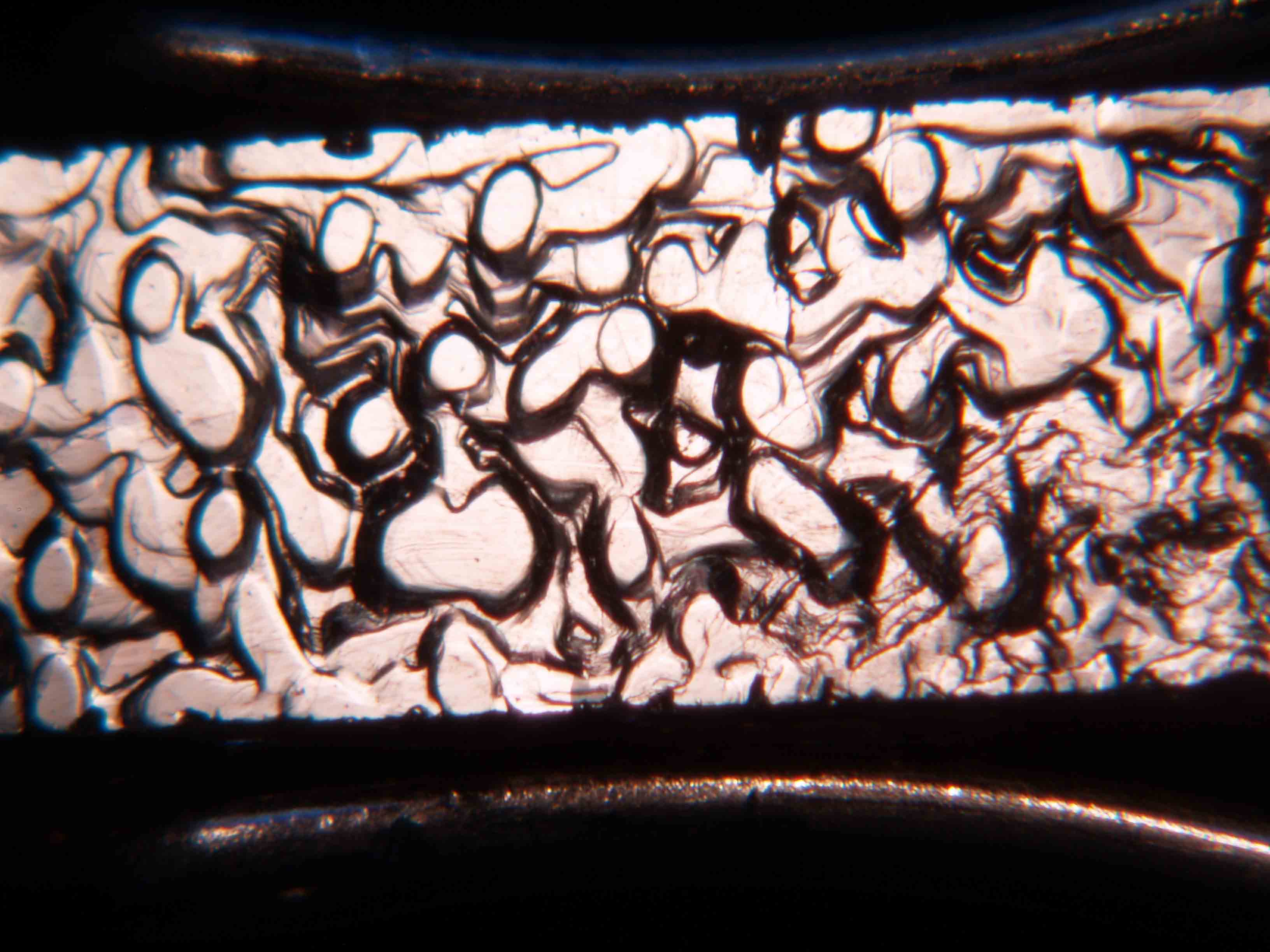 Surface markings on a zircon crystal under the microscope from the Gem-A Archives.

In conclusion, zircon is a beautiful coloured stone which is available in relatively large sizes at a cost that is moderate when compared with some better-known stones. It is suitable for all kinds of jewellery and, provided that it is treated with reasonable care, it will survive a lifetime’s wear in good condition.

Improve your knowledge of zircon by studying gemmology here at the Gemmological Association of Great Britain (Gem-A). Discover our online-only beginner’s gemmology course, GemIntro, and get started today.