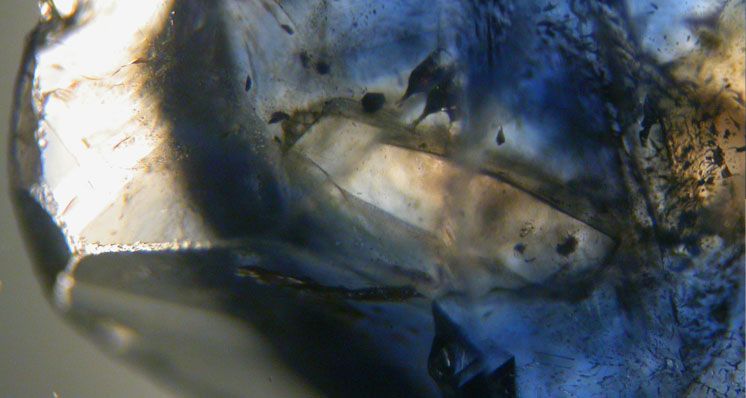 Legend describes sapphire as a stone of purity, honesty, trust and prosperity, bringing inner peace and protection to its wearer. From a gemmologist’s perspective, sapphire is an important variety of the mineral corundum and an integral part of the global trade in coloured gemstones. Here, we consider the many facets of sapphire, from inclusions and treatments to synthetics, engagement rings and royal connections.

Those born in September are lucky enough to count sapphire as their birthstone. This ‘royal’ gem is often described as one of the ‘big three’ – sapphire, ruby and emerald – or perhaps ‘big four’ – sapphire, ruby, emerald and tanzanite’ – in the world of coloured gemstones.

Sapphires have always been prized for their colour and are believed by some to bring their wearer wisdom and truth. Historically they were thought to attract divine favour, prevent the wearer from suffering envy, promote serenity and give one peace of mind. Often used in engagement rings, sapphires are an ancient symbol of fidelity. 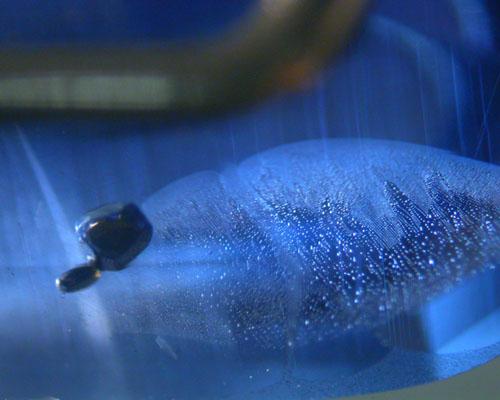 The word sapphire originates from the Greek word sappheiros, meaning ‘blue stone’. Sapphires are traditionally associated with the colour blue but they can come in any colour aside from red, which would be a ruby. One of the most valuable colours of sapphire is a natural, untreated padparadscha (orangey pink), which means ‘lotus flower’ in Sinhalese.

Sapphires are a variety of the mineral corundum – an aluminium oxide in the trigonal crystal system. These stones are most commonly sourced in Australia, Cambodia, Myanmar (Burma), Sri Lanka, Thailand and in some parts of Africa.

When mined in their natural rough form, sapphires can appear dark and dull until their true colour shines through once polished, cut or treated. The origins of sapphires can directly affect the clarity, carat, cut and colour of the stones and therefore determines their value and popularity to the trade.

Sapphires that are mined within Sri Lanka or Thailand have been considered by many to be the most valuable due to their clarity and brilliance of colour. Like many natural stones, it is the presence of visible inclusions within the crystal structure that can sometimes - but not always - indicate where in the world the sapphire has been mined. 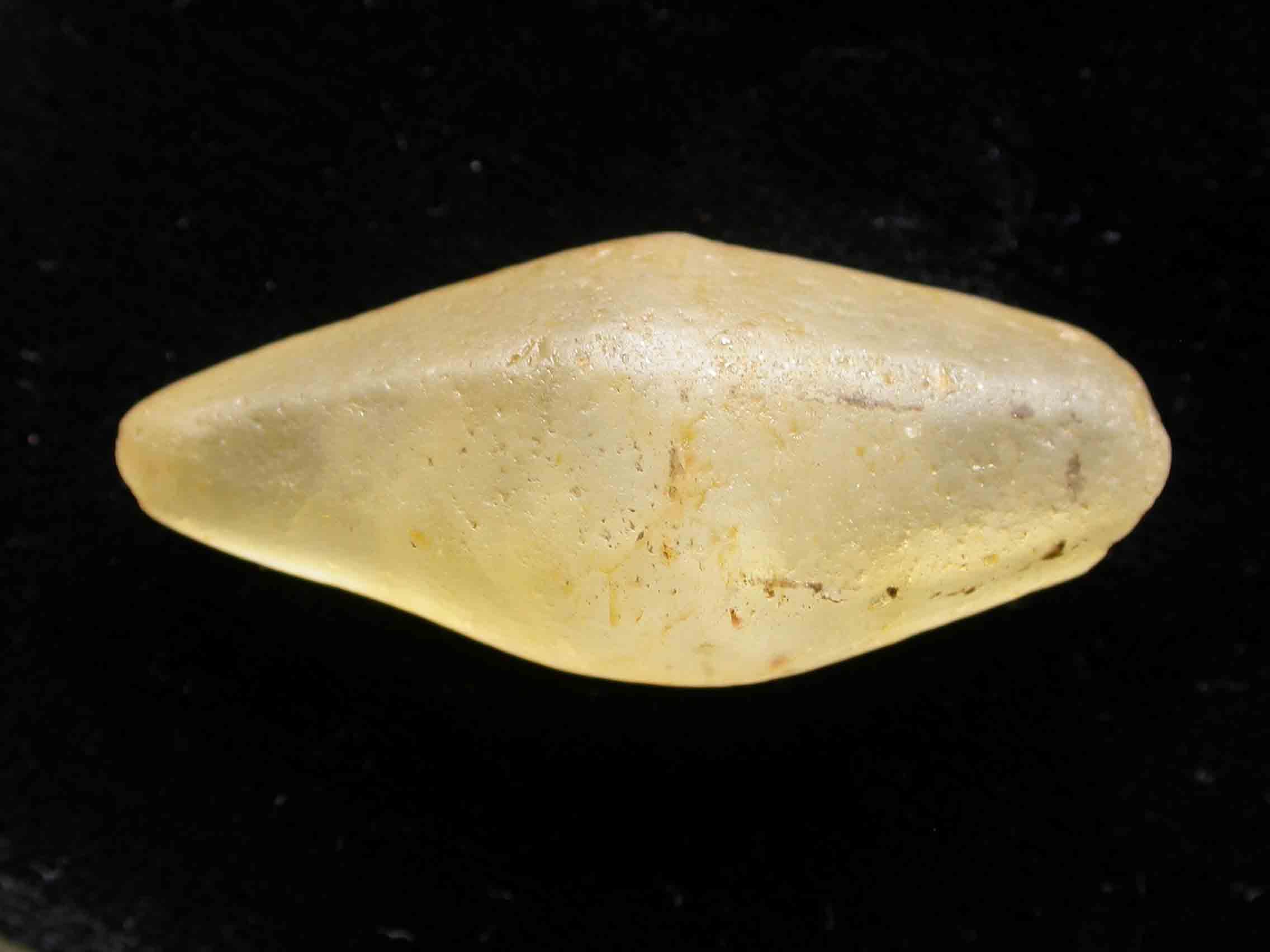 Measuring at nine on the Mohs scale of hardness, sapphire is well known for its good durability and refractive index of 1.76 to 1.78. The resilience of these stones makes them highly desirable not only for the fine jewellery market but also to industry for electronics and scientific instruments.

Due to its high ability to withstand scratching, sapphire is one of the most popular choices for engagement rings and other jewellery pieces for everyday wear.

Today, sapphire has become the second most popular choice of gemstone after diamond for bridal jewellery and fine jewellery, collections. One of the world’s most famous sapphire jewellery pieces is the blue sapphire and diamond engagement ring given to Lady Diana by Prince Charles in 1981. Prince William proposed with this 18ct oval sapphire ring to his now wife, Kate Middleton, in 2010.

Traditionally, sapphires are thought of as only appearing in naturally vivid blue. In fact, this gemstone can occur in a wide rainbow spectrum of colours; from canary yellow and tropical orange to fuchsia pink. The red variety of corundum is otherwise known as ruby.

Sapphires get their colour from different trace elements. The presence of iron and titanium are responsible for the blue tones, while traces of chromium cause pink tones. Ruby red is a result of more chromium present in a stone’s chemical structure.

Sapphires can be found as either well-defined crystals or water-worn pebbles, depending on the type of gem deposit. If well-formed, they will take the shape of a hexagonal bipyramid or hexagonal barrel-shape with striations running horizontally across the crystal faces. They are often colour-zoned across the crystal or with hexagonal zoning in their cores. 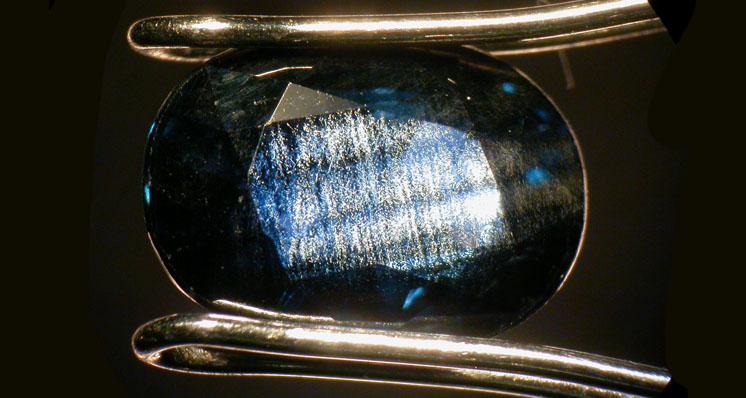 Inclusions are numerous and varied. A few include silk, zircon haloes (circular stress cracks around a zircon crystal), hexagonal and straight colour zoning, feathers (partially healed fractures), negative crystals, two-phase inclusions of a gas and liquid, and fingerprints, which are especially neat feathers.

Generally, the presence of inclusions within a sapphire will make it less valuable, especially if this influences the stone’s overall durability. However in some cases, with Kashmir crystals for instance, the opposite is true. Sapphires sourced in Kashmir, India, often have a very slight milkiness caused by very small inclusions. Colour zoning and stress fractures scatter light to create an almost velvet optical effect without compromising the stone’s transparency. The Kashmir mines are no longer actively mined which adds to the rarity and desirability of this locality.

Like star rubies, blue and fancy coloured sapphires can display asterism due to silk inclusions. To form a star, corundum needs to have abundant silk inclusions running in three directions at 120 degrees to one another. In order to best display a star, these gems must be cut en-cabochon with the inclusions oriented parallel to the base.

Light reflects at 90 degrees off of the inclusions to show intersecting, bright bands of light that seem to hover above the surface of the sapphire. Natural star sapphire cabochons are often cut with a slightly rounded base to preserve yield, thereby commanding a higher price.

One of the most famous star sapphires is the greyish-blue Star of India, housed in the American Museum of Natural History in New York. This gemstone is 563 carats and displays a star on both sides, which is atypical.

Read more: The Star of India Sapphire - A Famous Gemstone 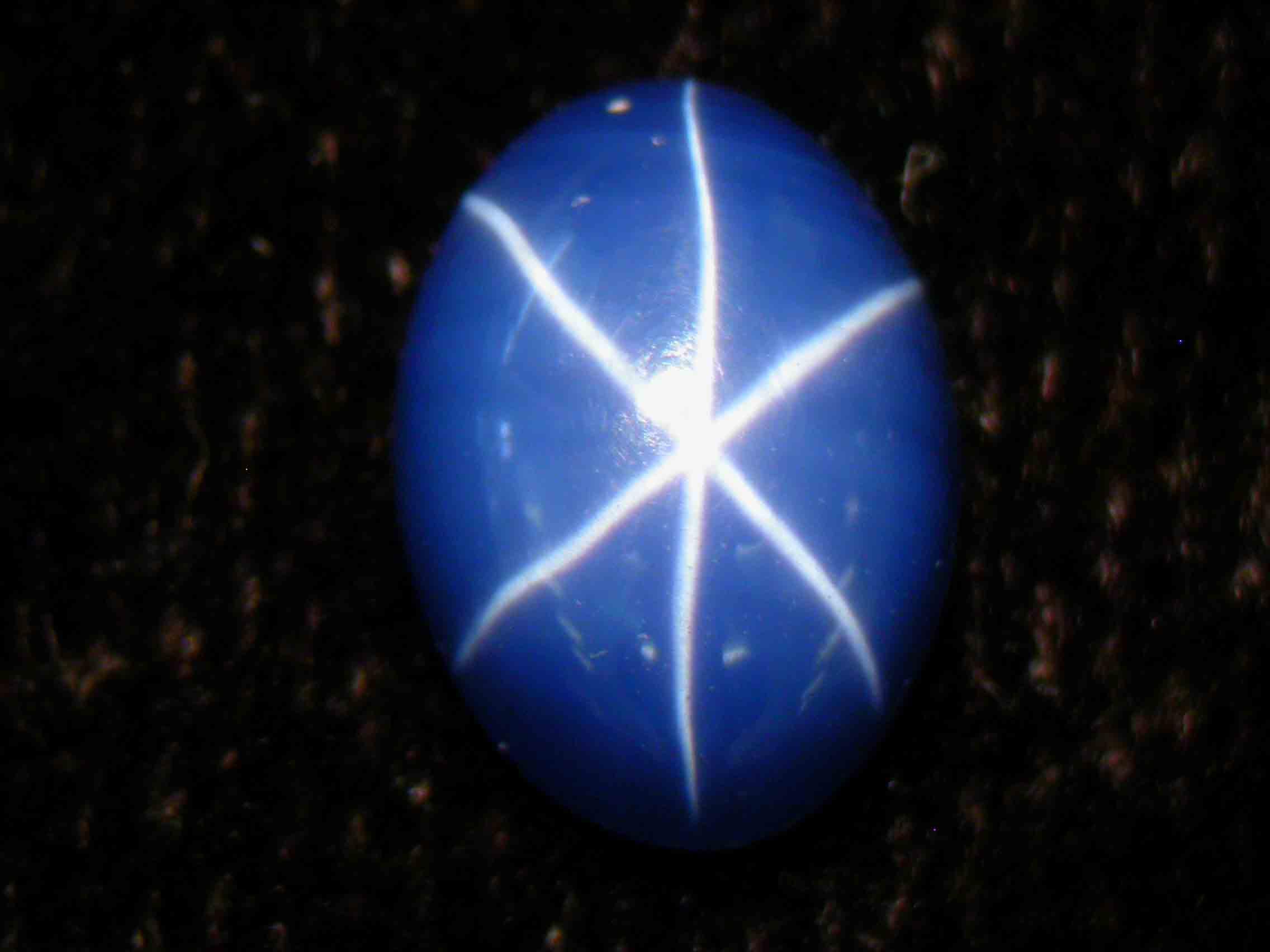 Most sapphires on the market today have been heat-treated to improve their colour. These treatments can enhance and deepen a very pale colour or lighten a very dark sapphire.

Another treatment is surface diffusion, which is achieved by heating an already faceted stone in colouring elements, such as iron and titanium, to produce a stronger blue colour that is surface-deep. The stone is then re-polished to sharpen the facet edges. One way to discover this treatment is to place the stone on its table over a diffused white light either directly on the light or immersed in a liquid such as water or baby oil, and to look at the colour concentration.

The location of the colour's presence within the stone can help to determine whether or not it has been treated. For example, if the colour is mainly concentrated at the facet edges and you can see a clear outline of the stone, it has been surface diffusion treated. If the outer edge of the stone fades away and the colour zoning is straight and does not seem to be dictated by its relation to the facet edges, then it has not been surface diffusion treated.

Lead-glass filling is a treatment that can be used to enhance the colour and overall appearance of all varieties of corundum but is more commonly seen in rubies. The lead glass is used to fill surface-reaching cracks and is often an ideal colour such as a saturated red or a vivid dark blue. To detect this treatment, inspect with a loupe to detect fine lines on the surface of the gem (surface-reaching cracks). 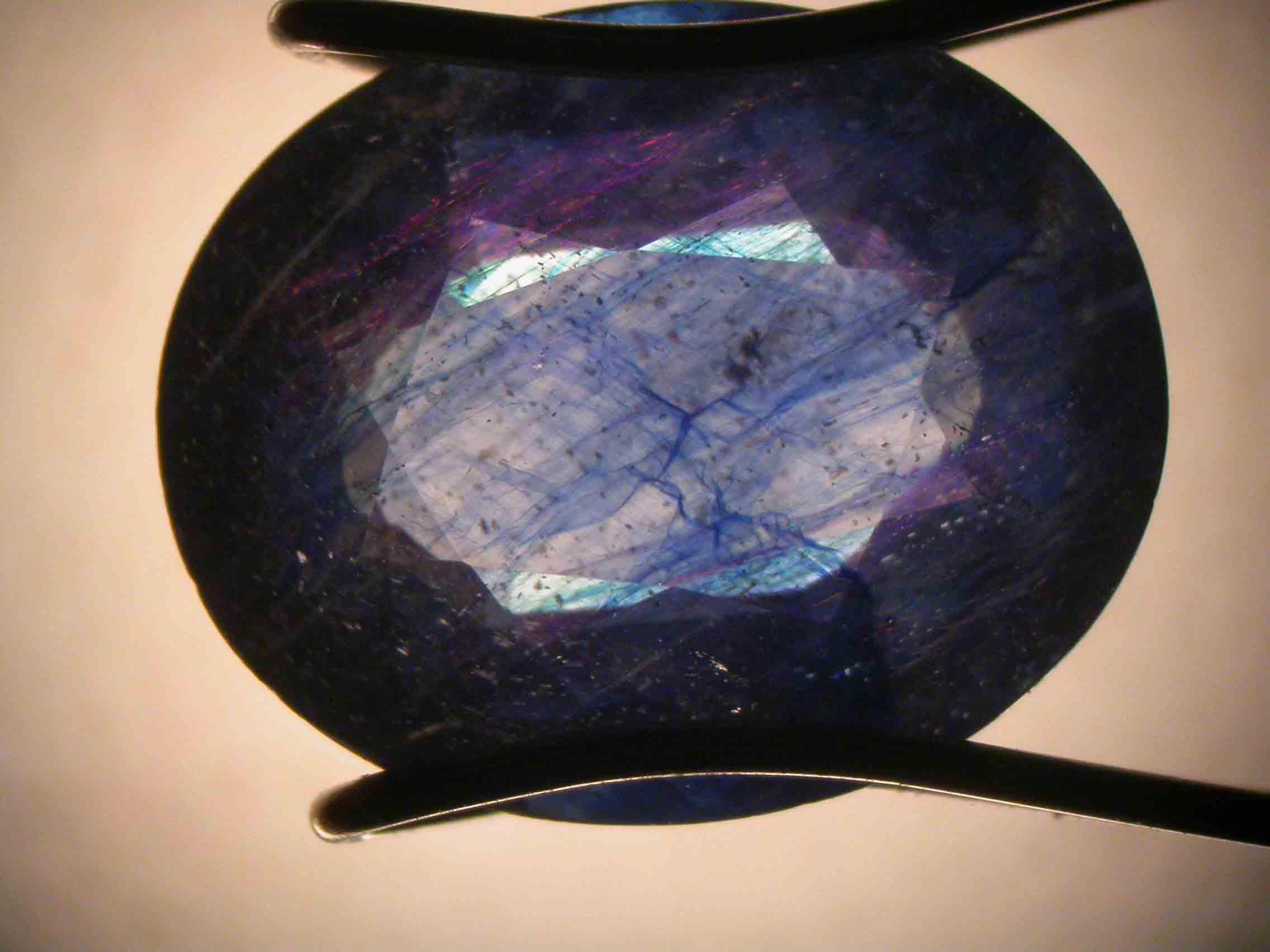 Look for colour-concentration that is limited to cracks within the stone (a key indicator of this treatment), and if there are bubbles, they will be confined to the glass in the cracks. A red flash may be seen in the glass filling.

Whilst synthetic stones display an almost identical chemical composition to natural corundum, uncut synthetic specimens can often exhibit a variety of different crystal habits. One of the ways to separate synthetic and natural sapphires is by their characteristic inclusions. 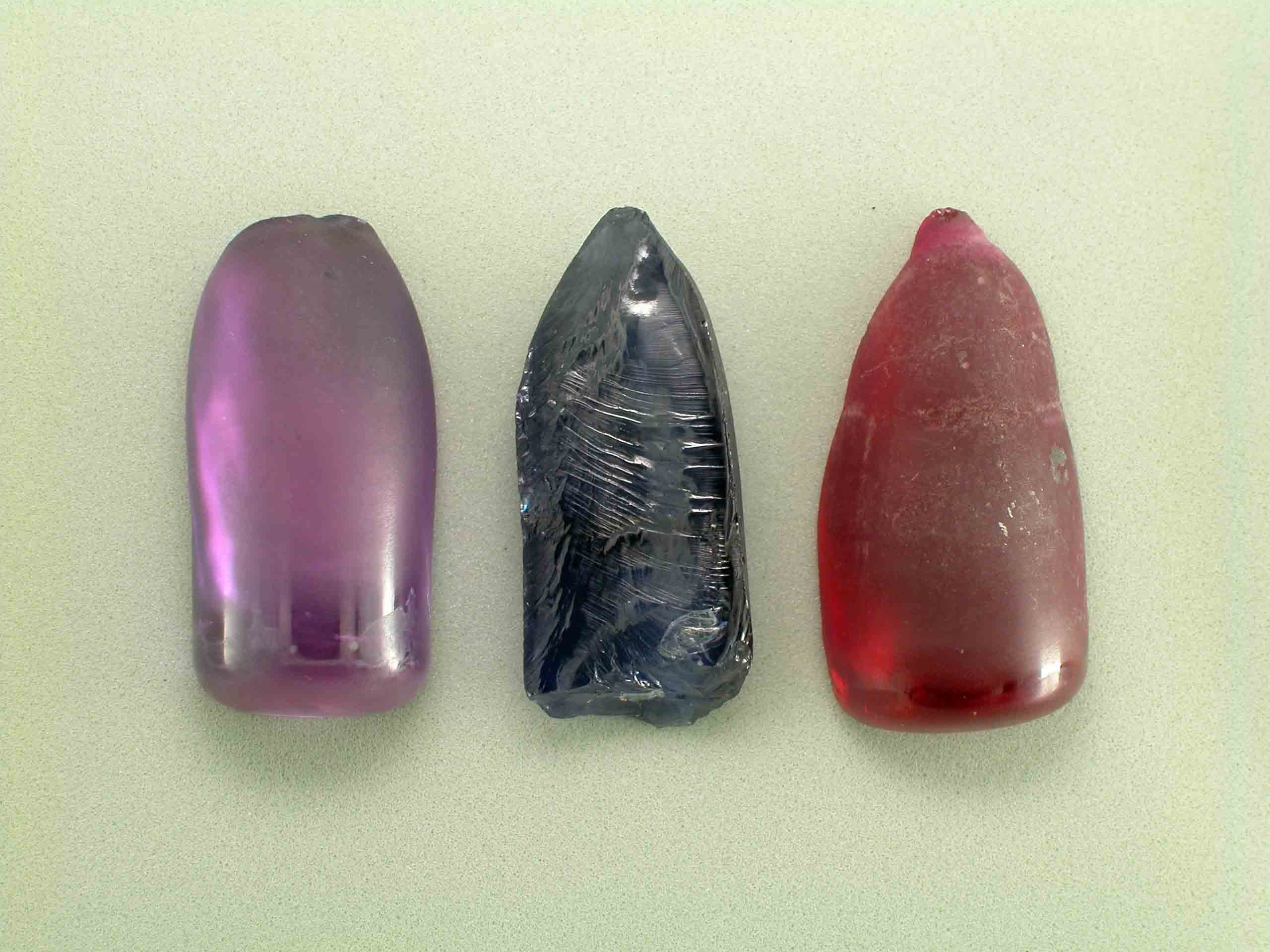 An example of Verneuil flame-fusion in synthetic corundum, which forms as a boule. Image © Gem-A.

These curved growth zones can be detected with both a loupe and a microscope depending on the size of the stone and the visible depth of colour saturation. Elongated gas bubbles as well as induced 'fire marks' caused by the polishing process may also be seen on the surfaces of the facets. These ‘fire marks’ are typical of corundum polished without sufficient care and are an indication, but not irrefutable proof, that the stone is synthetic.

Sapphires have a hardness of 9 on the Mohs scale of hardness, and their ability to resist scratching and wear while taking a bright vitreous polish, not to mention their irrefutable beauty, makes them ideal for everyday wear. For good practice, do not put these gemstones in ultrasonic cleaners and be careful when setting them as they can chip or fracture.

Heat treatments are relatively stable and will not affect the stone’s ability to be cleaned. However, if a sapphire is filled with cobalt-coloured lead glass, that is a totally different story and care must be taken when the stone is cleaned and also when it is taken to a jeweller for setting or jewellery repair. It is crucial that you are aware of this type of treatment as lead glass has a lower melting point than sapphire and will leak out of the stone should it be heated by a jeweller’s torch.

Start your gemmology journey with our range of Short Courses and Workshops.

Find out more about the Gem-A Gemmology Foundation course here, or speak to our Education department via education@gem-a.com.

Tagged under
More in this category: « Understanding Spinel: The Alternative August Birthstone Birthstone Guide: Tourmaline for Those Born in October »
Tweet