As the Gemmological Association of Great Britain, we have a special interest in gemstones that emerge from our home nations of England, Scotland and Wales. Here, Gem-A Tutor Pat Daly FGA DGA takes a closer look at the metals, gems and ornamental materials found within the borders of Great Britain, including quartz, topaz, jasper, agates and blue john.

Great Britain, as opposed to the UK or the British Isles, consists of England, Scotland and Wales, together with several islands, including the Isle of Wight and the Hebrides. Within this area, a wide variety of metals, gem and ornamental materials are found, although the quantities in which they are recovered are small. Most occurrences are in ancient mountain belts, which extend from Scotland through the Lake District to Wales, and across Cornwall and Devon.

Can Important Gem Species Be Found in Great Britain?

Of the more important gem species, there are teasing reports that a few diamonds have been found in the Northwest Highlands and the Southern Uplands of Scotland, and that intrusions capable of bringing them to the surface exist in Scotland and in Devon.

Sapphires, too small to be polished, have long been known from Mull and Ardnamurchan, in Scotland, but gem quality stones were only found in 1984 in an igneous intrusion in the Isle of Lewis. The largest faceted stone from here weighed about 10 carats. The exposure is small, only a few square yards in area, and was found when a farm track was cut through it. This locality is close to a road in a (thinly) inhabited area and illustrates the important point that over much of Britain rocks are concealed beneath bog, forest, moor or farmland, and a great deal remains to be discovered.

Other important points are that all of Britain is owned, mining rights have been claimed over most of it or, like the source of sapphires, localities are included in sites of special scientific interest and must not be disturbed.

Smoky quartz, blue topaz and aquamarine have been found in the Cairngorm Mountains. They aroused a great deal of interest in the 19th century, were set in jewellery of distinctive Scottish styles and are included in royal collections. The largest surviving topaz crystal, which is now in the Natural History Museum in London, weighs about 700 grams.

Gem quality red garnets are found on the north side of the Firth of Forth, small gem quality tourmalines are found in Aberdeenshire and have been reported from Cornwall and small gem zircons have been recovered from several Scottish localities.

Jasper and agates are found in fields and on beaches in many parts of Britain and are so well known from Scotland that they have been called Scotch pebbles. They occur in what were once were once bubbles in volcanic rocks and are found most often in and around the Midland Valley. The Scottish Islands also produce these stones and there is a locality in Rum called Bloodstone Hill because of the occurrence of that stone. Beaches in Northern England, Cornwall and Wales also yield agates, and they have been found inland in Somerset. 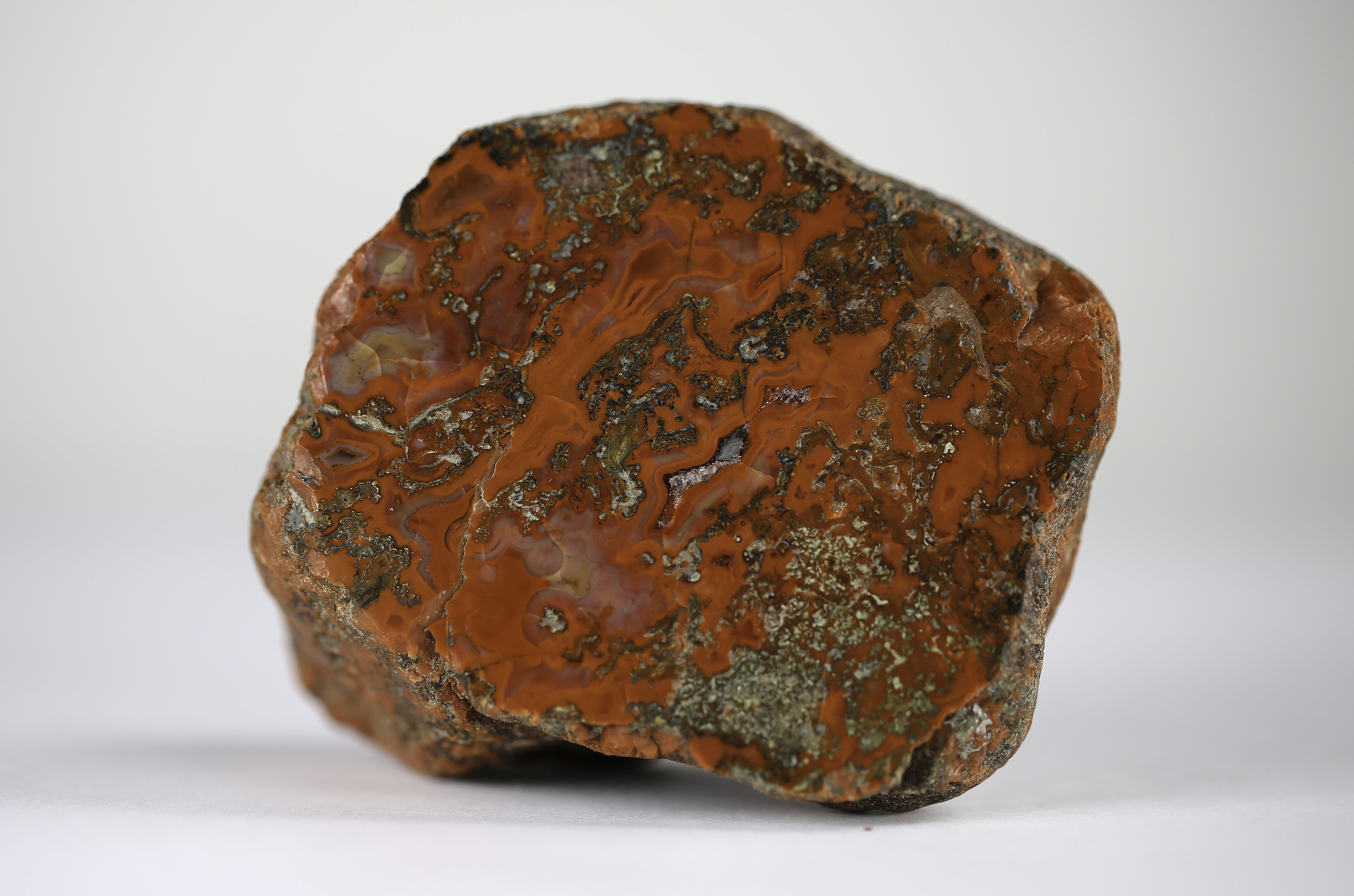 Pearls were once fished from British rivers, most recently from some Scottish ones, and it is thought that control of a source of pearls was one of the reasons for Julius Caesar’s invasion of England. Pearl mussels are long-lived and require clean water and lack of disturbance to prosper. They are now rare; disturbance of any kind is illegal and only those which were recovered prior to 1998 may be sold legally.

Other decorative materials from north of the border include prehnite, various marbles containing serpentine, such as those from Iona and Skye, and granites, which have been used in Scottish-themed jewellery. 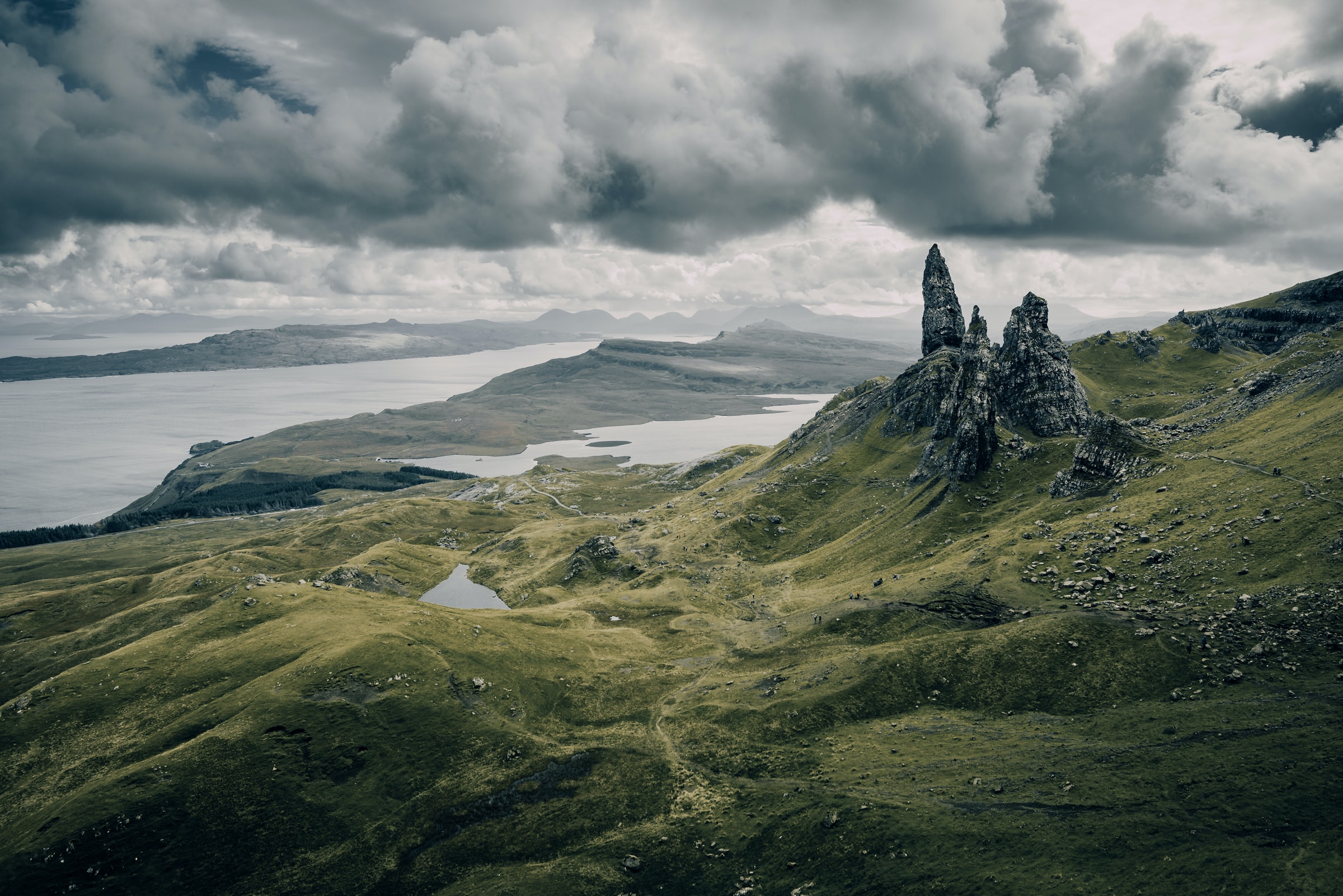 England has produced gem materials as well, though they are not among those that many people associate with the word. Jet, a black, opaque variety of fossilized wood from around Whitby in Yorkshire, has been used for centuries, and was very fashionable during the later 19th century. It is fashioned and set in jewellery today although smaller amounts are available to craftspeople.

Amber, another fossil material produced by trees, may be found on the coast from Suffolk to Lincolnshire. It was thought that it had been transported from the Baltic, but recent studies suggest sources beneath the North Sea. Amber is also found on the Isle of Wight, but it is of scientific rather than gemmological interest. The oldest amber, dating back to about 300 million years, has been found in coal seams in Yorkshire. This material too is of scientific rather than commercial interest. 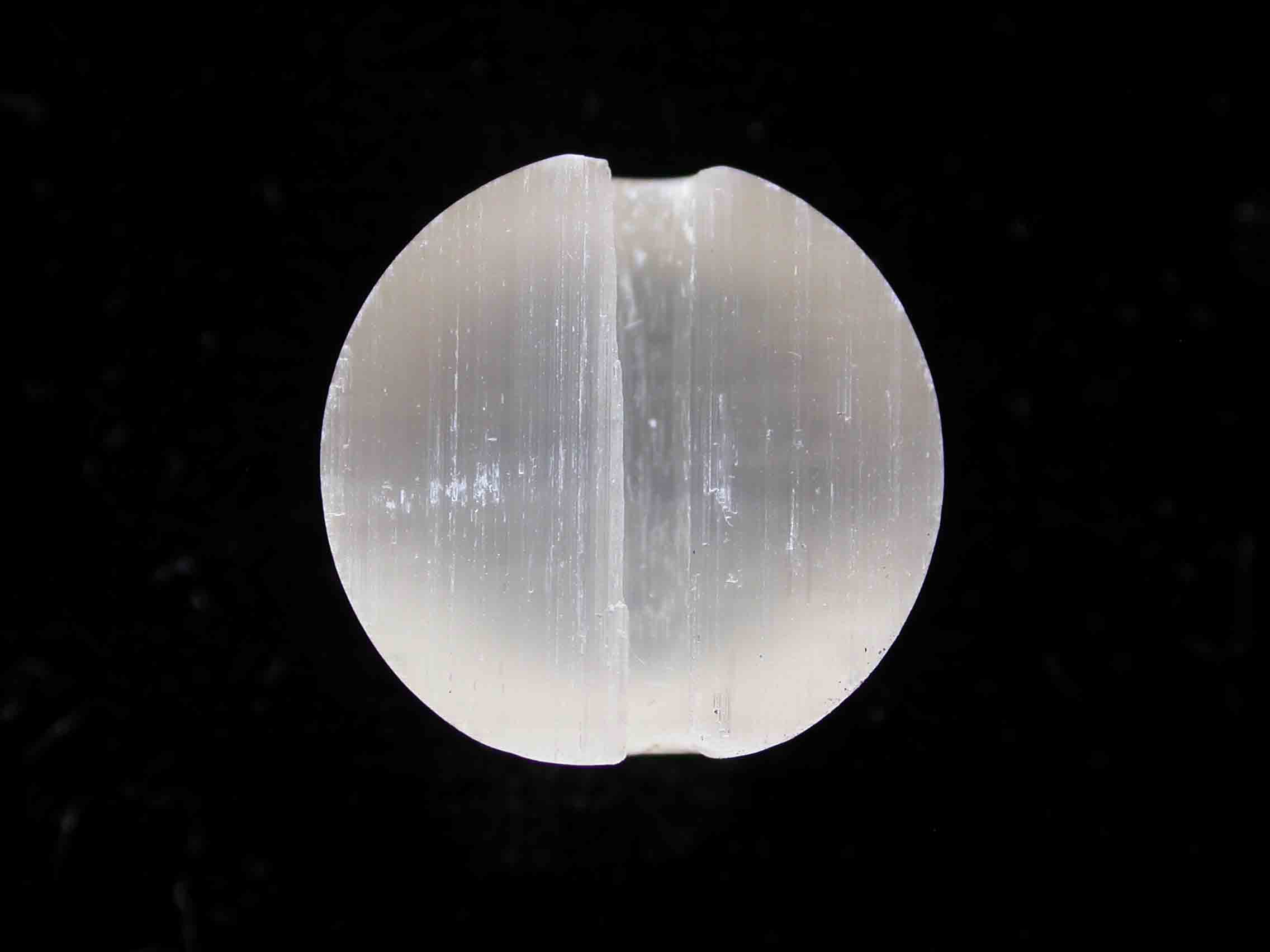 Cumbria was a source for the grey, metallic-looking gem material hematite, an important ore of iron, though mining has now ceased. Gypsum has been mined in the midlands and elsewhere for centuries. From about the 14th to the 16th centuries, it gave rise to an industry producing carved panels, mostly with religious themes, which decorated churches and private dwellings in England and abroad.

The fibrous variety of gypsum, called satin spar, could also be used for decorative purposes. Another variety of satin spar, cut from veins of fibrous calcite, a by-product of Cumbrian metal mining, was popular in the late 18th and early 19th centuries. 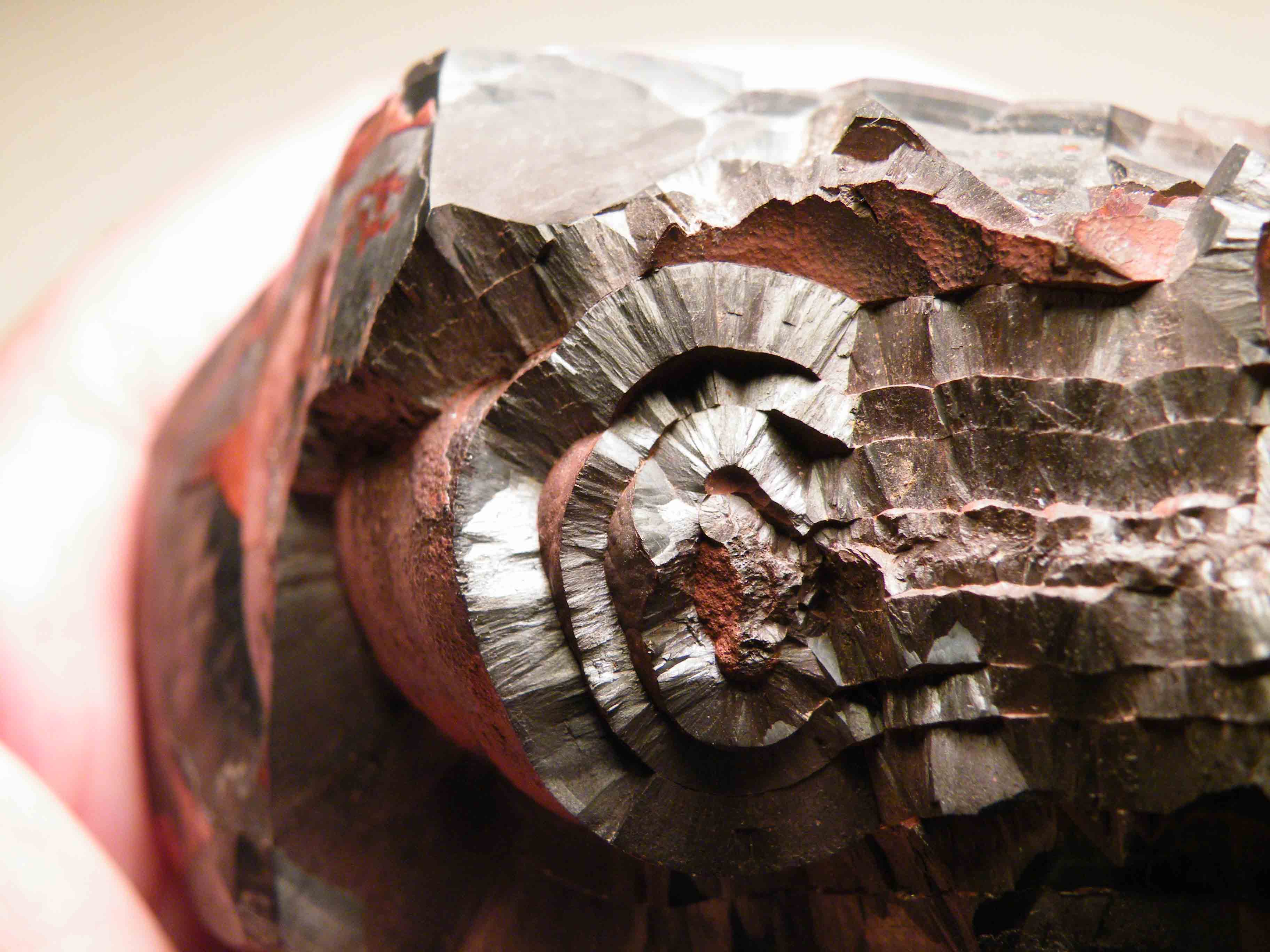 Blue john is a variety of massive fluorite which is unique to Great Britain. It has been mined in Castleton, in Derbyshire, at least since the mid-18th century and became very popular at about that time. Many examples of ornaments made from this blue and yellowish-banded stone may be seen in museums and in stately homes which are open to the public. Small amounts are mined today and are used mostly in jewellery. Fluorite from other localities, such as Weardale in County Durham, has been faceted for collectors, though it is rather soft and fragile for normal wear. 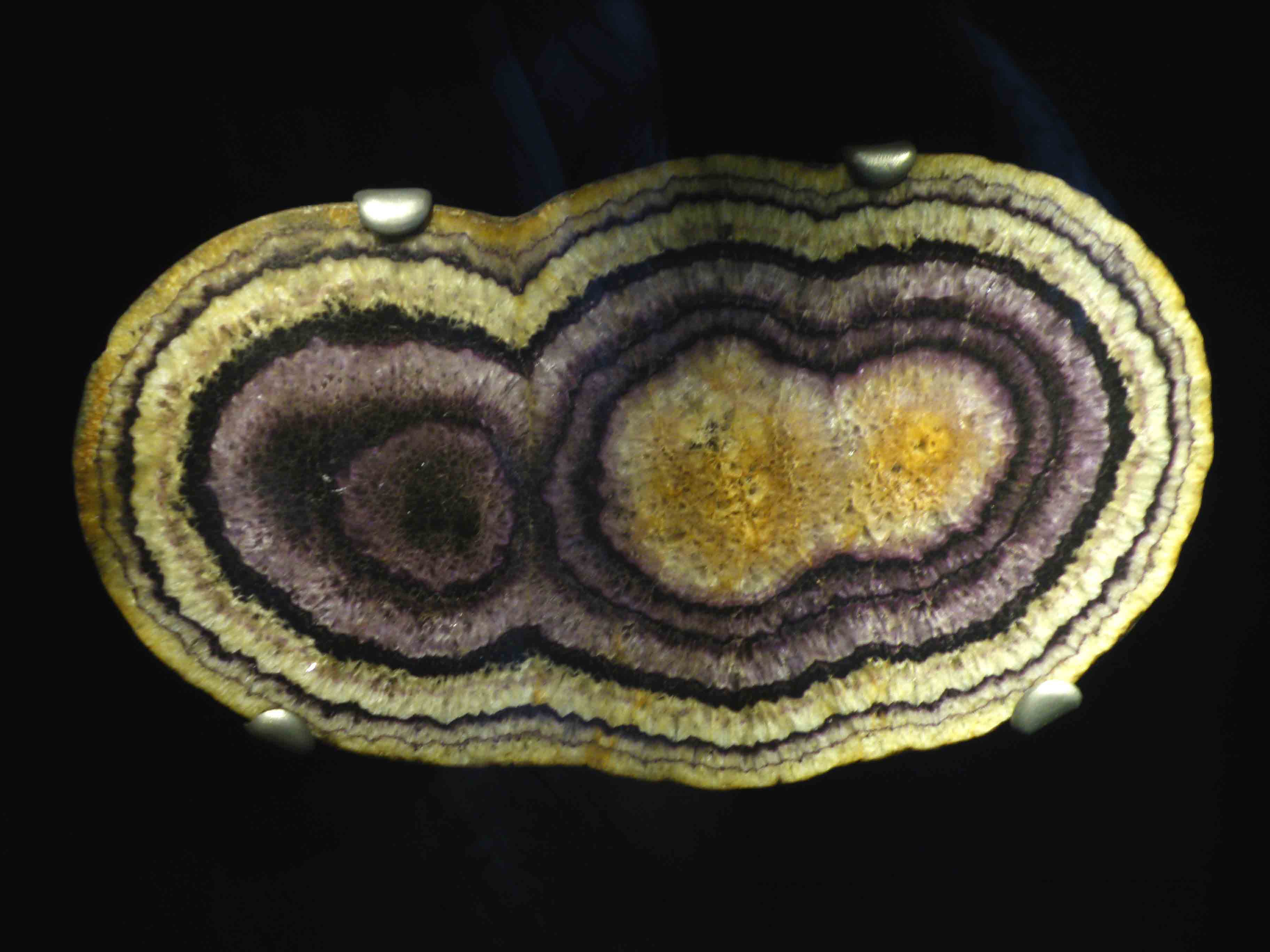 The midlands and the north of England also produced decorative limestones. One of them, a black rock from Derbyshire, was used as a base material for inlay, in which coloured stones were set in the plain material to create naturalistic patterns. This work was carried on as a local industry during the 19th century, producing decorative household items and pieces suitable for jewellery.

Limestone which incorporates algal growths forms patterns which resemble trees and hedgerows. This “landscape marble” is still recovered near Bristol. Well preserved fossil trilobites in limestones from Dudley, in Worcestershire, were sometimes set in jewellery, an example of which is in the collection of the Natural History Museum, and small ammonites from Lyme Regis, in Dorset, have been used to make castings for jewellery.

Quartz Gemstones from Devon and Cornwall

Cornwall and Devon, in southwest England, have produced several gem materials, notably quartz gems such as amethyst, rhodonite and rather porous turquoise as mining by-products. A small industry developed from the carving of serpentine which can be found on the beaches of the Lizard Peninsula, and these may be found in shops in the two counties. 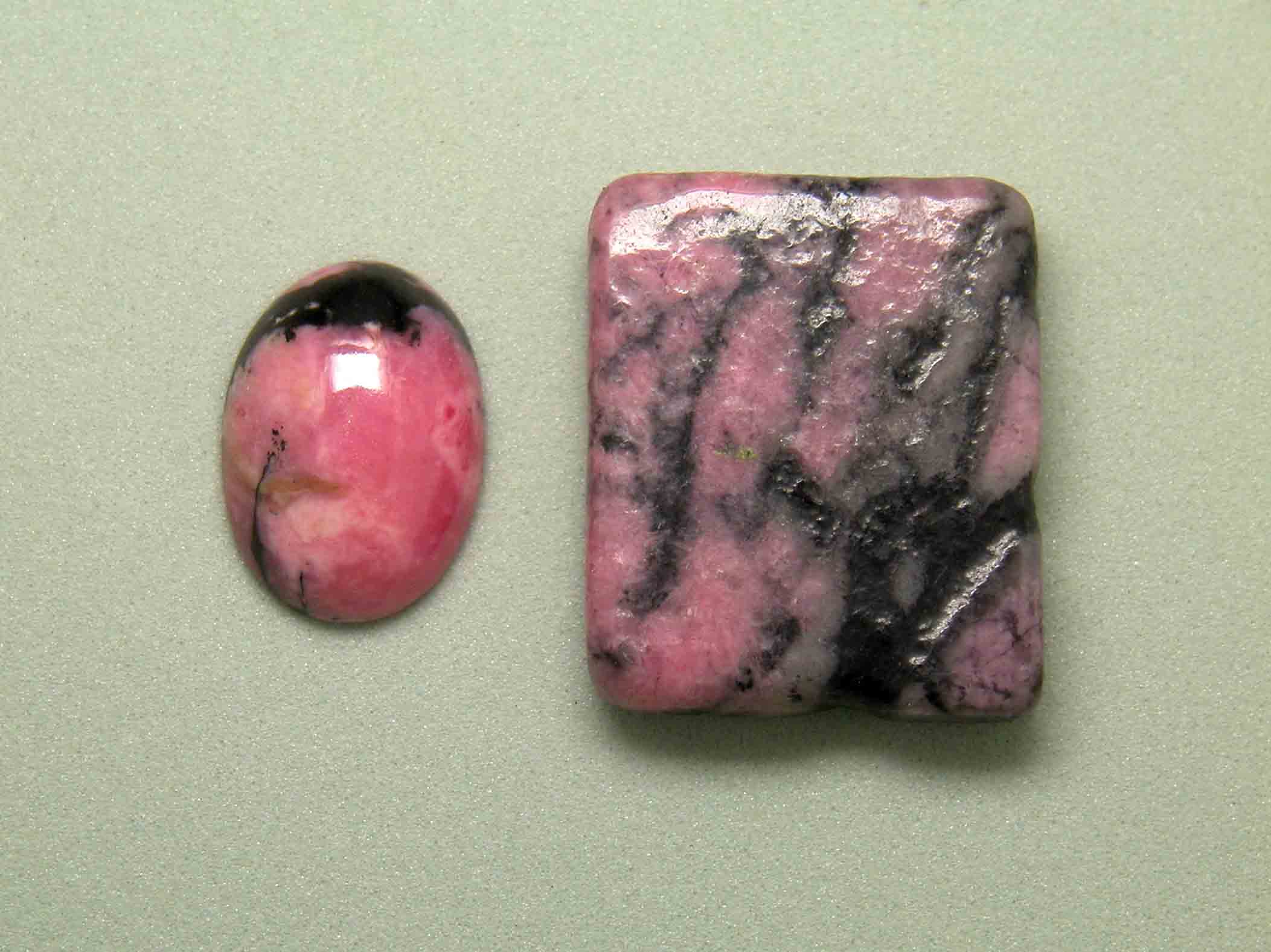 Rhodonite from the Gem-A Archives.

In addition to gemstones, gold and silver may be found to set them in. Most gold has been found in North and mid Wales, but Cornwall and Devon have produced it, and there was a gold rush in Helmsdale, Sutherland in 1869, when a miner, returned from Australia, recovered a quantity of gold from the rivers and burns there. Gold has also been found in the Southern Uplands and elsewhere, and professional exploration and evaluation of Scottish sources is now in progress. Silver has been mined in the west and southwest of England, Derbyshire and the Pennines, mostly as a by-product of lead mining, in Wales and in Scotland, and was once an important source of precious metal for coinage.

Great Britain is not a major producer of gem materials, but it hosts a wide variety of them and some of them are to be found around our coasts, where agates, jet and amber may occur. It is worth looking among the stones of most pebble beaches in the hope of finding something of gemmological interest.

More in this category: « The Importance of Gemstone Locations and Points of Origin
Tweet
Become a Gem-A Member
Apply to become a Gem-A Member
Subscribe to our Newsletter
Keep updated with Gem-A
Sign Up
Get in Touch
Can't find what you're looking for?
Contact Us