Towards the end of the 19th century, the National Association of Goldsmiths (NAG) was created to represent the interests of jewellers for a new industrial age. This helped protect them from potential harm in the market place, and also allowed jewellers to educate each other about developments in their trade. In 1908 they decided that the role of the jewellery association was more than simply representation and information, and set-up the NAG Education Committee to establish gemmological qualifications for the UK jewellery trade.

In 1908, Samuel Barnett, a jeweller from Peterborough, proposed that the NAG set up teaching courses and examinations in the study of gemstones at the NAG’s annual conference. The resolution was adopted and started the action that, as Basil Anderson observed many years later, "marked the beginning of organised gemmology, not only in this country, but in the whole world."

Interest in gemstones and diamonds grew so much in the next 20 years that the Gemmological Association of Great Britain, as we've been known since 1937, began making connections with other Associations around the world who wanted to teach our renowned Gemmology Diploma. By 1947, although still sharing resources with the NAG, our growth allowed us to take more control of our own interests, which started with the release of the first ever The Journal of Gemmology.

Throughout the next 60 years we continued to nurture our links with other gemmological Associations, including the US and North America, Myanmar, China, Japan, Hong Kong and Australia. As our international reach expanded, so did our need for internal growth. Breaking away from the NAG in the mid-90s, we formed relationships with the Gem Testing Laboratory of Great Britain before becoming a UK Education Charity and adopting the name Gem-A in the late 2000s.

Today, Gem-A continues to build upon the deeds of Samuel Barnett by offering a first-class education in gemmology, while our membership services, events and publications continue to serve a growing network of gem enthusiasts and jewellery professionals around the world. You can learn more about Gem-A's history by reading The Heritage Series on the Gem-A blog. 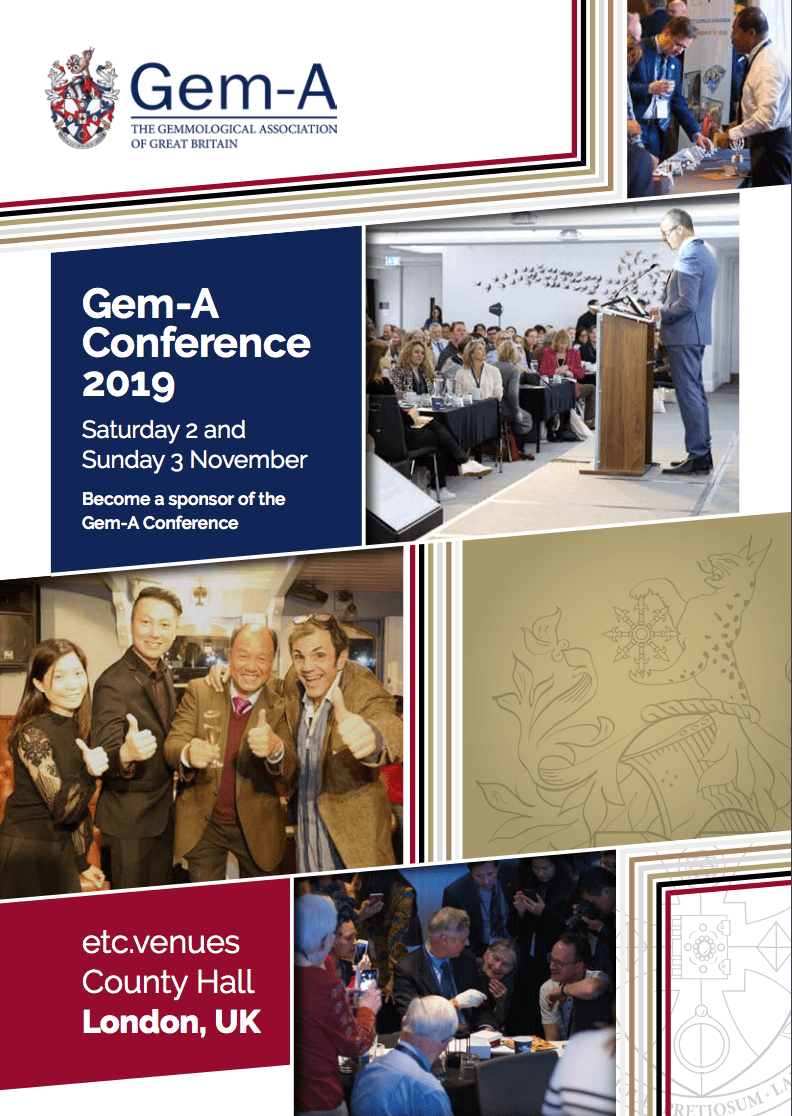 Birthstone Guide: Tanzanite for Those Born in December

Are you looking for the perfect festive gift for a December baby? Gem-A tutor Lily Faber FGA DGA EG considers...

Birthstone Guide: Opal for Those Born in October

The captivating opal is the birthstone for all those born in October. Here, Gem-A tutor Lily Faber FGA DGA EG...

The varied hues of spinel have been admired for hundreds of years, but this gemstone only recently found its place...

Birthstone Guide: Ruby for Those Born in July

Those born in July can call the resplendent ruby their birthstone. To find out more about this historically significant and...

Birthstone Guide: Pearls for Those Born in June

We believe everyone should own at least one piece of pearl jewellery… especially those born in June as pearls are...

Birthstone Guide: Emerald for Those Born in May

Those born in May are lucky enough to count emerald as their birthstone. Here, Gem-A gemmology tutor, Lily Faber FGA...

Birthstone Guide: Diamond for Those Born in April

Those born in the month of April can count the illustrious and historically significant diamond as their birthstone. Here, Gem-A...

Why is Bloodstone the Alternative March Birthstone?

Chances are you've heard of the March birthstone aquamarine... but did you know there are actually two gems associated with...

Birthstone Guide: Amethyst for Those Born in February

Gem-A gemmology tutor Lily Faber FGA EG explores the history of amethyst and its significance as the February birthstone. Amethyst is...

If you're lucky enough to be born in January, vibrant garnet is your birthstone. A rainbow jewel of the gem...

Beautiful blue turquoise is one of three birthstones for the month of December (in addition to zircon and tanzanite). It is...

Birthstone Guide: Topaz for Those Born in November

Birthstone Guide: Tourmaline for Those Born in October

Julia Griffith FGA DGA EG, looks at tourmaline, the enchanting rainbow-coloured birthstone for October. Tourmaline is the rainbow jewel of the...

Birthstone Guide: Peridot for Those Born in August

Those born in August have vibrant green peridot as their birthstone. Lily Faber FGA DGA EG delves into this zesty...

What Makes the Alexandrite Colour-Change Effect so Special?

Sometimes known as ‘emerald by day, ruby by night,’ the gemstone alexandrite is a marvel of nature and the alternative...

Beginner's Guide: What Can Emerald Inclusions Tell Us About Origin?

Emerald has long been one of the world’s most popular and valuable gemstones. Since the times of the Ancient Egyptians...

The Most Underappreciated Gemstone? Why We Love Rock Crystal

Everyone knows that lucky April-born souls have been blessed with one of the most prestigious birthstones: diamond. However, there is...

Birthstone Guide: Aquamarine for Those Born in March

Those born in March are lucky enough to have two birthstones: the beautiful blue of aquamarine and the mysterious red-spotted...

Explore the Historic Significance and Mythology of Amethyst

Amethyst has been worn for its lovely purple colour and mystical properties for thousands of years. From the Ancient Romans...