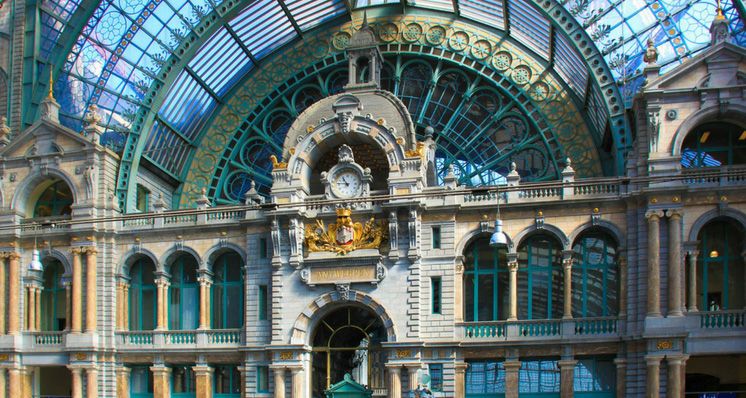 Antwerp in Belgium is famous for diamonds. In 2017, it traded approximately 234 million carats. Over 80% of rough diamonds are purchased in Antwerp, where half the world’s 'Kimberley Certificates' are issued, and the square mile of its 'Diamond Quarter' hosts 1,600 diamond dealers, employing over 30,000 people. Diamond, not beer, is Belgium's top export.

In the 16th century, Antwerp was the world’s biggest trade centre, with the diamond trade to and from the city having been recorded since 1447. 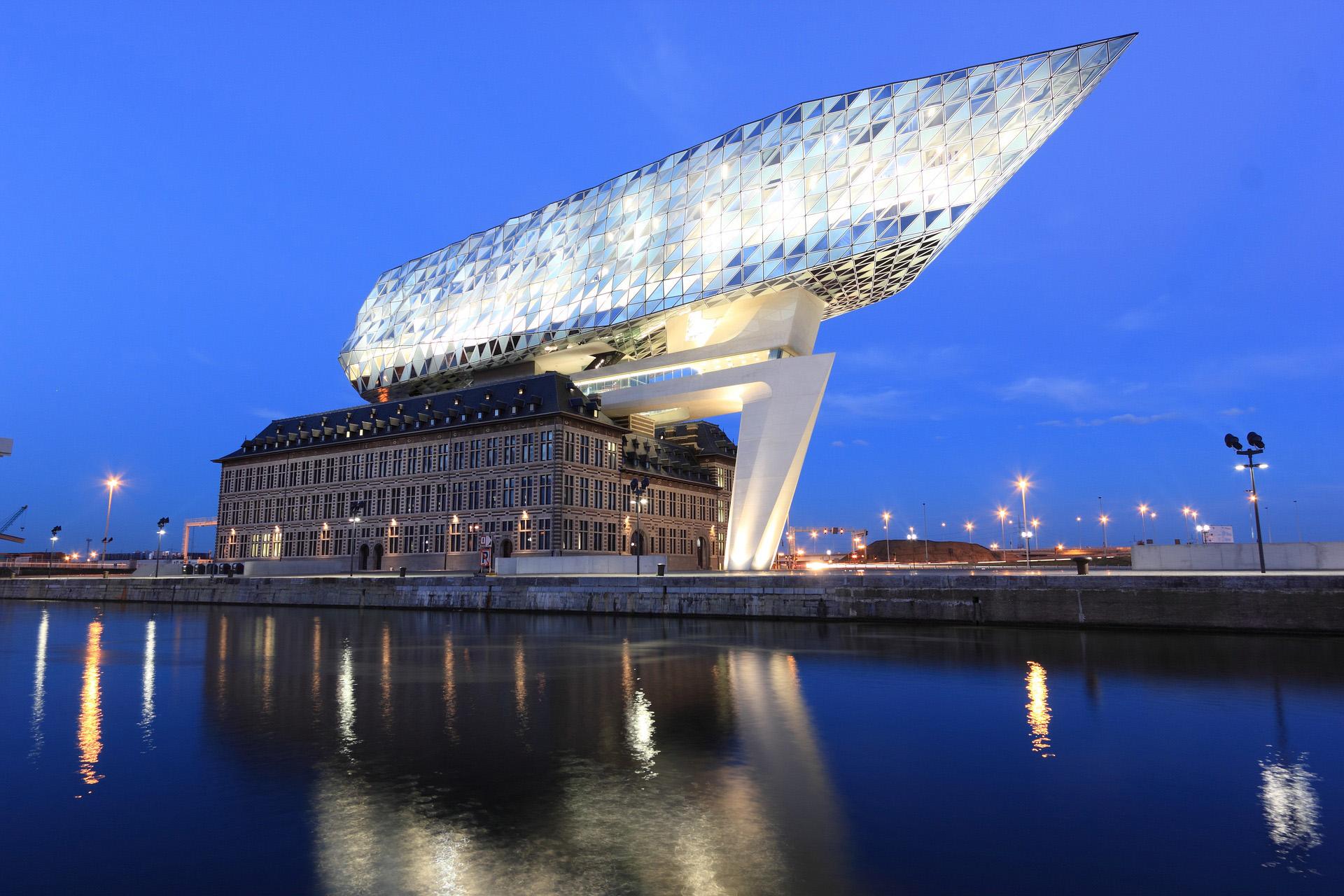 But how are diamonds traded? It started in the coffee houses near Centraal Station. In the days before security cameras, merchants had to move fast to avoid being mugged, so the 'Diamond Quarter' sprang up just next to the station, which is still a convenient location for tourists and dealers. Nowadays, vetted and registered members can trade at one of Antwerp’s four diamond bourses; there is no other city in the world with so many, and there are only 30 Diamond Bourses worldwide. Some bourses specialise in cut diamonds, others in rough or industrial diamonds and some are even on the sites of the old coffee houses. 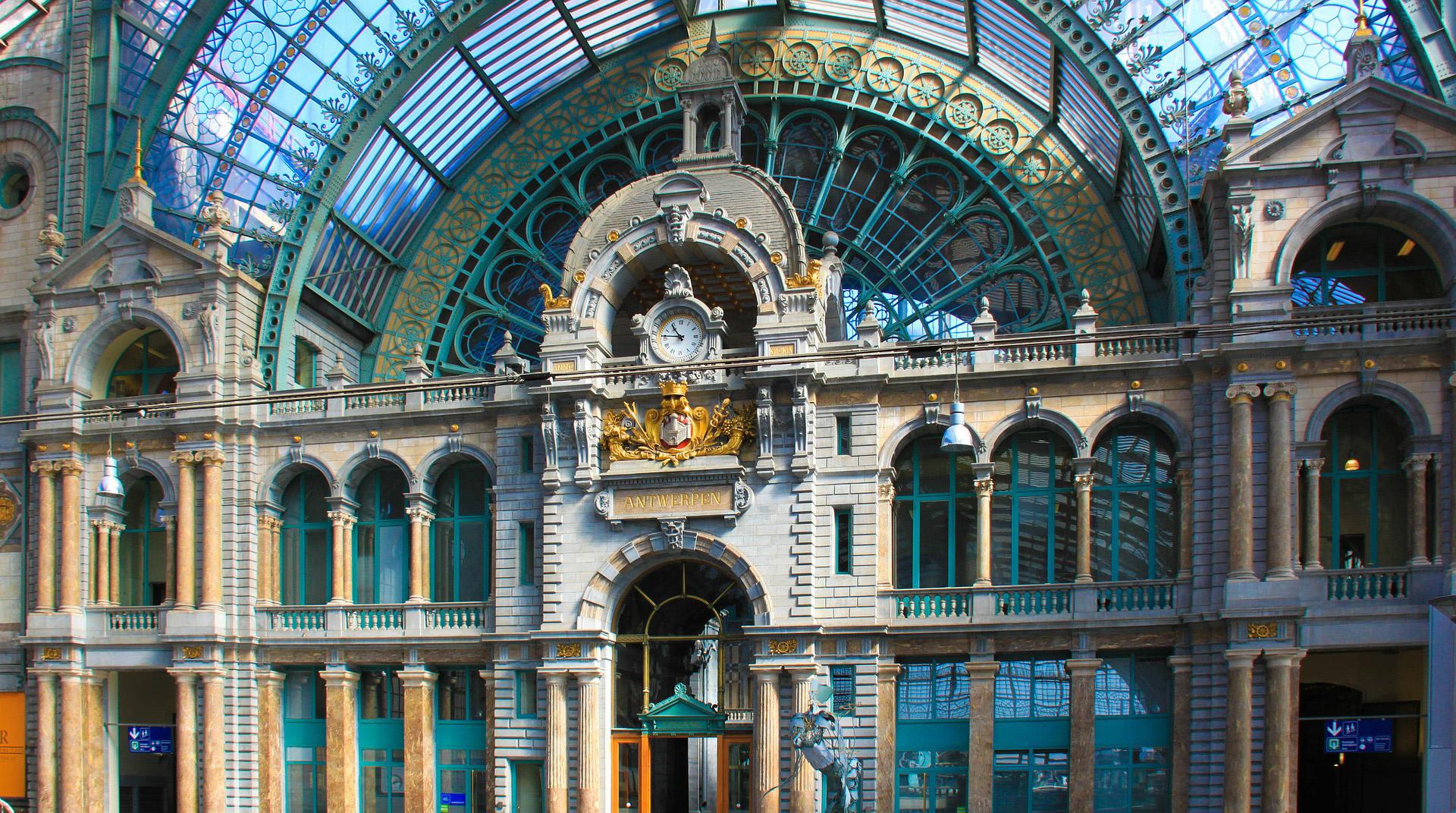 The Antwerp World Diamond Centre (AWDC), a private foundation representing the sector in Belgium, maintains Antwerp’s position as a world diamond centre. Antwerp's main diamond bourse was founded in 1904 and by WWII it had 1,645 members, however, at the war’s end just 335 remained. The AWDC hosts the 'Diamond Office' founded in 1945 to encourage Jewish diamantaires to return to Antwerp, and it also now handles all diamonds entering the city.

Dealing in diamonds is an expensive business. A tender facility located within the AWDC is where mining companies sell their rough diamonds. Each buyer bids in a sealed envelope and the stones are sold to the highest bidder. Specialised banks give fast credit to registered trading companies and all transactions are by bank transfer to comply with anti-fraud laws.Although diamond dealing is based on trust, diamond bourse members must comply with strict rules.

History of Antwerp and Diamond Cutting

Antwerp has a rich history of diamond cutting. Marcel Tolkowsky, a native of Antwerp, refined the brilliant cut early in the 20th century. His nephew, Gaby Tolkowsky, cut some of the world’s most famous diamonds: the Centenary (273.85 ct) and the Golden Jubilee (545.7 ct). Until the early 1970s, most rough diamonds traded in Antwerp were also cut there.

Nowadays, rough is exported to India or China for cutting and polishing and re-imported for sale in Antwerp, hence the saying: "Almost every diamond in the trade travels though Antwerp at least once." 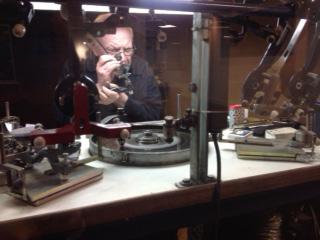 I visited the fantastic showroom at DiamondLand (Appelmansstraat 33) and saw cutters and polishers at work. Figure 1 shows a crossworker using the traditional equipment, including; the scaife, a horizontal cast iron disc which rotates at 3,200 rpm and is impregnated with diamond dust and oil; an adjustable dop which holds the diamond; and the tang, a tripod which holds the dop. 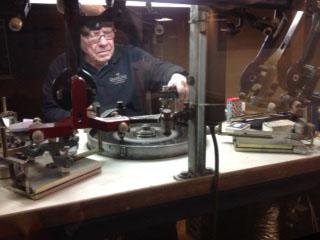 The tang is held by the crossworker who exerts pressure onto the diamond while cutting and polishing. It is lifted frequently to inspect the diamond under the loupe, and here two diamonds are being worked at the same time (Fig. 1a).

Before leaving the Diamond Quarter, I paid a visit to HDR Antwerp, a famous institution for diamond certification, training, and instruments (both gemmological and for diamond manufacture and screening) where I had the opportunity to see their range of state-of-the-art devices. So, Gem-A members, if you happen to find yourselves in Antwerp, take a moment to explore its rich diamond history.

Tagged under
More in this category: « Complete Traceability and Ethical Sourcing Vegas: The Garden of Colourful Delight »
Tweet
Become a Gem-A Member
Apply to become a Gem-A Member
Subscribe to our Newsletter
Keep updated with Gem-A
Sign Up
Get in Touch
Can't find what you're looking for?
Contact Us