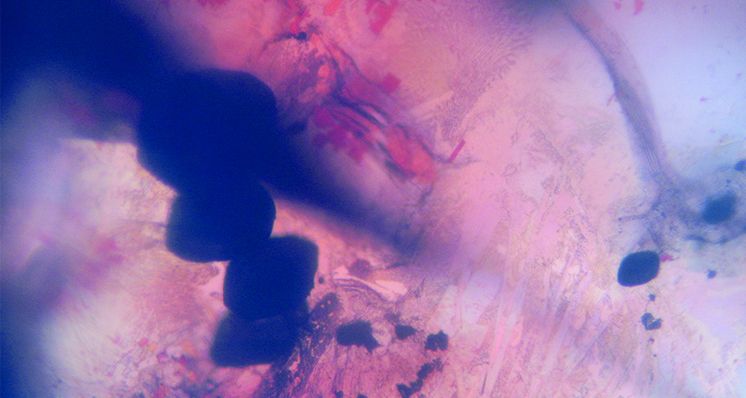 This article by Guy Lalous ACAM EG summarises a study on the gemmological and physical properties of brown zircon from the Central Highlands of Vietnam, together with its chemical composition, Raman, Fourier Transform Infrared Spectroscopy (FTIR) and Ultraviolet Visible Near InfraRed (UV-Vis-NIR) spectroscopic features.

Zircon, zirconium silicate (ZrSiO4) crystallises in the tetragonal system and has a high refractive index (RI), high dispersion, and subadamantine lustre. Zircon can be found in igneous, metamorphic and sedimentary rocks and is particularly common in plutonic rocks.

Are there different types of zircon?

Zircon crystals possess a range of optical and physical properties and can be classified in three types: high, intermediate and low. Zircon is quite unique in this regard. High zircon possesses the full crystal structure, there is little or no damage from radioactive elements. In intermediate zircon the radioactive elements have caused some structural damage and the physical and optical properties are in between low and high. The crystal structure of low zircon has been altered by thousands of years of irradiation from its own trace elements with extensive crystal-structure damage as a result. The optical and physical properties of the latter are lower.

What are rare earth elements?

The original rock type of individual zircon grains can be reliably distinguished by taking a multivariate statistical approach, using a range of trace elements including at least hafnium, uranium, thorium, yttrium and the Heavy-REEs.

Metamictisation of natural zircon results from accumulated radiation damage to the crystal structure caused by radioactive decay of trace amounts of urnaium and thorium, substituting for zircon. The most striking effect of metamictisation is the destruction of anisotropy.

What is the origin of colour in zircon?

In general, the colouration of zircon is affected by its trace-element composition (e.g. transition metals and REEs) and also by radiation damage (e.g. radiation-induced colour centres). Hafnium as well as radioactive elements such as U4+ and Th4+ can substitute Zr4+ in dodecahedral coordination. The resulting radiation damage to the structure results in metamict zircon. The reddish brown colour of Ratanakiri (Cambodian) zircon is thought to be due to the defect center caused by irradiation of uranium and thorium, commonly present as trace elements in its structure.

Gemmological and physical properties of the Vietnamese zircons:

The transparent near-colourless to light-coloured samples showed typical REE-related spectroscopic features. UV-Vis-NIR of the reddish brown zircons showed a continuous increase in absorption toward the UV region, in particular between 400 and 600 nm with a shoulder at around 500 nm. The very light brown and orangey brown have a shoulder of very low intensity.

What about Raman spectroscopy and crystallinity of zircons?

The process of metamictisation of zircon greatly influences its Raman spectrum. The crystallinity of zircons can be measured as increasing irregularities of bond-lengths, bond-angles and a general breaking-up of the structure result in changes in wavenumbers and widths of the Raman bands. Full width at half maximum is the width of the Raman spectrum curve measured between those points on the y-axis, which are half the maximum amplitude.

FTIR spectra displayed three sharp, intense bands in the 1100-400 cm–1 range at 854; 609 and 430 cm-1. The intense band around 854 cm–1 (and shoulder at 970 cm-1) is due to internal stretching vibrations of SiO4 tetrahedra; this band weakens and broadens in metamict zircon. The band at 609 cm–1 (due to internal bending vibrations of SiO4 tetrahedra) and the band at 430 cm-1 (due to the external or lattice vibration mode) may also weaken and broaden with metamictisation, and they are nearly absent from highly metamict samples. FTIR spectroscopy of the Vietnamese zircon confirms the results of the Raman spectra showing that the samples are well crystallised.

The average chemical composition of the zircons show low contents of non-formula elements. The most abundant chemical substitution was halfnium. The total REE-oxide concentrations were 0.03-0.08 wt%. All the samples contained low amounts of thorium and uranium, and the Th:U ratios are consistent with a magmatic origin (and subsequent transport to the earth’s surface in alkali basalts). Raman and FTIR spectroscopy indicate that the zircons are high type (highly crystalline).

Heat treatment of the Vietnamese zircon under oxidising conditions produced a lighter but unstable brownish orange colour in the range of 200-500 °C and a stable pale brown colour after heating to 600 °C, whereas treatment under reducing conditions yielded a blue colour after heating to 800-1000 °C. The zircons turn blue as the small concentration of uranium within the atomic structure undergoes a change in charge. The treated blue colour was stable.

Zircon from the Central Highlands of Vietnam has similar properties and heat-treatment behaviours to those of zircon from Ratanakiri. ■

Tagged under
More in this category: « Gold Fever in Arizona: Searching for Gold in the United States The Source of Garnets Found at The Arikamedu Archaeological Site in South India »
Tweet
Become a Gem-A Member
Apply to become a Gem-A Member
Subscribe to our Newsletter
Keep updated with Gem-A
Sign Up
Get in Touch
Can't find what you're looking for?
Contact Us