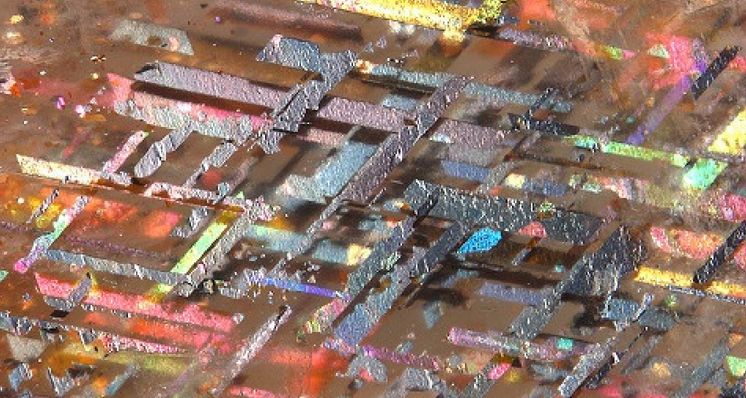 Guy Lalous ACAM EG returns with his latest Journal Digest, which summarise a scientific article from Gem-A's Journal of Gemmology. Here, he explores an article on rainbow lattice sunstone from Australia featured in the Spring 2018 issue, Volume 36 No. 1.

The feldspars are a family of silicate minerals which occur in igneous rocks. They contain variable amounts of Na, K and Ca and are divided in two solid solution series: plagioclase (albite – anorthite) and alkali feldspar (orthoclase – albite). Both orthoclase and plagioclase boast of a sunstone feldspar variety, however, the name ‘sunstone’ refers to the gem’s appearance rather than to its chemical makeup.

What is aventurescence and adularescence?

Aventurescence, is a ‘sparkly, metallic-looking luster caused by flat, reflective inclusions’ (GIA). Adularescence is the term applied to gems exhibiting a sheen or schiller effect caused by the intergrowth of two different feldspars, such as moonstone. The colours seen in such material depend on the thickness of the layers involved, with the thicker ones giving rise to colours from the red end of the spectrum and the thinner ones colours from the blue end. 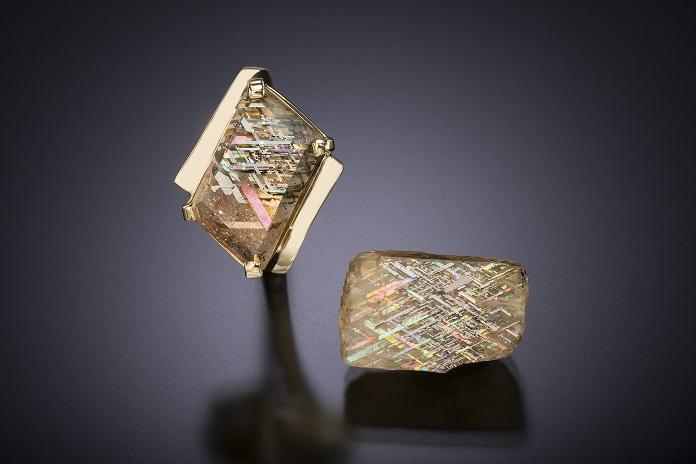 Figure 1: Rainbow lattice sunstone displays conspicuous colourful patterns that are produced by light reflecting at a specific angle from inclusions.
The gold ring on the left contains a 6.17 ct sunstone and the polished fragment on the right weighs 15.00 ct. Courtesy of Rainbow Lattice; photo by Jeff Scovil. 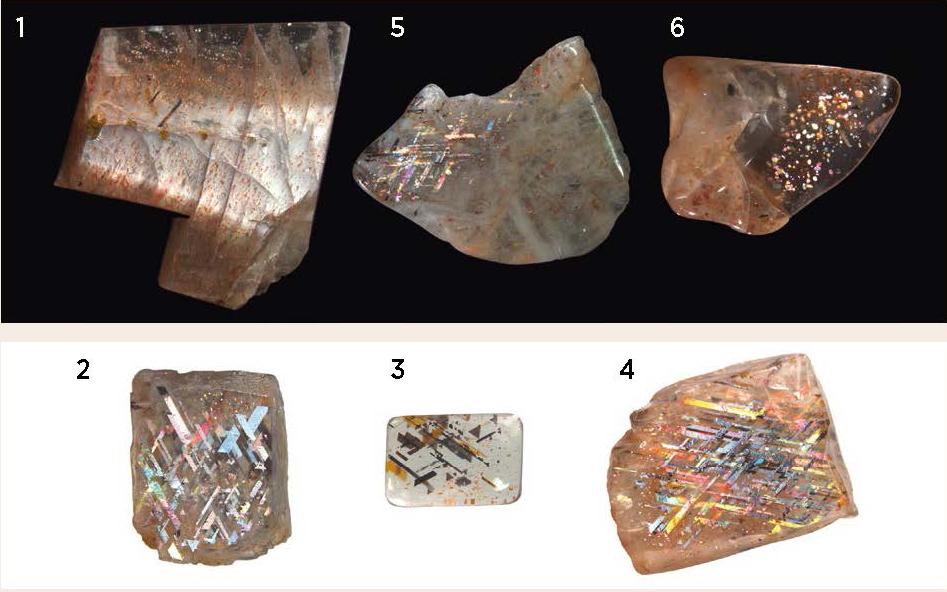 Figure 2: The six samples of rainbow lattice sunstone obtained for this study display a combination of optical effects
including adularescence (e.g. sample 1), aventurescence (see samples 1 and 6, in particular) and a rainbow lattice effect, which can be seen using different lighting conditions and directions.
The samples weigh 0.29–3.57 g. Composite photos by J. Liu.

The igneous rocks are generally associated with widespread metasomatic granitisation. The granodiorite in the Bruna gneiss unit contains pegmatites in which K-feldspar occurs, and the mining area is crosscut by quartz veins and pegmatite outcrops.

Figure 3: The adventurescence phenomenon in the sunstone is produced by pseudohexagonal reddish brown platelets of hematite.
A) exhibits sparkling appearance in reflected light. B) Images taken from sample 1. Photomicrographs by J. Liu.

The typical aventurescence of sunstone can be seen with magnification. In their analysis, Liu et al., found that the scattered reddish-brown platelets showed pseudohexagonal and rhomb-shaped morphology. The lattice-forming inclusions in the sunstone consisted of orangey brown to black elongate and triangular plates.

The orangey brown ones displayed colourful reflections when viewed with oblique pinpoint lighting. Some of the samples displayed obvious adularescence when observed using various incident light angles. Gemmological testing of the rainbow lattice sunstone revealed average RIs of 1.518 to 1.540, and an SG of 2.58, which are consistent with those of orthoclase.

As noted by Katrin Field Inc., ‘viewing three-dimensional images of microscopic structures only solves half the problem when analysing samples. It is often necessary to collect more than imaging data to be able to identify the different elements in a specimen.’ 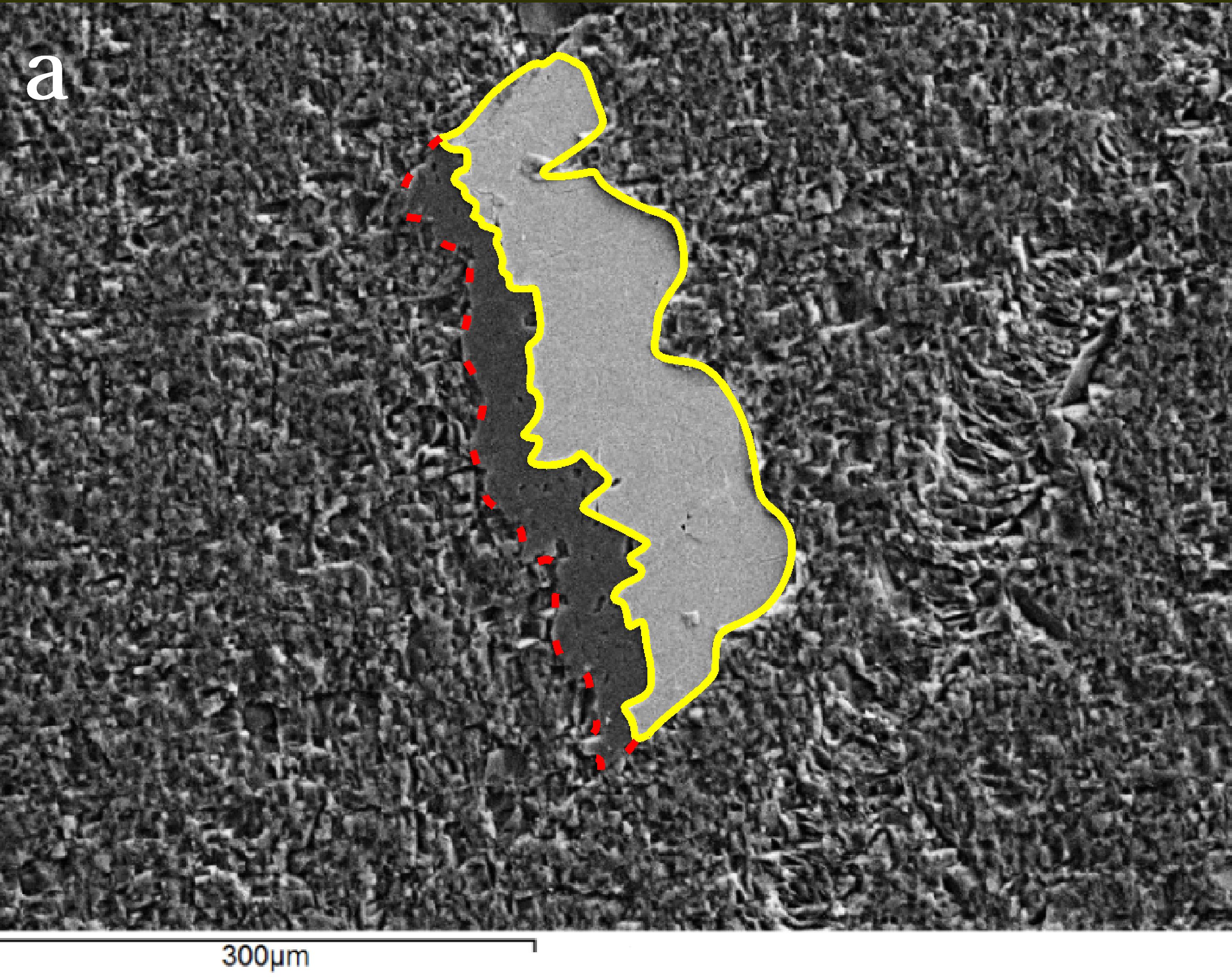 SEM images of the black inclusions of magnetite in rainbow lattice feldspar.
Yellow line designates the remaining areas of magnetite, while the dashed red lines show the inferred outline of the original platelets. Images by J. Liu.

Utilising the SEM-EDS Microscope system, we can examine micro-scale and nano-scale features with magnification up to 300,000x and detect chemical composition.

The black platy, elongate or triangular inclusions consisted of thin sheets with nanometer-scale thickness. Qualitative SEM-EDS analysis revealed that these inclusions contained Fe and O, but no Ti was detected in the present study.

A tiny fragment of the sunstone containing only one black inclusion that was strongly attracted to a Nd-Fe-B magnet, which proved that the black inclusion consisted of an oxide of iron that possessed strong magnetism.  The presence of magnetite as the ferromagnetic material is consistent with the SEM-EDS analysis.

Electron microprobe analysis is an analytical technique that is used to establish the composition of small areas of a specimen. As Dr. Nilanjan Chatterjee of MIT’s Electron Microprobe Facility notes, this method is non-destructive and utilises X-rays excited by an electron beam incident on a flat surface of the sample.

This article found that the quantitative chemical compositions and end-member components of the host feldspar, analysed with the electron microprobe, showed 96% orthoclase and 4% albite.

The black to orangey brown, platy, elongate and triangular inclusions that produce the rainbow lattice effect are shown in both transmitted (a, b) and reflected (c–f) light. Photomicrographs by J. Liu.

XRD is an instrumental technique that is used to identify minerals, as well as other crystalline materials. The method is based on the scattering of x-rays by the crystals. In a 2014 article published on XRD Analysis: Principle, Instrument and Applications, M.S. Pandian observed how: ‘X-rays are diffracted by each mineral differently, depending on what atoms make up the crystal lattice and how these atoms are arranged....’ An X-ray scan ‘provides a unique "fingerprint" of the mineral’. In the sunstone analysed by Lui et al., the XRD pattern of the host feldspar identified it as orthoclase (Or96Ab4).

Raman Spectroscopy is a testing technique using infrared, visible or ultraviolet light to identify different specimens. When this monochromatic light is applied at a specific frequency via a laser, the Raman spectrometer detects the re-emission of photons.

Most of the photons pass through the material, but some interact with the molecules and modify the vibration of the atomic bonds. Most photons are scattered with no change to their energy, but a small number of photons lose energy to the molecules, and even fewer gain energy. This energy difference (Raman effect) is a distinctive feature of particular molecules, and can be used to identify them.

As such, the Raman effect is different for each material, based on its molecular structure and we can use individual emission spectrums to identify different gemstones. This is because a number of energy values are associated with gem species, and these are expressed by waves per cm and are viewed as a series of peaks. These peak patterns form a database for us to identify not only gemstones, but to identify inclusions and treatments.

This representative Raman spectrum of the host feldspar.

Sunstone inclusions may be composed of hematite, ilmenite, magnetite, native copper or goethite. The appearance of the aventurescence phenomenon depends on the size of the inclusions. Small particles produce a reddish or golden sheen, while larger inclusions create an attractive, glittery appearance.

The lattice appearance displayed by rainbow lattice sunstone is created by inclusions of hematite and magnetite. These minerals form very thin blades that occur within planes of a single orientation at different levels in the feldspar (like pages in a book).

Platelets of hematite also produce aventurescence. Viewed with reflected light, the aventurescence is illuminated from one direction, while the colourful lattice effect appears when the lighting is shifted to a different angle.

The magnetite and hematite predominantly form triangular shapes or elongate blades with terminations that are parallel to the triangular directions. The magnetite inclusions in many cases have oxidized to hematite, corresponding to the iridescence or rainbow effect across the lattice patterning. In contrast, the unaltered magnetite is black with a metallic sheen.

Unfortunately, there is not much of this material available in the market.

This is a summary of an article that originally appeared in The Journal of Gemmology entitled ‘Revisiting Rainbow Lattice Sunstone from the Harts Range, Australia’ by Jia Liu, Andy H. Shen, Zhiqing Zhang, Chengsi Wang and Tian Shao 2018/Volume 36/ No. 1 pp. 44-52

Tagged under
More in this category: « Journal Digest: Bumble Bee Stone from Indonesia Nuummite – the Origin of Colour »
Tweet