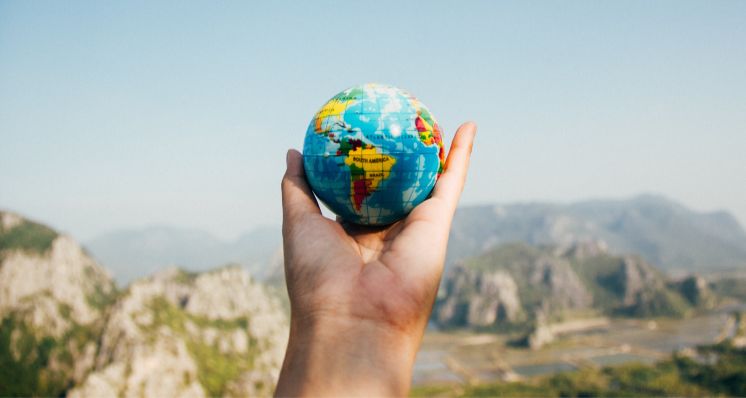 Gem-A operations manager Charles Evans FGA DGA considers whether gemmologists can put gem-producing countries into an ‘order of importance’ and offers his thoughts on what would make the perfect gemstone-hunting holiday.

What if you are a keen gemmologist who has just come into some money, left to you on the express condition that you take a long holiday… where would you go? Many of us have spent our careers looking at incredible gems and minerals from all over the world. We have read the stories, we have attended the talks and we have been awestruck by the photographs taken by others. Now we have to decide our own destination… but where could be considered the ‘most important’ gemstone producing country on Earth?

Do we go to Australia and visit the amazing opal and sapphire regions, then cut across the Northern Territory to Broome and discover the pearl industry? Perhaps this will lead to a look at the Argyle Diamond Mine, famous for its pink and red diamonds.

Or maybe Burma (Myanmar), where we could see some amazing and legendary areas with jade, ruby, sapphire and spinel, plus numerous rare and peculiar oddities that would win some serious show-and-tell points.

What about Russia? Spread across 11 time zones from the frozen north and semi-desert areas of the south to the mountains of the west, every conceivable geological action will have occurred somewhere in Russia. One has to think that if there is something Russia does not have, it must simply be because it has not been found yet! Are you up for that challenge? 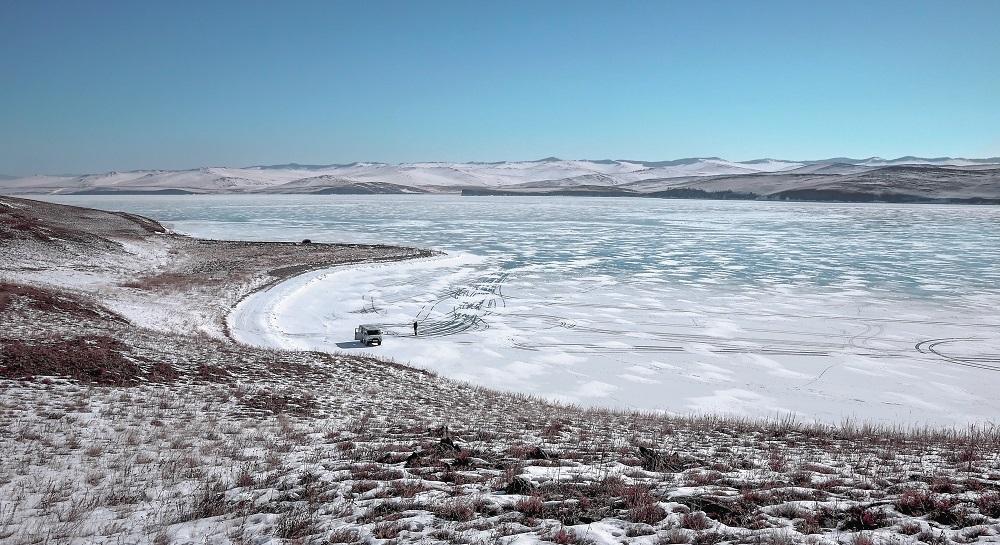 The frozen landscape of northern Russia is an important source of diamonds and other gemstones. Image credit Pexels.

Perhaps the best idea is to think outside the box. My home country of Zimbabwe would reward a keen rockhound with emerald, garnet, aquamarine, malachite, tourmaline, tiger’s eye and every variety of quartz. It is, for example, where Campbell Bridges first found tsavorite. As is the case with Australia, you could even get a prospector’s license at the post office and look for gold.

However, a word of warning: I remember the biting flies, the scorpions, rabid animals, having to carry a rifle, sleeping in the Land Rover because the lions were being annoying and, finally, there is no such thing as an ice cream on the way home!

Read more: Is Rock Crystal the Most Underappreciated Gemstone?

How about Sri Lanka then? Not such brutal weather, lovely people, simple, small-scale mining, incredible food, wonderful gems, fascinating faceting operations, clever heat-treaters… the list goes on. All of this is packed into a relatively small area. It certainly has to be one of the top three destinations because, unlike Russia and Zimbabwe, it is also the ideal place for a relaxing and luxurious holiday. 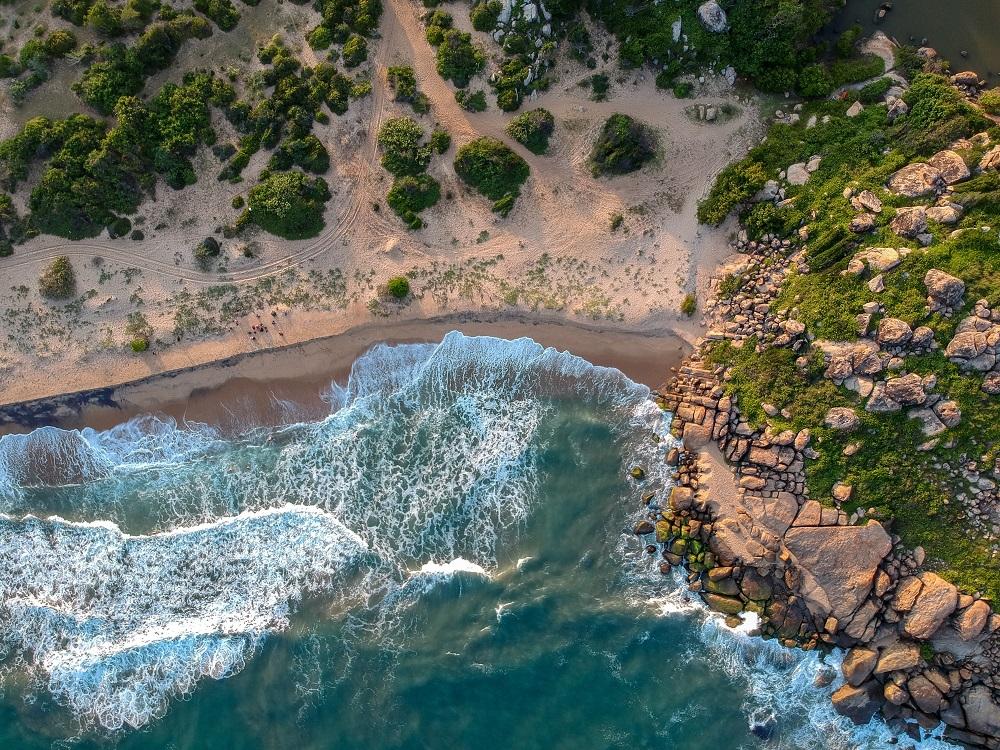 Sri Lanka is an important source of gemstones, especially sapphires. Pictured here is the beautiful coastline of the Ampara District. Image credit Pexels.

Finally, let us leap across the world to what is possibly the greatest gem producing nation: Brazil.

In gemmology terms, it is probably easier to list what it doesn’t have than what it does. What would that be then? Tugtupite, perhaps?! There is even lapis lazuli next door in Chile. Like Russia, if a gem variety can’t be found in Brazil, it is probably because we have not yet looked for it.

With almost 4,100 airports and 47% of South America’s landmass to cover (or one-eighth of the world’s landmass to put that in perspective), there is a lot of gem hunting to be had in Brazil. Again, just to give you some idea of the size of Brazil, just the one province that every gemmologist has heard of – Minas Gerais – is almost 10 times the size of the whole of Sri Lanka.

About 1,300 kimberlites have been found in the country, as they have hunted for the source of the alluvial riches that came out in the 17th and early 18th centuries. Admittedly, only around 100 are diamondiferous, with less than 10 likely to be worth the effort. Nonetheless, that is some serious promise right there!

Brazilian emeralds are renowned, with the best material equal to anything outside of Colombia. As for aquamarine, Brazilian Santa Maria aquamarine is the yardstick by which all other material will be measured. Anyone who has stood gawping at Brazilian amethyst geodes so big you can climb inside them will know that on any variety of quartz, Brazil is hard to beat. Throw in some beaches and palm trees and we can relax too. Is this the most important gemstone producing country then? 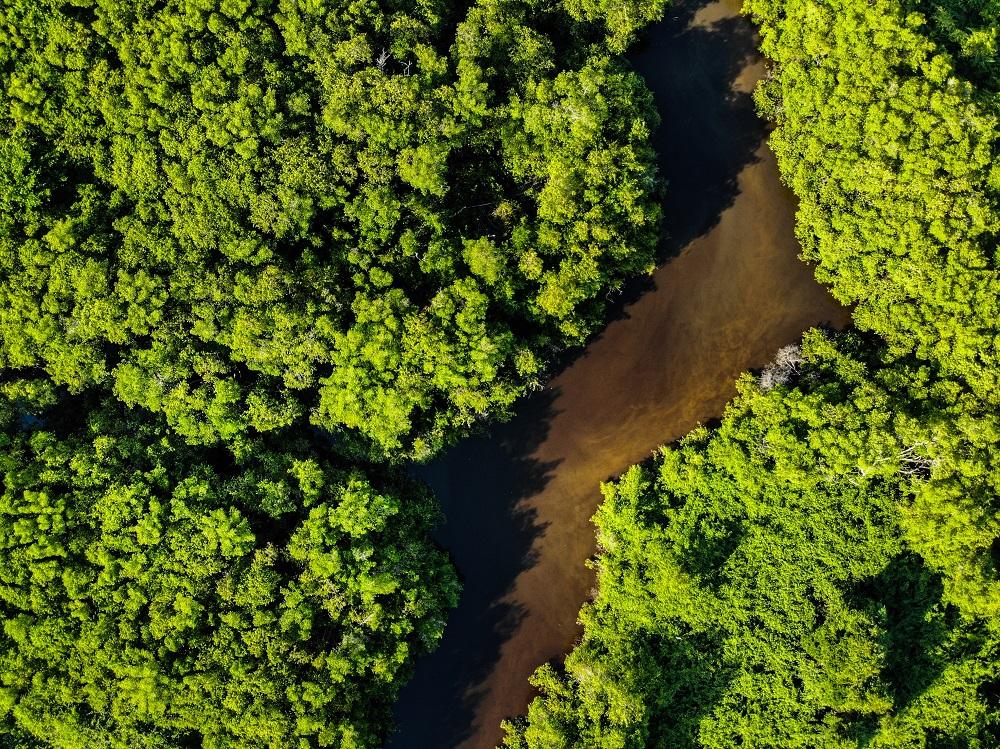 The sheer size and scale of Brazil makes it one of, if not the most important gemstone producing countries on Earth. Image credit Pexels.

Perhaps instead of picking one, we should simply try and visit all of the countries mentioned above. That way you can discover aquamarine, alexandrite, almandine, amazonite, amblygonite, amethyst, ametrine, andalusite, aventurine, beryl, brazilianite, citrine, chrysoberyl, diamond, emerald, euclase, grossular, hessonite, jeremejevite, kyanite, lolite, opal, quartz, rhodolite, ruby, sapphire, scapolite, sodalite, spessartine, sphene, spodumene, topaz, tourmaline, zircon… if I missed something, I might just have to book another flight!

Are you ready to learn more about gemstones? Take a look at the Gem-A Gemmology Foundation and Gemmology Diploma courses.

More in this category: « Understanding Jade and its Importance in China Coloured Gemstones from Brazil: Past, Present and Future »
Tweet
Become a Gem-A Member
Apply to become a Gem-A Member
Subscribe to our Newsletter
Keep updated with Gem-A
Sign Up
Get in Touch
Can't find what you're looking for?
Contact Us