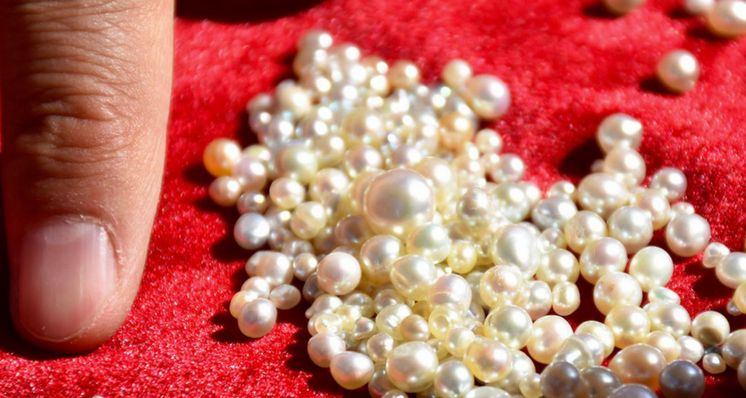 First published in the Spring 2018 issue of Gems&Jewellery, Christa Van Eerde MA MLitt DGA FGA explores the history of some of the world’s most magnificent pearls sourced in the Gulf region, including Bahrain, Kuwait and the UAE, famously regarded as the historic heart of the pearling world.

From the twelfth until the early twentieth century, the Gulf region (Bahrain, Iran, Iraq, Kuwait, Oman, Qatar, Saudi Arabia, and the UAE) was regarded as the heart of the pearling world. The region has relatively recently been released of hardship and brought to modernity by the discovery of oil, but for a long time the pearl was the source of wealth. As Roman scholar Pliny the Elder said of Gulf pearls, they are “the most perfect and exquisite of all others, be that they are gotten about Arabia”.

The perfection of Gulf pearls is a result of the unique environmental conditions of the Arabian Peninsula. The water is unpolluted and rich in minerals and nutrients, ideal for nurturing the growth of pearls. That is why numerous key figures were drawn to Gulf pearls; notably Jacques Cartier, who voyaged to the region in 1912 with the mission of sourcing the world’s most magnificent pearls.

Through the cultivation of the Gulf pearl oyster, Suwaidi Pearls hopes to revive the UAE pearling industry. Located in Ras Al Khaimah, Suwaidi Pearls breeds the Pinctada Radiata oyster, from the family of the great natural pearl bearing oysters.

The protected saltwater lagoon in Al Rams is primeval and wild with flora and fauna. It profits from rainwater which comes from the surrounding Al Rams mountain, part of the Al Hajar mountain range which runs along the coast of Tangestan, and provides increased oxygen. The amount of oxygen present depends on the salinity and temperature of the water, and the more oxygen the oyster can get, the better it can filter the water. 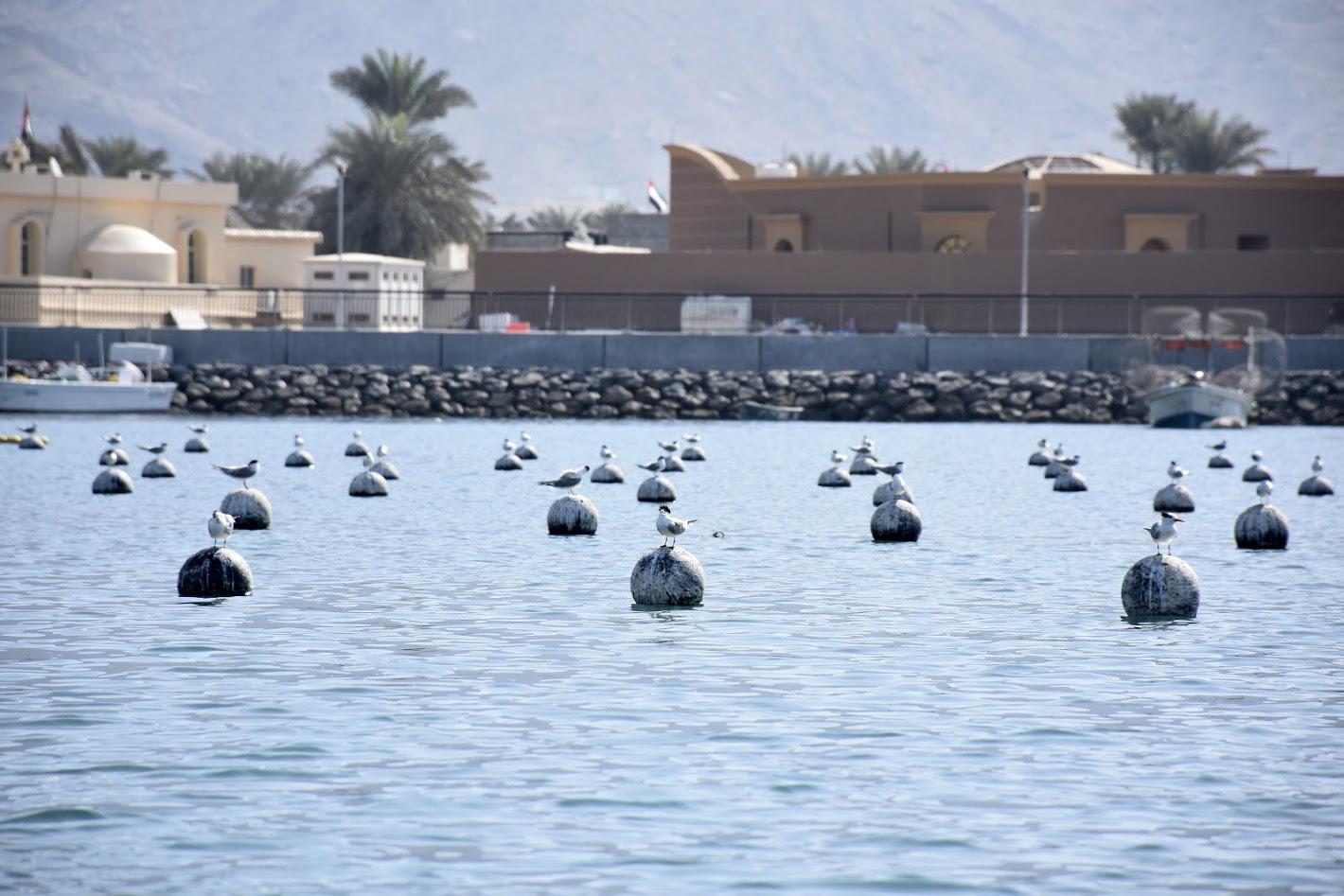 For Suwaidi Pearl founder and prominent Emirati Abdulla Al Suwaidi, the pearl farm connects him to his familial, societal and cultural roots. His grandfather, Mohammed Bin Abdulla Al-Suwaidi, was one of the last outstanding pearl divers, before natural pearl diving became unsustainable. The Al Suwaidi family link to the pearling industry dates back centuries, and Abdulla sees it as his responsibility to protect this legacy. It is a time-consuming venture, and patience and dedication are essential, but the rewards can be great.

When his grandfather, nose pegged with clips of turtle shell, ears plugged with wax and fingers bound in leather guards, dove for pearls, he would find a single natural pearl in every hundred oysters he collected. Abdulla finds approximately sixty cultured pearls in a batch of one hundred oysters, of which roughly ten may be of a high quality. Whilst these are much better odds, these results are still unpredictable and random, as I would find out first-hand on my visit.

Abdulla explained a strand of matching cultured pearls may take eight years to collect, but a strand of natural pearls can take a lifetime. It is no wonder that in 1917 the Cartier 5th Avenue Maison was purchased for one hundred dollars and a necklace comprising of two strands of natural pearls!

Oysters are solitary creatures which feed on plankton. Pearls form when an oyster protects itself from an irritant, covering the invader with layer upon layer of nacre, a smooth, crystalline mineral substance secreted by the epithelial cells of the mollucsc’s mantle tissue. In natural pearls, the unexpellable irritant might be a grain of sand, tiny organism or parasite, but in cultured pearls a small mother of pearl bead from a freshwater Mississippi oyster is implanted along with a 2 mm slice of a donor oyster’s mantle, in order for it not to be rejected.

The nacre is the same material that forms the inside of the shell, made up of calcium carbonate, variety aragonite, and conchiolin, a tough, insoluble protein which is lighter and stronger than concrete. The strength comes from the juxtaposition of hexagonal platelets of aragonite in very thin layers with sheets of an organic matrix composed of elastic biopolymers. The aragonite platelets are similar in thickness to the wavelengths of visible light, creating iridescence, a lustrous rainbow-like play of colour caused by the differential refraction of light waves that change with the angle of view.

The pearl’s colour is therefore not caused by pigment, rather structural colour resulting from interference effects. A pearl’s colour will be the same as the molluscs’ lips in which it grew, and Suwaidi pearls exhibit thirteen. 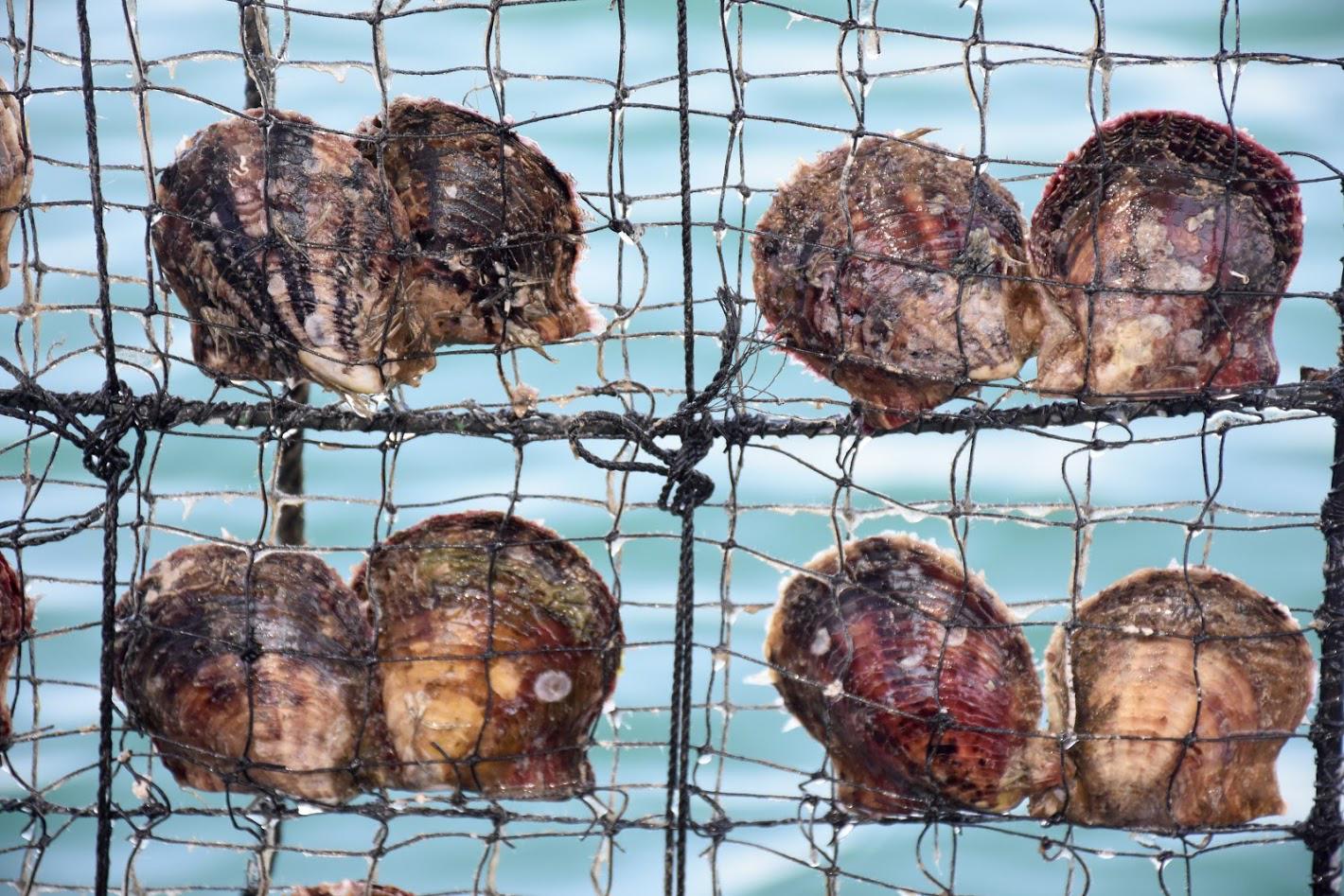 A cultured pearl represents a partnership between man and nature. Kokichi Mikimoto was the first to culture a spherical pearl in 1905. He said, "My dream is to adorn the necks of all women around the world with pearls". Today, over ninety percent of pearls on the market are cultured. What make Suwaidi Pearls special are heritage and the use of molluscs from the shores of Al Rams. The quality and speed are distinctive; the first layer of nacre is produced after one month, as compared to Japanese cultured pearls in which the first layer is produced after six.

From 2018, Suwaidi Pearls will offer exclusive tours of their farm, providing the public with insight into cultured pearls and the history of Arabian pearls. They will open their state-of-the-art floating laboratory where one can witness the delicate seeding or nucleation process of the cultured Gulf pearl, and their off-site Pearl Art House, where craftsmen create jewellery. They will also offer diving enthusiasts the chance to explore the Al Rams lagoon and pearl beds of varying stages of development. 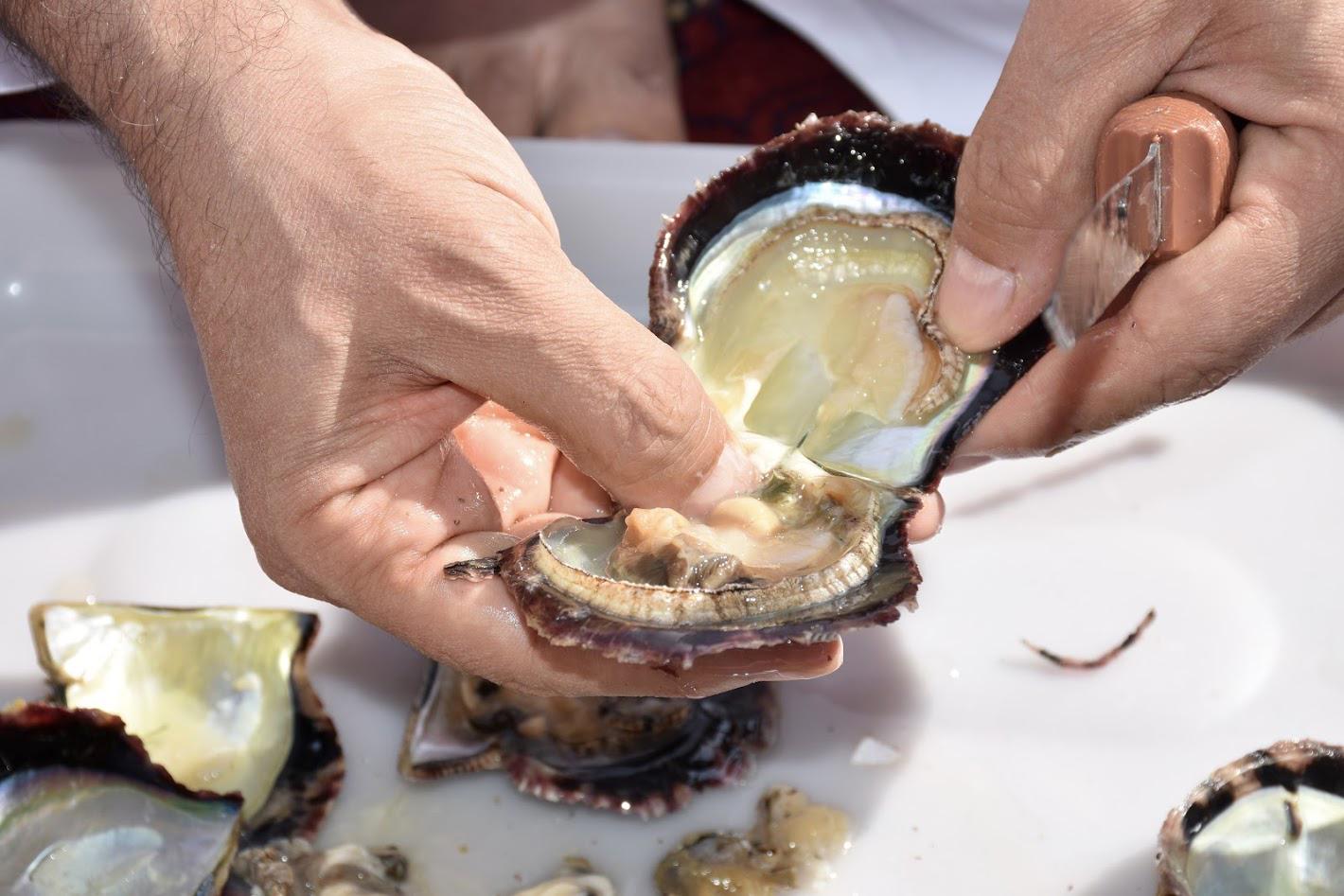 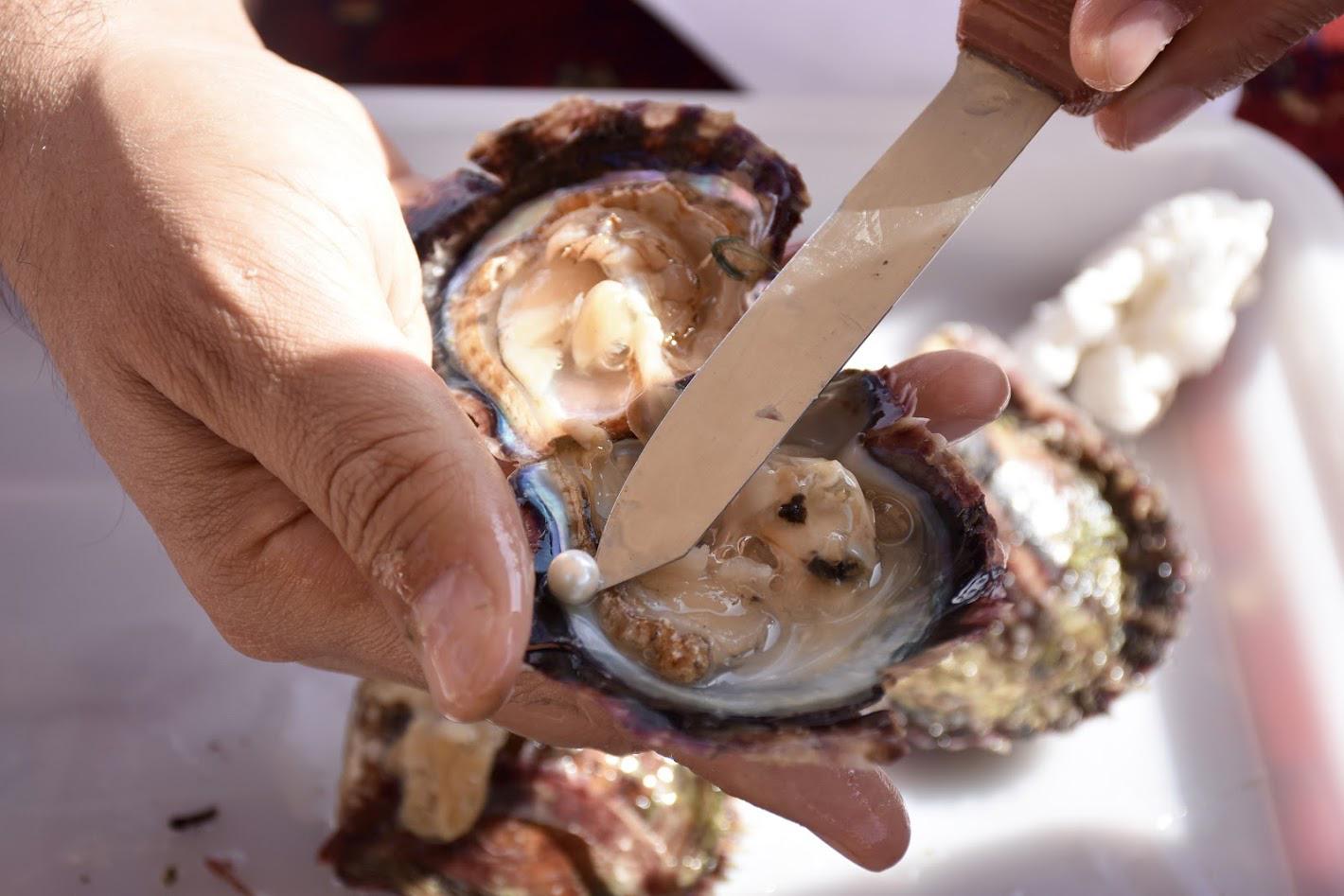 READ MORE: Jurassic Jet, a look to the past to preserve the future

What struck me most on my visit was Abdulla’s genuine passion for bringing the UAE pearling industry to a modern age. He is a vital link, bridging the past with the present and looking forward to the future. He demonstrated on equipment which has been passed down through generations, such as grating dishes and a balance counterweighted by agate beads.

My pearl had been inside the oyster for eight months and measured 6 mm, an average size. I watched with fascination as it received a rough salt bath to remove any surface imperfections. Abdulla does not dye, irradiate, or treat the pearls. What you see is what you get, a resplendent treasure! 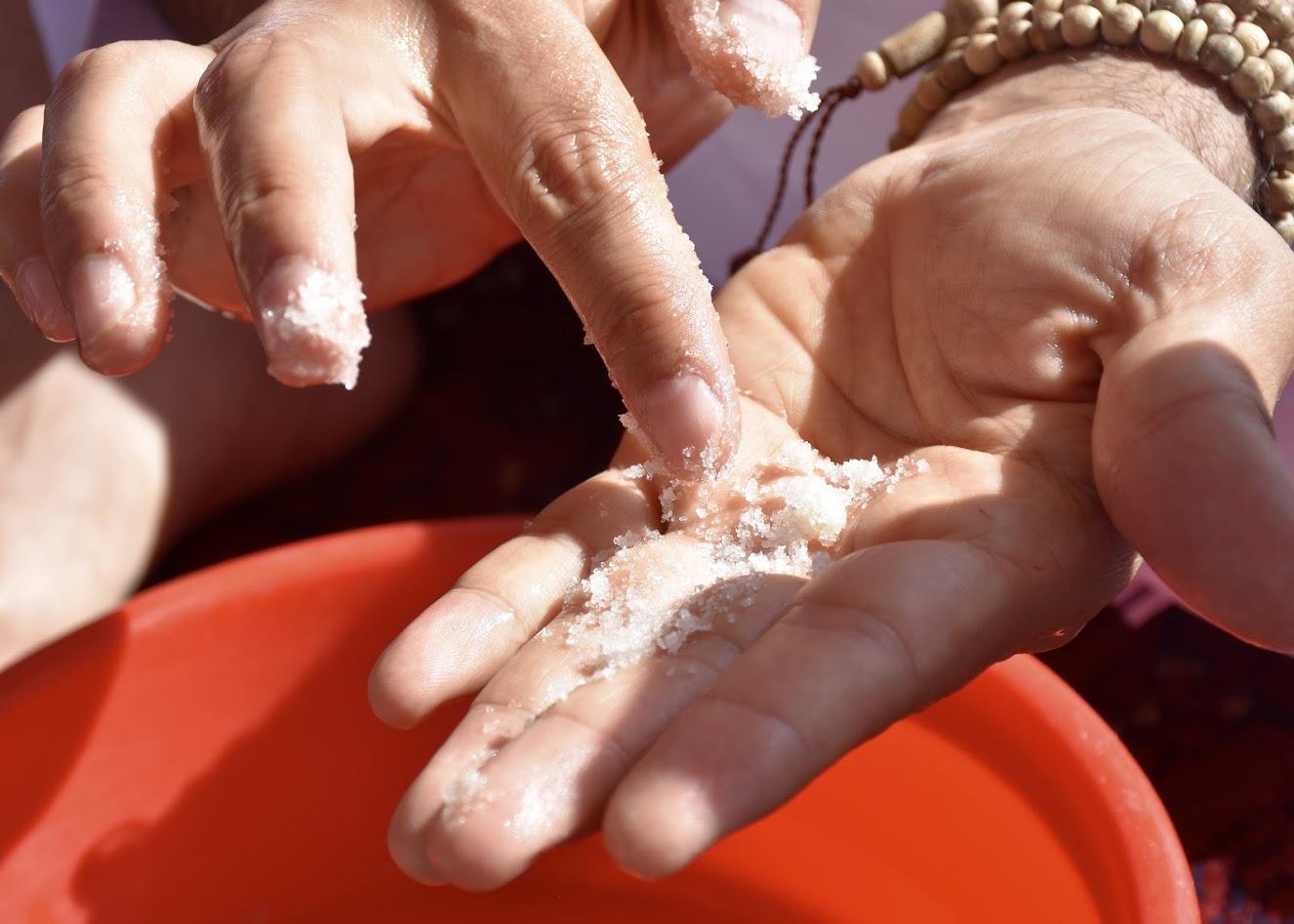 The allure of pearls transcends nationalities, cultures and even earthly concerns. Pearls are organic, symbolize purity, generosity, integrity, fertility and loyalty, and are the subject of many myths and legends. In Roman mythology, Venus, the goddess of love, like pearls came from the sea, and in Greek mythology, pearls were proclaimed to be tears of joy shed by the goddess Aphrodite.

In the Bible, the Parable of the Pearl appears in Matthew, and in Islam the Holy Quran promises pearls in paradise. There is truly something magical about pearls and the Suwaidi pearl farm offers a unique hands-on experience in the midst of nature at its most majestic that leaves you not only with knowledge, but memories that will last a lifetime.

More in this category: « Investigating Ammolite with Canadian Mining Specialist Korite Sapphires of Ethiopia: The Forbidden Road to Chila »
Tweet
Become a Gem-A Member
Apply to become a Gem-A Member
Subscribe to our Newsletter
Keep updated with Gem-A
Sign Up
Get in Touch
Can't find what you're looking for?
Contact Us