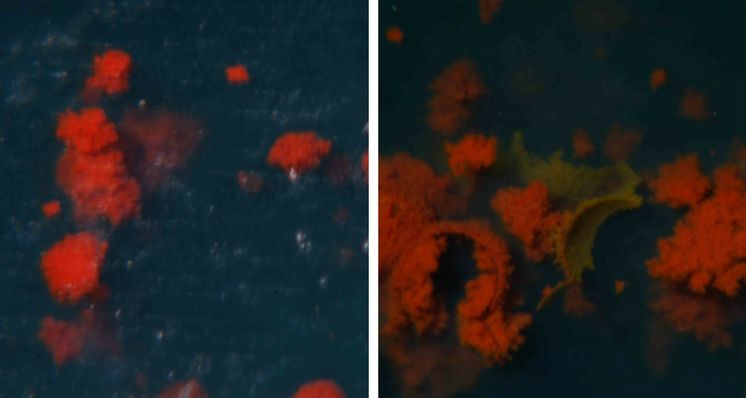 Chances are you've heard of the March birthstone aquamarine... but did you know there are actually two gems associated with the month of March? Bloodstone is considered an 'alternative' March birthstone, perhaps because of its gothic colour palette and unusual history.

Here, Gem-A gemmology tutor Lily Faber FGA EG delves into the properties of bloodstone, which is sometimes known as heliotrope or 'blood jasper'.

Bloodstone is an opaque polycrystalline chalcedony (a type of quartz) consisting of dark green jasper with spots or larger areas of red, iron oxide inclusions.

These inclusions resemble spots of blood, hence its name. The inclusions can also be other colours such as yellow or white, but red is the most well-known and popular. You can find bloodstone embedded in rocks or in riverbeds in countries such as India, Brazil, Australia, Germany, the United States, Italy and South Africa.

The Mythical Properties of Bloodstone

Bloodstone is an ancient gem material that was used by the Babylonians (pre-539 BC) to make amulets and talismans with healing properties. The Ancient Egyptians believed bloodstone could make an individual stronger and more stealthy in battle, maybe even invisible to their enemies.

Throughout history, bloodstone has been connected with an ability to control the weather, predict the future, win courtroom battles and increase creativity. In fact, it was so loved for its properties that many used the stone in jewellery, signet rings and even small cups or statues.

This ancient fascination with bloodstone is what makes many view it as the more 'traditional' choice for the month of March, as opposed to the more commercially successful and widely-known beryl, aquamarine.

Historical Use of Bloodstone

Bloodstone was typically fashioned into amulets and carved with a family's coat of arms or crest. These bloodstone intaglios could then be placed in signet rings and used as melted wax seals.

This gem material has also been used as panels in snuff boxes, and in a more decorative manner in pietra dura inlay, cabinet doors and larger items of furniture.

In the 17th century during the Renaissance, bloodstone was carved into forms such as a nef - a shallow bowl on a footed stem mounted with gold and other gemstones such as garnets.

An example of this form can be seen at the Waddesdon Bequest at the British Museum.

In contemporary jewellery designs, bloodstone is typically found in polished oval or emerald-shaped cabochons that showcase its characteristic veins and specks of red. Bloodstone is commonly carved into beads for necklaces and bracelets, which can be worn everyday as 'lucky charms'.

Bloodstone is a polycrystalline material and as is fairly tough and resistant to fractures and chipping. As bloodstone is a type of quartz it has a hardness of 6-7 on the Mohs scale, which makes it fairly resistant to scratches, but caution must still be exercised when wearing bloodstone. When cleaning, use a soft cloth or brush and warm, soapy water.

Start your gemmology journey with a Gem-A Workshop or our world-renowned Gemmology Foundation and Diploma courses. Speak to a member of the Gem-A education team to find out more on education@gem-a.com.