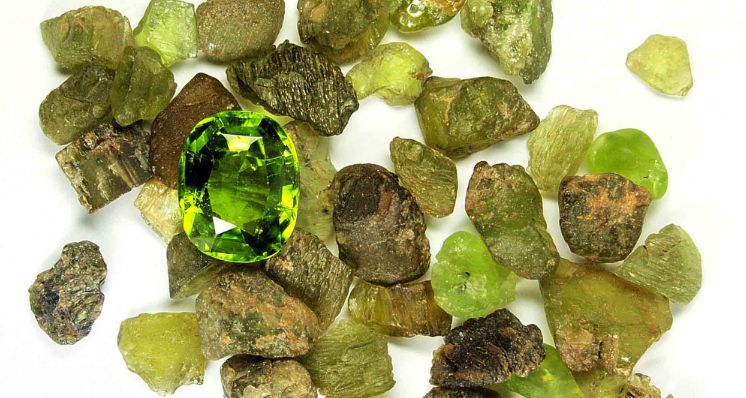 Those born in August have vibrant green peridot as their birthstone. Lily Faber FGA DGA EG delves into this zesty gemstone to find out more about its physical properties and fascinating history.

Peridot is the birthstone for August and is known for its rich green colour. It is one of the few gemstones that come in only one colour (green), and its name is thought to derive from the Arabic word ‘faridot’, which translates to ‘gem’. 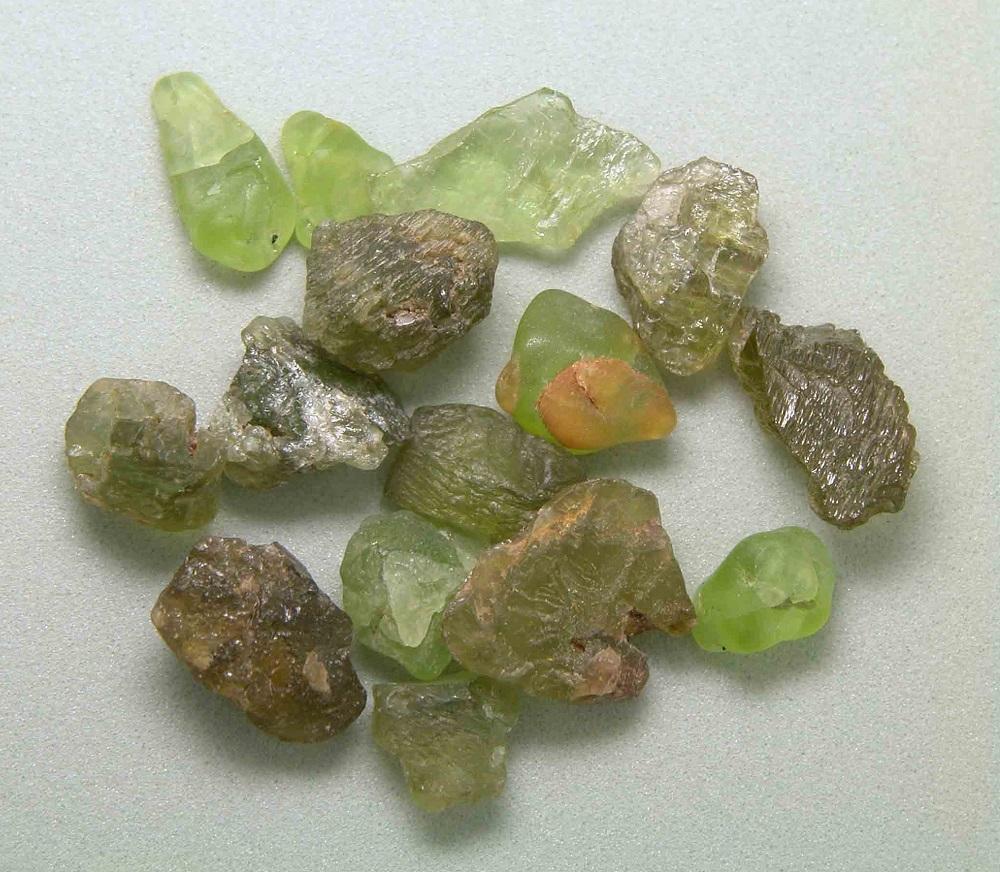 Peridot is a transparent gem variety of olivine. Coloured by iron, it comes in a range of greens from yellowy-green to brownish-green. It also has a slightly oily or greasy lustre, but don’t let that description put you off!

Its distinct olive-green hue is a lovely reminder of long summer days. In fact, some believe that peridot can bring happiness, luck and prosperity while calming anger, conquering fear and protecting one from evil spirits.

Peridot is formed in the Earth’s mantle and makes its way to the surface via volcanic eruptions. It is typically found in ancient lava beds. Occasionally, it can also come from outer space! 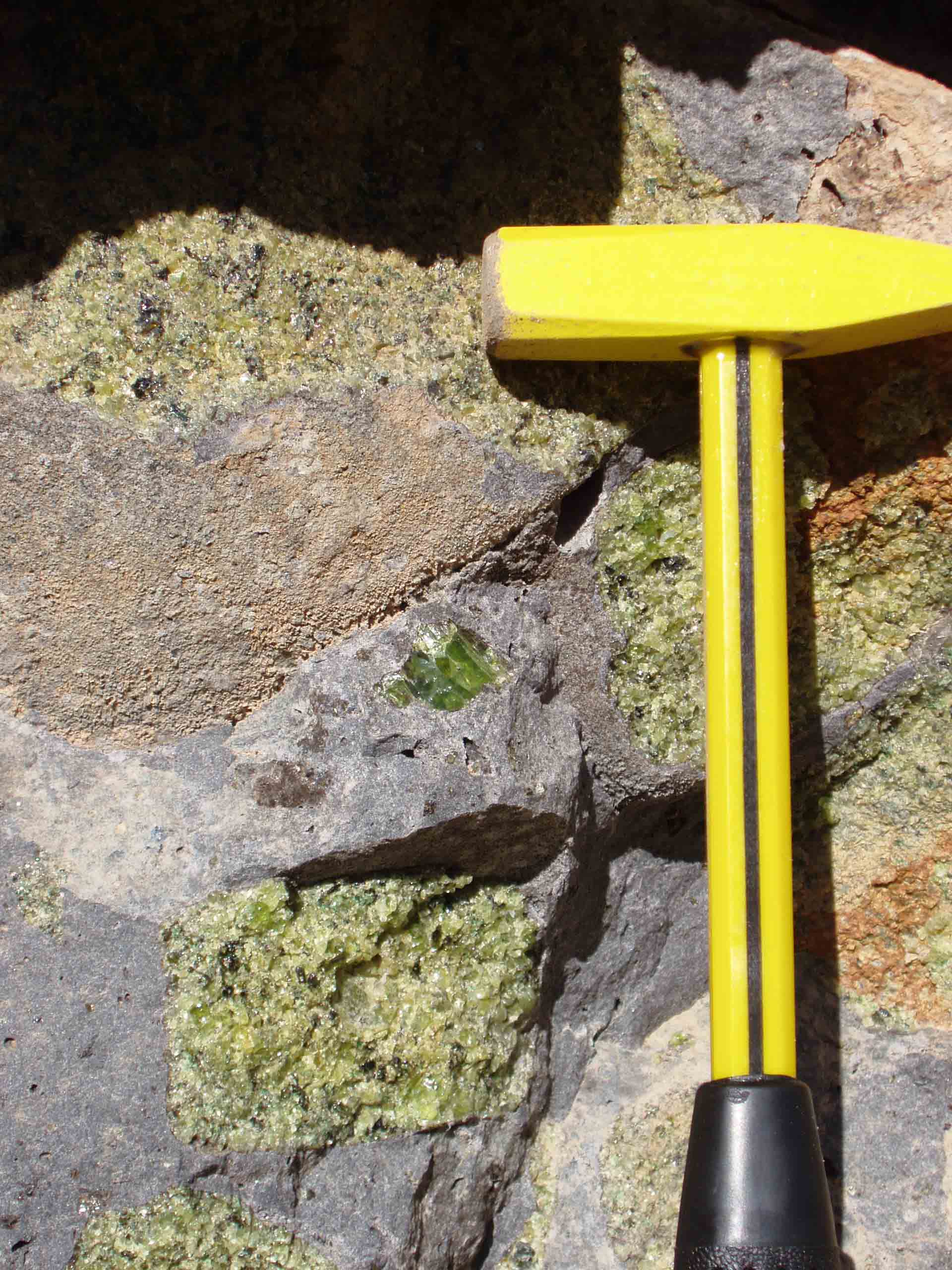 Mining for peridot. Image by Gem-A.

A special type of meteorite called a pallasite meteorite sometimes contains peridot within its iron-nickel matrix. If you slice the meteorite open, it will reveal a smattering of transparent to translucent gems.

The History of Peridot

Zabargad Island (St. John’s Island), in the Red Sea off the coast of Egypt, is believed to be the earliest known source for peridot. Centuries ago, the Greeks called this island Topazios, which was also their name for peridot. Later, this island was mined for peridot to fill the coffers of Egyptian kings and anyone who tried to set foot on the island at that time was threatened with death.

It has been said that many of Cleopatra’s emeralds, her favourite gemstone, were actually peridot. Strangely, the ancient Romans called peridot the ‘Evening Emerald’ because they believed that its bright green colour could only be seen at night, which is clearly not the case!

Other localities where peridot is found are Myanmar, Pakistan and the Peridot Mesa in the San Carlos Apache Native American Reservation in Arizona, USA. 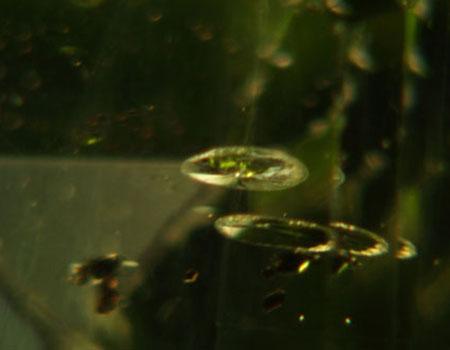 The Physical Properties of Peridot

This is a brittle stone with a hardness of 6½, which leaves it vulnerable to chips and scratches. Care should be taken when set in jewellery, especially rings. Perfumes, hairspray and make-up can also damage the stone, so spritz your perfume prior to draping yourself in peridots.

A characteristic feature that can help differentiate peridot from emeralds is its high birefringence of 0.036, within an RI range of 1.65 to 1.69. As a result, the internal inclusions and facet edges within the stone may appear ‘doubled’ – almost like you are looking at the gemstone with double vision. You can often see this doubling with a loupe or even with the unaided eye if the stone is big enough.

The most prized peridots are those of larger size, with a rich ‘oily’ green colour and few inclusions. 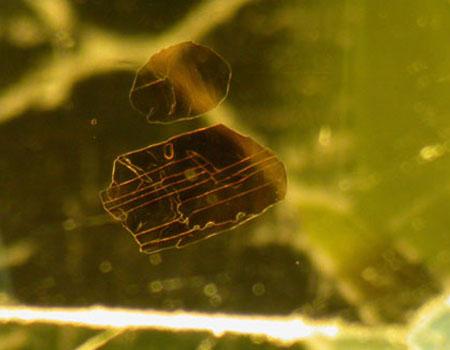 Common inclusions are lily pads, which consist of crystals, typically chromite, and are surrounded by curved stress cracks. Mica flakes can sometimes give a brownish tinge to the gem. Needle-like ludwigite inclusions are also seen. 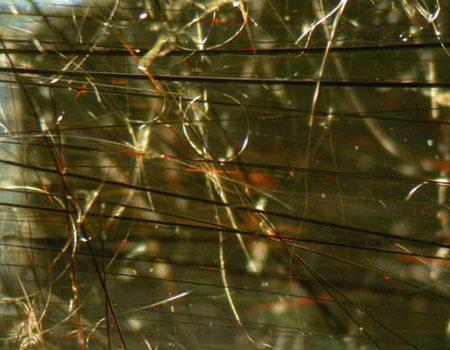 While this stone has gone in and out of fashion over the years, I encourage you to think of peridot for your next piece of jewellery not only for its gorgeous colour, but also for its interesting and varied history.

Tagged under
More in this category: « Birthstone Guide: Ruby for Those Born in July Understanding Spinel: The Alternative August Birthstone »
Tweet
Become a Gem-A Member
Apply to become a Gem-A Member
Subscribe to our Newsletter
Keep updated with Gem-A
Sign Up
Get in Touch
Can't find what you're looking for?
Contact Us