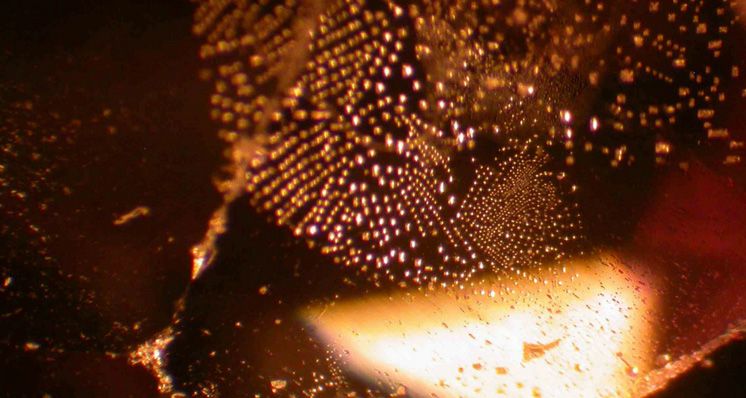 The varied hues of spinel have been admired for hundreds of years, but this gemstone only recently found its place on the list of ‘alternative birthstones’. Here, Lily Faber FGA DGA EG explores the alternative birthstone for the month of August and some of its synthetic counterparts.

Spinel is a relative newcomer to the ‘official’ list of birthstones and was added as an alternative to peridot for the month of August by the Jewelers of America and the American Gem Trade Association (AGTA). It is sometimes known as the great imitator of gemstones because it can look like so many different stones with its wide variety of colours, most notably ruby.

Read more: What Should be in the Ideal Gemmologist's Toolkit?

For millennia, red spinels were commonly mistaken for rubies. As gemmology became more established as a science in the 18th century it became possible to differentiate between rubies and spinels, and other similar-looking gemstones. Red spinels are considered important stones in British regalia and other royal collections. You may see them referenced as ‘balas rubies’ in some historical records.

Did you know? The Black Prince’s Ruby in the British Crown Jewels is actually a spinel? Read more here. 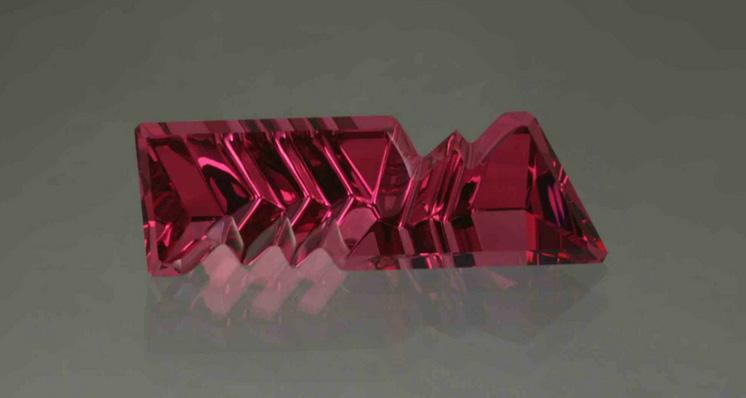 Historically, spinel (and other red gemstones) were thought to protect their wearer from harm and enhance vitality – largely because the red colour was associated with blood or ‘life force’. Other beliefs linked spinel with banishing sadness, replenishing energy and helping their wearer to overcome challenges.

While red is perhaps the most popular and commercially successful colour of spinel, it can also come in a large array of colours, such as blue, green, grey, purple, orange and pink. One of the more intriguing colours on the market is a very bright pinkish-red spinel that appears like a glowing bright, neon red.

It is known as ‘jedi spinel’ because it glows like a lightsabre in the Star Wars films. It was discovered in Myanmar in the early 2000s. 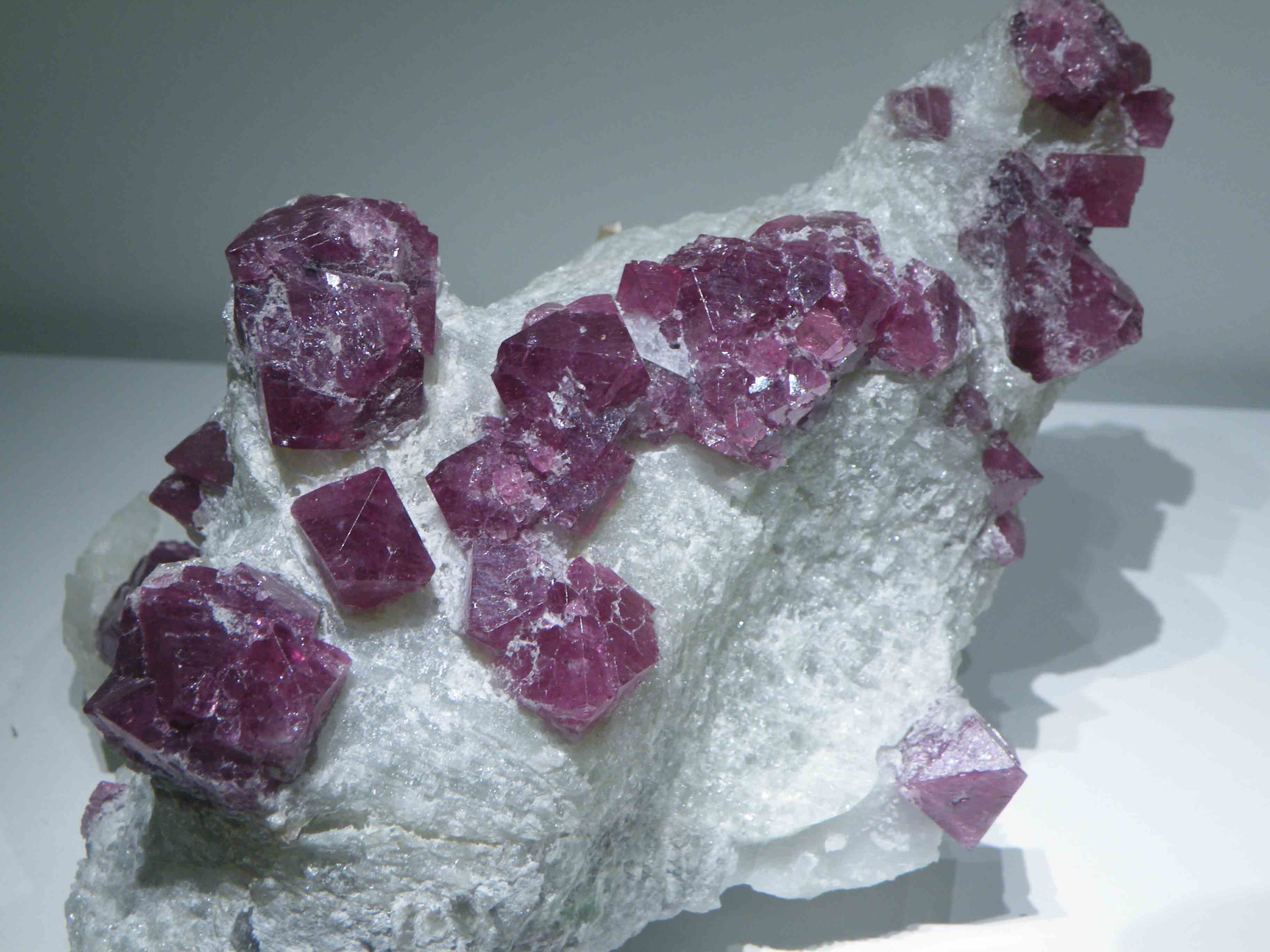 Spinels form either as octahedrons with flat, polished-looking faces that have a bright vitreous lustre, or they can form as spinel twins, which look like flat triangles with notches at the corners, known as re-entrant angles. Triangular etch pits can be found on the surface of these crystals. 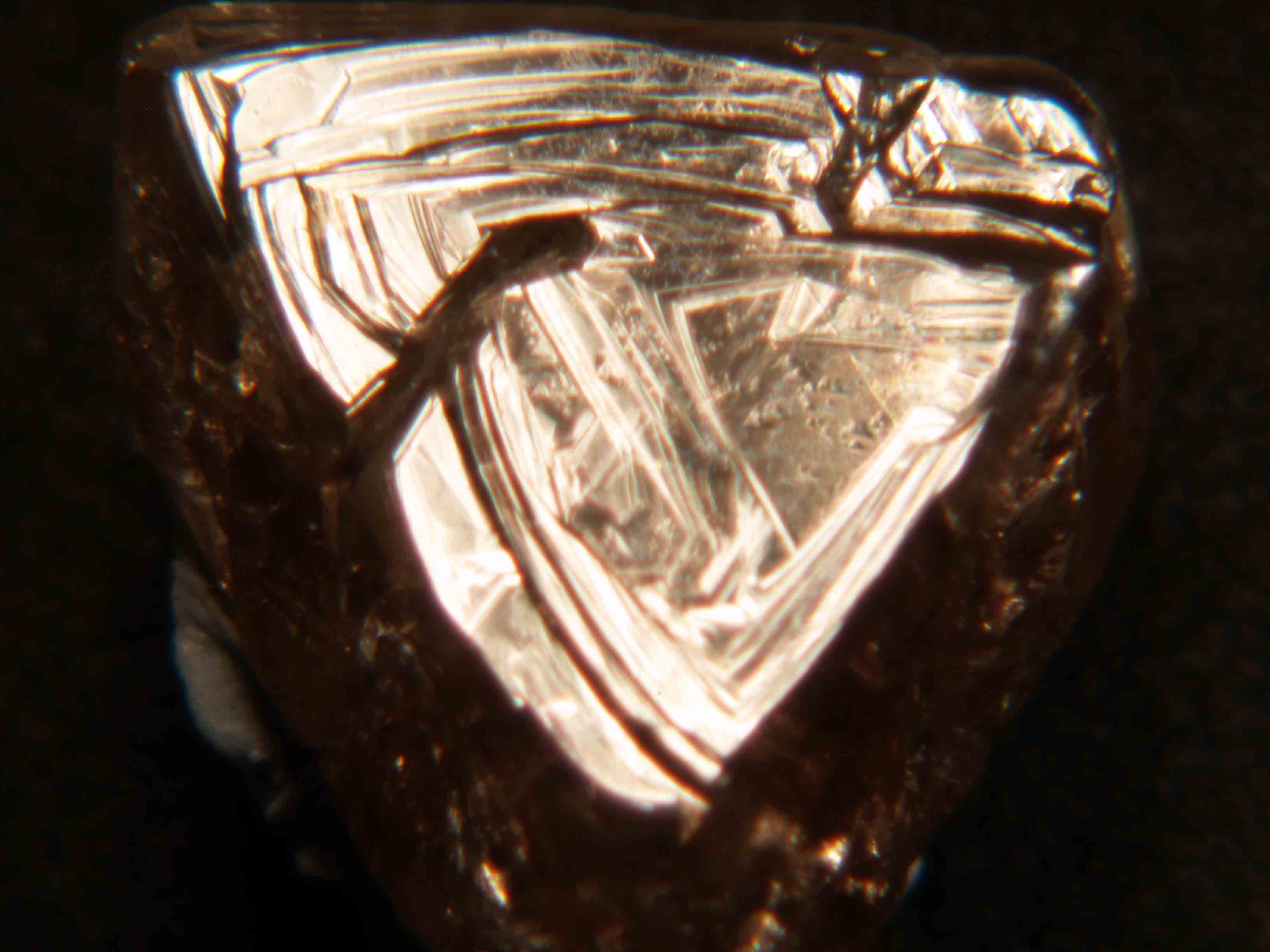 Spinels often look loupe clean with minimal inclusions. Some of the more common inclusions can be octahedral crystals that are a spinel-type mineral and are usually arranged in very neat rows. You can also see zircon haloes (circular stress fractures around a zircon crystal) and iron staining. 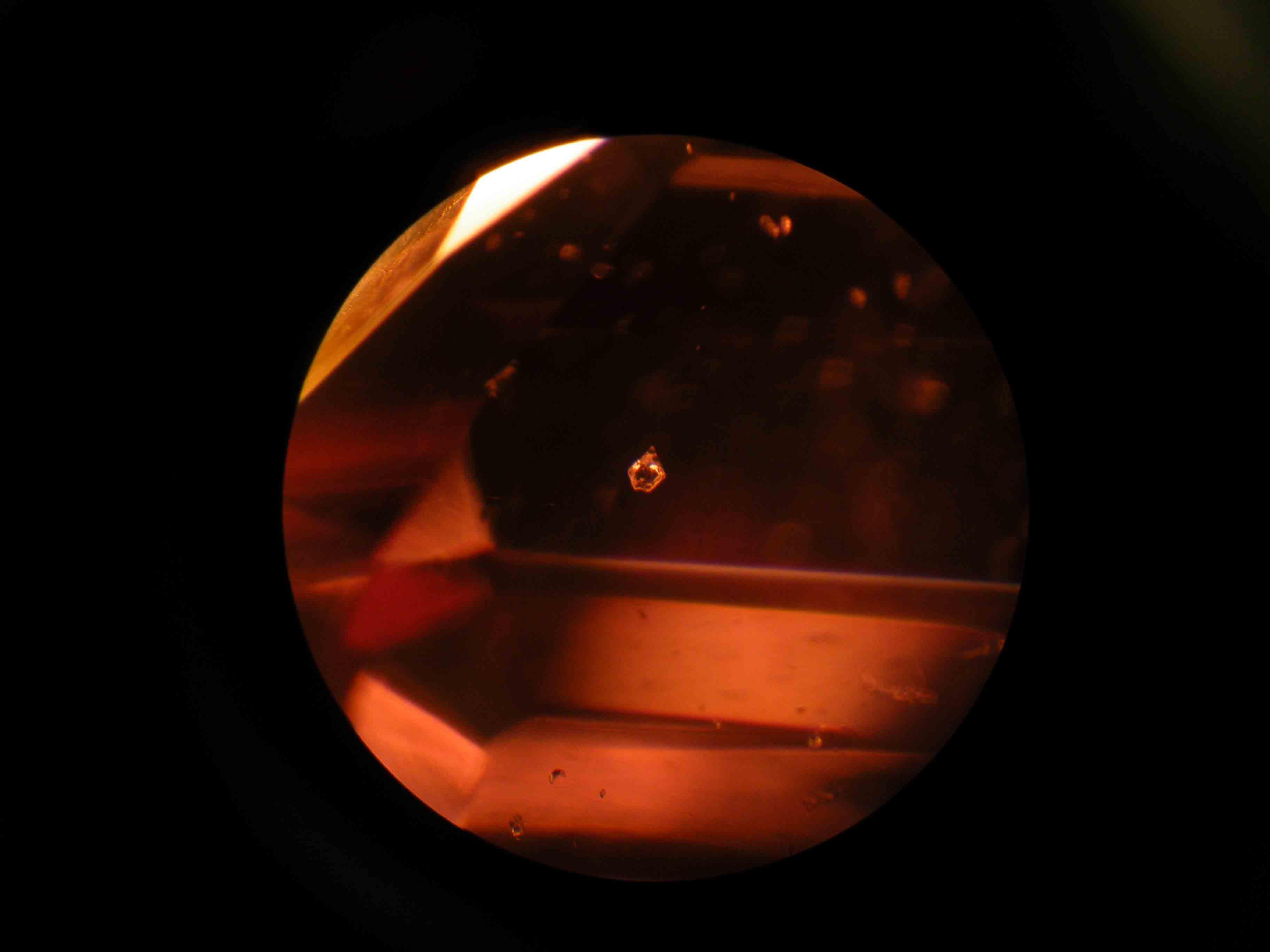 A crystal inclusion in Spinel. Image by Pat Daly.

Synthetic spinel can be produced in a lab in virtually any colour. If produced by the verneuil flame fusion method, there are a few tests that you can do to differentiate between it and its natural counterpart. The refractive index of synthetic spinel is typically 1.727, which is higher than a natural spinel, which usually sits around 1.718.

Additionally, if you put the synthetic stone on the polariscope, you will most likely see a type of strain called tabby extinction, which looks like thin, shadowy stripes that move across the stone as it is turned. Finally, observe the stone and try to find any natural inclusions like the ones mentioned above.

There are many natural spinels with minimal inclusions, but use additional tests to err on the side of caution. 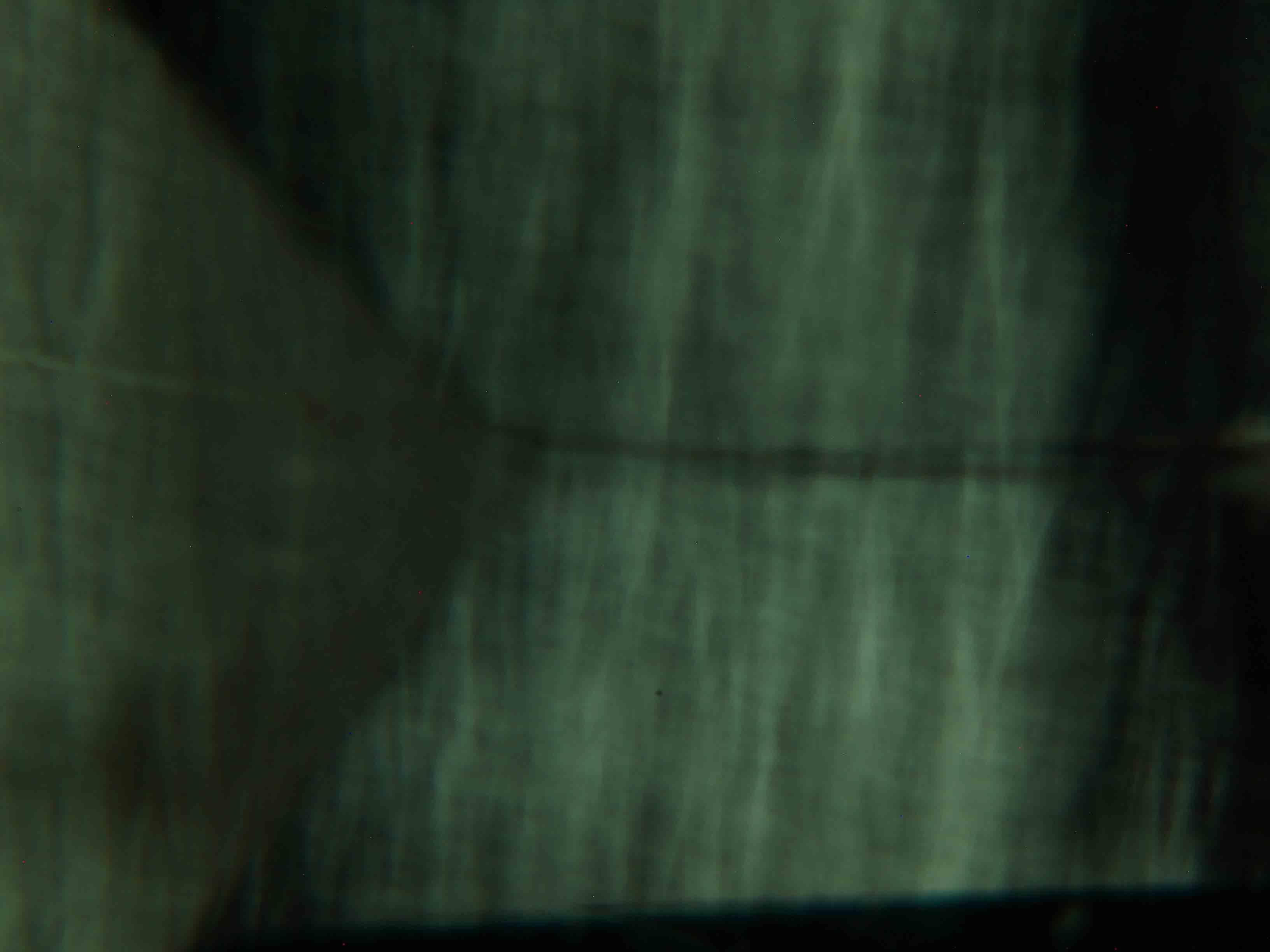 Spinels have a hardness of 8 on the Mohs scale, meaning that they can resist scratching and abrasion more easily than softer gems that fall lower on the scale. As it has a very good stability with a high resistance to heat or chemical damage, spinel can be used in jewellery dips, but it is still advised that warm water and a mild soap are used to clean spinel-set jewellery. Avoid ultrasonic and steam cleaners for good practice.

With its range of colours, good clarity and bright vitreous lustre, it is time that spinel was more appreciated as a gem material in its own right. Even though it is a lesser known gemstone on the market, it is a worthy alternative to peridot as a birthstone for August.

Do you want to learn more about gemstones? Sign up to a Gem-A Short Course or Workshop.

Start your gemmology journey with the Gem-A Gemmology Foundation qualification. Contact our Education team on education@gem-a.com to find out more.