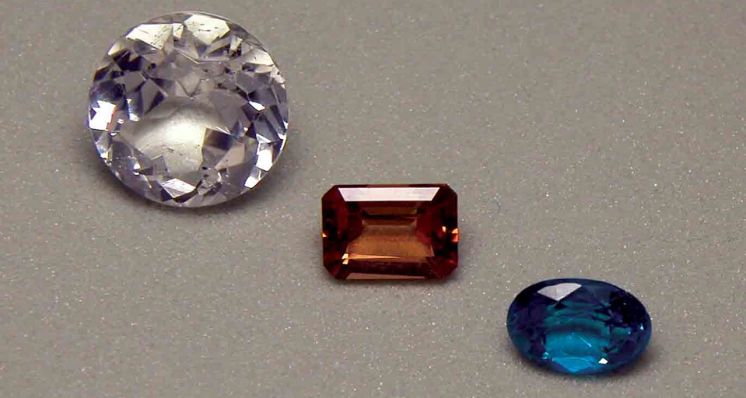 Gem-A gemmology tutor Lily Faber FGA DGA EG takes a closer look at topaz, the birthstone of November, and explains why this gem should be high up on your Christmas wish list.

For those born in the cold month of November, topaz is a well-known and hopefully well-loved gemstone. For those born during the rest of the year, you may want to steal this birthstone for yourself!

The name topaz most likely originated from the Sanskrit word 'tapas', meaning 'fire'. This gemstone is thought to promote creativity, increase sensitivity to taste to enhance your dining experiences, boost mental clarity and to uncover lies and illusions.

The ancient Greeks believed that topaz could render the wearer invisible - though I have yet to see proof of this effect! Topaz is the state stone for Texas and Utah in the United States of America and is the talisman for the astrological sign Sagittarius. 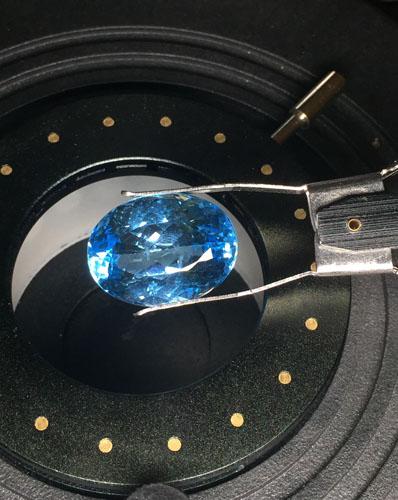 Topaz is most often associated with the colours yellow, orange, blue or pink, but it can also be colourless, green and brown. Topaz comes in some of the gem world’s largest crystals that have to be measured in kilograms and not carats. A famous example is a single transparent topaz crystal from Minas Gerais, Brazil, which weighed 596 pounds.

Read more: Why Are Some Gemstones Associated with Bad Luck?

What about Imperial Topaz?

Topaz can be found in Brazil, Russia, Pakistan, Mexico, the USA, Madagascar and Sri Lanka. In the 19th century, the main source for pink topaz was in the Ural Mountains in Russia. The imperial family, including the tsars, reserved exclusive rights to own and wear the colour, thus imparting the name 'Imperial topaz'. It is less common than other naturally occurring colours of topaz and is thought to resemble the colours of the setting sun. 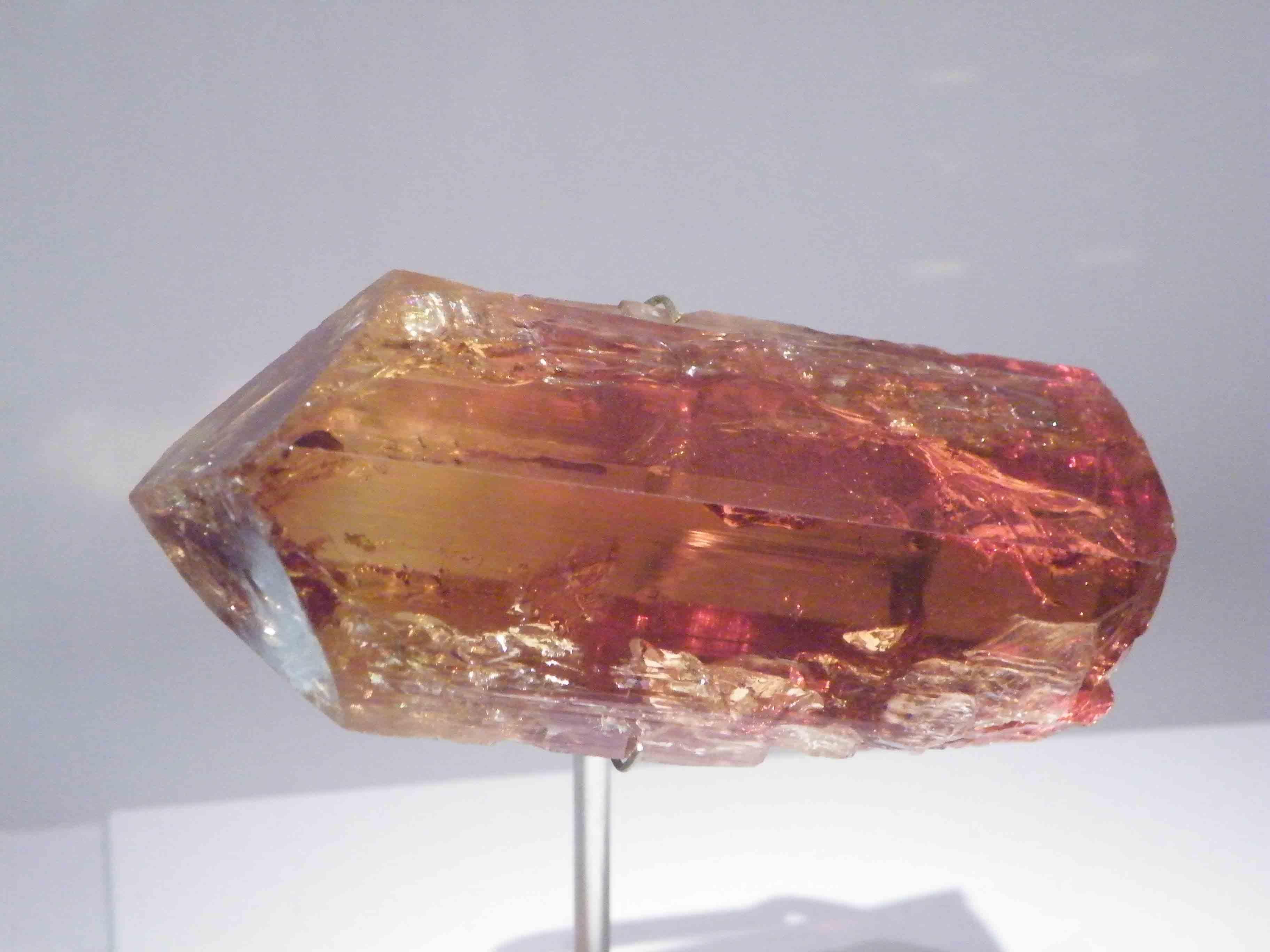 Historically, all yellow stones were called topaz, which has since been corrected, for the most part. In some shops, misnomers can still be seen today. Misleading names like 'quartz topaz', 'Scotch topaz' or 'Spanish topaz' are used for citrine quartz, so don't fall for it!

It should be noted that almost all pink topaz on the market today is mined in Brazil and heat-treated to bring out the pink colour. Natural blue topaz is typically pale, and stronger colours like 'London blue' or 'Swiss blue' are achieved by irradiating and heating a colourless topaz to promote and stabilize the blue colour.

One colour that was not created by nature is known as 'mystic' topaz. It is a colourless topaz that has been coated with a thin metallic layer to produce extreme iridescence.

Topaz is a relatively hard material, with a level of 8 on the Mohs scale of hardness. While it can take a high polish and show a bright vitreous lustre, its perfect and easy cleavage lets it down. Cleavage is a directional breakage that occurs along a crystal plane in only crystalline materials.

Topaz has what is called 'basal' cleavage, which is 90 degrees to the direction of crystal growth, or the c-axis. This breakage leaves a flat base (basal pinacoid) with the tell-tale terrace-like markings that look like tiny, wavy rivers running across the flat surface of the crystal. Any forceful knock or pressure can split the stone in two along this direction, so great care is taken when fashioning these stones. If wearing topaz set in a ring, it would be advisable to wear it in a rub-over setting to protect as much of the stone as possible. Otherwise, simply wear it in a necklace, earrings or, if you are feeling very fancy, a tiara.

Other things to know about topaz is that it's pleochroic, meaning it displays different colours in different crystal directions.

Topaz crystals are typically transparent with multiple straight, parallel striations running down the length of the crystal and a pyramidal termination at the top. They have a rhombus-shaped cross-section which looks like an elongated kite-shape.

Inclusions can consist of healed internal fractures (feathers), long tube-like cavities and two-phase inclusions or a cavity with two immiscible liquids. Iridescence can be seen in both rough crystals and cut stones where there are internal fractures, or where cleavage is just starting to extend into the stone from the surface (also known as incipient cleavage). Also seen are variously coloured mineral inclusions. 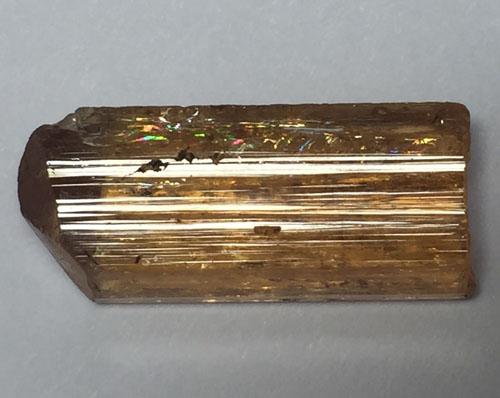 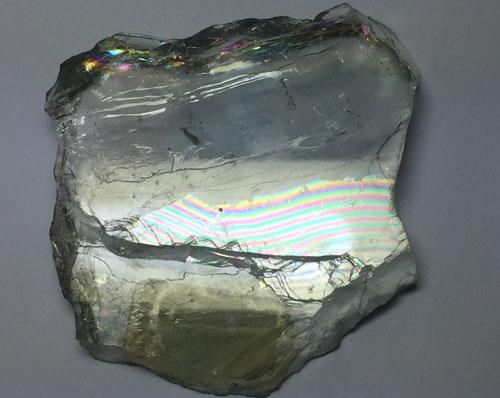 If you've never thought about topaz jewellery, now's the time to add this colourful gemstone to your collection. London blue topaz especially is growing in popularity, with many jewellery lovers choosing this gemstone instead of aquamarine and sapphire for statement cocktail jewellery.

Those born in November are lucky enough to have two beautiful gemstones as their birthstones. Find out more about citrine, a variety of quartz, here.

Learn more about gemmology with our Short Courses and Workshops.

Start your gemmology education no matter where you are in the world with our Online Distance Learning.