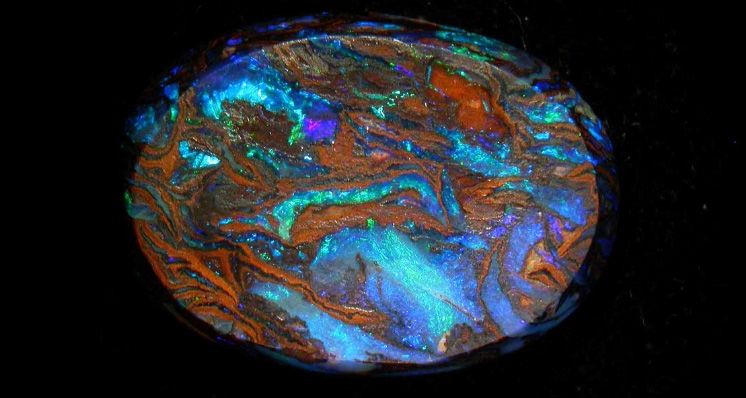 The captivating opal is the birthstone for all those born in October. Here, Gem-A tutor Lily Faber FGA DGA EG explores the history and properties of this iridescent and rainbow coloured gemstone.

Opals have been valued for millennia, even before Ancient Greek and Roman times. There are two main types of opal: precious and common. The precious variety shows the magical play-of-colour that is so highly sought-after, while the more common variety simply does not show this optical effect but can come in a variety of colours from pink to green to blue to yellow. 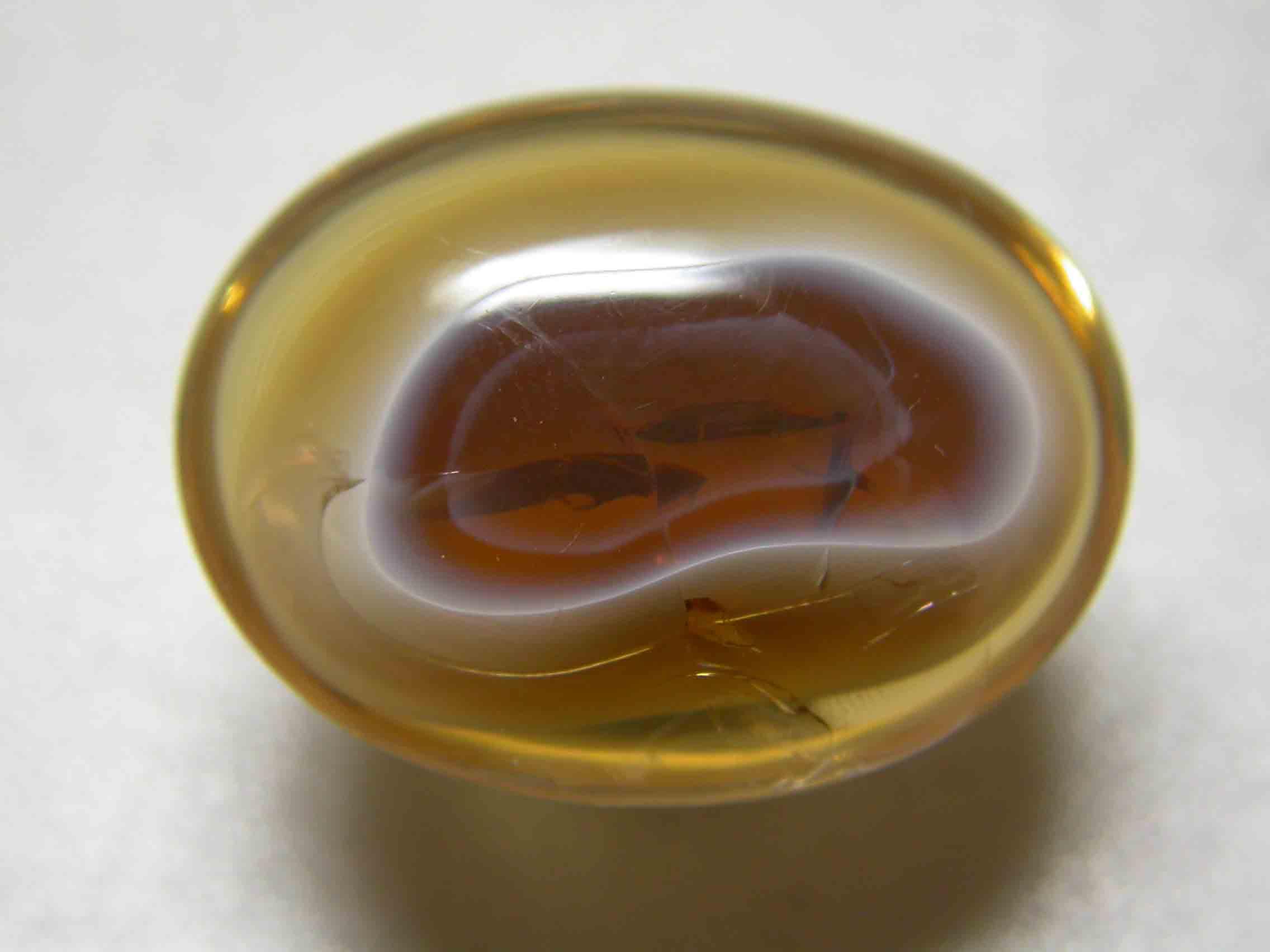 Another variety is known as fire opal, which is a transparent to translucent variety that is orange, red or yellow and sometimes displays play-of-colour, but often does not.

The History of Opals

Believed by the Greeks to give one the power of prophecy and foresight, opals enjoyed a long period of favour. The Romans thought that opals represented purity and hope and they were regarded in high esteem until the 18th and 19th centuries when perceptions changed.

In the Victorian era especially, opals were believed to be unlucky and a cause of misfortune. Some even went as far as to believe that opals could bring physical harm to their wearer.

A well-known example of this is Queen Alexandra, a successor to Queen Victoria. She inherited a spectacular tiara that Prince Albert gifted Queen Victoria containing 11 precious opals. Fearing the opals could bring her misfortune, Queen Alexandra swiftly replaced all the opals with rubies before continuing to wear the heirloom. 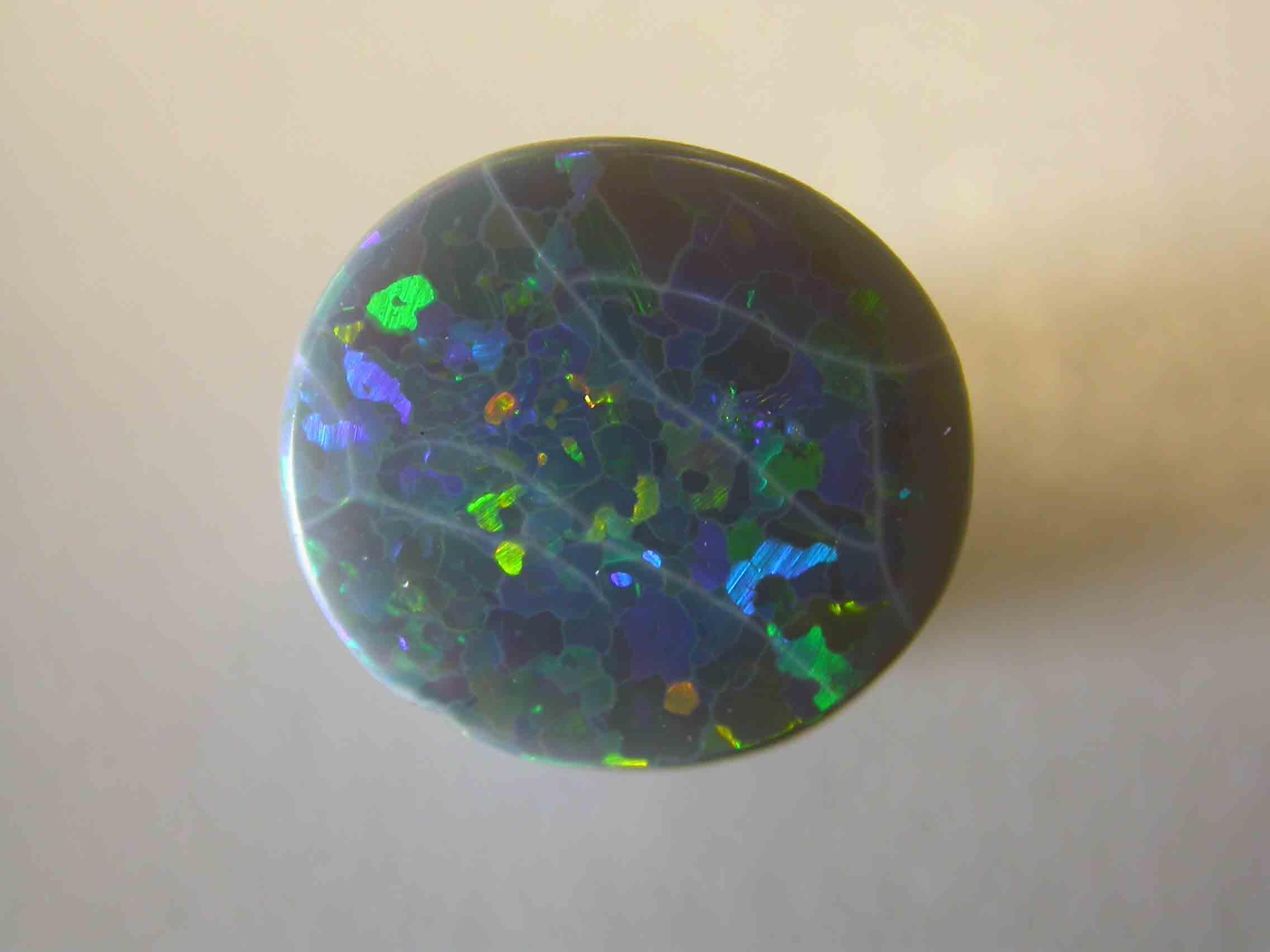 Where are Opals Found?

Prized precious opals were relatively rare prior to the 19th century, the best examples coming from present-day Slovakia. Today, there are many localities where opals can be found, but the best and most valuable ones were discovered in the late 19th century in Australia.

Deposits where highly desirable opals have been found include Lightning Ridge and White Cliffs in New South Wales.

There are many natural opals on the market, but there are also manmade ‘synthetic’ opals. First created by Pierre Gilson in 1974, these opals are very close to matching the physical and chemical structure of a natural opal. Synthetic is in quotations because it is not completely identical to its natural counterpart. 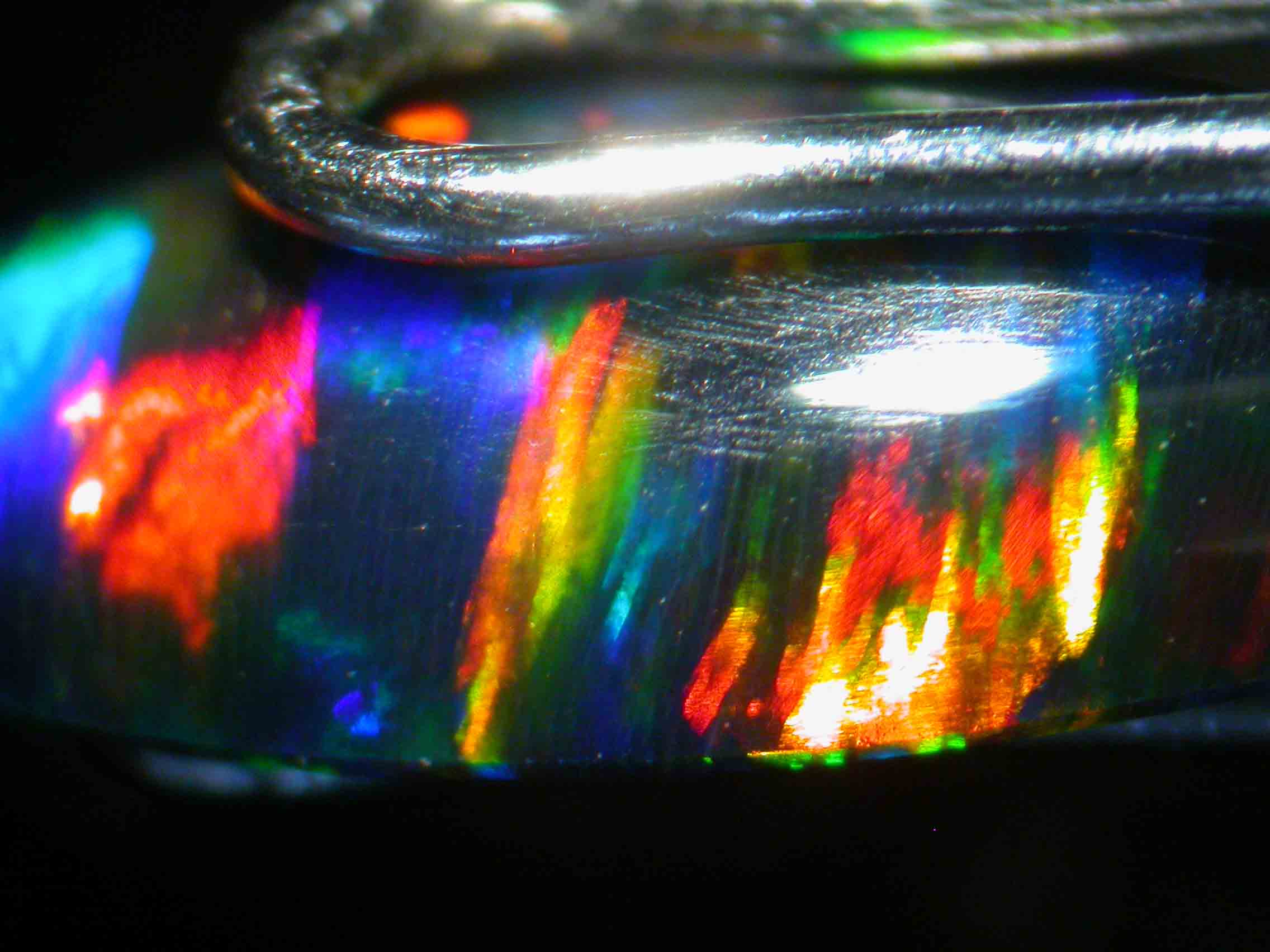 It is essential that one must be able to distinguish between these manmade opals and the naturally forming ones when going to purchase an opal. This can be done with observation using a 10x loupe.

Natural opals with play-of-colour have irregular patches of rainbow hues that flash at many different levels within the stone as it is turned. The patches of colour are irregularly shaped and can be limited depending on the inner structure of the opal.

‘Synthetic’ Gilson opals still display play-of-colour, but it can be much brighter and more consistently shaped and displayed throughout the stone than natural opals. Additionally, these patches of colour have a polygonal outline to them, giving a ‘lizard skin’ appearance.

If cut as a cabochon, there will also be a columnar structure to the patches of colour on the side of the cabochon, which is completely unlike natural opals. 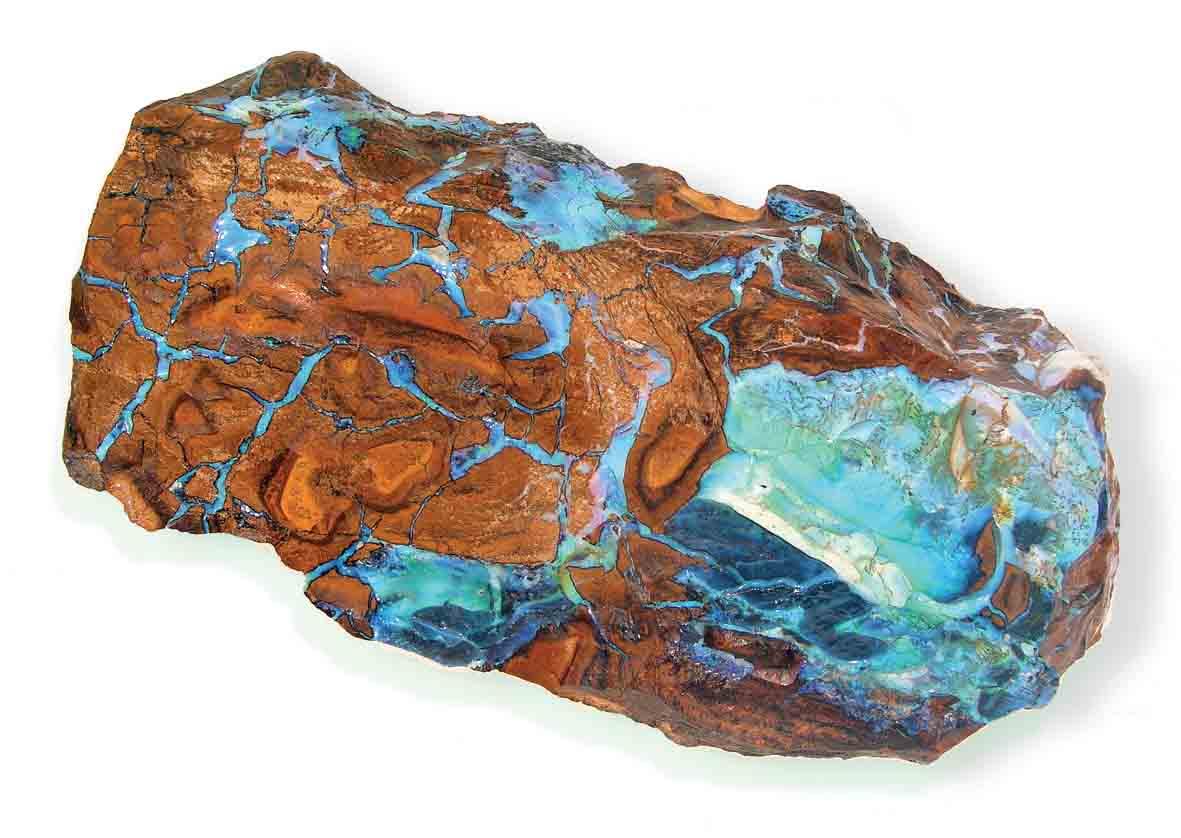 Opals contain up to 30% water, which means that they are susceptible to drying out when exposed to heat. This can cause crazing, or cracking, that is irreversible.

When storing your opals, always make sure that it is in a cooler temperature, preferably with a bit of moisture in the air (a small dish of water or cotton ball will do). Opals are also porous and can be easily damaged by acids and chemicals such as detergents, perfumes and jewellery cleaner. 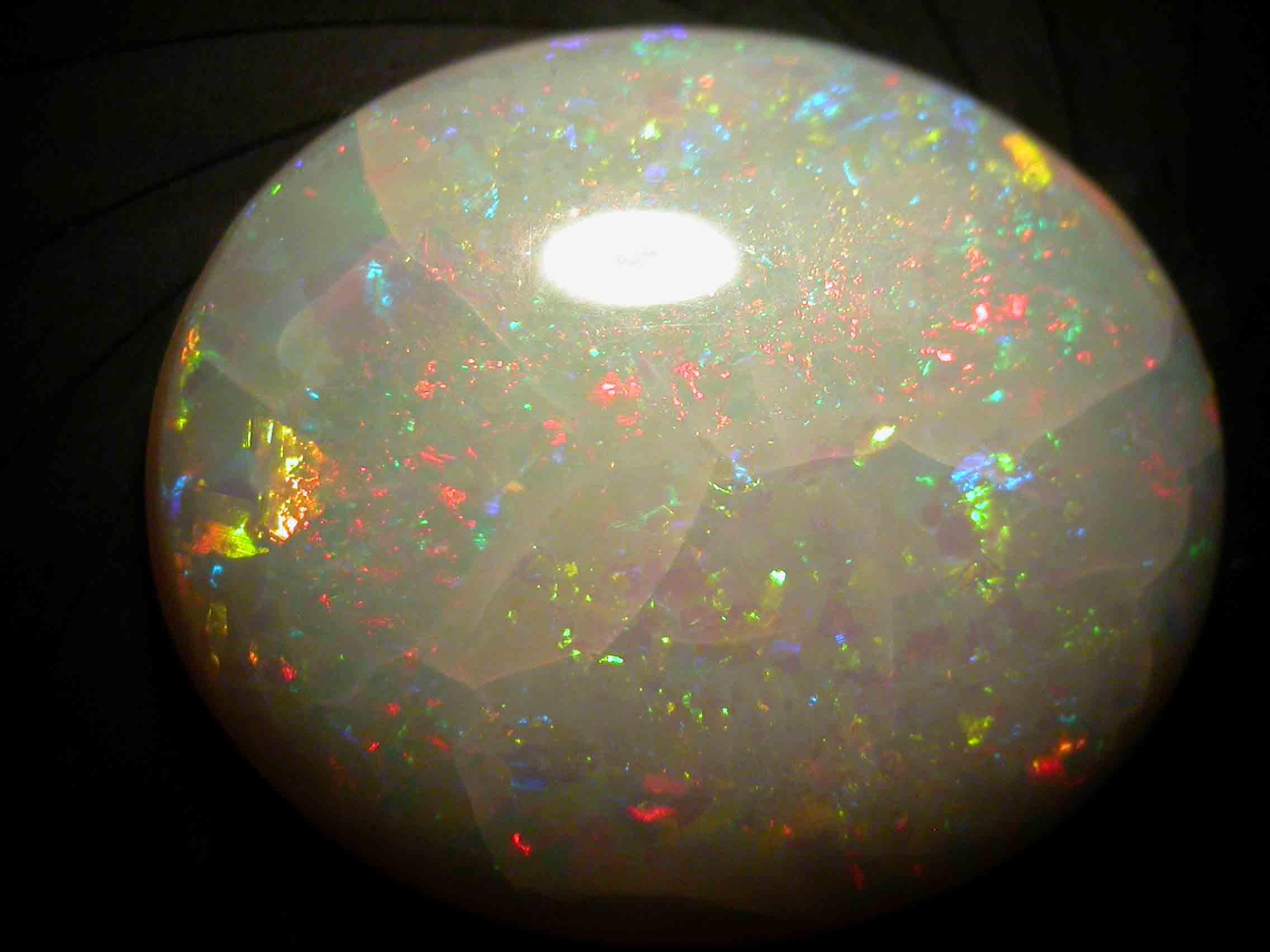 An example of crazing on a white opal. Image Credit, Gem-A, Pat Daly.

Finally, opals are soft with a hardness of 6 on the Mohs scale. This makes them vulnerable to knocks, scuffs and abrasions, which means they are more suited for earring and necklace settings rather than rings in order to keep them safe while wearing.

Today, opals are enjoying resurgence in popularity, despite the misgivings that they can bring back luck to those who wear them. For those born in October, opals can and should be considered a bit of gemstone magic to be enjoyed for their stunning play-of-colour unmatched by any other gemstone.

Start your gemmology journey with bite-sized Short Courses and Workshops.

Would you like to learn more about the science of gemmology? Discover our gemmology courses here.