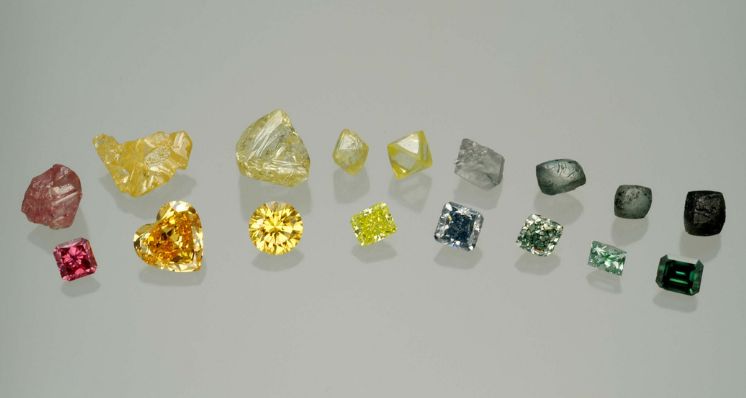 The typical image of a diamond tends to be of a clear and colourless stone, therefore it is hardly surprising that these are presumed to have the highest monetary value. In reality, diamonds can present as a range of different colours and uniquely-coloured diamonds can command premium prices.

Coloured diamonds are created when impurities or deformities occur in a diamond’s lattice of carbon atoms, with particular impurities resulting in different colour formations.

The most valuable stones will be those which are purest in colour, most saturated and most even in tone. In order to assess the grades of colour, coloured diamonds are placed into one of nine categories: faint (least valuable), very light, light, fancy light, fancy, fancy dark, fancy intense, fancy deep and fancy vivid (the rarest and most expensive). 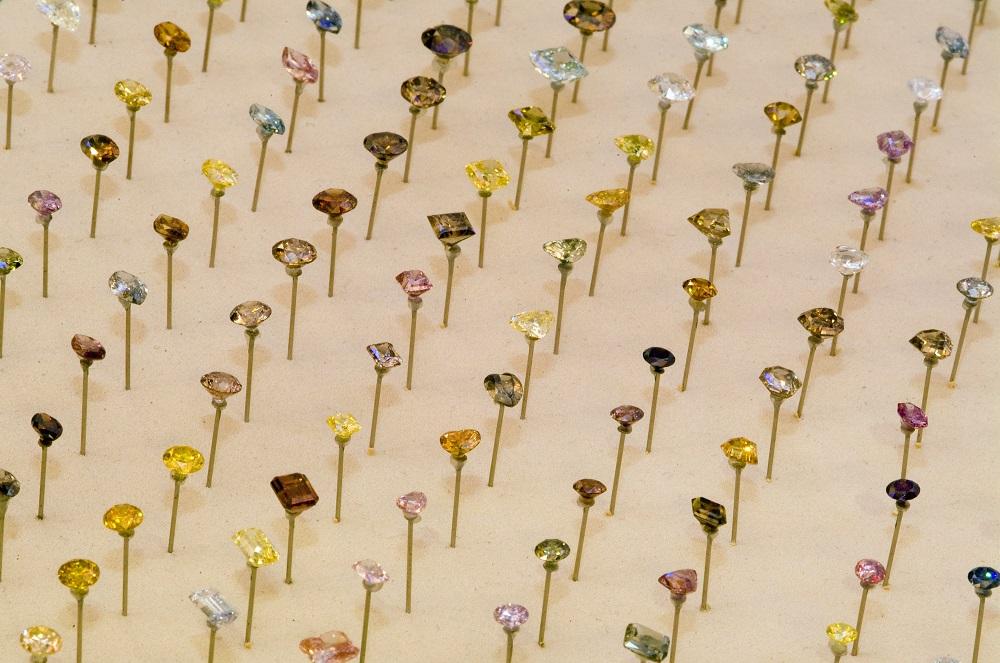 Increasing rarity leads to higher retail prices and by examining the variations between some notable types of coloured diamonds, we can see a clear scale of value emerging based on an agreed-upon grading system.

The colouration of brown diamonds is caused by a deformation of the diamond lattice during the gemstone’s growth within or expulsion from the mantle. In fact, 98% of all mined diamonds will have a brown tone, which is generally considered unfavourable. However, thanks to the savvy marketing team at Australia’s Argyle mine, a new trend for ‘cognac’ or ‘champagne’ diamonds emerged in the 1990s.

Yellow diamonds gain their colour through nitrogen (N) impurities in the diamond lattice. N often finds itself incorporated in the diamond’s atomic structure, as it is similar in size to the carbon atom. If the diamond has been resident in the mantle for a considerable amount of time, the N will aggregate to form a group of three N atoms and a vacancy. This creates a ‘colour centre’ that absorbs light and makes a diamond appear yellow.

However, the rarest yellow diamonds are the youngest diamonds; in such stones, the N atoms have not joined forces and remain isolated within the diamond’s atomic structure, resulting in the creation of the celebrated ‘canary yellow’. In May 2014 the Graff Vivid Yellow, at a stellar 100.09 carats, brought $16.3 million at Sotheby's.

Similar to brown diamonds, the pink colouration of a diamond is associated with a deformation of the diamond lattice. This would have occurred while it grew deep within the earth’s mantle in areas where tectonic plates collided and mountains formed. 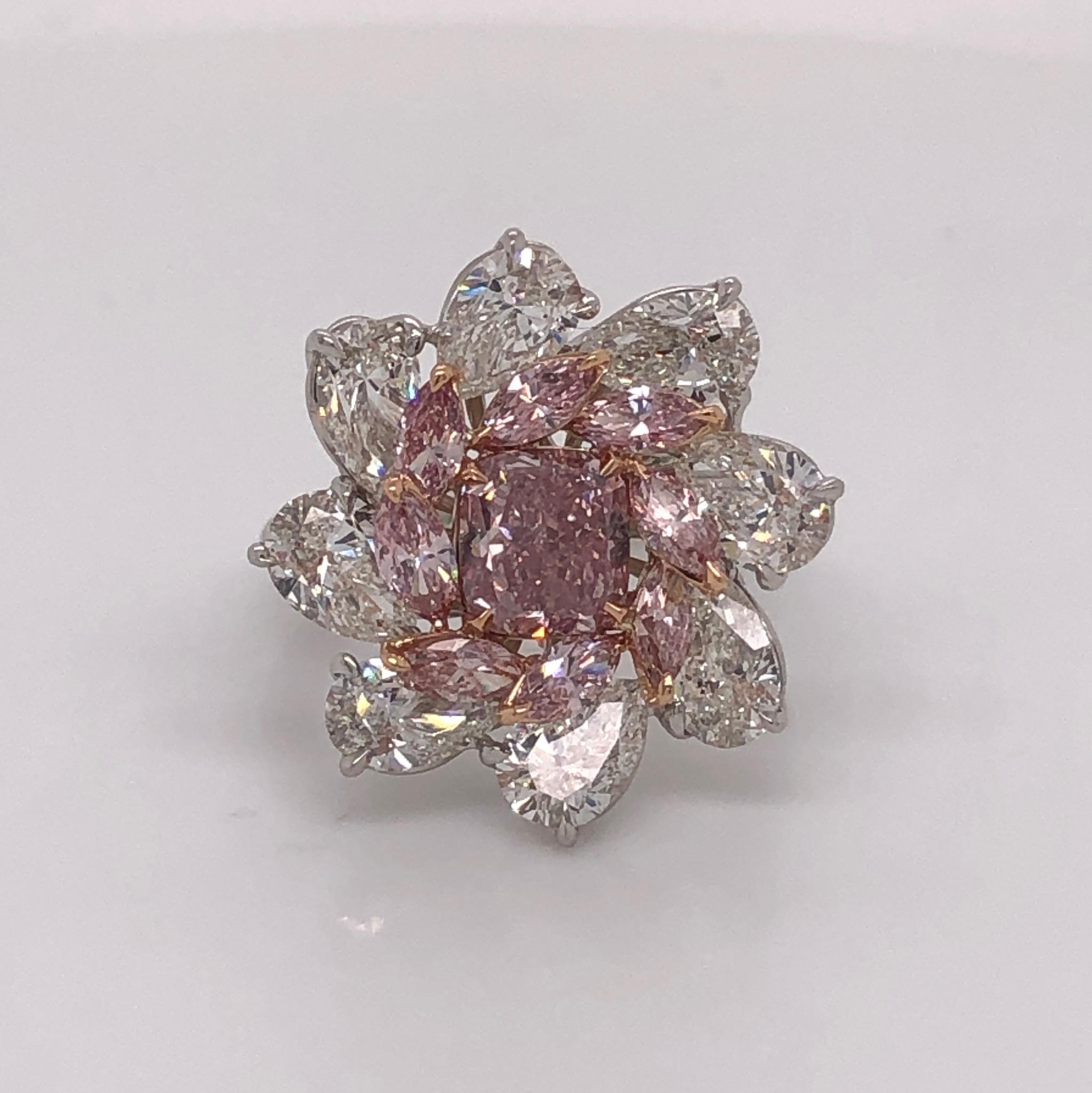 The Argyle mine in Australia is one of the principal sources for pinks – but they are rare, accounting for only 0.1% of overall production. Testament to its huge popularity, the 18.96ct Winston Pink Legacy diamond fetched a sum of $50,375,000 at Christies in 2018.

The rarest and most sought-after blue diamonds owe their colour to infinitesimal levels of boron impurities and, like canary yellow, account for less than 1% of all natural stones.

Selling for $57,500,000 at Christies in May 2016, the 14.6ct Oppenheimer Blue is the most expensive fancy vivid blue diamond sold to date, and clearly demonstrates that quality blue diamonds can attract premium prices at auction. 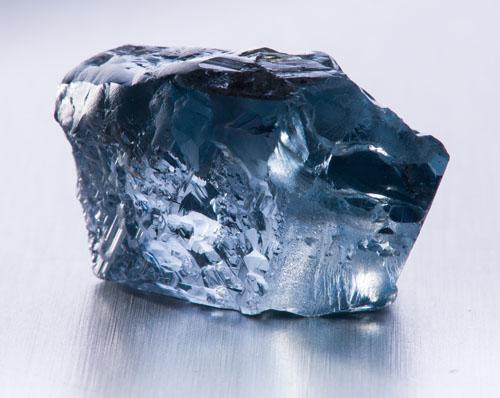 An exceptional 29.6 carat blue diamond recovered at the Cullinan mine, January 2014. Courtesy of Petra Diamonds.

The green colouration in diamonds is generally caused by irradiation and the colour is often only skin deep, having occurred in the crust after the gemstone has formed. A natural green diamond of good colour is very rare and highly valuable; the most expensive green diamond ever sold was the 5.03ct Aurora Green for HK $16.8 million at Christie’s in May 2016. However, because it is very difficult to differentiate between natural and artificially irradiated stones, they are treated with caution by the market.

The Dresden Green Diamond - a 41 carats (8.2 g) natural green diamond, which probably originated in the Kollur mine in the state of Andhra Pradesh in India. Here it is pictured as part of a hat clasp ornament. (By ubahnverleih - Own work, CC0)

Red diamonds are somewhat mysterious to researchers, as the cause of their colouration remains yet unknown. Moreover, as only a handful of stones are known, they remain the holy grail of natural coloured diamonds; the largest ever red diamond, the 5.11ct Moussaieff Red diamond, was discovered in Brazil in 1990 and bought by Moussaieff Jewellers in the early 2000s for an estimated $8,000,000.

There are several other varieties of coloured diamonds, however because of their rarity and the fact that they are mostly sold at tender, it is difficult to place a value on them. One interesting example is the chameleon diamond, a diamond which changes colour when exposed to extreme heat or UV light, which is exceedingly unusual but seldom comes to market.

Read more: The Geology of Diamonds

Grey diamonds gain their colour through hydrogen impurities. Although they are extremely rare, the very fact that they are so unusual means that they have not attracted a great deal of public awareness and have no substantial market desirability. Likewise, violet diamonds are exceptionally rare and hard to value. One of the oldest types of diamonds (type 1 AB), they typically only appear in sizes up to a maximum of 0.25ct and as such larger stones make particularly special finds. 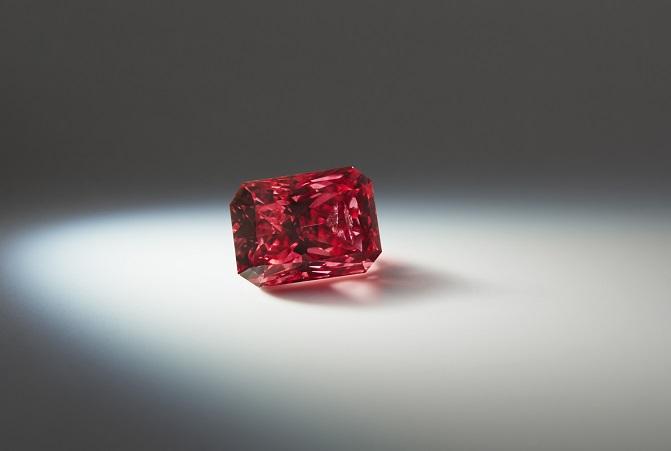 As with red diamonds, orange diamonds are very unusual and the origination of their colour has not yet been discovered. The largest ever orange diamond, a 14.82ct pear-shaped fancy vivid orange, stunned at Christie’s in 2013 when it sold for CHF 32,645,000, over double its lower estimate.

By contrast, although white (not clear, but diamonds with a milky-white tone) and black diamonds are quite rare, they have not managed to capture the favour and attention of the public and are considered to be the least valuable of all coloured diamonds.

Interested in furthering your knowledge about diamonds? Find out about Gem-A's Diamond Diploma and Workshops here.

Tagged under
More in this category: Diamond Dynamics With Bruce Cleaver »
Tweet
Become a Gem-A Member
Apply to become a Gem-A Member
Subscribe to our Newsletter
Keep updated with Gem-A
Sign Up
Get in Touch
Can't find what you're looking for?
Contact Us