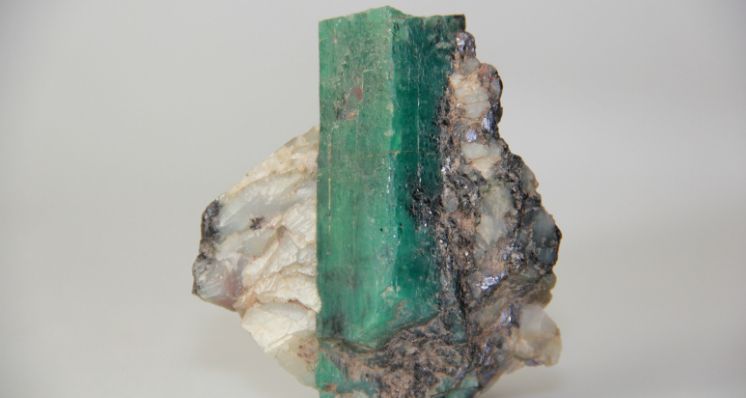 Sometimes, we come across terms in gemmology that cause confusion. We all recognise the beautiful green colour of an emerald, but then there is also an emerald-cut diamond that has nothing to do with the green gem itself… or does it? Here, we explain the story behind the terminology.

Let’s start with an emerald

An emerald is the green variety of beryl (some of the finest blue beryls are called aquamarine). Gemstones in the beryl family have a hardness of 7.5 to 8 on the Mohs scale, which makes them suitable for jewellery. 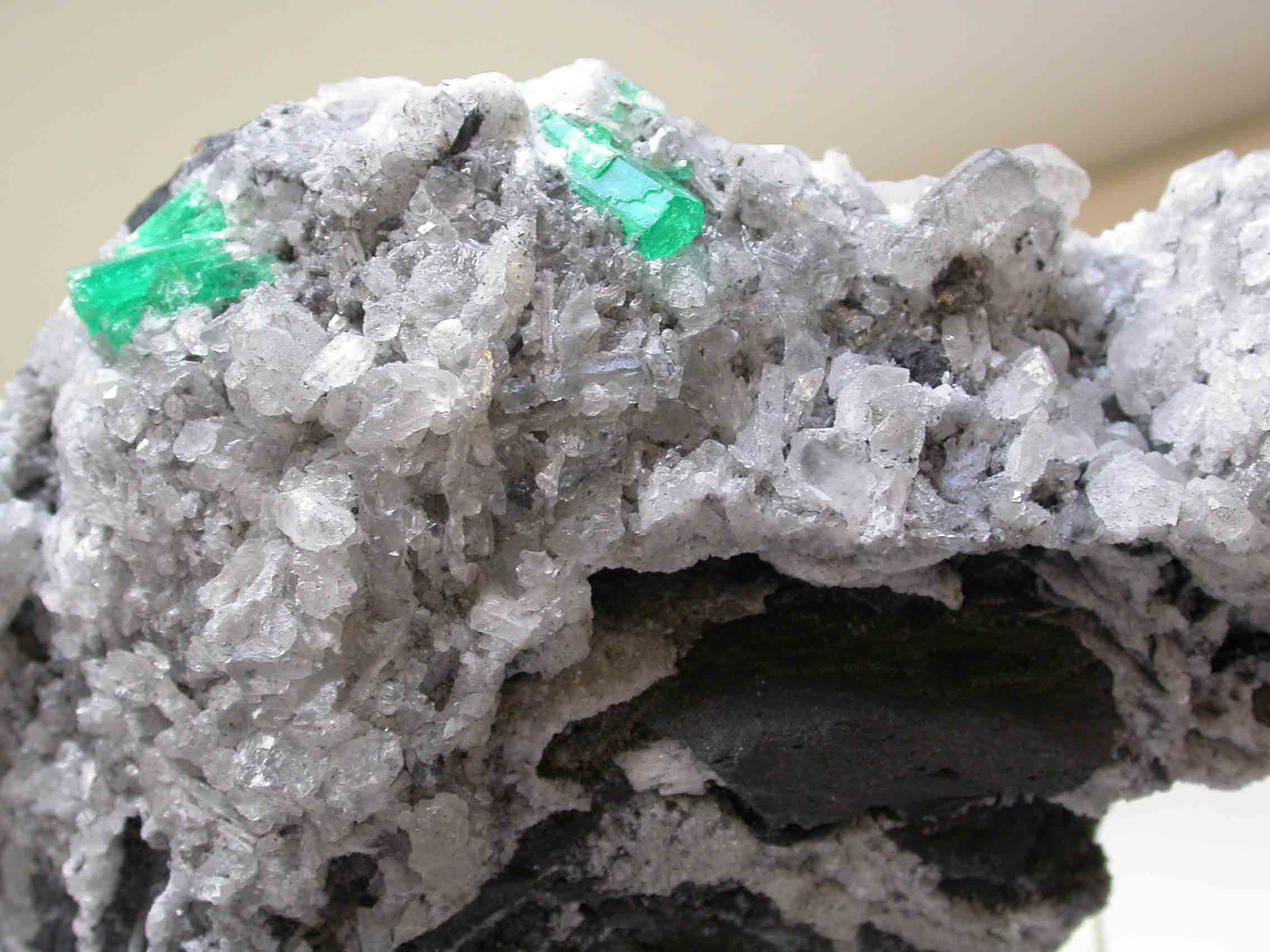 The most desirable emeralds are a saturated pure green, with a fantastic clarity and cut. However, some emeralds contain many inclusions that are commonly referred to as an internal ‘jardin’, from the French word for garden. These inclusions make the gemstone susceptible to fractures, and possible breaks.

Why are emeralds cut a certain way?

Emeralds are brittle, often included and blemished in nature, making them naturally susceptible to fractures. Therefore, protecting the gemstone when it is set in jewellery is important. Emeralds are formed in long crystals, which makes a rectangular-shaped cut an obvious place to start to ensure maximum yield.

By fashioning an emerald with its weakest points taken off (the corners), the shape becomes stronger and more durable. Plus, by cutting an emerald into a long and elegant shape, it helps to showcase the beautiful depth of colour.

When was the emerald cut developed?

With all this in mind, a specific-cut – later known as the ‘emerald-cut’ – was developed for emeralds by lapidaries around the 1500s to prevent accidental chipping or breakage in the cutting process. 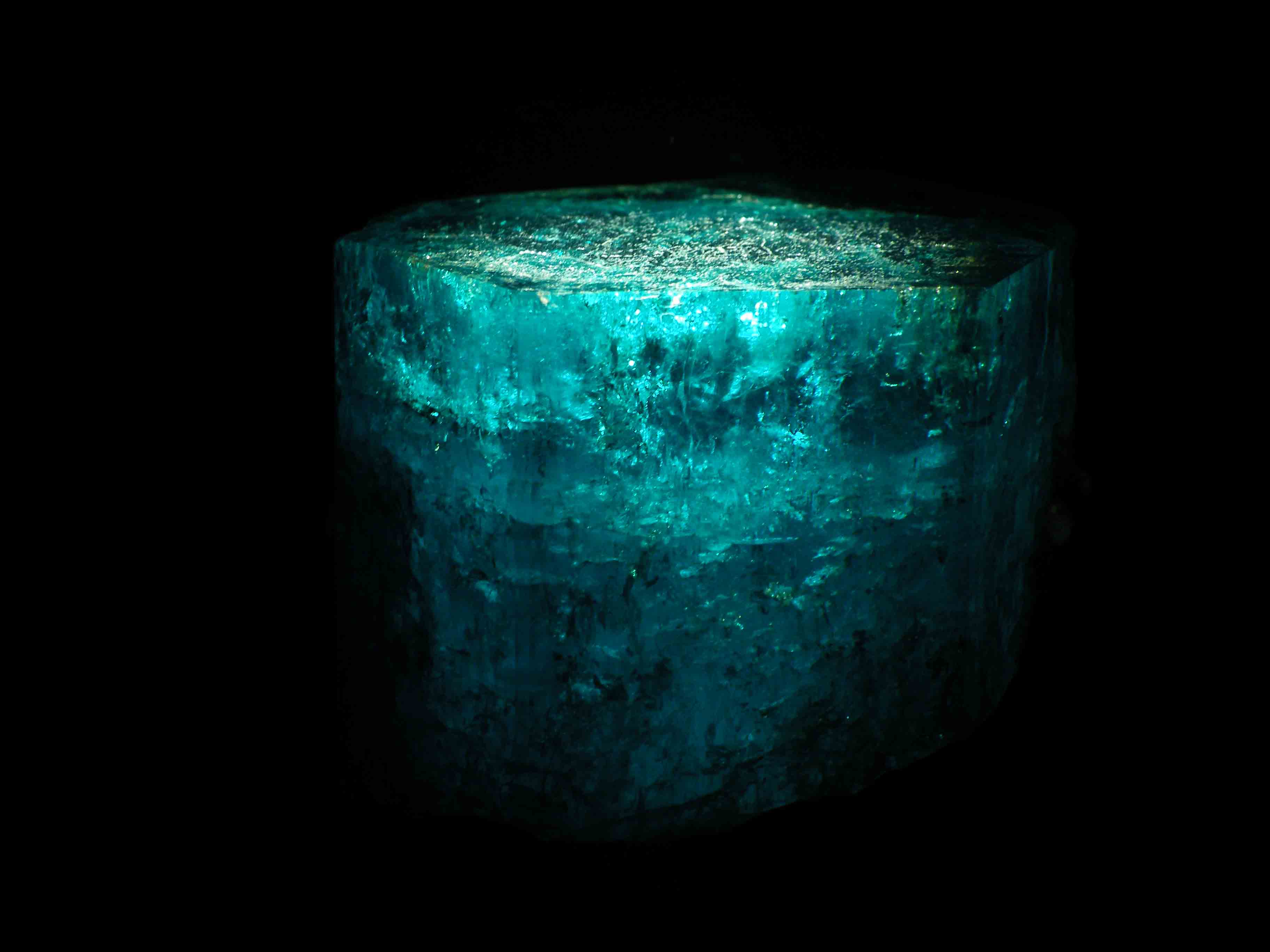 The Duke of Devonshire Emerald - one of the world's largest and most famous uncut emeralds, weighing 1,383.93 carats. It originates from the Muzo Mine in Colombia.

As the centuries progressed, expert diamond cutters began to see the benefit of using the emerald-cut on diamonds too. The popularity of emerald-cut diamonds soared during the Art Deco design period (circa. 1925-1935), especially because of their eye-catching, geometric shape.

In the history of diamond cutting, possibly around the 13th century, the table facet was the first to evolve by removing the point of an octahedral diamond crystal. This facet created a flattened window looking into the stone.

As cutting continued to develop, long facets were cut alongside the table facet in rough that was particularly elongated, resulting in a step-like facet pattern towards the girdle. This had the effect of maximising the yield of the stone and was later known as the ‘step-cut’.

The architectural emerald-cut is derived from this step-cut, with a more octagonal outline thanks to truncated or canted corners. 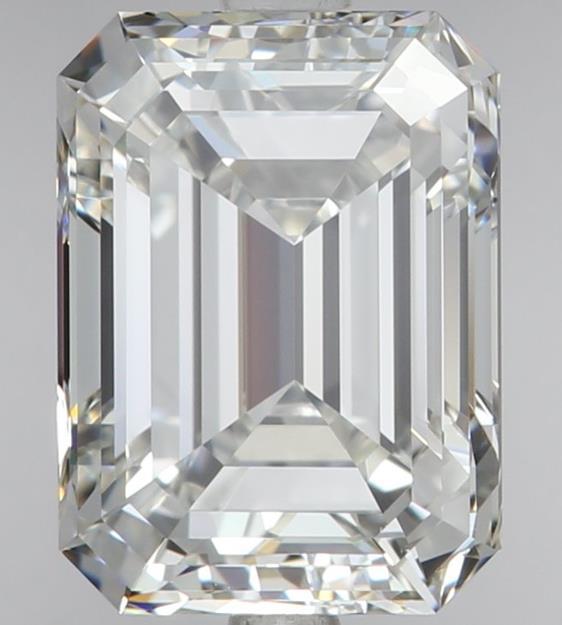 The emerald-cut allowed diamond cutters to get the most out of their rough, while showcasing the perfection of diamonds with a particularly good clarity (thanks to its flat table surface). The cut also proved popular with customers in the late 19th and early 20th century thanks to its long, elongating elegance on the finger.

Are there any negatives to an emerald-cut?

It entirely depends on what you look for in a diamond. Due to the nature of an emerald-cut, diamonds fashioned in this way will not sparkle the same as a brilliant-cut diamond, for example.

However, emerald-cut diamonds do offer lovely flashes of light and, as previously mentioned, do showcase the clarity of diamonds beautifully. This also works in reverse though, and the eye-visible inclusions in a diamond will be made more obvious if an emerald-cut is applied.

Interestingly, although developed for emeralds, the emerald-cut is now more commonly used in diamonds (thanks in large part to some fantastic celebrity engagement rings, like Amal Clooney, Angelina Jolie and Beyonce). Today, emeralds are often presented as round cabochons, or presented in ‘halo’ style designs with a protective border of diamonds.

Do you have any burning questions about gemmology? Email us on editor@gem-a.com, or start your own gemstone journey by exploring the range of Gem-A courses and workshops.

More in this category: « Insights and Reactions to De Beers’ New Lab-Grown Diamond Jewellery Brand Top 5 Most Famous Diamonds for Gemmologists »
Tweet
Become a Gem-A Member
Apply to become a Gem-A Member
Subscribe to our Newsletter
Keep updated with Gem-A
Sign Up
Get in Touch
Can't find what you're looking for?
Contact Us