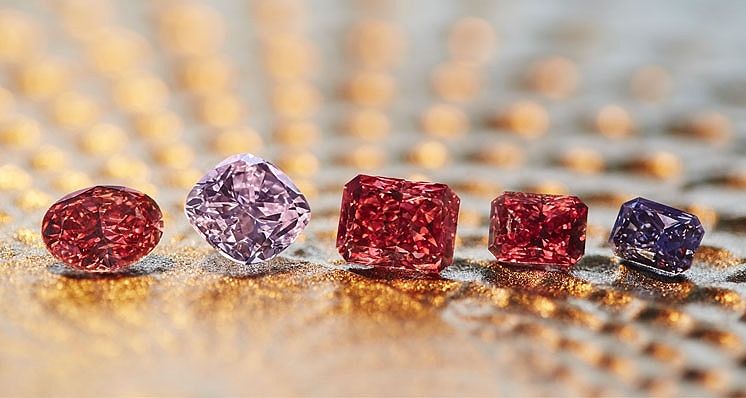 It is always an exciting time of year when Rio Tinto unveils what has been discovered at its Argyle diamond mine. Typically, this is beautiful pink diamonds, with the occasional purplish violet tones. Even rarer still are the fancy red diamonds, which remain a mysterious quantity even today.

It is without doubt that red diamonds are some of the most beautiful and captivating gemstones, largely due to their extreme rarity. In fact, it has been estimated that as few as 30% of all red diamonds have been discovered, leaving many curious to what showstoppers remain untouched below the surface.

The colour red is thought to symbolise love, passion and strength, which makes red diamonds an especially meaningful shade for collectors with significant funds. Those with an eye on the market will undoubtedly have spotted The Argyle Everglow - a 2.11 carat polished radiant-cut diamond presented as part of the 2017 Argyle Pink Diamonds Tender.

Read more: The World's Most Expensive Diamond at Auction.

The Argyle Everglow was immediately identified for its miraculous size, colour and clarity and, after being assessed by the Gemological Institute of America (GIA), it has been given a grade of Fancy Red VS2.

Just to put the significance of this into perspective, in the 22-year history of the Argyle Pink Diamonds Tender, there have been less than 20 carats of fancy red certified diamonds sold. 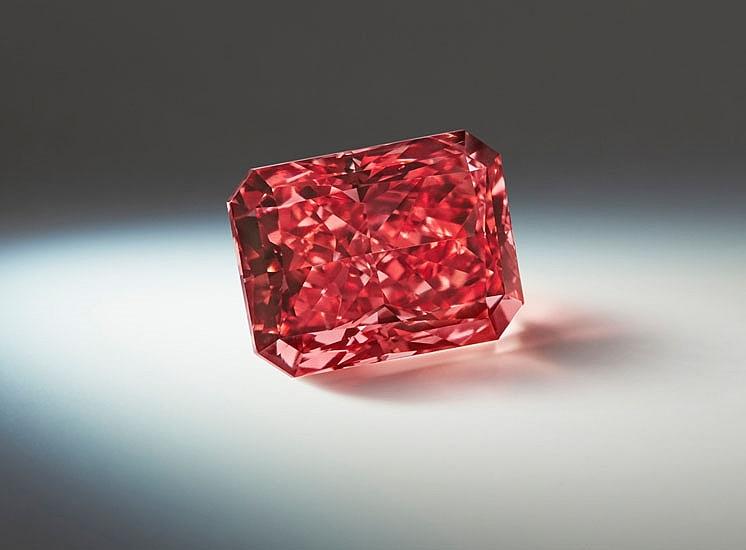 The five 'hero' diamonds in the collection are as follows: 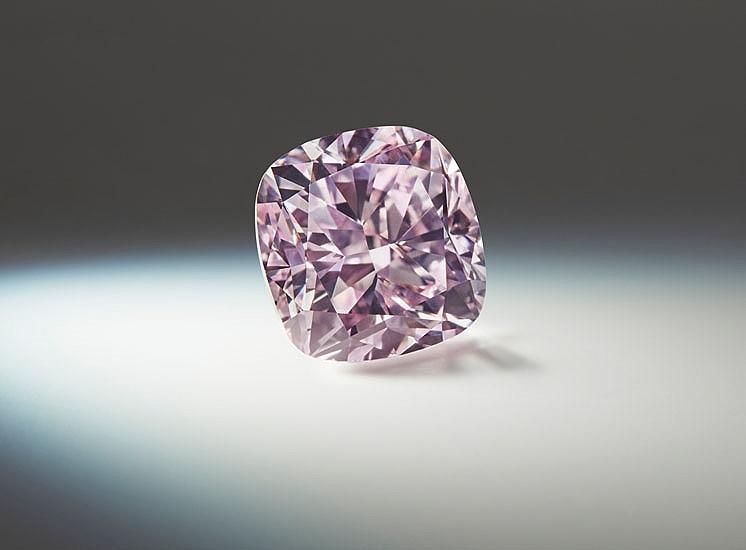 Found primarily in Australia, Africa and Brazil, red diamonds are so rare that only 20 to 30 stones are officially known to exist with each one measuring less than half a carat on average. 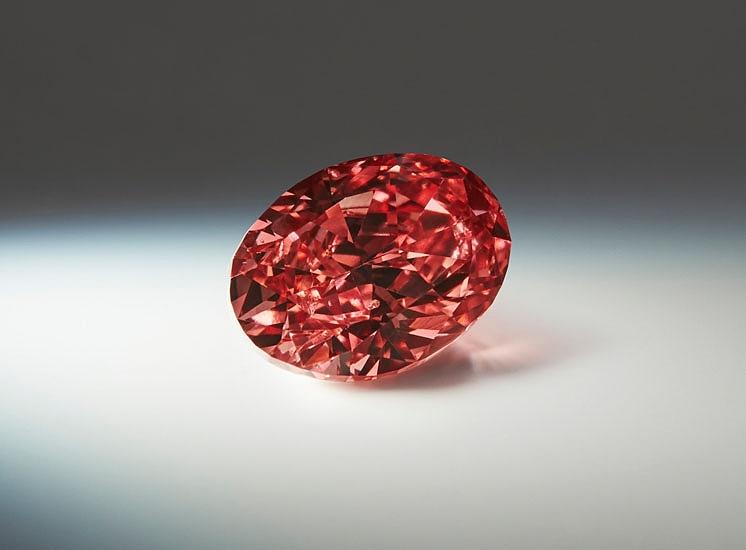 In light of the reveal of The Argyle Everglow, we hit the archives to recall the most spectacular discoveries of red diamonds that have captured the interest of high-end jewellers, aficionados and collectors worldwide...

Whilst this round brilliant-cut diamond is not famous for its size, weighing in at 0.95ct, it is praised for its astounding deep red and purple colours, making it one of the most highly sought-after stones to date.

With a history nearly as big as its size, this South African diamond, although later cut in the Netherlands, was found over 100 years ago weighing in at 5.05 carats from the original rough 35ct stone. In 2010, the Kazanjian red diamond was on display in the Morgan Memorial Hall of Gems at the American Museum of Natural History before being purchased by Kazanjian Bros. Inc.

Discovered by a Brazilian farmer in the 1990s, the Moussaieff Red, otherwise known as 'Red Shield' is an internally flawless, triangular brilliant-cut fancy diamond famous for its 5.11 carat weight. This iconic diamond remains one of the largest red diamond discoveries in the world to date.

This pear-cut fancy red brown diamond, weighing in at 5.71 carats is known as the 'lost stone' due to vanishing from the public eye into the collection of a private investor. Whilst there have been no identified photographs of this red diamond, its existence has been well-documented in writing.

The DeYoung red diamond is a rare 5.03 carat unmounted diamond purchased by a Boston jewellery seller at a flea market. Sydney DeYoung initially mistook the stone for a garnet but, upon noticing its high quality, had it laboratory tested to reveal its true identity as a red diamond. After his death in 1986, the DeYoung red diamond was given to the Smithsonian Institution’s Natural Gem and Mineral Collection where it remains on public display.

Tagged under
More in this category: « Graff Diamonds buys 1,109ct Lesedi La Rona Diamond for $53m The Tale of the Mouawad-Tereschenko Blue Diamond »
Tweet
Become a Gem-A Member
Apply to become a Gem-A Member
Subscribe to our Newsletter
Keep updated with Gem-A
Sign Up
Get in Touch
Can't find what you're looking for?
Contact Us