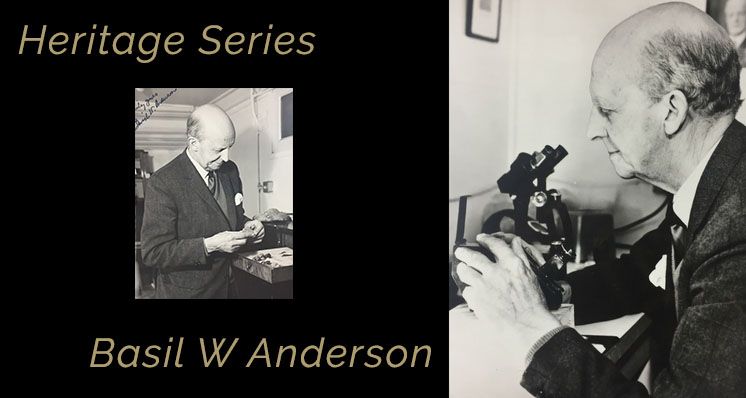 As we build up to the Gem-A Conference 2018 in November, we are continuing our celebration of the Gem-A Greats who have been pivotal in our history. This week’s Heritage Series turns to another of Gem-A’s founding fathers, Basil Anderson. 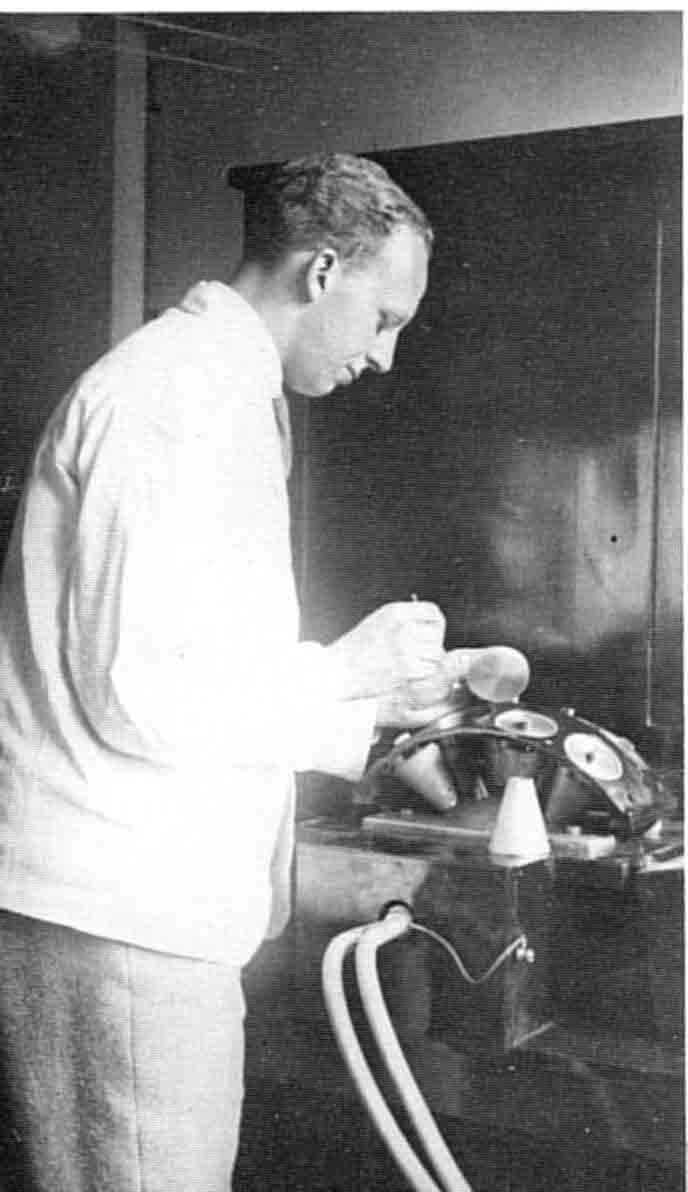 At a time when the gemmological world and the jewellery industry were rapidly changing with new innovations and the appearance of sophisticated synthetics, Basil Anderson was a pivotal figure in ensuring the link between gemmological science and industry-practice. His commitment to maintaining the important relationship between gemmologist and jeweller is still at the heart of Gem-A’s educational ethos to this day.

Educated at Kings College London, Anderson graduated with a first class degree in Chemistry and Mineralogy in 1924. That same year he was introduced via his professors to Mr Tanburn of Hatton Garden, who was actively looking for someone to run the world’s first gemstone testing laboratory.

This was a critical time for the gemstone and pearl industry. With innovations such as Mikimoto’s development of cultured pearls in 1921, the jewellery industry was in a transitional period as it responded to the impact of synthetics on the industry.

In direct response to this new crisis, the London Chamber of Commerce created the ‘Diamond, Pearl and Precious Stone Trade Branch’ – with the aim of creating a laboratory to authenticate gemstones and pearls. The recently graduated Basil Anderson, much to his own humble surprise, was the ideal candidate, and in his 1981 lecture to Gem-A he recounted how he ‘toddled along’ to Hatton Garden for his interview. It is safe to say Anderson was successful, and following an all-important cup of tea, he began running the world’s first gemstone testing laboratory. 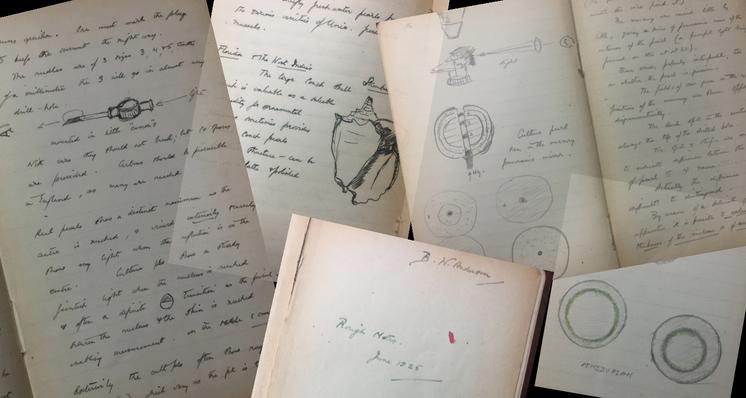 For Anderson, the jewellery sector was a “very ancient trade and it has always been a very honourable trade”, and the appearance of mass synthetics was “innocuous” because the chain of confidence – from miners to dealers to lapidaries to manufacturers to retailers – was shaken by the introduction of synthetics.

READ MORE: Birthstone Guide, Spinel for those born in August

So while Gem-A was created out of a need to provide gemmological education for the jewellery trade in 1908, the first gemstone testing laboratory was likewise created out of the need for gemmological knowledge and scientific authentication to safeguard integrity.

Indeed, the very title of his 1942 book Gem Testing for Jewellers crystallises Gem-A’s ethos of providing gemmological knowledge to support jewellers, and of expanding gemmological science to reach jewellers, traders and the developing gemmological community. In the book’s original preface, Anderson stated it was intended “to reinforce the invaluable knowledge which the jeweller has gathered by virtue of long experience, to reinforce this knowledge by making it more conscious and giving it a firmer factual basis”. 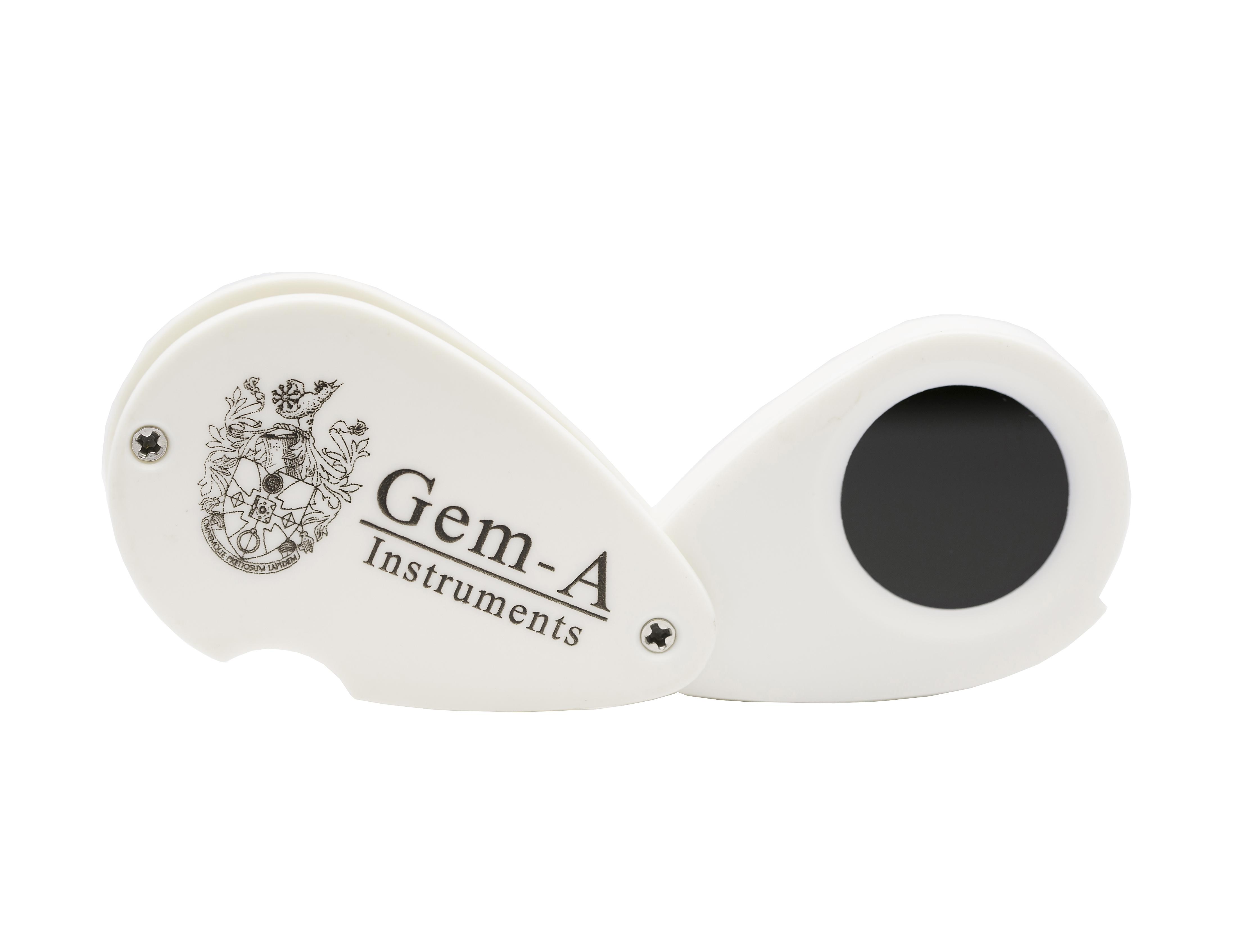 The Chelsea Filter, patented by Gem-A

LEGACY
Anderson ran the testing laboratory from 1924-79 and soon became the preeminent expert on pearl authentication of his day. While teaching Gem-A’s Gemmology Diploma, Anderson invented the Chelsea Colour Filter in 1934 with his colleague CJ Payne and the students at Chelsea Polytechnic, which is still sold today by Gem-A Instruments and used worldwide.

Anderson became our head examiner 1951, succeeding Dr Herbert Smith, and was later voted in as Vice President in 1976.

Anderson understood and advocated the importance of science and experience working together to the benefit of all in the gemmological and jewellery industry, so that traders were not hazarding opinions but could make informed factual analysis. Basil Anderson’s legacy to Gem-A can be seen in the laboratory named for him at Gem-A HQ in London, and in the annual awards in his honour at Gem-A graduation: the Anderson Medal, awarded for the best set of papers on the Foundation examination, and the Anderson/Bank prize for the best Gemmology Diploma theory paper. In 2013, Anderson was named in the French Association of Gemmology’s 50 most influential gemmologists of all time. 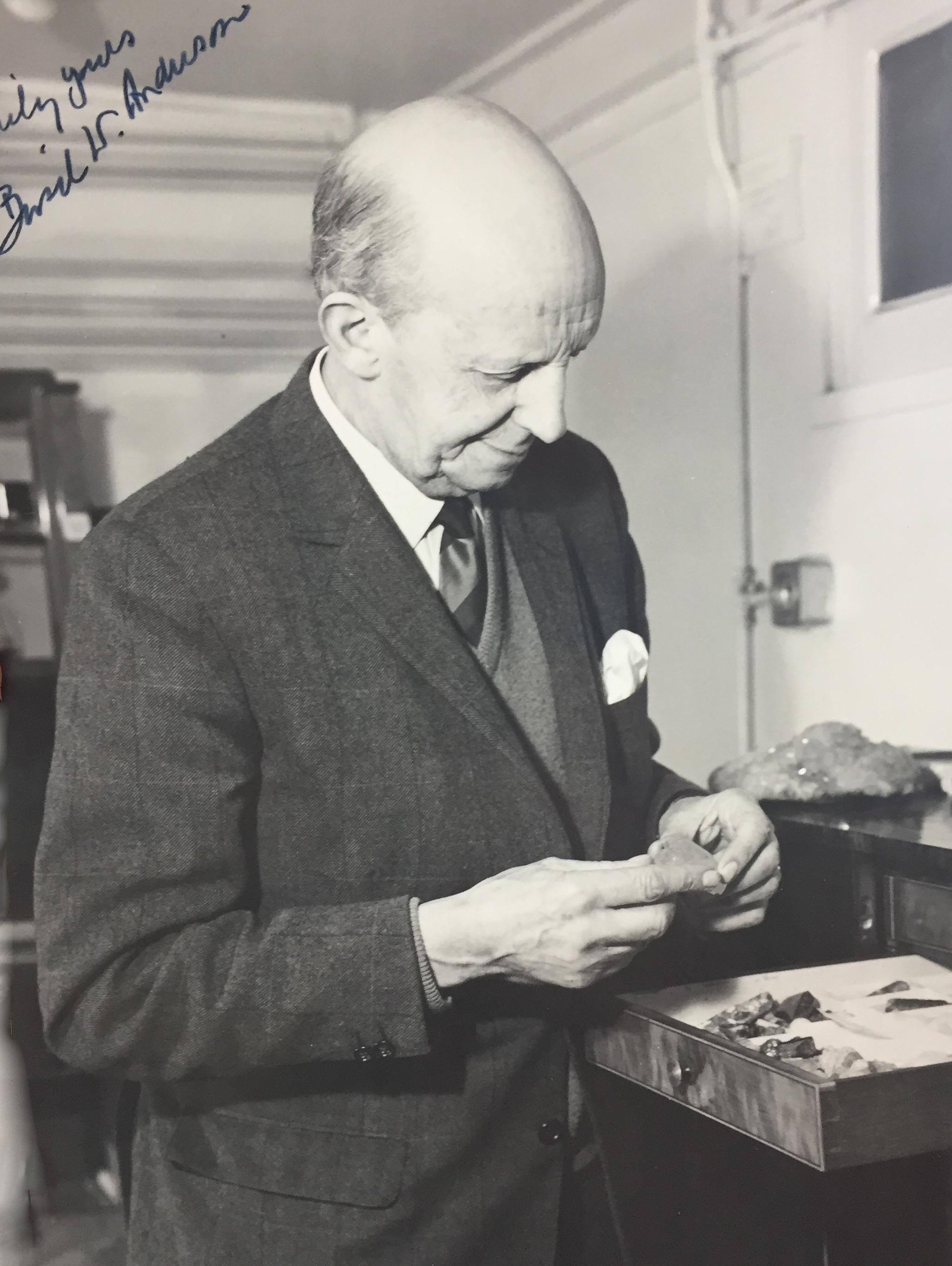 As we look forward to the Gem-A Conference and Graduation this November, those graduates who are awarded the Anderson medals become a part of our proud history, together with our founders who helped to shape the gemmological world of today.

Tagged under
More in this category: « Heritage Series: The Trailblazing Efforts of Robert Webster Dr Herbert Smith: Innovator, Inventor, Gem-A President »
Tweet
Become a Gem-A Member
Apply to become a Gem-A Member
Subscribe to our Newsletter
Keep updated with Gem-A
Sign Up
Get in Touch
Can't find what you're looking for?
Contact Us