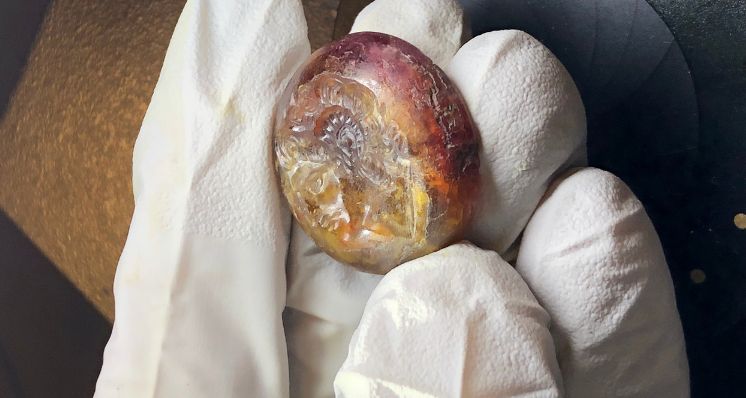 Gem-A’s expertise had been requested by Gloria Staebler, co-founder of the mineralogy publishing house, Lithographie, who had been researching the piece for upcoming publication Rubellite – Tourmaline Rouge.

The 2.4cm wide intaglio depicting Alexander the Great in profile was suspected to be a carved tourmaline however the stone had never been subjected to gemmological testing. Based on the quality and accuracy of the portrait, along with the presence of an ancient Indian script in the carving, the intaglio is thought to date to the period of the famous greek king’s reign (circa 334-323 BCE).

Read more: What Should be in the Ideal Gemmologist's Toolkit?

The artefact, known to have been purchased in Beirut, has been in the Museum’s possession since 1892, when it was bequeathed by its last owner.

An intaglio, a decorative stone or other hard material with a carved impression depicting an image or design, was a popular and desirable ornament during the Third Century BCE, with common stones used for carving including carnelian, amethyst, jasper and chalcedony.

Being carved from gemstones and requiring a significant degree of craftsmanship, intaglios were luxurious items which denoted considerable wealth and status; given the relatively large size of this particular specimen, we can guess that it belonged to a rather affluent individual. 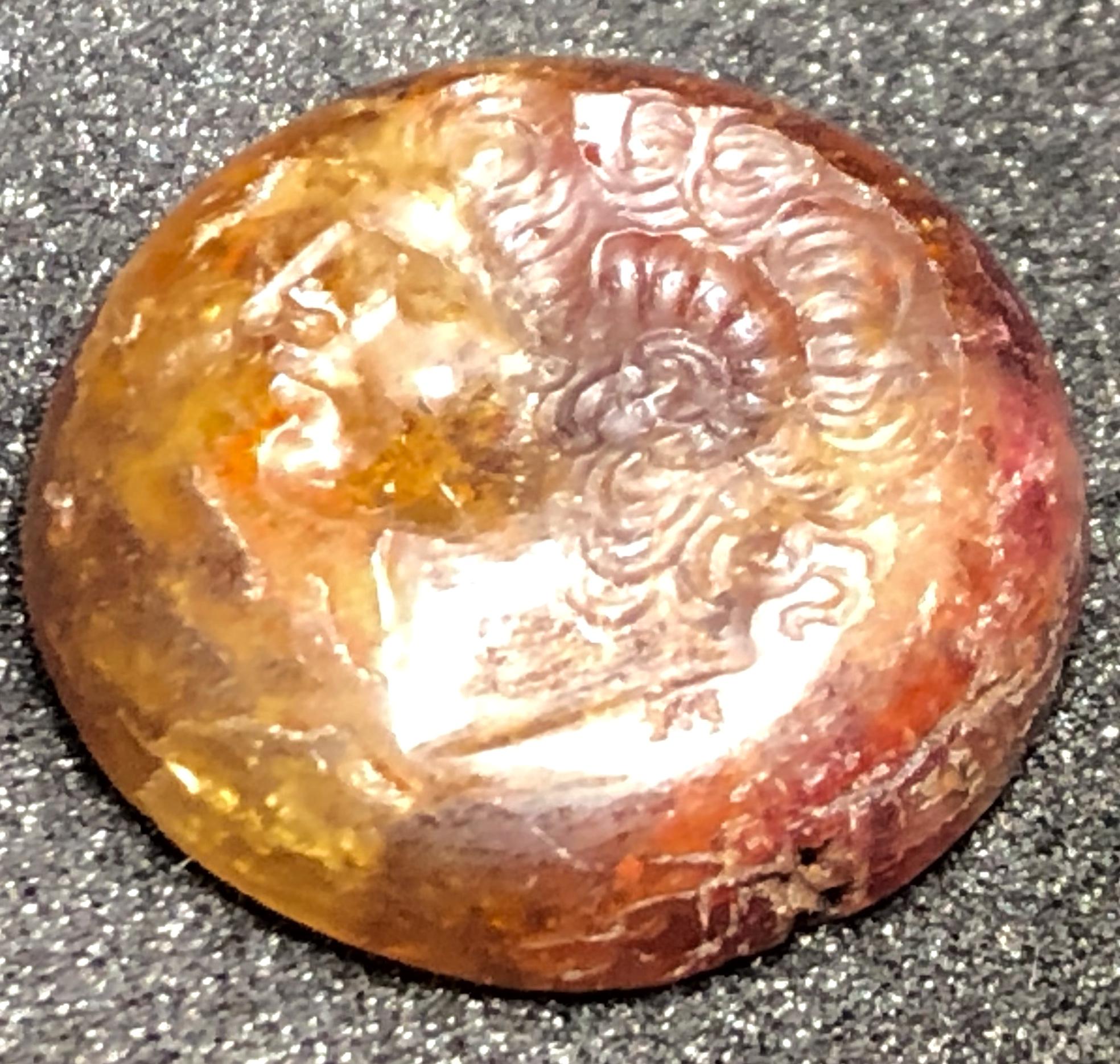 A close-up of the intaglio featuring a carved image of Alexander the Great. Photo by Charles Evans, Gem-A.

Tourmaline is the name given to a large family of minerals found in pegmatitic deposits in many locations around the world. Tourmaline can occur in a broad range of colours, however a red-yellow colouration, like the one present in the Ashmolean's intaglio, is quite a rare find.

Of the three tourmaline species, Dravite, Schorl and Elbaite, it is Elbaite that generally produces the best known gemstones. Of a number of varieties of Elbaite, the most notable and recognisable names would be Rubellite, Indicolite, Paraiba and watermelon tourmaline. It should be noted that there is often poor consistency in nomenclature among dealers and collectors which can often make discussion or identification confusing.

Read more: Getting to Grips with Multi-Coloured Gemstones

Unique colour zoning can result in wonderfully contrasting colours in a single crystal. This can occur along the length of a crystal or in a cross section. Watermelon tourmaline is the prime example of this, moving from shades of green through to shades of red. However, as is clearly visible in the stone that was examined, Rubellite tourmaline can demonstrate a shift from shades of yellow to a deep reddish purple. Tourmaline is allochromatic, so its complex and varying chemistry will define the colour.

The study at the Ashmolean brought about a landmark gemmological finding as Daly and Evans’ observations, aided with the use of a GemmoRaman spectrometer, confirmed that the stone was indeed a red-yellow tourmaline, making it the earliest known use of tourmaline as an ornament.

The question that this amazing specimen poses is, if one third-century carved tourmaline definitely exists, could there be more out there?

Considering a career in gemmological research? Take a look at our Gemmology Foundation and Gemmology Diploma courses.

Have you booked your ticket for the Gem-A Conference yet? Find out how to book and discover some of the fascinating talks we have lined up here.

Tagged under
More in this category: « Gem-A's Gem Empathy Competition 2019 Now Open for Entries Delving into Diamonds: Gem-A President and Diamond Expert, Eric Bruton »
Tweet
Become a Gem-A Member
Apply to become a Gem-A Member
Subscribe to our Newsletter
Keep updated with Gem-A
Sign Up
Get in Touch
Can't find what you're looking for?
Contact Us