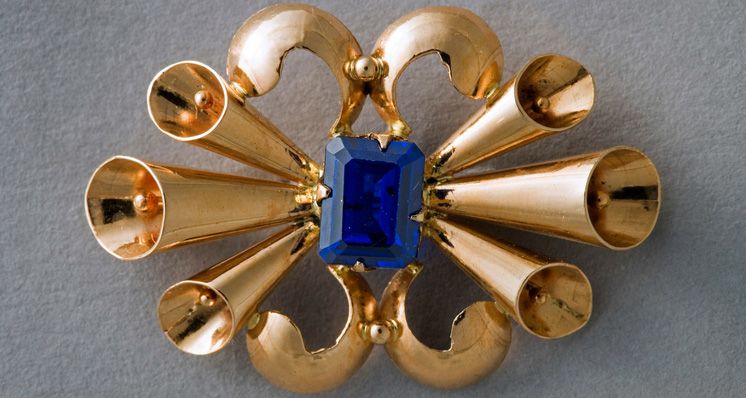 From the Spring 2018 issue of Gems&Jewellery, Rui Galopim de Carvalho FGA DGA explores how ‘alternative facts’ have resulted in an informal nomenclature that permeates the world of gemmology. Here, he offers some examples of these long-standing quirks in terminology.

In gemmology there are a number of trade names and expressions that lack accuracy. However, written or verbal tradition has given them a wide visibility and many have become part of our trade’s informal nomenclature.

Here are a few examples. This article does not intend to set standards or correct any existing article or gemmological text. This review has resulted from the careful reading of multiple books and journals in the course of normal study processes and peer review editing to verify or validate information.

More than pointing out apparent mistakes or erroneous information, this approach has shown there is a balance between purist or scientific lexicon and the more trade-orientated nomenclature, which is characteristic of gemmology that serves an industry and its consumers.

It also demonstrates that there are terms that emerge from colloquial tradition and not necessarily from academia. For this article, a selected number of situations have been chosen to illustrate the misuse of expressions and names, although in some cases, tradition wins over picky nomenclature.

These are ‘alternative facts’ in the sense that, for the more conservative and orthodox reader, they can be considered ‘fake news’.

One of the most popular artificial products that gemmologists learn how to identify in their education is the flame fusion, or Verneuil, synthetic spinel.

These have been around for almost a century and were produced in many colours (except red) to imitate, not natural spinel, but rather other gem materials such as diamond, aquamarine or blue sapphire to name a few (O’Donoghue, 2005).

The gem and jewellery community, and almost all literature, simply describes these products as ‘synthetic spinel’ (O’Donoghue, 2006, Matlins, 2003, Liddicoat, 1993, Hodgkinson, 2015). 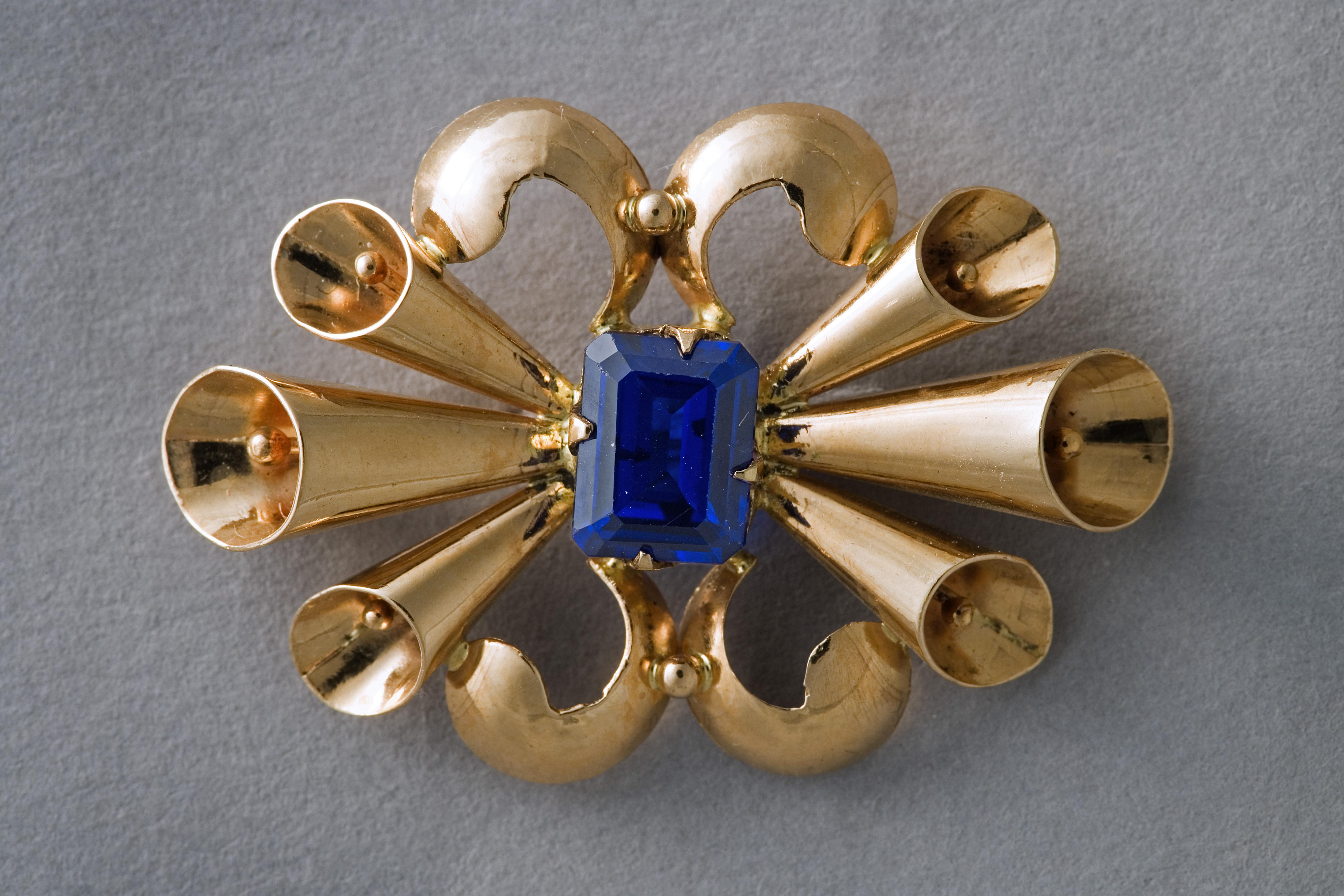 A ca. 1960 Portuguese brooch in 19.2k gold with a flame fusion blue ‘synthetic spinel’. According to trade regulations, one could not call the material a ‘synthetic’ but rather an artificial stone.
Photo: Carlos Pombo Monteiro © Arquidiocese de Évora/ Fundação Eugénio de Almeida.

The trade, however, has a very strict definition of ‘synthetic’ and CIBJO – The World Jewellery Confederation – defines synthetic stones as “artificial products having essentially the same chemical composition, physical properties and structure as that of their naturally occurring counterparts” (CIBJO Gemstone Book, 2016).

It happens that every gemmologist knows that the gemmological properties of natural spinel differ slightly from the properties of the flame fusion counterpart, due to the fact that they do not have the same chemical composition, with a different alumina to magnesia ratio (Al2O3 / MgO), that is 1/1 in natural spinel and usually 3.6/1 in the flame fusion product (Rinaudo, 1997).

READ MORE: Birthstone Guide - Pearls for those born in June

In strict observation of the CIBJO rules, we could not call these products ‘synthetic spinels’ as they do not meet the criteria for a synthetic stone.

This is, however, a typical case when a verbal or written tradition overtakes the formality of a nomenclature rule. Despite the noncompliance with the trade standards, it is widely accepted and tolerated that these products can be named, tagged and traded as ‘synthetic spinel’.

MARCASITE AS A GEM MATERIAL

In the gemmological world we refer to marcasite as an opaque, golden material with a metallic lustre, often cut in very small and simple rose-type pieces. Its first record goes back to the 18th century (Pouget, 1762) with its heyday as a gem material in the 1930s (Bartlett, 1997). The name marcasite drives from the Arabic or Moorish word used to describe pyrite and other minerals (Anthony, 1990).

As an actual fact, the name shouldn’t be marcasite, but pyrite as this material is the well known cubic iron sulphide (FeS2). Today, every major text book acknowledges the fact that the material is pyrite and that marcasite is an accepted trade name in the jewellery community (Webster, 1994, Hodgkinson, 2015).

Marcasite is in fact the IMA — International Mineralogical Association’s approved name for a distinct mineral that has no use in jewellery whatsoever, occasionally causing confusion to a more scientifically-educated public. 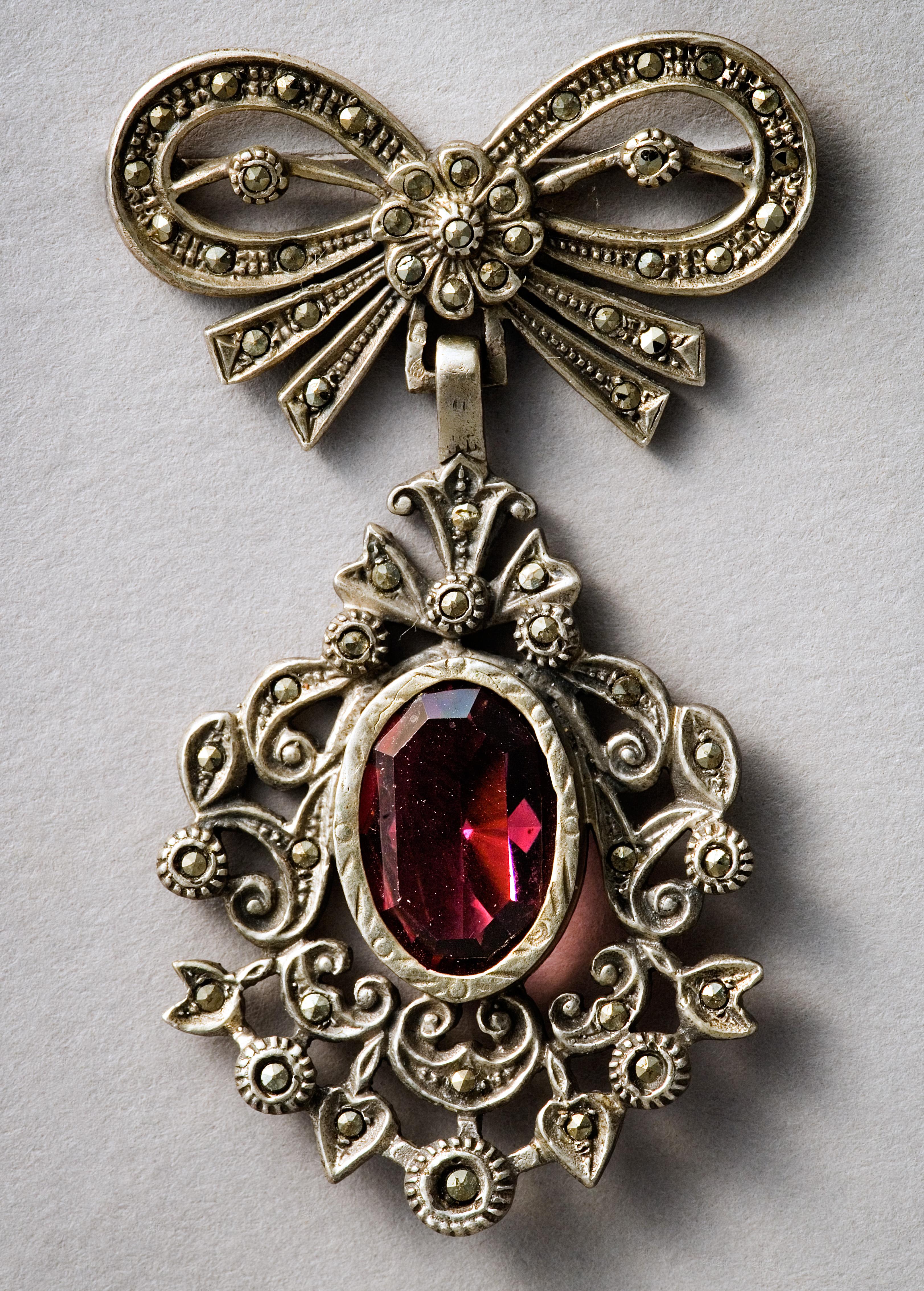 Marcasite and pyrite are two distinct materials in spite of being polymorphs of iron sulphide, with marcasite crystallising in the orthorhombic system and pyrite in the cubic system (Klein, 1993).

These polymorphs were defined as separate mineral species in 1845 when marcasite was proposed as a new species (Heidiger, 1845) but some authors and museums reportedly had difficulty in separating them (Bannister, 1932), a task that was greatly solved by Bragg in 1914 with the introduction of X-ray diffraction in mineral identification.

In the jewellery world, the word marcasite kept being used in the traditional way despite the acknowledgment of its true mineral classification as pyrite, which makes this another typical case of an erroneous name kept due to trade tradition (Bartlett, 1997).

Since the dawn of gemmological education in the second quarter of the 20th century, gem materials have been commonly organised into separate categories, like diamonds, coloured gemstones and organics.

Within organics we see a list of gem materials that originate from the activity of living organisms, e.g. ivory, bone, coral, tortoiseshell, pearl, mother-of-pearl, shell, horn, corozo (vegetable ivory) and copal just to name the most important ones (Pedersen, 2004). 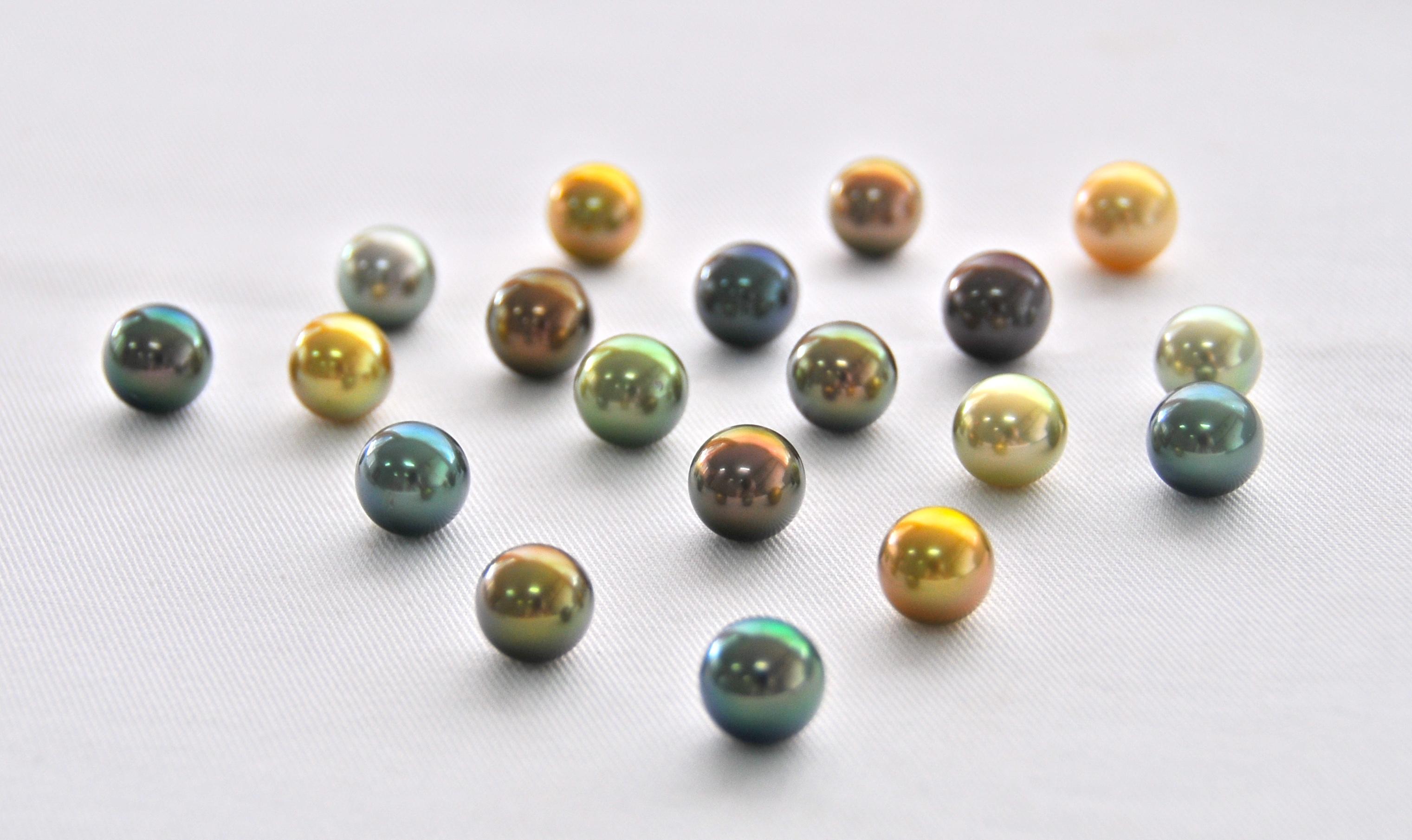 Pearls, like these natural colour bead-nucleated cultured pearls from Fiji, are examples of gem materials that should be named biogenic and not organic due to their composition.
© J Hunter Pearls Fiji.

It happens though that the word ‘organic’ has specific meanings, rather than simply being the broader statement of material generated by a living organism (e.g. a carbon based compound).

Moreover, some of the gem materials grouped as organics are not, in any sense, organic in composition and that is the case of precious corals, pearls, cultured pearls, mother-of-pearl and shell.

The major composition of the materiais is bio-mineralised calcium carbonate in aragonitic and/or calcitic structures. Carbonates, as crystal matter, are strictly speaking considered inorganic matter, not organic (Strack, 2006).

At the 2016 CIBJO Congress, these arguments were discussed and there was a consensus that a better word to describe gem materials that originate from living organisms would be ‘biogenic’, literally meaning that they result from biological activity.

A full list of references is available upon request. All Image Credits: Rui Galopim de Carvalho.

Cover Image: A ca. 1960 Portuguese brooch in 19.2k gold with a flame fusion blue ‘synthetic spinel’. According to trade regulations, one could not call the material a ‘synthetic’ but rather an artificial stone. Photo: Carlos Pombo Monteiro © Arquidiocese de Évora/ Fundação Eugénio de Almeida.

Tagged under
More in this category: « The Fascinating History of Platinum Jewellery The 'Cat's Eye' Phenomenon: Exploring Chatoyancy »
Tweet
Become a Gem-A Member
Apply to become a Gem-A Member
Subscribe to our Newsletter
Keep updated with Gem-A
Sign Up
Get in Touch
Can't find what you're looking for?
Contact Us