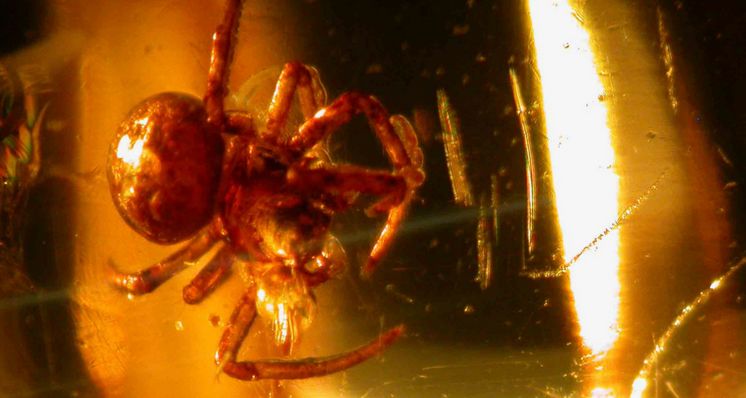 We often hear the phrase “the sap is rising” in reference to the early days of spring, which makes the sunny glow of amber a most appropriate gem for those born under the star sign of Taurus (20 April – 21 May). Here, Gem-A senior tutor, Rona Bierrum FGA DGA, shares some of the myths and legends that surround amber.

Amber ranges from between 15 and 130 million years of age, making it one of our oldest organic gem materials. One of the oldest localities for amber is the Isle of Wight, although this material rarely appears in the jewellery market. Most of the amber used in jewellery is much younger than this, comes from the Baltic region and is between 15 and 40 million years old.

One of the loveliest aspects of amber is its range of colours, from creamy white tones all the way through the tints of yellow into reddish material. While some freshly mined material may appear to be greenish-blue, this is due to surface fluorescence which will fade in time.

True green amber is still a rarity, but may be found in one specific locality in Ethiopia. There is a type of resin which may be treated to become green, but this is much younger than amber at a mere 2 million years old, and has not been fossilised.

The Ancient Greeks believed that amber was formed as a result of the death of Phaëton – the son of Apollo and a river nymph. Phaëton had asked his father if he might drive the sun chariot for a day, but his reckless path through the heavens led to the earth becoming scorched, creating the deserts of the equator.

In fear of any further damage, Zeus struck Phaëton down with a thunderbolt. Phaëton’s sisters were so distraught by this that the gods took pity on them and turned them into poplar trees growing at the bank of their river, and their tears formed as amber droplets which were carried away by the water.

This legend comes closest to the true origin of amber, being the fossilised sap of prehistoric trees –bygone relatives of our pines. These ancient forests were in existence when dinosaurs roamed the globe, and so amber may provide us with a time-capsule from that era, containing information on the flora and fauna extant at the time.

Often, these golden-hued stones are the only document we have on the world back then. As a result of this, amber specimens with animal, insect or plant inclusions are of great interest to palaeontologists, and one of the best places to indulge a curiosity about this material is in the extensive collection at the Natural History Museum.

To dream of amber is supposed to foretell a voyage – perhaps related to the finding of amber on the shores of seas. This is due to the density of amber – amber has the lowest relative density of all our gem materials, and will float in salt water, whereas most of its imitations will sink. Amber is also triboelectric, and will become electrically charged when rubbed vigorously, enabling it to pick up small pieces of paper.

One of the seldom referenced meanings of the Greek word for amber (‘elektron’) was ‘I protect’, which may be where the tradition of gifting infants with amber has stemmed from. Historically, amber has been used as talismans, amulets, protection from the evil eye and from malign fairy influence on children. It has even been used medicinally though history to treat a wide range of illnesses including fevers, sore throats, dental problems, earache and even the Black Death.

READ MORE: As Transparent as a Diamond? Why blockchain technology is making headlines 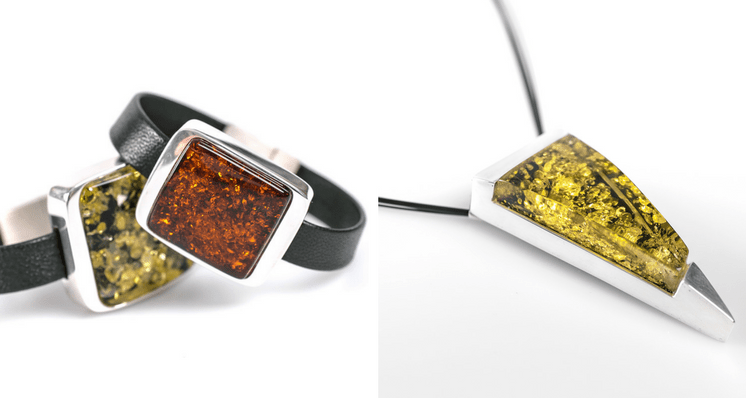 Amber teething necklaces for babies have been a recent trend, but there is no medical evidence that this is effective, and the risk of choking or strangulation is too high for it to be endorsed by any responsible professional.

Amber has a lower melting point than most gem materials, and as such, care must be taken in the workshop to avoid any damage to the material. It will also burn at a relatively low temperature. Much of the Baltic amber on the market has been clarified from a translucent material which is full of tiny bubbles to become transparent. This process may be identified by the observation of ‘sun spangles’ which are often considered to be an attractive feature.

Amber is also an extremely soft material, only slightly harder than talc, which means that care must be taken to protect it from any harder objects which might damage its surface. To clean this delicate material, wash it with a mild soap and dry it carefully. 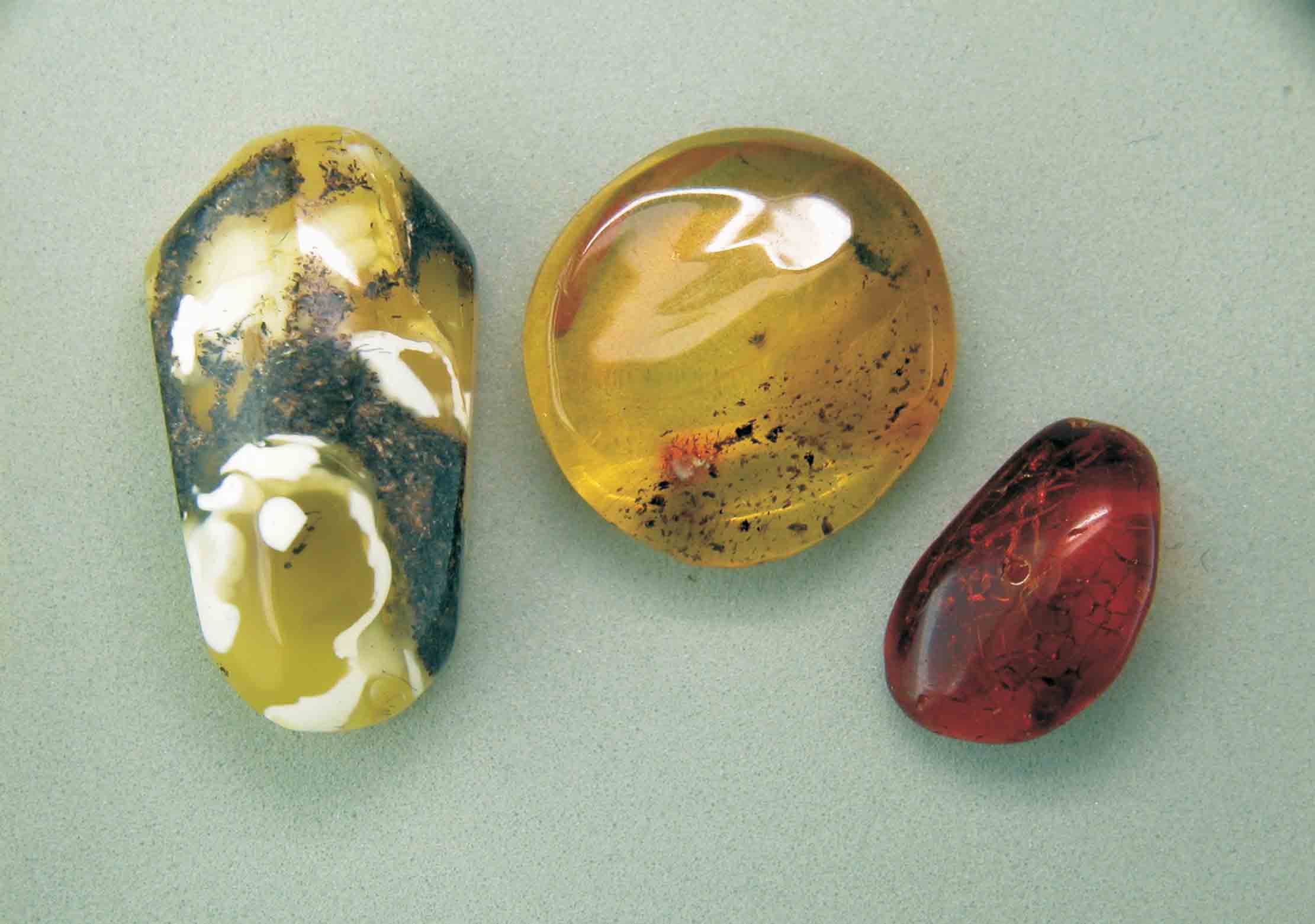 Some amber can be 130 million years old. Image Credit: Gem-A.

Nicias, an ancient Greek historian, believed that amber was the concentrated ‘juice’ or essence of the rays of the setting sun, which was congealed in the sea before being washed up on the shore.

Given the light nature of this material, its warming yellow to orange colour, and the mythological links to the sun god Apollo, it seems very fitting that this gem material should be worn by those born at the start of the summer months. ■

More in this category: « Gemstone of Passion: Padparadscha sapphire Gold of the Scythians: Art, Culture and Techniques »
Tweet
Become a Gem-A Member
Apply to become a Gem-A Member
Subscribe to our Newsletter
Keep updated with Gem-A
Sign Up
Get in Touch
Can't find what you're looking for?
Contact Us