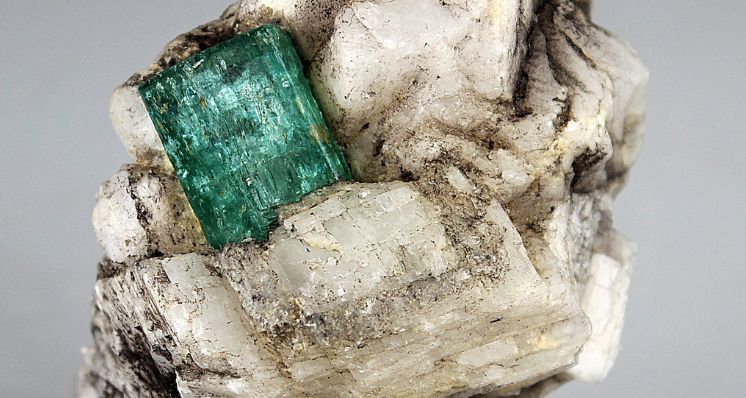 The beryl family of gemstones is fantastically versatile as it includes gems that come in a veritable rainbow of colours. For those of you who may think that you’ve never even heard of a beryl, think again! Within the beryl group are a slew of well-known gems that are regularly used in jewellery. Gem-A gemmology tutor Lily Faber FGA DGA EG takes us through the variety brilliantly coloured gems belonging to the beryl family.

A beryl by any other name would be: emerald (green), aquamarine (blue), morganite (pink), heliodor (yellow), goshenite (colourless), red beryl and pezzottaite (pinkish-red to pink). Each coloured stone comes with its own name, colouring element and sometimes unique physical properties. 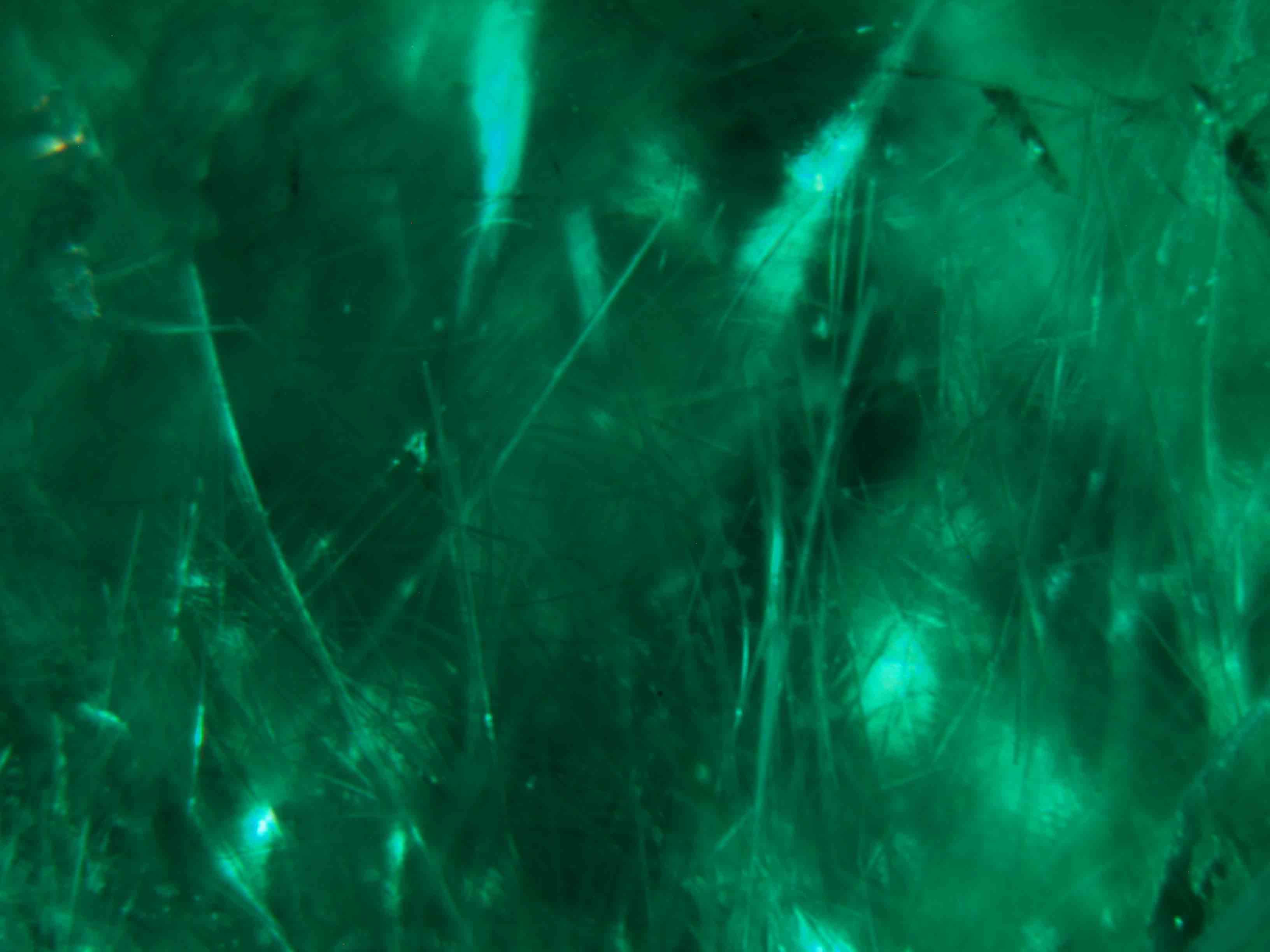 Overall, beryls are fairly hard and can be worn in rings, earrings and necklaces. Caution should be exercised when wearing these gems in rings, however, as beryls can be brittle and chip easily, especially emeralds and red beryls, due to their generally higher quantities of inclusions.

Emeralds are perhaps the most widely known variety of beryl and are birthstone for the month of May. Their rich green colour, caused by traces of chromium and vanadium, has made them desirable for centuries. Colombian emeralds are amongst the most sought after and expensive emeralds.

Generally, emeralds are included to varying degrees, containing minerals such as pyrite, mica and needle-like amphibole. Colombian emeralds are known for their three-phase inclusions, which are tiny cavities inside the stone containing a solid mineral, a liquid and a gas bubble. Most of the emeralds on the market have at least some internal fractures which are often filled with oil to improve the appearance of clarity.

The stone is also notoriously brittle and the eponymous emerald cut (a rectangular step cut with the corners removed) was created to make it more wearable and to protect the stone from damage.

Another type of emerald is the trapiche, which consists of a central, green, hexagonal crystal surrounded by six wedge-shaped rays separated by a mixture of colourless beryl and black inclusions. The trapiche emerald is increasingly gaining popularity in jewellery settings and is a fun and more affordable alternative to the finest emeralds.

Literally translating to ‘sea water’, aquamarine is coloured by iron and occurs naturally as a pale, bluish-green colour. In the 19thcentury, blue-green aquamarines were preferred but now, stones are usually heat treated to remove the green hue, thus producing a purer blue colour. The more intense the blue colour, the higher the value. These stones tend to be clean but may contain an inclusion called 'rain', which consists of long, thin gas or liquid-filled tubes that run parallel to one another. 'Rain', if it is abundant enough, can cause a cats-eye effect which can be a lovely addition to your stone if you enjoy inclusions.

Named after the nineteenth-century banker and gemstone enthusiast J.P. Morgan, morganite is the pink to orangey-pink member of the beryl family coloured by manganese. It has enjoyed enhanced popularity in the trade in recent years due to the high prices being paid for pink diamonds such as the ‘Sweet Josephine’, a 16.08 carat pink diamond that sold for $28.5 million at Christie’s Geneva in 2015. 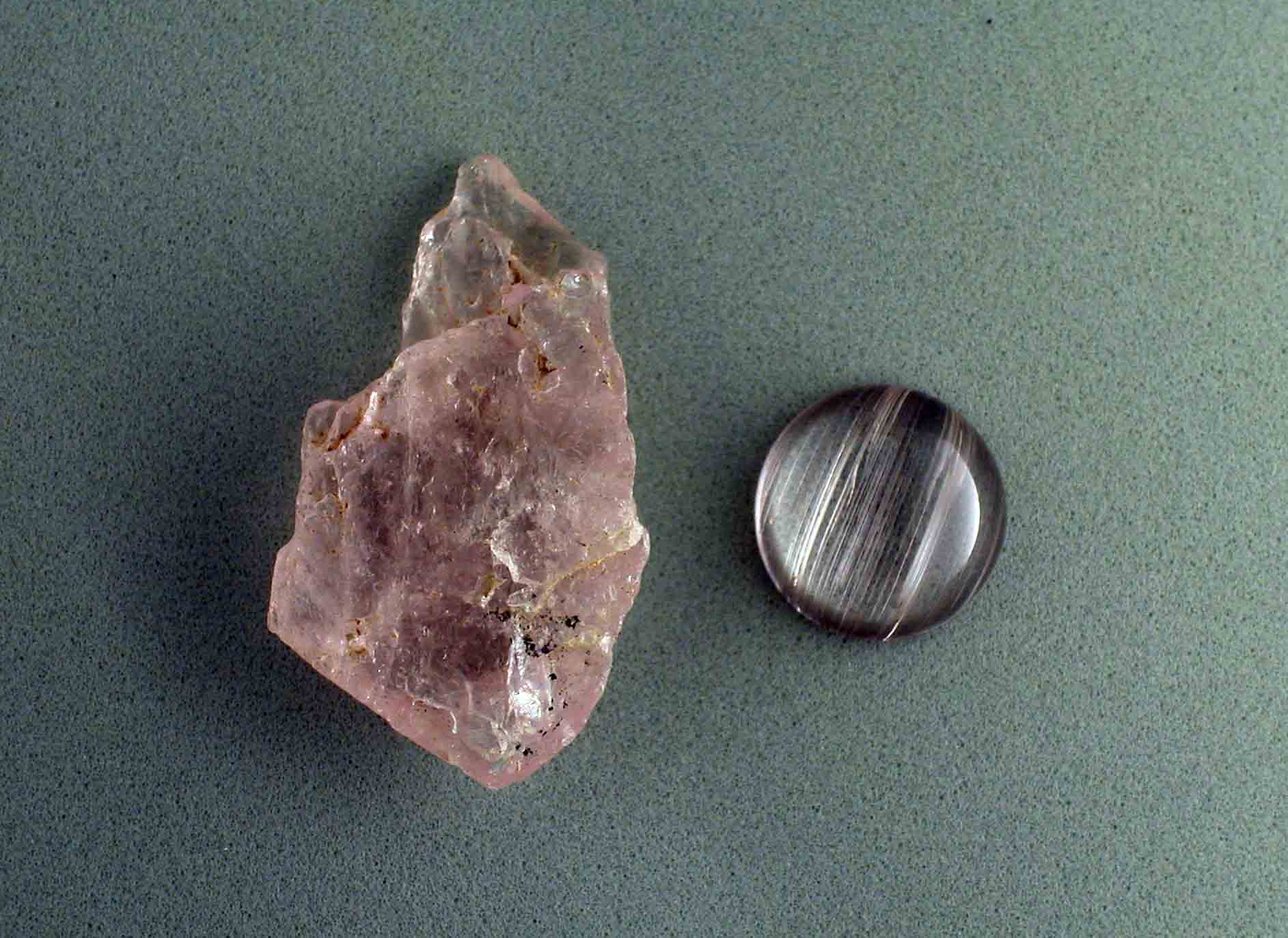 Goshenite is a beryl in its purest form without any colouring agent mixed into the crystal structure during growth. It was named after Goshen, Massachusetts in the USA where it was first discovered. Historically, due to its clarity, beryl has been used for lenses and eyeglasses. It is occasionally used as a diamond simulant, however it does not possess the same fire or level of brilliance.

Red beryl is a rare variety of beryl and is a deep red colour. It may also be called bixbite in some areas of the trade, however, CIBJO regulations have ruled out the use of the term ‘bixbite’ as it is too close in name to another mineral, bixbyite, which is completely different. It is so rare that it is more of a collector’s stone than one used in jewellery.

Discovered in 2003 and named after gemmologist Federico Pezzotta, pezzottaite is a rare pinkish-red to pink gemstone. Initially, it was believed to be a red beryl, but it has since been discovered that the chemical, optical and physical properties separate this gemstone from the varieties mentioned above. It does not often appear in jewellery due to its rarity and several of the mines where it has been unearthed are now exhausted. 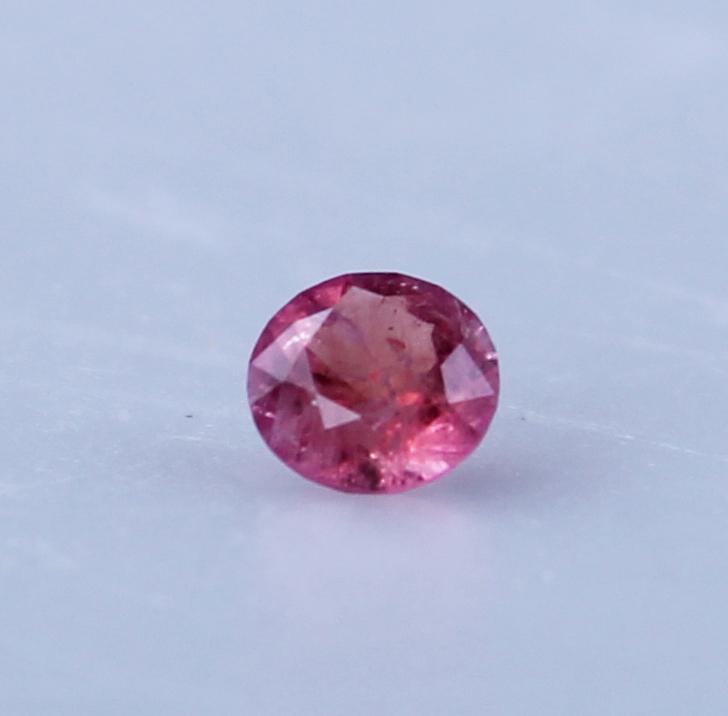 Tagged under
More in this category: « Famous Gemstones: The Star of India Sapphire Understanding Red Beryl »
Tweet
Become a Gem-A Member
Apply to become a Gem-A Member
Subscribe to our Newsletter
Keep updated with Gem-A
Sign Up
Get in Touch
Can't find what you're looking for?
Contact Us