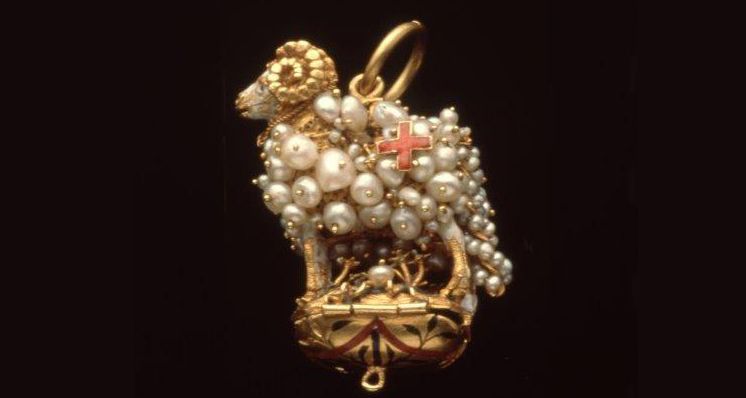 Starting his career at Cameo Corner, a jewellers previously found in Bloomsbury, John Benjamin successfully passed the Gemmology Diploma and Diamond Diploma courses at Gem-A, before joining Phillips Fine Art Auctioneers as a cataloguer and valuer. After becoming the International Director of Jewellery at Philips, he left to establish his own company, John C Benjamin Limited, an independent jewellery consultancy.

John’s mission is to "inculcate people with knowledge about antique jewellery" and his talk A History of Jewellery from Elizabeth I to Elizabeth Taylor presented at Gem Central on 17 January, was certainly a splendid opportunity to bask in his extensive knowledge.

The talk began in the sixteenth century and took the audience on a journey through the centuries, showcasing examples of beautiful jewellery in paintings and photographs, demonstrating the widespread fascination the public have with pearls, diamonds and other precious stones.

Gems in the sixteenth century were believed to have prophylactic properties. Evidence has been found that suggests pearls used to be powdered and drunk as a cordial to protect against disease, while garnets were worn against the skin and said to prevent the individual from having nightmares. Similarly smallpox scars were believed to be cleansed with sapphires and peridot was believed to promote love making. Although there have been a few changes in daily practices, gemmologists today still learn the birthstones for each month and gemstones remain associated with mystical and healing properties.

Social change is also reflected in jewellery trends. The obsession at the turn of the sixteenth century with death, when people were acutely aware they were unlikely to survive over 30, and wanted to immortalise their nearest and dearest saw the fashion for Memento Mori (remember you must die) jewels. The emergence of imitation gemstones in the nineteenth century when the rate of crime was rising and rather than risk losing precious jewellery in robberies, it was better to invest in paste and keep the real items in a safe deposit box.

The audience were show a seventeenth century Dutch painting detailing a women’s jewellery box. Containing a diamond necklace and a string of pearls, the jewellery was not dissimilar to what you would find in a jewellery box today. John made the point that nothing fundamentally changes in people’s jewellery choices. Although Antwerp may have revolutionised diamond cutting, and the location of the most prolific diamond mines may have changed, our hunger to adorn ourselves to symbolise wealth and power remains.

"Jewellery follows the money", said John, whether it is the Monarch or the most popular celebrity. For centuries we have ogled the gems adorning powerful and wealthy people and sought to copy the taste of the rich and powerful, in an attempt to emulate their success.

Despite two fascinating hours, it's clear that John's Gem Central discussion barely touched the surface of his extensive knowledge of antique jewellery. As he moved around the room, the audience holding on to his every word, it was apparent that we were privy to a rare insight into the antique world of jewellery. He told us the story behind pieces, the trends of the past, and what this can tell us about the future.

There is "a social backdrop to jewellery trends", he informed us. Through understanding what was happening at a particular point in history, we can better understand the fashion.

When asked what he thought the jewellery of tomorrow would be…he replied ethnic jewellery. As society becomes more informed and conscientious, the public are looking for materials from sustainable sources, with a story attached. But as much now as in the past, this choice is affected by those with high status.

The audience were taken on an insightful journey through the progression of jewellery design, from Elizabeth I to Elizabeth Taylor, and had a look at the evolution of jewellery in the twentieth century. John visited many themes including Renaissance pearls, enamel, The Cheapside Hoard, mourning jewellery, the age of the faceted stone, Neo Classicism, Victorian sentiment, naturalism, souvenir jewels and the age of mass production. The broad range of topics discussed meant there was something new for everyone present.

Hosted once a month at Gem-A headquarters at Ely Place London, Gem Central evenings are a unique opportunity to learn from experts and meet fellow gemmology enthusiasts. Free for Gem-A members and students, or just £10 for non-members. ■

Interested in finding out more? Visit Gemmological Instruments, where you can purchase John’s book, Starting to Collect Antique Jewellery instore or by contacting instruments@gem-a.com.

Tagged under
More in this category: « Field Trip: Exploring the Wonders of Myanmar Gem-A Photographer of the Year Competition Returns for 2019! »
Tweet
Become a Gem-A Member
Apply to become a Gem-A Member
Subscribe to our Newsletter
Keep updated with Gem-A
Sign Up
Get in Touch
Can't find what you're looking for?
Contact Us