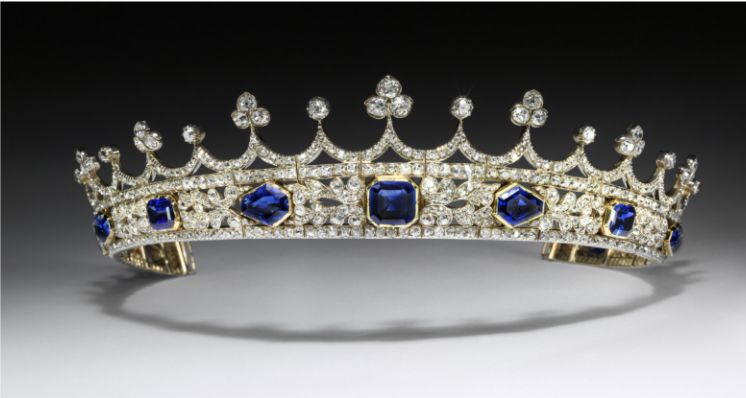 Queen Victoria (1819-1901) famously shared a love of fine jewels and coloured gemstones with her beloved husband, Prince Albert. In fact, one of her most prized possessions - a sapphire and diamond coronet - was designed and commissioned by her husband in 1840. Here, we delve into the story behind this beautiful piece of history.

The coronet was first acquired by the museum in 2017 and is considered one of Queen Victoria’s most important jewels. It was lovingly designed by her husband, Prince Albert, in 1840 (the royal couple’s wedding year) and was made by jeweller Joseph Kitching.

The coronet is mounted with diamonds set in silver, with 11 step-cut sapphires of octagonal and calf’s head shape, set in gold. The piece was designed to match a sapphire and diamond brooch that Albert gave to Victoria the day before their wedding, perhaps kick-starting the Queen’s love of parures.

In fact, in the same year, she purchased a pair of diamond and sapphire earrings, a brooch and a bracelet of sapphires and diamonds, which suggests she was building a rather impressive matching set!

The design of the coronet was based on the Saxon Rautenkranz – acknowledged as Prince Albert’s coat of arms – although the gemstones are believed to have come from jewellery previously given to Victoria by King William IV and Queen Adelaide.

Prince Albert took a keen interest in Victoria’s jewellery, with one of the Queen’s diary entries from February 1843 stating: “We were very busy looking over various pieces of old jewellery of mine, settling to have some reset, in order to add to my fine ‘parures’. Albert has such taste and arranges everything for me about my jewels.” 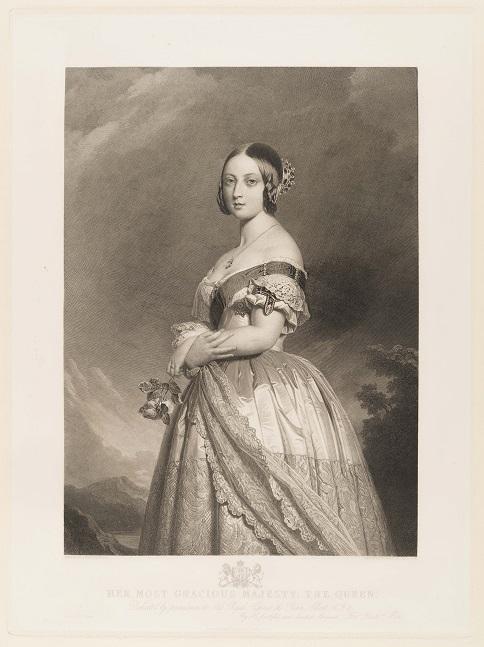 Soon, the coronet was immortalised in influential early paintings of Victoria, including the 1842 official portrait by Franz Xaver Winterhalter, making the sparkling jewel a recognisable symbol of her power and status.

Prior to the untimely death of Prince Albert, Queen Victoria famously had a great love of colourful gemstones and transformable pieces that could be worn in multiple ways. In 1866, she wore the coronet in place of the heavy state crown at the first Opening of Parliament she attended after Albert’s death (perhaps signalling that the piece gave her confidence).

Speaking on the introduction of the coronet to the V&A, senior curator Richard Edgcumbe said: “Queen Victoria’s sapphire and diamond coronet is one of the great jewels of her reign. Designed by Prince Albert, it is an iconic symbol of their love, worn by Victoria as young queen and as widow. We are entirely indebted to William and Judith Bollinger and their sons for the gift of this masterpiece of the jeweller’s art, which is so intimately associated with Victoria and Albert that it will become part of the identity of the V&A.

"Together with an array of eighty new acquisitions and loans made possible by the generosity of many supporters, the display of the coronet inaugurates the next phase in the life of a much-loved gallery.”

All images credit to Jewellery, Rooms 91-93, The William and Judith Bollinger Gallery at the Victoria and Albert Museum (V&A).

This article was originally published in the Summer 2019 issue of Gems&Jewellery.

Thinking of enhancing your knowledge of diamonds? Take a look at our Diamond Diploma and Diamond Grading and Identification course.

Tagged under
More in this category: « The Gems&Jewellery Autumn 2019 Issue Has Landed! Explore the History of Garnet in Antique Jewellery »
Tweet
Become a Gem-A Member
Apply to become a Gem-A Member
Subscribe to our Newsletter
Keep updated with Gem-A
Sign Up
Get in Touch
Can't find what you're looking for?
Contact Us