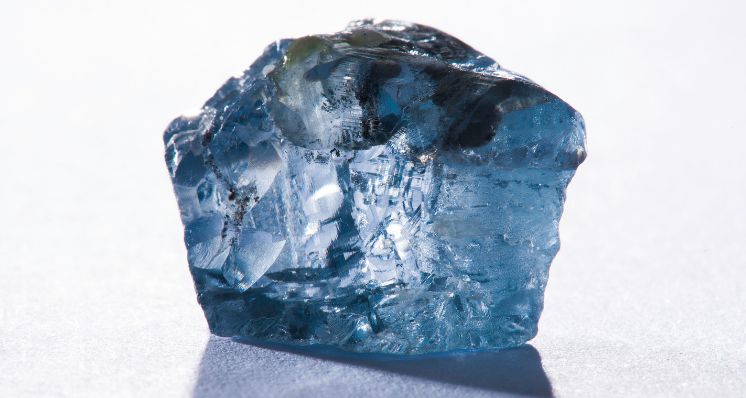 The term 'rare' is thrown around alot online, but what gemstones actually deserve the term and do diamonds fall into this category at all? Gem-A tutor manager, Rona Bierrum FGA DGA, explores some of the rarest gemstones known to man and considers how rarity is measured in the gem and jewellery trade.

The term ‘rarity’ stems from the Latin rarus meaning ‘far apart’ or ‘infrequently found’. Because these items are uncommon, they generate interest or value. So given how many diamonds may be seen walking down Hatton Garden or Bond Street, how may this term be applied to diamonds, and are there any other stones which might be more deserving of this moniker?

Are diamonds really as rare as everyone says?

Up until the end of the 19th century, when diamonds were discovered in South Africa, these extraordinary and beautiful gems were found in just a few places around the world, and only then in small numbers, widely dispersed by rivers and water action. At this time, the true definition of rarus could easily be applied to this stone.

This changed in 1867 when the discovery of the Eureka and then the Star of South Africa precipitated what became known as the ‘New Rush’ as prospectors and miners swarmed into the Kimberley area to dig for riches.

Suddenly diamonds became much more available to the middle classes, newly prosperous as a result of the rise of the industrial age. Add technological advancements such as the development of the diamond saw in 1900, and for every diamond mined, two could be fashioned. 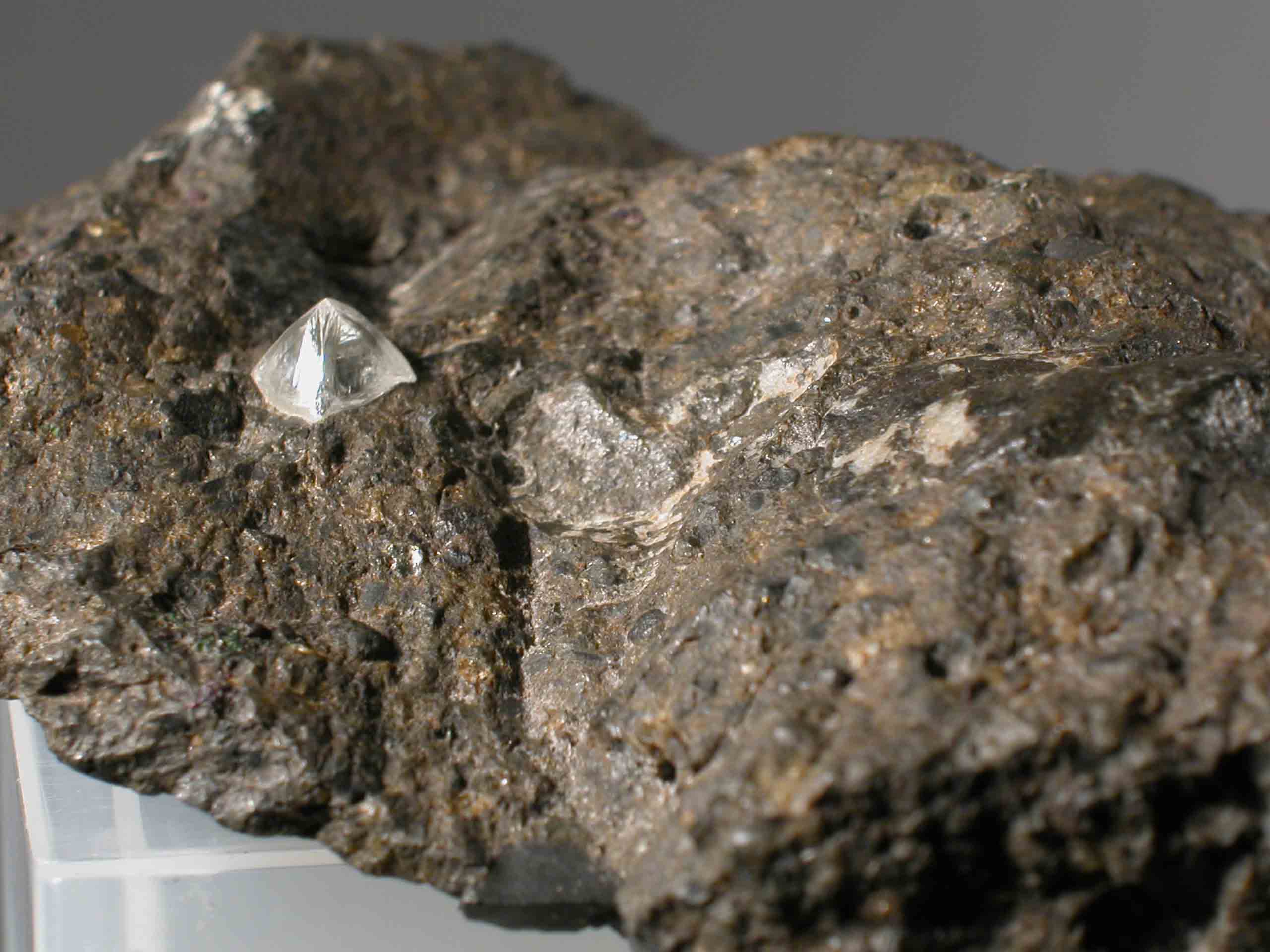 A diamond crystal in kimberlite.

Suddenly diamonds became much more abundant than they ever had been. As every single stone mined could be used in some fashion – whether it be as a scintillating jewel or as an abrasive in industry – a great deal of work has gone into extracting every single stone possible from available resources over the years.

Today, diamonds top the lists of extracted gem materials around the world, despite the fact that there are only a few localities where they are available to us.

But are they truly rare? Let’s consider this. Almost every other gem material that we consider suitable for ornamental wear forms in or very near to the crust of the earth. Diamonds grow in an area of the Earth that as humans, we have absolutely no access to.

They were bought to the surface by extraordinarily rare, cataclysmic geological events, the last of which occurred approximately 20-60 million years ago. What has already reached the surface is likely to be all we will ever have access to.

Are there any gemstones rarer than diamonds?

There are some materials that are still relatively unknown in the gemstone world. Among these are painite and grandiderite. Of these, painite, a lovely pinkish-red transparent material, is probably the most rare, with only a very few faceted examples being known of around the world. 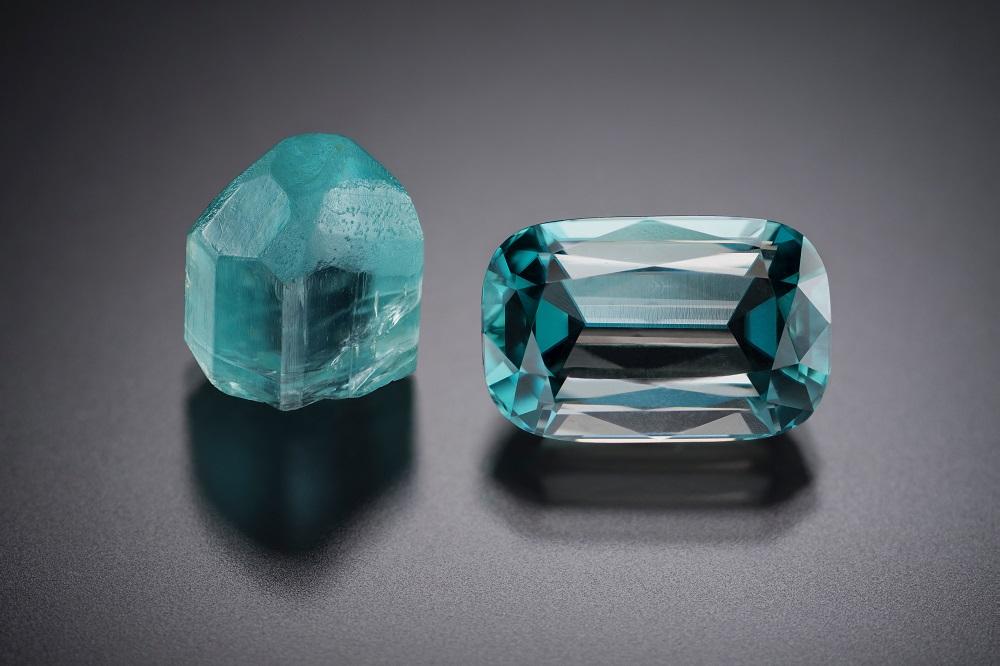 This image originally appeared in the Spring 2019 edition of Gems&Jewellery magazine, page 20-21.

While grandiderite was considered an equivalently rare material, the discovery of a deposit of this beautiful bluish-green transparent to translucent gem in Madagascar in 2012 will hopefully see more of this material reach the market soon.

Named and strongly promoted by Tiffany & Co New York, this gorgeous gemstone with its shifting pleochroic hues of violet and intense purplish-blue has captured the hearts of the gem buying public since its discovery in 1967 – 100 years after the discovery of diamonds in the same continent.

How does one measure rarity in the world of gemstones?

Another definition of ‘rare’ is that of an item being ‘unusually good or remarkable’. In a world where new deposits of gem materials appear to be discovered every month, this is potentially the most relevant application of the term ‘rarity’ in the business as a whole.

While there is a general saturation of goods in the marketplace, it is those pieces that are extraordinary which stand out and which command the greatest desirability and consequently the highest prices… one might say they are the best of the best.

Given this, diamonds that are distinguished by their extreme purity or clarity, large size and beauty of colour are understandably considered rare and highly desirable. These stones grow in the wild; and for them to make it through the rigours of their explosive journey to the surface of the earth in one piece; to retain such a large size through the drilling and blasting which typifies the mining process; and then be fashioned with such superb care and precision to earn the coveted ‘Triple X’ of excellent symmetry, proportions and polish at the hands of a master craftsman is something so outrageously unlikely that these materials may be considered as the rarest of the rare. ■

Do you have a passion for diamonds? Discover the Gem-A Diamond Diploma and Short Courses here.

More in this category: « Gem-A Gemstone & Mineral Collection: Understanding Fossils as Decorative Materials Gem-A Gemstone & Mineral Collection: Understanding Selenite »
Tweet
Become a Gem-A Member
Apply to become a Gem-A Member
Subscribe to our Newsletter
Keep updated with Gem-A
Sign Up
Get in Touch
Can't find what you're looking for?
Contact Us