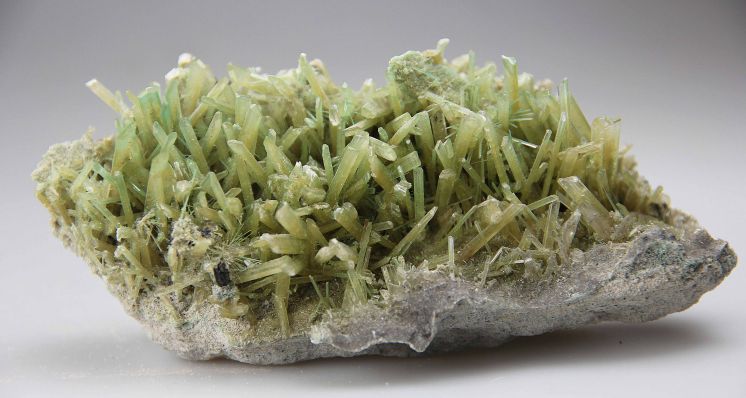 Although sometimes used as a synonymous for the mineral gypsum, selenite strictly refers to the colourless variety of gypsum. Note also that selenite does not contain any selenium, and only shares the etymology of its name with that element.

Selenite was named after Selene the Greek goddess of the Moon, meaning literally the stone of the Moon (not to be confused with albite-orthoclase feldspar moonstone). The name alludes to the moon-like pale reflection the stone can give. Transparent to translucent with a glowing transparency, throughout history it has been compared to liquid light.

The original name was given to the mineral by the Swedish scientist J.G. Wallerius (1709-1785) in his 1747 book Mineralogia, eller Mineralriket. A professor of medicine and chemistry, he was also a mining specialist. His publication is the first one to present minerals systematically according to their chemical properties rather than their external appearance, which opened a new era in mineralogy. He later applied his knowledge to agriculture and is regarded as a founding father of agricultural chemistry.

Gypsum is an hydrous calcium sulfate CaSO4·2H2O and an abundant mineral worldwide. Aside from the colourless crystals of selenite, other varieties include satin spar which is translucent, opalescent white with a fibrous structure. Alabaster is the fine-grained, opaque form of gypsum appreciated for carving and ornamental use. Desert rose refers to clusters of gypsum forming radiating, circular crystals that look like the petals of roses. These tend to form in dry and sandy conditions. 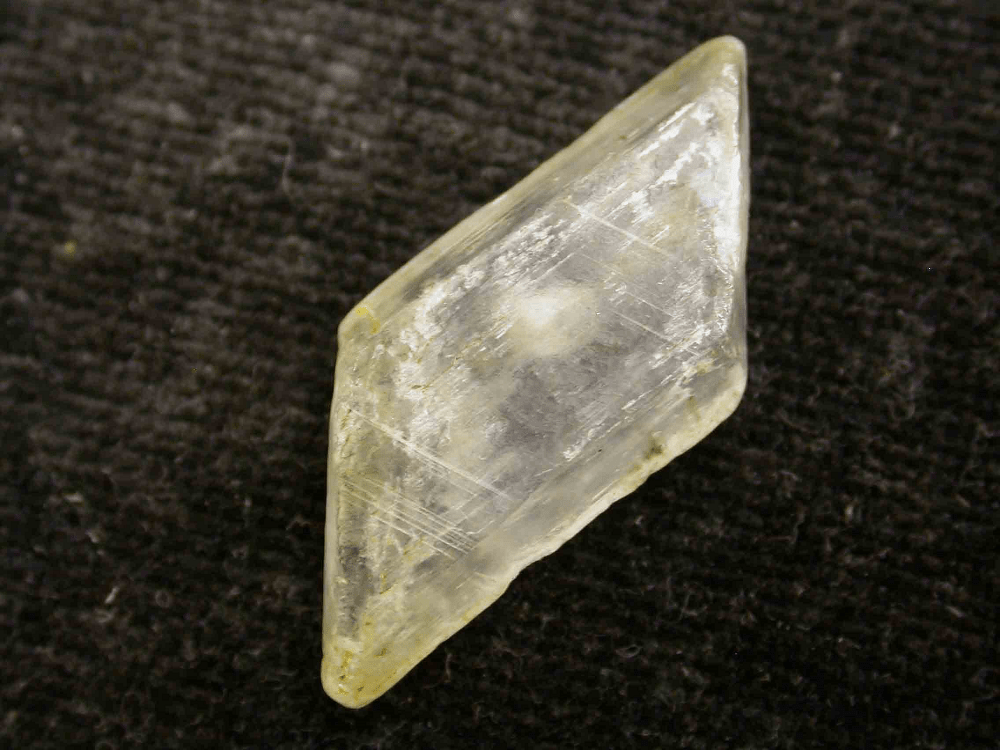 Selenite crystallises in the monoclinic system, commonly as tabular crystals with a rhombus shaped outline. It is often found twinned: a crystal started to grow and the growth direction changed abruptly in a symmetrical manner. These twinned crystals take particular shapes known as ‘swallowtail’ or ‘spearhead’. Selenite can also form as long, prismatic crystals. They often occur as dense formations of slender crystals.

Although transparent and colourless, selenite can be lightly coloured due to inclusions or impurities, therefore displaying pale pastel tints. This is almost certainly the case with the specimen in the Gem-A Gems & Mineral Collection (pictured top), which has a green hue due to copper-based mineral inclusions, including the zinc copper hydroxide chloride known as Herbertsmithite.

At only 2 on Mohs’ scale of hardness, selenite is a very soft material that can be scratched by a fingernail. It is not suitable for faceting but can be carved as cabochons or beads. As a result, the surface of a selenite crystal looks often scratched and bruised with white-ish percussion marks. Selenite has one excellent, and two distinct cleavage directions: it has a tendency to break along these structural planes because there are weaker atomic bonds in these directions. This makes it a rather brittle stone.

Selenite crystals form in sedimentary rocks, specifically limestone, and they can grow to gigantic sizes in the right conditions. The Cave of Crystals discovered in 2000 in the Naica mine in Chihuahua, Mexico, contains crystals of selenite as large as 1.2m in diameter and 15m in length - the world’s largest known crystals. 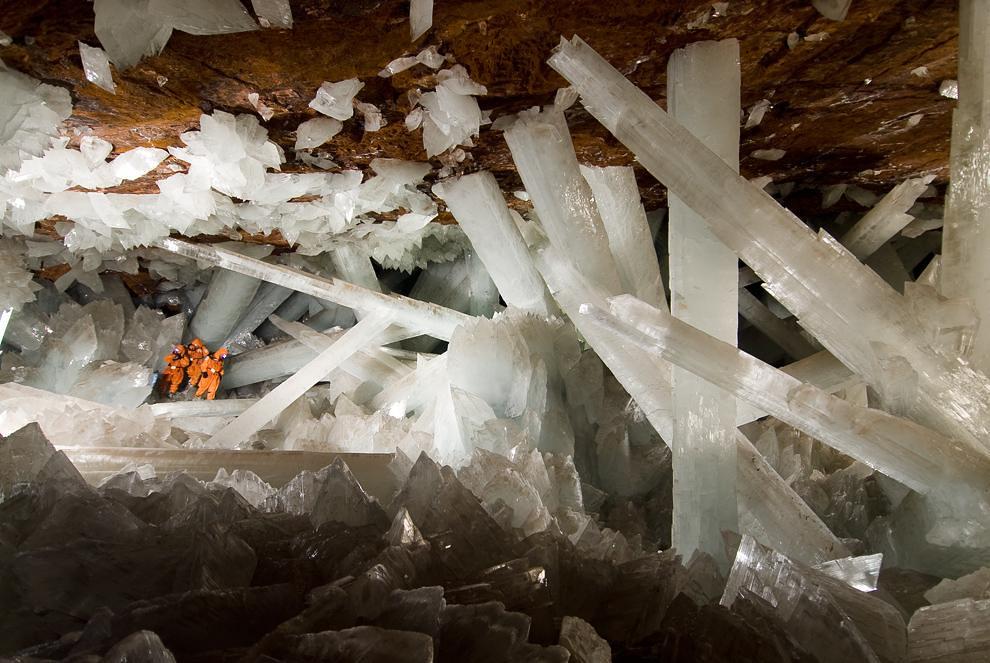 Inside the 'Crystal Caves' of Naica, Mexico. Image courtesy of junaidrao via Flickr Creative Commons.

They were formed by hydrothermal fluids from the magma chamber situated below. With perfect conditions, they grew to unprecedented scales.

Read more: The Most Underrated Gemstone? Why We Love Rock Crystal

In Roman antiquity, transparent selenite was used as window panes (before the invention of glass panes). Plinius the Elder refers to it as specularis lapis or ‘mirror-like stone’ (alongside muscovite mica and talc), which “can be split in thin panes and can be found in Spain around Segobrige (…) in Cyprus, in Cappadocia and in Sicily.”

Powdered selenite was scattered on the ground of the Circus Maximus to create a glittering, sparkling effect during races. In the Middle-Ages, selenite was discovered in abundance in Germany in the region of Gotha and was used again as substitute glass panes to protect pictures of the Virgin Mary. It became therefore known as Marienglas.

More in this category: « What Makes A Gemstone Rare? Diamond, Painite, Grandiderite and More Understanding Sugilite »
Tweet
Become a Gem-A Member
Apply to become a Gem-A Member
Subscribe to our Newsletter
Keep updated with Gem-A
Sign Up
Get in Touch
Can't find what you're looking for?
Contact Us