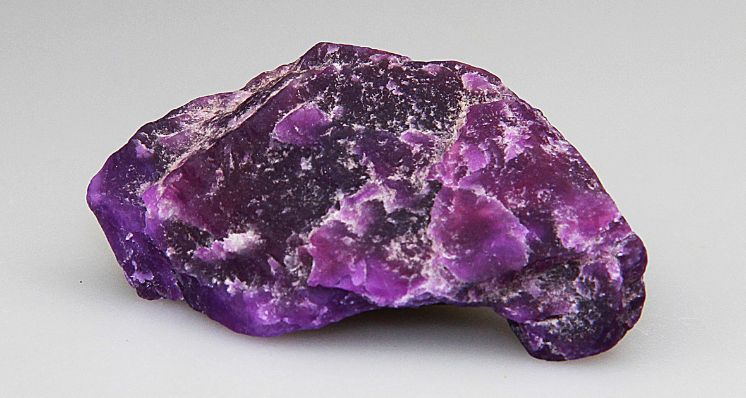 The mineral sugilite is a relatively recent discovery. The Japanese petrologist Ken-Ichi Sugi (1901-1948) from the Imperial University in Kyushu was the first to find an occurrence of the mineral (found in an aegirine syenite intrusive rock) on the Iwagi islet, in the south west of Japan.

Although discovered in 1944, it was only named and published later in April 1976. The authors of the study called this new mineral ‘sugilite’ in honour of its discoverer Ken-Ichi Sugi. This is a mineral which is typically mis-pronounced: the ‘g’ should not be a soft ‘g’ but a hard one, owing to the Japanese origin of the name.

The Composition of Sugilite

Sugilite has a complex chemical formula, KNa2Li3Fe2(Si12O30) meaning that its chemical composition is potassium, sodium, lithium ferric iron silicate. It is part of the cyclosilicate group. Cyclosilicate is a compound of silicate tetrahedra, consisting of a central silicon atom surrounded by four oxygen atoms.

These silicate tetrahedra are arranged in rings (hence the prefix cyclo, meaning circle in ancient Greek). Other gem cyclosilicates include beryl (Be3Al2Si6O18), tourmaline, as well as benitoite and axinite.

In Japan, sugilite is found as yellowish-white to colourless small crystals, which are not particularly suitable for use in jewellery or ornamental works. It is of medium hardness, at 6 on the Mohs’ scale and it has a vitreous to silky lustre. It occurs mostly as massive (i.e. shapeless) monomineralic aggregates of minute crystal grains.

A bright, saturated violet-to-magenta material was found in large quantities in 1979 at the Wessels mine in Kuruman district, part of the Northern Cape province of South Africa. The Wessels mine is a manganese mine that began operating in May 1973. Gem quality sugilite was found by accident when the roof of a shaft caved in during the development of the mine.

When the find was published in 1980, the South African sugilite was described as having a vitreous lustre and granular texture, with a chemical composition identical to the occurance in Japan. The only difference – the bold purple colour – was caused by manganese impurities in its chemical structure.

Due to the location of this find, you may hear transluscent, faceted sugilite from South Africa referred to as ‘wesselite’. It also goes by the name of ‘royal lavulite’ or ‘royal lazel’ if more lavender in colour.

The rare, dark purple translucent material is known as ‘gel sugilite’ and highly valuable. The known reserves at the Wessels mine are exhausted and sugilite has become a pricey and sought after gem. Sugilite has also been found in Canada, Italy, Australia and India.

Due to its relative softness and translucency, sugilite is mostly used as an ornamental material or included in jewellery as cabochons, beads or carvings. It is sought after for its unique vibrant colour. A recent and well-publicised use of sugilite was for the wings of a decorative owl designed by Van Cleef and Arpels for their colourful Noah’s Ark collection in 2016. 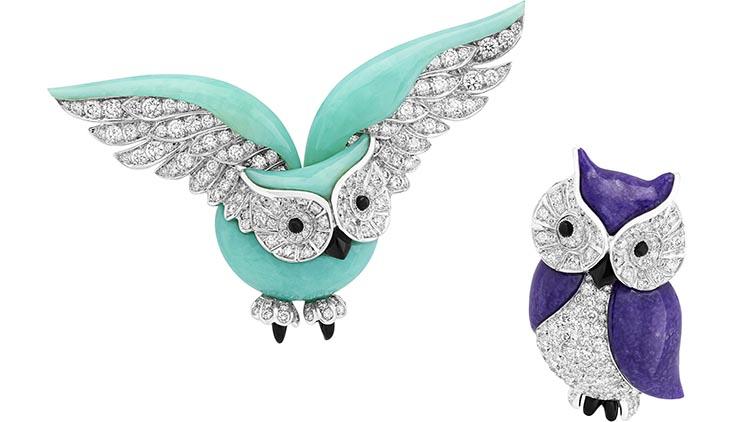 Start your gemmology journey today with the Gem-A Gemmology Foundation course or one of our many short courses and workshops. Contact education@gem-a.com to find out more.