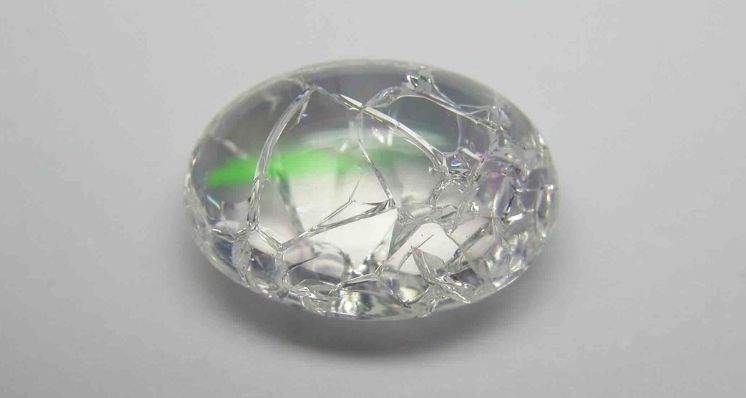 When gemstones are used or appreciated for their mystical properties, it is generally for their positivity or ability to influence an optimal outcome. However, through the centuries, some gems have acquired a reputation for being unlucky to the owner, including opal, black diamond and pearl.

While we gemmologists do not believe in the superstitions surrounding these equally fascinating gemstones, it cannot be denied that such stories are quite intriguing – and could prove useful for telling spooky Halloween tales! 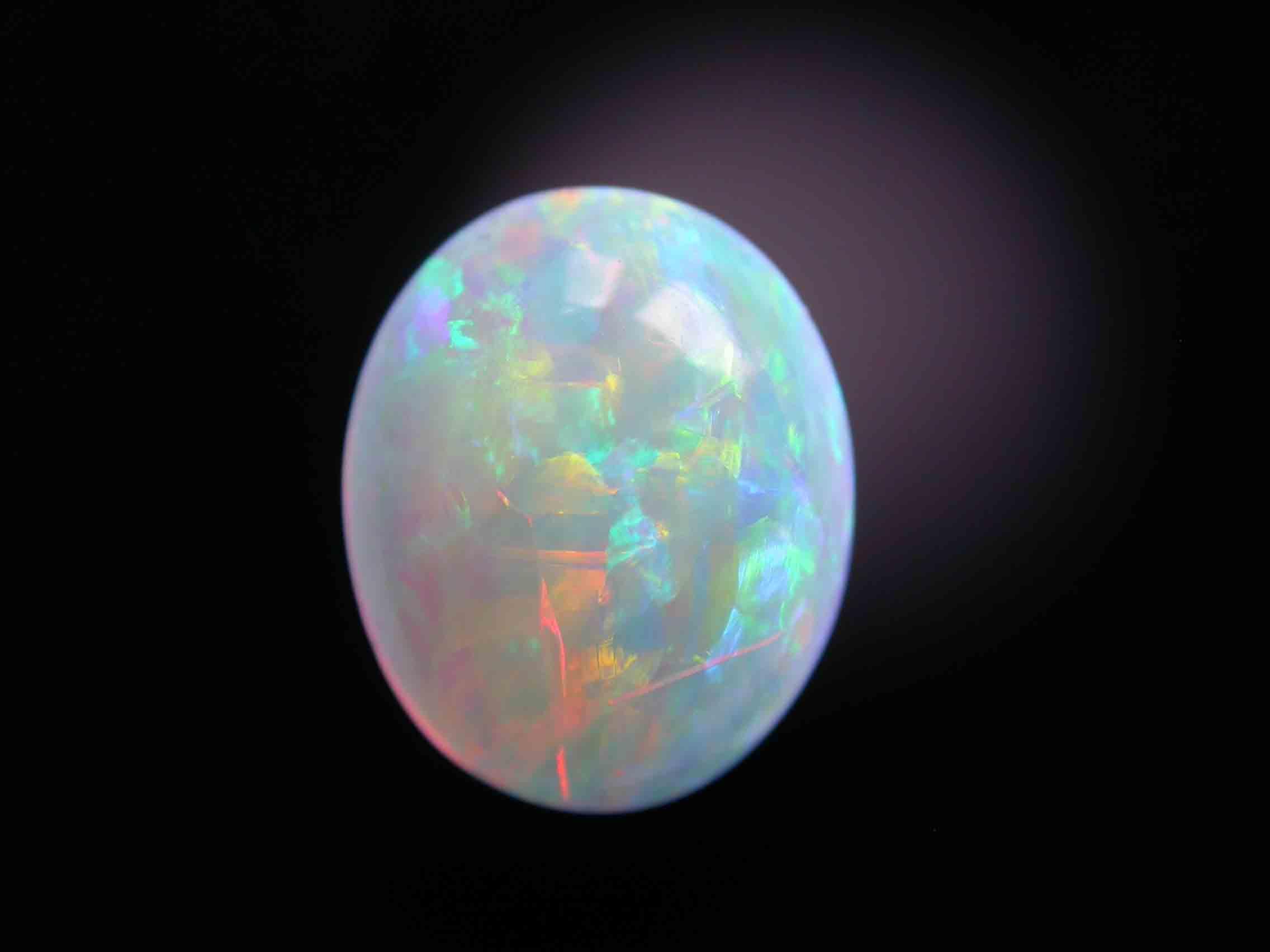 Play of colour visible in a precious opal. Image by Pat Daly, Gem-A.

Despite a long association with good fortune, there are many stories and legends that link this colourful stone with bad luck, the ‘evil eye’ and even death.

One of the most prominently cited sources for opal’s bad reputation stems from its appearance in Sir Walter Scott’s 1829 novel, Anne of Geierstein. In the story, Lady Hermione wears a dazzling opal in her hair. After it is sprinkled with a few drops of holy water, the opal loses its play of colour and she dies shortly thereafter, reduced to a pile of ashes. She was accused of being a demon due to this series of events, thus relating opals to the dark forces.

It is hardly likely that Scott was the first to malign the opal, and he was not the last. While this novel allegedly caused the sale of opals to decline, Queen Victoria did not let this deter her love of opals and in fact she had a large collection of opal jewellery. 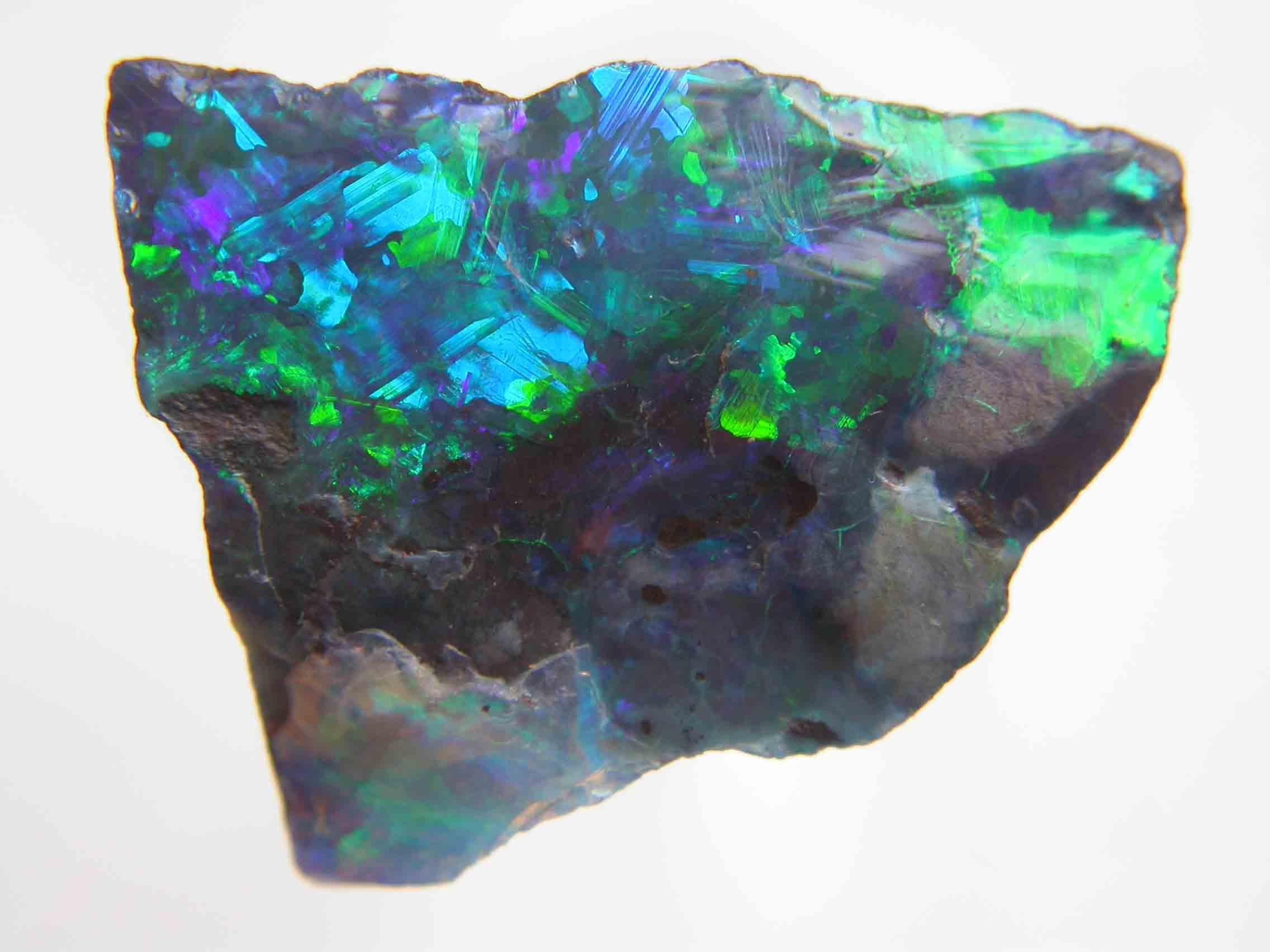 In the late 19th century, Alfonzo XII, King of Spain, experienced a spate of deaths in his family. His wife, grandmother, sister and sister-in-law all died within a short time of receiving an opal ring as a gift from him (each received the ring after the previous family member had died), and finally, he suffered the same fate after wearing the ring himself.

Read more: Opal for Those Born in October

It is most likely that the cholera epidemic, old age and other diseases like typhoid fever caused these deaths, but a link between opal and death had been strengthened. Centuries before, it was associated with the Black Plague of the 14th Century. Opal was a popular gem at that time and when those wearing opals died, their gemstones would apparently lose their colour entirely.

A less deadly belief existed in Europe in the 11th century, where some thought that opals could grant the wearer invisibility, thereby associating the stone with thieves and spies as they could carry out their bad deeds unseen! 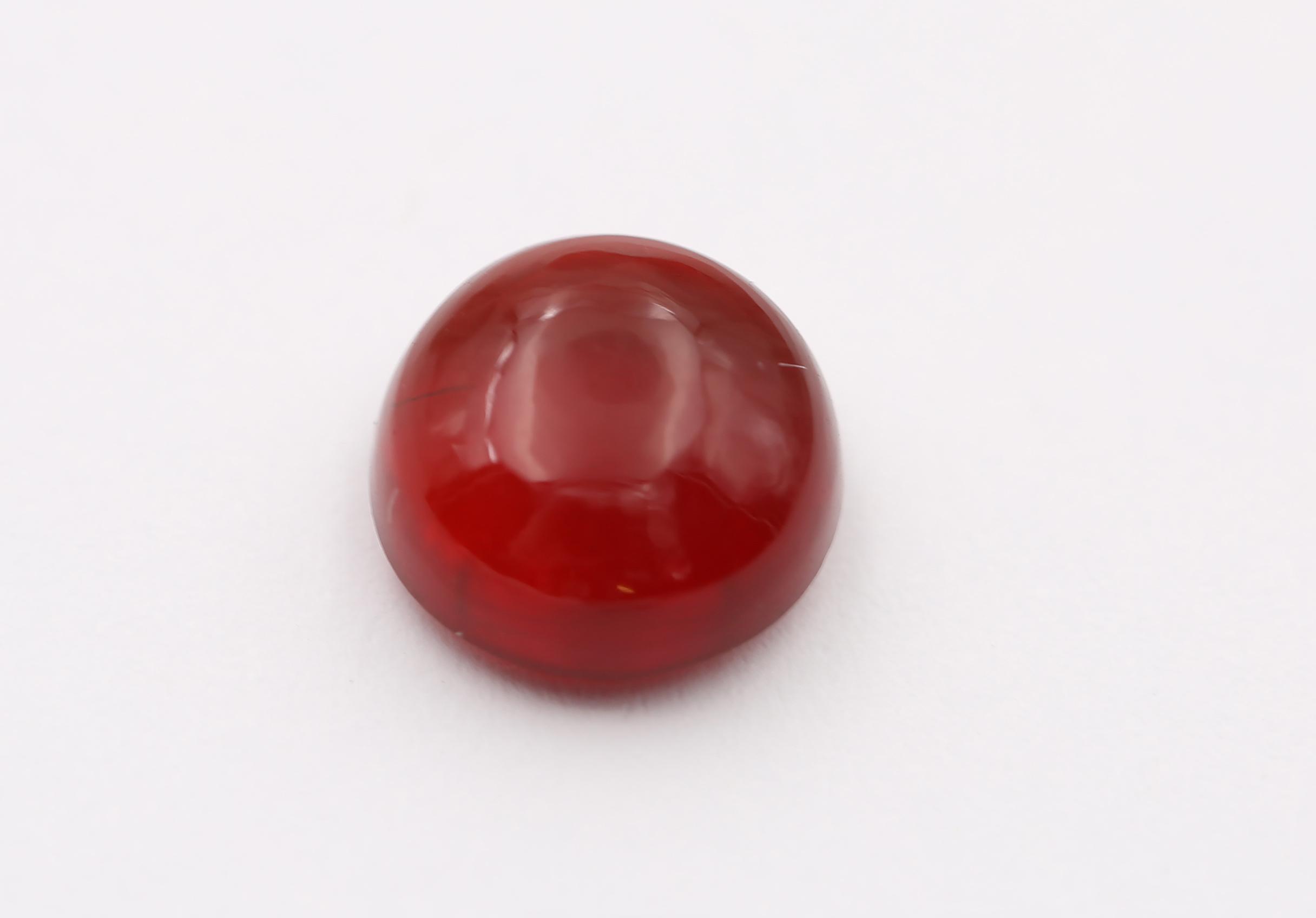 Finally, there is a superstition that you should not wear an opal unless it is your birthstone otherwise misfortune will befall you. This, of course, is far-fetched, but the notion could have been promoted in the late 19th and early 20th Centuries by diamond traders who were trying to increase sales of diamonds and deter people from buying opals. Possibly related to this is the thought that you should set opal jewellery with diamonds as their powers of good fortune will override any negativity held by the opal.

Depending on where you are in the world, black diamonds can be a force for good or evil. In Italy, it was believed that if a married couple touched a black diamond, it would bring them good fortune and all of their worries and troubles would dissipate, absorbed by the stone. However, in ancient India, black diamonds were believed to be the harbingers of death as they were thought to resemble the eye of a snake or spider.

Pearls can symbolize purity, wisdom and loyalty. However, some believe that they should not be given to a bride on her wedding day as they can bring sadness or tears to her marriage. This may stem from a historic association between pearls and tears. 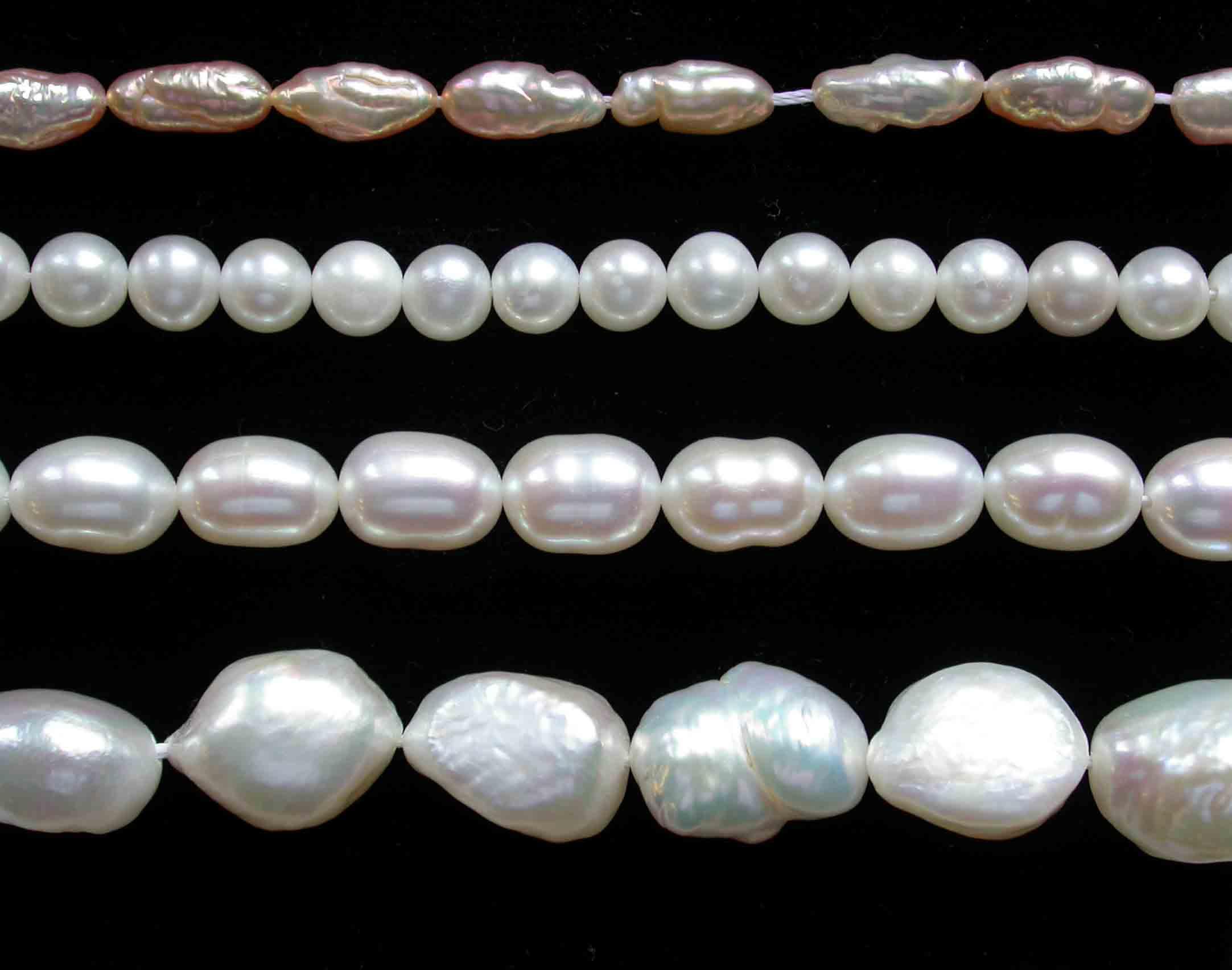 In ancient Japan, pearls were believed to be the tears of mermaids and angels, and in ancient Greece, it was thought that pearls were the tears of the gods. To further their association with tears, seed pearls were used in Victorian mourning jewellery as a representation of human tears.

Additionally, there is a superstition that pearls should not be given as gifts because they will bring the wearer great sadness and bad luck. To counter this, the recipient of the pearls should give the person gifting them the pearls a penny or small amount of money to ‘purchase’ the pearls from them.

Whether you believe that opals, black diamonds and pearls can cause you great misfortune or bring you luck and joy, we can all agree that their histories are made very colourful by the ancient folklore and superstitions associated with them. However, we think that studying the gemmology of these incredible gems will reap a much more interesting – and trustworthy – insight!

Interested in developing your knowledge on gemstones? Why not consider taking one of our upcoming workshops?

Do you dream of being a gemmology expert? Take a look at our Gemmology Foundation course.

Tagged under
More in this category: « A Journey into the Blues of Iolite from Tamil Nadu Understanding the Cat's Eye Effect in Gemstones »
Tweet
Become a Gem-A Member
Apply to become a Gem-A Member
Subscribe to our Newsletter
Keep updated with Gem-A
Sign Up
Get in Touch
Can't find what you're looking for?
Contact Us