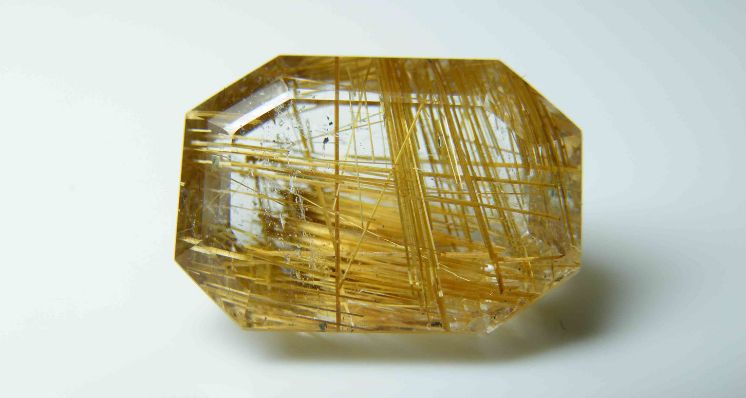 Everyone knows that lucky April-born souls have been blessed with one of the most prestigious birthstones: diamond. However, there is an alternative birthstone for the month and it's a 'hidden gem'... so to speak! Gem-A Member, Julia Griffith FGA DGA EG explains why rock crystal is worth your time and attention.

Rock crystal is the purest variety of quartz and is transparent and completely colourless. Its name derives from the Greek term krustallos meaning 'ice' and it is the sister gemstone to colourful varieties of quartz, such as amethyst and citrine.

From across the spectrum of gemstones, only rock crystal offers such a wide variety of attractive inclusions. For this reason, rock crystal has the potential to be one of the most characterful and artistic gemstones for collectors and jewellery lovers alike.

Many may think of 'inclusions' as flaws, however, when viewing the array of possible features that can be available within this gemstone one may change this opinion. There is rutilated quartz, tourmalinated quartz, fluorite in quartz, hematite in quartz, gilalite in quartz, pyrite in quartz… the list goes on! These different mineral inclusions add further variety to the rock crystal family whilst offering dozens of different looks. 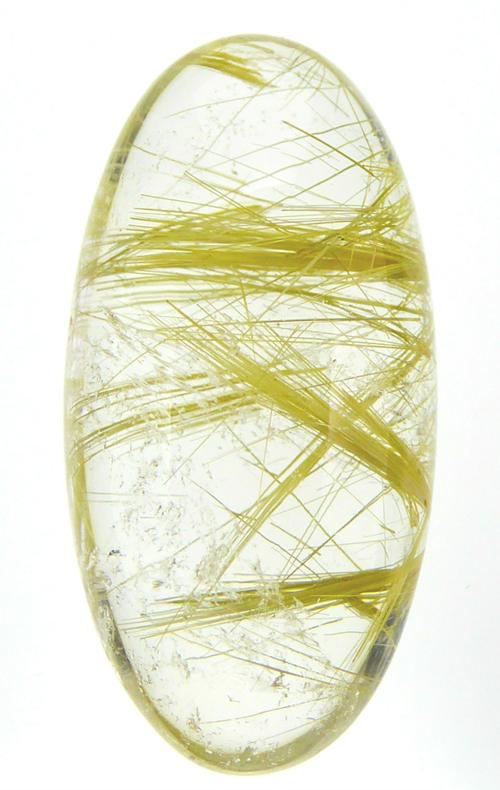 Considering its place in the quartz family of gemstones, rock crystal has a hardness of 7 on the Mohs Scale. It is reasonably durable and stable, which makes it suitable for all kinds of jewellery pieces. It can be fashioned as carvings, cabochons or faceted gems.

An additional bonus with quartz is that it is readily available in larger sizes and at wallet-friendly prices. If you are searching for a statement pendant, beautifully-included rock crystal could be a fantastic option. 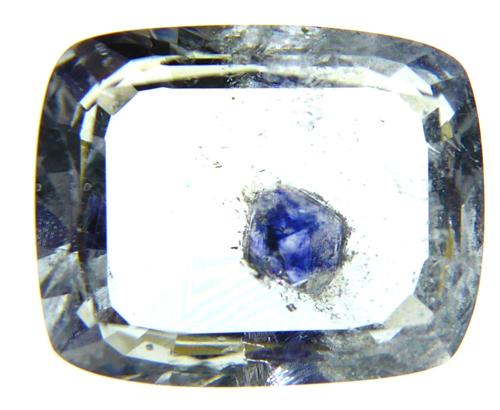 The Uses of Rock Crystal

Transparent rock crystal has been used as an imitation of diamond for centuries, due to the fact they are both colourless. Rock crystal will not be as 'firey' as diamond as it does not disperse light to the same degree, however, a well-cut rock crystal can be very brilliant with excellent return of white light.

Faceted rock crystals are still used as diamond imitations today, particularly as 'accent stones' in jewellery. Designers may choose to surround a coloured stone with melee-sized rock crystals rather than diamonds, offering affordable price-points to the consumer whilst giving a similar look.

Quartz is a silica (SiO2) and is the most abundant mineral on Earth and therefore it is mined in many localities throughout the world. Quartz grows as long prismatic crystals with pyramidal points that can occur as single crystals, clusters and geodes - all of which can be very attractive and are commonly used as display pieces or set within jewellery. The largest single crystal recorded was from Itapore, Brazil and measured over 20 feet in length and weighed over 44 tonnes.

The industrial uses for rock crystal quartz outweigh its use in jewellery. It is used within the manufacture of glass, sand, ceramics, brick and abrasives (to name a few) and it is considered one of the world’s most useful natural materials.

Since its successful synthesis in the 1950s, synthetic lab-grown quartz is used extensively for the majority of industrial processes and may also be found within the gem trade as fashioned stones.

Notably, quartz is used in the mechanism of quartz watches (hence the name) and anyone who sells watches will know that quartz movements keep exceptionally accurate time losing only seconds over the life-time of the battery. This is thanks to quartz’s ability to release regular electronic impulses at precise frequencies.

This rare property, known as piezoelectricity, is utilised within our GPS equipment, telephones and radios as well as in the mechanism, which triggers the airbags in our cars.

It is this property, which is thought to be exploited during crystal healing as the energy held within rock crystal is thought to amplify and channel universal energy. Hopefully, we have managed to change your mind about rock crystal! Why not celebrate April births and special occasions with this underappreciated gemstone instead of the diamond? You may just fall in love with something new. ■

Tagged under
More in this category: « Birthstone Guide: Tanzanite for Those Born in December Explore the Historic Significance and Mythology of Amethyst »
Tweet