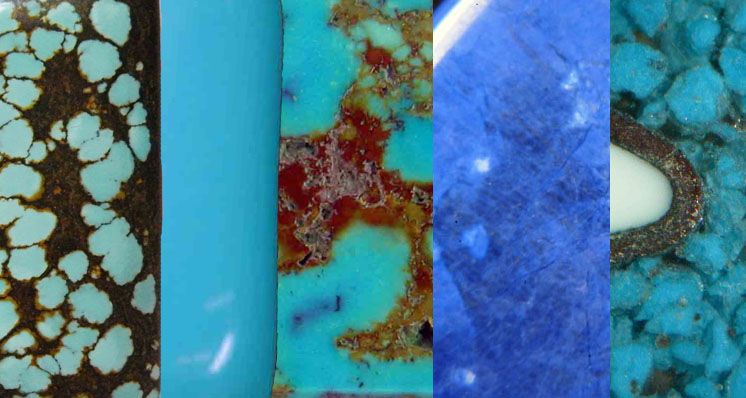 Beautiful blue turquoise is one of three birthstones for the month of December (in addition to zircon and tanzanite).

It is enriched with real cultural significance that can be traced back thousands of years. Here, we explore the blue shades of turquoise and explain what makes this gemstone so special

Admired since ancient times, turquoise is known for its beautifully unique colour, ranging from powdery blue to an unrivalled 'robin's egg' blue. Its colour and historic significance have resulted in turquoise becoming a favourite of many.

Gem turquoise is a polycrystalline copper material typically occurring in thin seams or small nodules. Turquoise is found in dry, barren, arid regions where copper, leached from rocks by rainwater, reacts with aluminium and phosphorus.

The result of this reaction is a porous, semi-translucent to opaque compound of hydrous copper aluminium phosphate with some evidence of iron. Copper produces the blue hues whilst chrome and iron add tonal variations of green.

Quite often, small patches or veins of brown or black host rock, known as matrix can be seen in the stone. The presence of these 'spider-web' patterns can often lower the value of the stone. However, some buyers actively seek stones with a presence of its matrix as they can be more unusual and attractive. 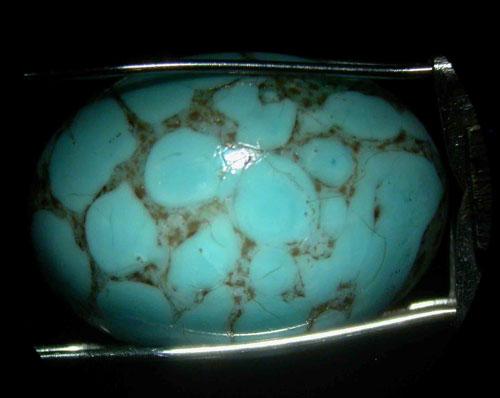 In terms of market-value, turquoise stones completely free from traces of matrix command a higher value, whilst those with evident spider-web patterns classified as desirable fetch second-place value in the trade.

The History of Turquoise

The earliest evidence we have of this gemstone dates to 3,000 BCE, under the reign of King Tutankhamun. The oldest turquoise mines are believed to have been located in the Sinai Peninsula of Egypt. Elaborate displays of turquoise were found on the gold jewellery of many Egyptian pharaohs, with the most extravagant found set on the iconic burial mask of King Tut himself.

Ancient Persians believed that turquoise guaranteed protection. They adorned many of their palace domes with the sky-blue gemstone as it was said to represent heaven. Additionally, ancient Persians often engraved Arabic script into turquoise which would then be used to intricately decorate their daggers and horses' bridles.

The highly prized 'robin's egg' blue - also known as 'Persian turquoise' - was venerated by the people of Persia (now known as Iran) as well as Siberia, Tibet, Turkey and Afghanistan. It was Turkish traders who later introduced this 'Persian blue' stone to Europe in the 13th century through the Silk Road. 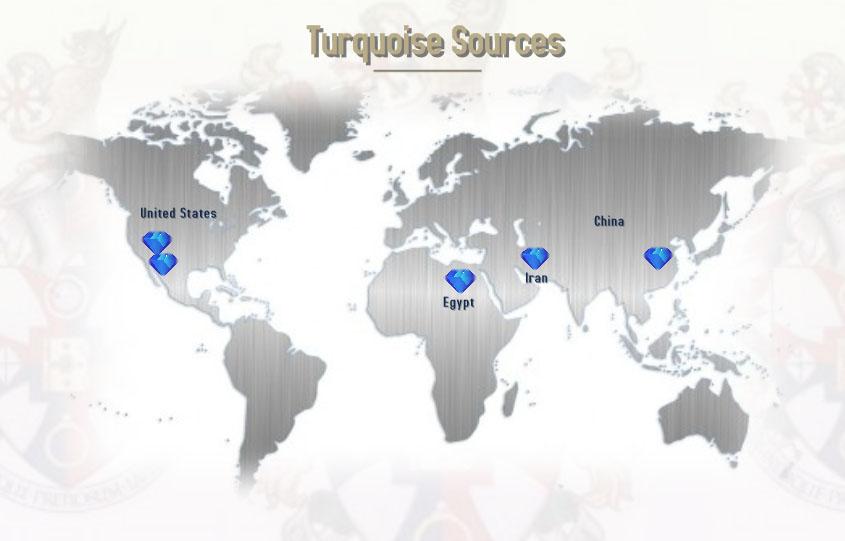 Map of localities where turquoise is found throughout the world.

Archaeological evidence shows that not only was this gemstone used to embellish ancient Egyptian ornaments but was also a primary carving material for Chinese artisans. For many Native Americans, turquoise held great ceremonial value in being an instrument of exchange between tribes.

As the national stone of Tibet, turquoise is enriched with ancient lore of being a symbol of good health, fortune and success. Often referred to as a token of protection, turquoise was commonly worn to ward off the presence of evil spirits, granting its wearer a sense of power.

The texture of turquoise is a direct result of its composition and structure. As an aggregate, polished turquoise with a smooth waxy lustre has a tightly-packed crystal structure, low porosity and a fine texture.

Read more: Getting to Grips with Multi-Tonal Gemstones

Turquoise gems displaying a dull lustre when polished have a coarser texture and increased porosity due to a less-dense internal crystal structure. This range in texture and porosity not only directly affects the overall appearance and lustre of this gemstone but also influences its durability.

Typically, turquoise is a fairly soft stone which made it a popular choice for talisman carving across ancient history. Throughout America, many carvers fashioned turquoise into amulets of Native American significance such as birds and animals.

With a hardness of 5 ½ - 6 on the Mohs scale and a fairly good toughness, turquoise is a suitable material for use of jewellery. However, the toughness of turquoise is significantly less in stones of a coarser texture.

This December birthstone is sensitive to direct sunlight and natural solvents such as perfume, oils and makeup products.

Read more: What Gemstones Are in the Beryl Family?

Due to its porosity, turquoise that is polished and faceted for commercial jewellery is often treated with paraffin compounds in order to increase its durability by oiling or waxing the surface of the stone. 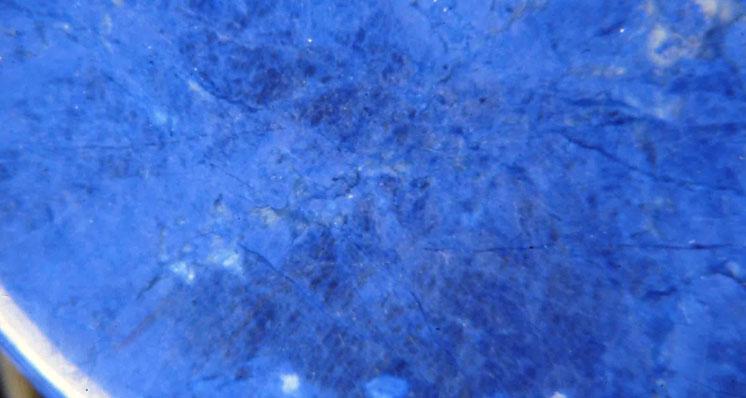 Interested in finding out more about gemmology? Sign-up to one of Gem-A's Short Courses or Workshops. If you’re ready to get started, learn more about the Gemmology Foundation course.

Cover image: Surface patterns and textures of different cabochons of turquoise. All photos courtesy of Pat Daly at Gem-A.