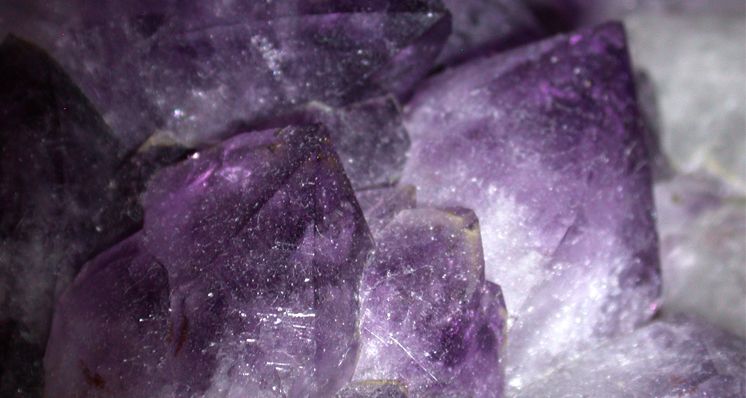 Amethyst has been worn for its lovely purple colour and mystical properties for thousands of years. From the Ancient Romans to the present day, Gem-A gemmology and diamond tutor, Julia Griffith FGA DGA EG, explores how this beautiful variety of quartz has stood the test of time.

As it is the February birthstone, amethyst has always been linked to love and romance. However, throughout history the gemstone has also been connected to luck, good fortune and general positivity. The anonymous poem below sums it up nicely!

Sincerity and peace of mind,

Freedom from passion and from care,

If they, the amethyst will wear.

Let her an amethyst but cherish well,

And strife and care can never her dwell.

Amethyst is the purple variety of quartz and out of all of the quartz gemstones ranks at the top for desirability and value.

Read more: Birthstone Guide - Amethyst for those Born in February

Amethysts are pale pinkish-violet to deep reddish-purple in hue and are most often found as faceted gems, cabochons or carvings. Many rough forms are also used within jewellery including single crystals, clusters or slices of crystal-lined cavities known as geodes.

The most prized amethysts are known as Russian or Siberian amethyst, named after the fine specimens found in these localities. These have a good clarity and rich purple colouration with flashes of red. 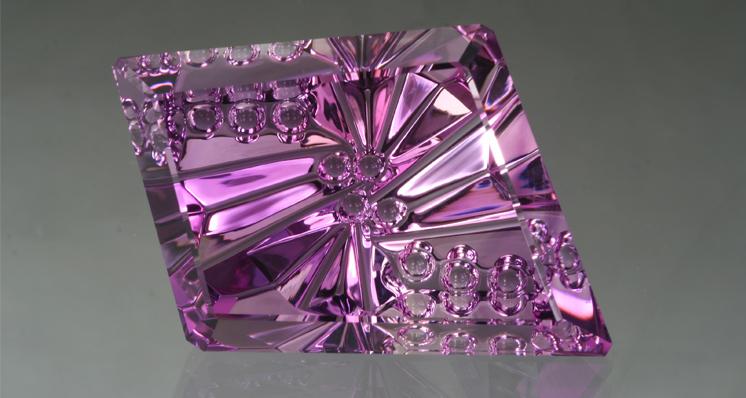 Historically, amethyst was kept as a talisman as it was believed to counteract the effects of alcohol. The word amethyst derives from the ancient Greek amethustos, which translates plainly to 'not drunk'.

This mystical belief in amethyst in keeping one sober extends back to 320 BC to the poet Asclepiades of Samos, likely inspired by the wine-like colours of this gem.

People believed that wearing an amethyst would save them from inebriation. The more affluent indulgers would sip from carved amethyst goblets or add powdered amethyst into their wine to keep their sobriety.

This mystical power was argued as false by Pliny the Elder in the first century AD, however the belief continued for the centuries that followed.

Read more: Incredible Jewellery from Elizabeth I to Elizabeth Taylor

Inspired by its association with wine, the French poet Remy Belleau created a myth in the 16th century explaining how amethyst came into existence.

The poem speaks of Bacchus, the Greek god of wine and beautiful maiden named Amethystos, who refused the advances of Bacchus and prayed to the Goddess Diana to keep her chaste. To protect her, Diana transformed Amethystos into white crystal quartz.

In frustration, Bacchus poured his wine over the crystals, dyeing them purple forevermore. 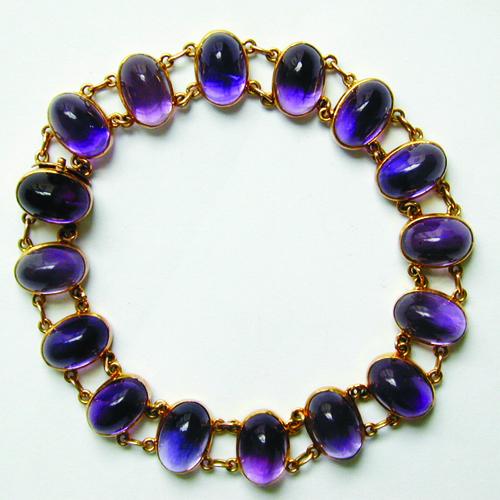 The belief that amethyst is one of the worlds more precious gems can be linked back to antiquity. Amethyst was one of the twelve gemstones mounted in the Priestly Breastplate, cited in the Book of Exodus.

It is from these 12 gemstones that the concept of birthstones developed. Christianity has used amethyst historically within the episcopal rings of bishops and other clergy to represent abstinence from alcohol.

The amethyst was considered a cardinal, or most precious gemstone, and was historically acknowledged in high regard alongside diamonds, rubies, emeralds and sapphires.

Cardinal gems held a value above all others due to their beauty and rarity. An abundant source of amethyst was found in Brazil in the eighteenth century and nowadays amethyst is widely accessible and ready to be enjoyed in all its regal beauty by gem and jewellery lovers worldwide. ■

Tagged under
More in this category: « The Most Underappreciated Gemstone? Why We Love Rock Crystal
Tweet