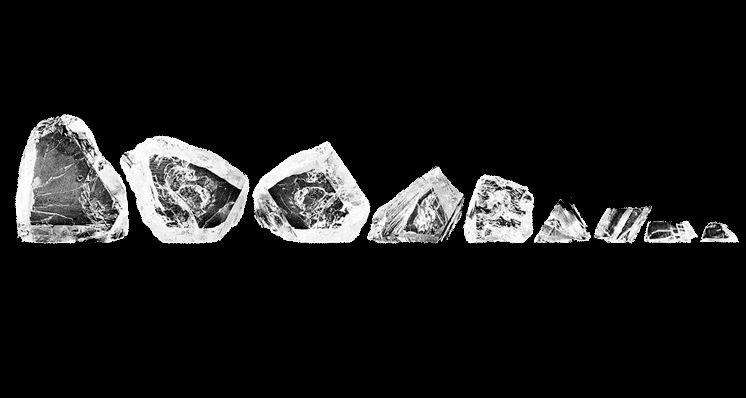 Andrew Fellows FGA DGA takes a look some of the myths and legends associated with one of the world’s most famous gem collections, the Crown Jewels of the United Kingdom.

Foundations were laid for the Tower of London - where the famous Crown Jewels are housed - as early as 1066 by William the Conqueror. Successive monarchs then added to and reinforced the Tower, until, by the late thirteenth century, the general layout seen today was established. The Crown Jewels, the only working collection in Europe, is comprised of over 141 objects, which have been stored securely within the Tower for hundreds of years. It is these that attract hordes of tourists each year.

However, whilst the collection is worth seeing simply for the sheer beauty of the pieces, it is also worth seeing to learn about the captivating stories and histories behind some of the gems.

The Imperial State Crown - possibly the most well-known individual piece of regalia in the collection - is worn by the monarch at the end of his or her coronation ceremony, and is also used for the State Opening of Parliament. The Crown is such an important piece that it even has its own coach for these important occasions - one that is every bit as ornate as the crown itself. Weighing in at an impressive 3.17 kg, it can only be worn for short periods.

One story says that when George IV was crowned in 1821, he developed a toothache that he blamed on the weight of the crown! The crown contains some of the most important jewels in the Royal Collection, many of which also have the most interesting stories attached to them.

One story that most gemmologists are familiar with is that of the Black Prince's Ruby. This is simultaneously one of the most beautiful and most sinister stones… and one which is also completely misnamed. Although referred to as ruby, this is actually a very large gem-quality red spinel, presented to Edward of Woodstock, a fourteenth century Prince of Wales, Duke of Cornwall, and Prince of Aquitaine, referred to more often as ‘The Black Prince’.

The gem, which sits in the cross pattée above the Cullinan II at the front of the crown, has a very dark and bloody history. It was first recorded in the fourteenth century as being owned by a Moorish Prince, Abu Said, who attempted to surrender to the conquering forces of Pedro the Cruel. Abu Said was ambushed under a flag of truce and executed with this large spinel being taken from his corpse.

This was just the start of the trail of blood, as Pedro himself broke several contracts, before presenting the stone to Prince Edward as a down payment for military assistance. The remainder of the payment was supposed to consist of treasure and jewels, but was never delivered, and eventually Pedro himself was ambushed and stabbed to death by his half-brother.

Read more: Last chance to see the record-breaking Foxfire Diamond at the Smithsonian

The stone was later worn in the battle helmet of Henry V when he went into the Battle of Agincourt in 1415, and allegedly saved his life when he received a blow to the head from an axe - one which destroyed the helmet, but didn't kill Henry. The 'ruby' was recovered from the shattered helmet and remained with Henry V until his death.

The same unfortunately cannot be said of Richard III, who also wore the 'ruby' in his battle helmet when he fought at the Battle of Bosworth Field in 1485. Presumably, Richard thought it would protect him and bring him luck, but sadly he was mistaken and died on the battlefield. This same ruby was later used in the crowns of Henry VI, Edward IV and Henry VIII (who wore it in a collar), before being sold by Charles I. It was returned to the monarchy for the crown of Charles II, and was subsequently used for the coronation of George IV.

Also in the Imperial State Crown is a sapphire, set in the cross on top of the Crown. Legend has it that this sapphire once resided in the coronation ring of Edward the Confessor, and that one evening he was passing through Westminster when he happened upon a beggar. Having already given away all the money he had on him, he gave the ring to the beggar and thought nothing further of it.

Read more: The history of diamonds in engagement rings

Years later two Englishmen were on a pilgrimage to the Holy Land and, in the middle of a violent storm, saw an old man approaching them. When the old man heard that the two men were English, and that Edward was still King, the old man offered them shelter for the night. When they departed the next morning, the old man revealed himself to be John the Evangelist, and told them that years ago King Edward had given him a ring, which he still had, and gave it to them to return to the King, with a message that he, John, would see the King in Paradise as a reward for his kindness in six months' time.

When the two men returned to England, they gave both the ring and the message to King Edward, who immediately prepared for his death. The King died six months later, to be buried with the ring on his finger. Stranger still is the fact that when the tomb was reopened in the twelfth century, the ring was found on a perfectly preserved corpse.

Whilst some of these stories are merely legend and may or may not be true, what is known as fact is that the Crown Jewels contain some of the best known and largest diamonds in the world, the most famous of which are probably the Koh-i-Noor and the Cullinan.

The Cullinan was found at the Premier Mine in South Africa, on the afternoon of 26 January 1905, by the mine superintendent, Captain Frederick Wells. Initially he doubted it was a diamond as it weighed 3106 ct and measured 3 7/8 × 2 1/4 × 2 5/8 inches, well over twice the size of any other diamond found to that date.

This was sold to the Transvaal government for £150,000, and two years later the still uncut diamond was presented to King Edward VII on his 66th birthday. Cutting of the stone was a job given to I. J. Asscher and Company, of Amsterdam, who had some experience of cutting large diamonds, although nothing on this scale or value. After three months of consideration, the Cullinan was ready to be cut.

In those days the only way to divide a diamond was by cleaving it - effectively 'hitting' the stone in precise directions to cause the diamond to part along weaker directions, but this had to be done carefully, in order to avoid shattering it. Careful cleaving resulted in nine major 'pieces', and 96 offcuts. Once the whole cutting process was completed, a total of 1063 ct remained.

The nine major stones, named Cullinan I to Cullinan IX, all reside in the Royal Collection. The majority are set in such a way as to be interchangeable into other pieces of jewellery. Cullinan I, also known as the Star of Africa, is in the Royal Sceptre, and weighs just over 503 ct, making it the largest colourless pearcut diamond in the world.

The Cullinan II (the 'Lesser Star of Africa'), is the largest cushioncut diamond in the world, weighing 317 ct, and is set into the front of the Imperial State Crown. It also has two platinum loops on its setting, so that it can be removed and worn alone, as a brooch or pendant, or with the Cullinan I accompanying it.

A second notable diamond exists in the Queen Mother's Crown, this being the Koh-i-Noor, which translates as 'Mountain of Light'. This impressive diamond currently weighs 105.6 ct, having been recut from its original 186 ct for Queen Victoria in 1852.

There is a legend that this stone will bring good luck to any woman who wears it, but a curse to any man! It is said that in 1739 Nadir Shah of Persia conquered the Mogul region, but could find no sign of this rare and fabled diamond, said to be held by the rulers, until one member of the royal court told him of the stone's location. Shah then threw a celebration, and offered to exchange turbans with the conquered leaders as a show of everlasting friendship, knowing that this was the hiding place of the Koh-i-Noor.

The diamond changed hands many times over the coming decades, until in 1850, the Koh-i-Noor finally found its way to England and to Queen Victoria, where it has remained ever since.

Whilst the Crown Jewels are a wonderful piece of English history, they are also shrouded in legend, and are more than just adornments. There are a multitude of stories and histories, all waiting for visitors to uncover. Whether you appreciate them from a gemmological or historical perspective, or simply want to see jewels that most of us will never afford, the Crown Jewels are the perfect way to spend a day in London. ■

Cover image the nine major uncut stones split from the rough Cullinan diamond in order of size (largest to smallest).

Tagged under
More in this category: « Whitby Jet: A Discussion of its Simulants An Interview with Dr Jeffrey Post of the Smithsonian Institution »
Tweet