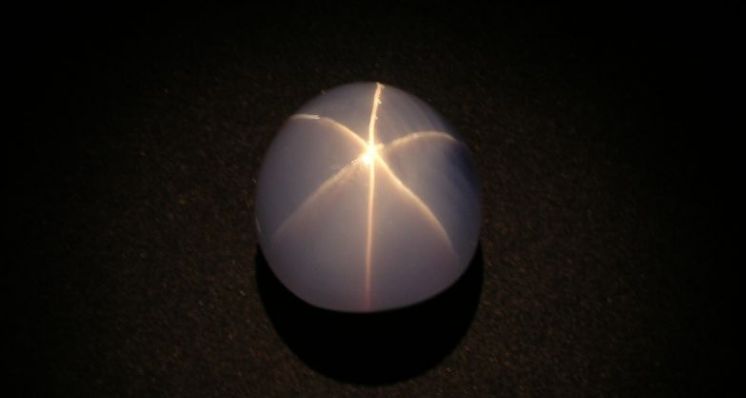 Look at any list of the top 10 most famous gemstones in the world and you will undoubtedly come across the Star of India. Here, we find out more about this incredible star sapphire and discover its fantastical history, which reads like the plot of a Hollywood movie.

Within the Hall of Gems at the American Museum of Natural History in New York is the famous Star of India. This star sapphire is one of the world’s most famous gemstones thanks to its incredible size, good blue colour and remarkable asterism, which is perfectly centred in the stone.

The History of the Star of India Sapphire

The grey-blue Star of India is believed to have been discovered some 300 years ago in Sri Lanka. The reason why it came to be named the ‘Star of India’ and not the ‘Star of Ceylon’ is not fully understood. Some sources suggest that, as Sri Lanka was under British colonial rule, the stone was likely acquired and its origin confused. Others argue the stone was sold in the European market and, as India was well-known for its exceptional sapphires, the gemstone was credited to the country mistakenly.

In the late 19th century, mineralogist George Kunz (1856-1932) was tasked by financier J.P Morgan (1837-1913) to amass a world-renowned collection of gemstones for an exhibition at the Paris Exposition of 1900. Morgan donated the gemstone, along with the rest of the collection he commissioned, to the American Museum of Natural History around 1902. Unfortunately, very little is known about the stone prior to it becoming part of this collection.

Inclusions and Asterism in the Star of India Sapphire

The Star of India has a milky grey-blue appearance caused by the presence of rutile inclusions. It is these needle-like rutile inclusions that, when orientated in several specific directions, result in ‘stars’ with four, six or 12 rays. The most common star sapphires and star rubies have six rays, just like the Star of India, and finding 12 rays is considered rare. This star effect is known as asterism. What makes the Star of India sapphire particularly impressive is that asterism can be seen on both the top and bottom side of the gemstone. 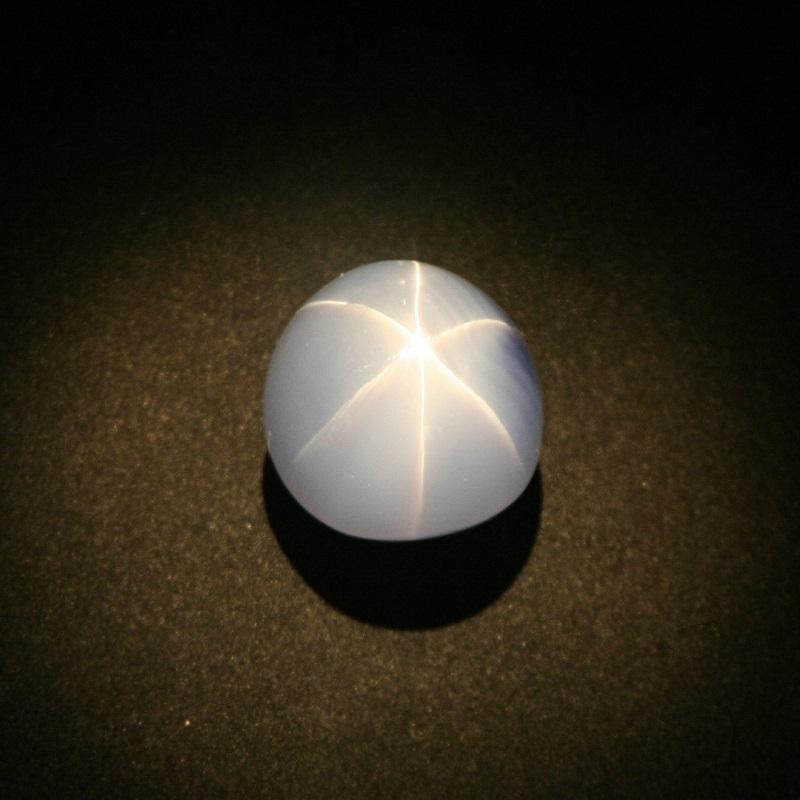 Typically, a fine star gemstone shows a distinct star shape, centred on the top of the stone and clearly visible. The quality or distinctness of the star should be the same when viewed from multiple directions and its rays should be uniform in length across the full width of the stone. The intersection point of the rays should be centred in the stone.

Experts look for clean, straight lines that stand-out from the body colour of the corundum and a clear sense of ‘movement’ whereby the star ‘floats’ across the surface of the stone without disappearing from view.

In October 1964, the Star of India was famously stolen from the American Museum of Natural History, along with more than 20 other precious gemstones and diamonds. The story goes that thieves entered the museum during the day, opened a toilet window, and then climbed through that open window later that night. The Star of India was protected by its own alarm, but the alarm was either not working or deactivated during the robbery. They gathered 22 stones and escaped through the same window.

Fortunately, within two days the perpetrators were arrested. One of the three men later led police to a bus locker in Miami, where the Star of India and some of the other stolen stones were being stored. While the majority of the stolen gemstones were recovered, some specimens, including a famous diamond, were never found.

Boost your passion for incredible gemstones with Gem-A Short Courses and Workshops.

Find out more about some of the world’s most significant diamonds for gemmologists, here.

More in this category: « Understanding Tanzanite Buying Guide: Which Gemstones are in the Beryl Family? »
Tweet