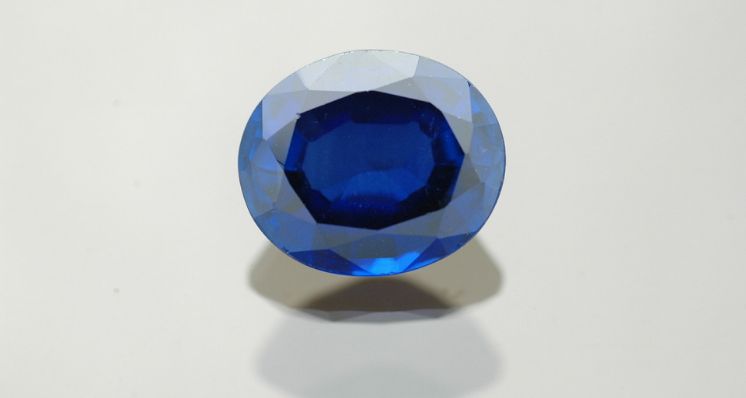 What makes Kashmir sapphires so special? What about the padparadscha? What role do treatments play in value? Here, Gem-A tutor, Beth West FGA DGA EG offers a beginner’s guide to sapphire value.

Sapphire is a variety of the mineral corundum – a fairly abundant material composed of aluminium oxide. Corundum is hard, tough and stable. In fact, it is commonly used as an abrasive, think sandpaper or emery boards.

So why does it command such prices when it is placed in jewellery? When the corundum crystal grows in the earth, it may let in chemical impurities. These impurities have the potential to change the crystal’s colour. If it contains chromium, it can appear red. Red corundum is ruby. If it contains iron and titanium, it can appear blue - the sapphire.

If the environment in which the crystal started growing in the earth remains stable, it has the potential to develop into a large, clean and vibrant gem. These crystals are very rare and rarity adds value. A big blue sapphire is a very valuable gem indeed.

What factors determine the value of a coloured gemstone?

Unlike the standardised grading of a diamond, where the value of the stone is determined by its colour, clarity, cut and carat (the money siding on the whiter, the cleaner, the bigger and most balanced) the grading of a coloured gem is 50% in its colour. Colour is considered in terms of hue (the spectral colour), tone (the lightness or darkness of the hue) and saturation (how vivid or intense the hue is). The most valuable sapphires are those that possess a vivid blue hue and medium/medium-dark tone. 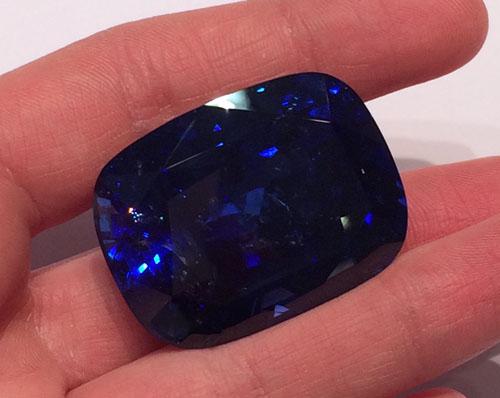 A 100 carat sapphie from the Bemainty Mines in Madagascar. Photo courtesy of Rosey Perkins GG.

If the colour of the stone is supported by a lack of inclusions, good transparency, and even distribution of colour, as well as optimised by a well-executed cut, the value increases… and obviously, the bigger the better.

How do treatments affect the value of a sapphire?

Over 90% of all sapphires are treated to enhance their colour. The method of heating sapphires to intensify the blue has been practised on a commercial scale since the 1970s, when Thai dealers began to heat in bulk the low grade Sri Lankan geuda (milky translucent corundum), which turned this lesser material into a deep blue.

The colours produced by this treatment can match that of the finest quality untreated stones. Disclosure is essential, as an untreated stone is more valuable stone because it is far rarer. 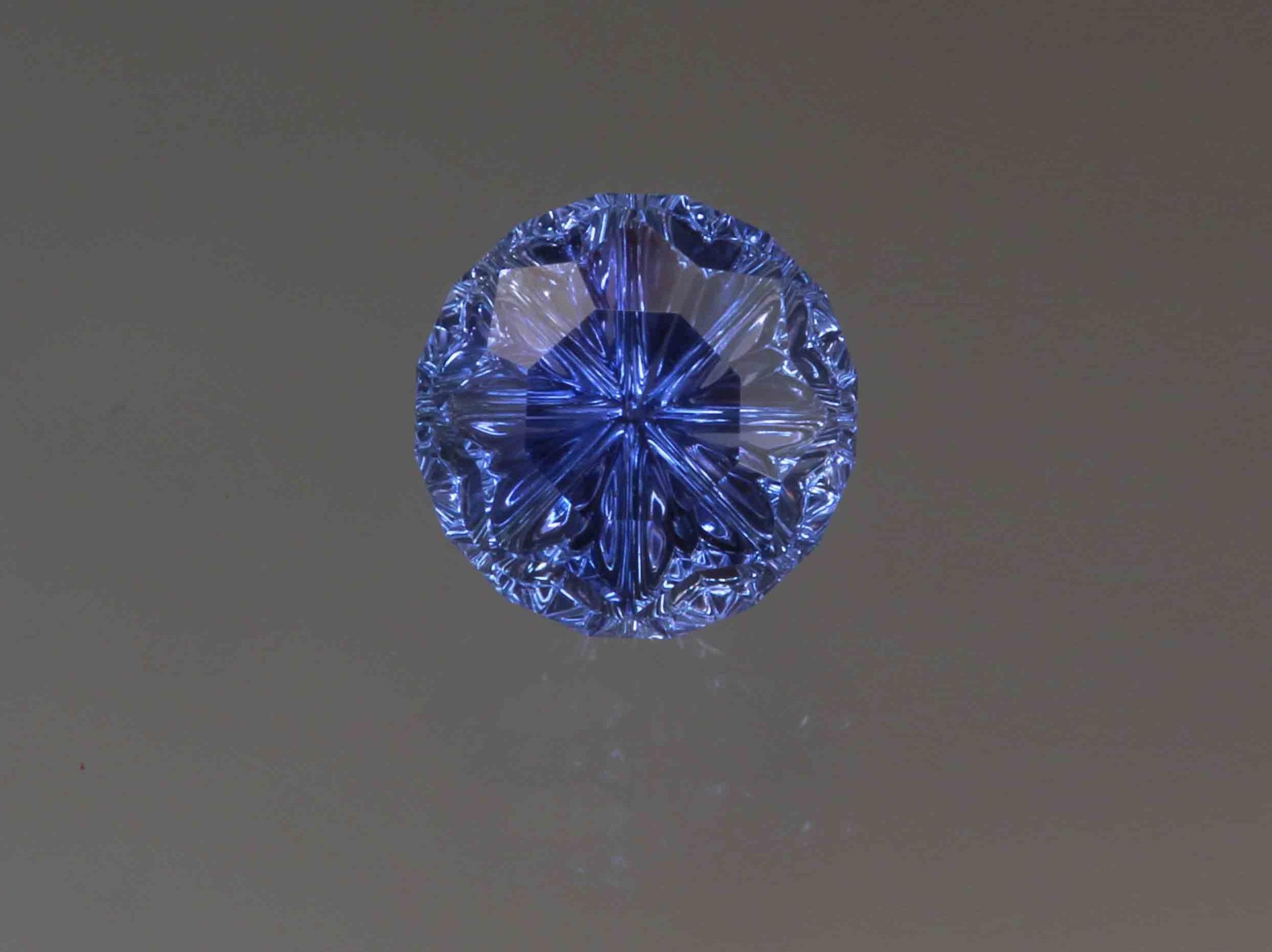 An 1.51 carat unheated Tanzanian sapphire with a Starbrite cut by John Dyer.

What about unusual corundum colours?

The word sapphire comes from the Greek sappheiros, meaning blue stone, but corundum can come in every colour, depending on the impurities in the material. So, if ruby is red, and sapphire is blue, what about the orange, yellow, green, and violet corundum, as well as all the other shades in between? Material in these colours is referred to as fancy coloured sapphire.

What about Padparadscha sapphires?

The rarest and most valuable of these sapphires is the padparadscha coloured stone. Padparadscha derives from the Sanskrit/Sinhalese padmaraga meaning ‘lotus coloured’. This coloured stone was originally found in Sri Lanka, and was considered a variety of ruby.

The term has since been overwritten by Western interpretation and is defined as a sapphire of a particular pinkish orange hue, often compared to the colour of a tropical sunset. Padparadscha sapphires can be found in Vietnam, Madagascar, and Tanzania as well as Sri Lanka.

What are Kashmir sapphires?

Until the late 19th century, the major source of gem quality sapphire was Sri Lanka (Ceylon) described by Marco Polo as "the jewel box of the Indian Ocean". But in around 1880, in the snowy heights of the Himalayas, in the Padar region of Kashmir, India, the land gave way, revealing sapphires.

The Kashmir deposit became celebrated for its exceptional peacock blue gems, beguiling with their velvety sheen, caused by the scattering of light off fine rutile dust within the stones.

The majority of the sapphires were obtained by the Maharaja of Kashmir and placed in the State Treasury, but those that did find their way out of the country were coveted by the wealthy, and set into mounts created by the best jewellery houses. By 1887, most of finest stones had been unearthed. A second deposit was found in 1907 and worked for around 30 years, but the size and quality of these stones was inferior to the material in the original mine.

Birthstone Guide: Sapphires for those Born in September

Therefore, the iconic Kashmir sapphire can only truly be associated with that pocket of stones found in the first deposit between 1880 and 1887. As most were whisked into private collections, they are scarcely seen seeking new owners. But when they do, these gems can achieve extraordinary prices. The world record for a Kashmir provenance was set with the sale of the Richelieu Blue sapphires - a pair of earrings, mounted with a 26.66 and a 20.88 carat sapphire. The pair achieved 8,358,520 USD at Sotheby’s in Geneva, November 2013. 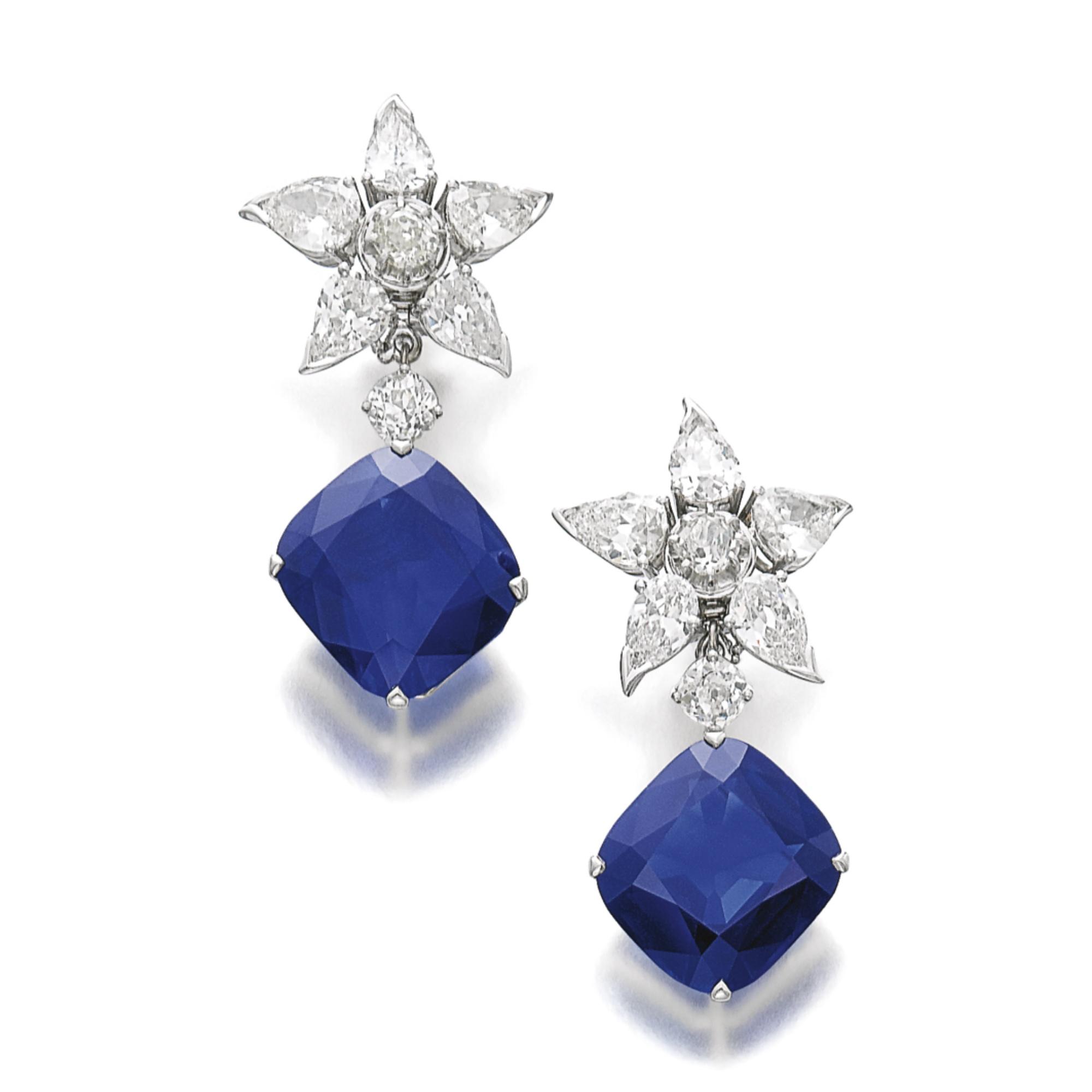 The Richelieu Sapphires, a pair of rare and magnificent sapphire and diamond earrings. Image courtesy of Sotheby's.

The value of the original Kashmir sapphires lies not only in their rarity and quality, but in their history and the artistic interpretation of the jewellery houses. The Kashmir mine is not worked today, due to the remote location of the mine, and political unrest in the area.

Where are sapphires mined today?

Today, sapphires are found in many countries around the world, but the major sources are Sri Lanka (Ceylon), Myanmar (Burma), Madagascar, Thailand, Cambodia, Tanzania, Montana, USA, and Australia.

Read more: The Lifecycle of a Sapphire Rush

Although historically, Kashmir, Sri Lanka and Burma were equated with sapphires of higher calibre and still command a premium, with so many more producing countries, the playing field has levelled. Equally, the gemstones produced by each of these countries ranges in quality from deposit to deposit. The value of a sapphire must be judged by its individual merit, and not its origin.