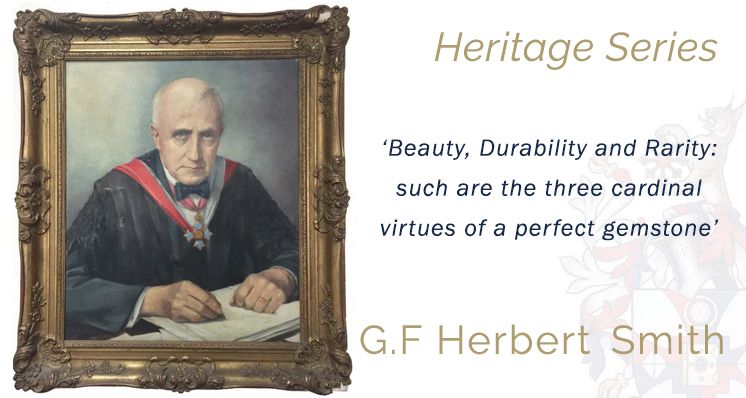 Dr Herbert Smith was Gem-A President from 1942 until 1953. He was integral in the development of gemmology for the jewellery trade and had an extensive list of accomplishments throughout his career and tenure as president:
- He developed the Herbert Smith refractometer which, as Noel Heaton noted, improved the instrument beyond recognition and provided the industry with a means to determine the refractive index of a gemstone in a matter of seconds (without even needing to remove it from a setting). 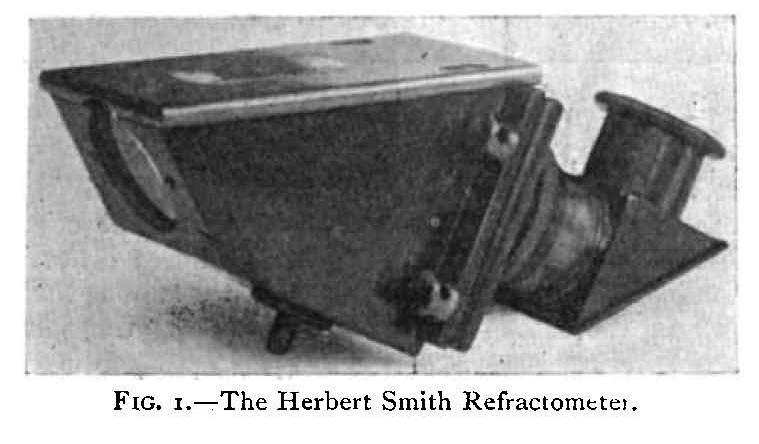 - He not only discovered a new mineral (paratacamite), but also has one named after him (Herbertsmithite).

- His seminal work Gem-Stones 1912 is well known to students and jewellers alike, as the first text book on gemmology with full instructions on how to use specialist equipment.

- Maybe you are are Gem-A student or graduate who has studied in the Herbert Smith room here at Gem-A HQ in London.

- You may have even bought a postcard featuring collections from the British Museum – this idea was born from Herbert Smith and is a tradition that continues today.

Through this work he invented the three-circle goniometer and designed an updated refractometer which, in doing so, ‘put in the hands of jewellers an instrument that all could use effectively with very little difficulty’ (W. Campbell-Smith). 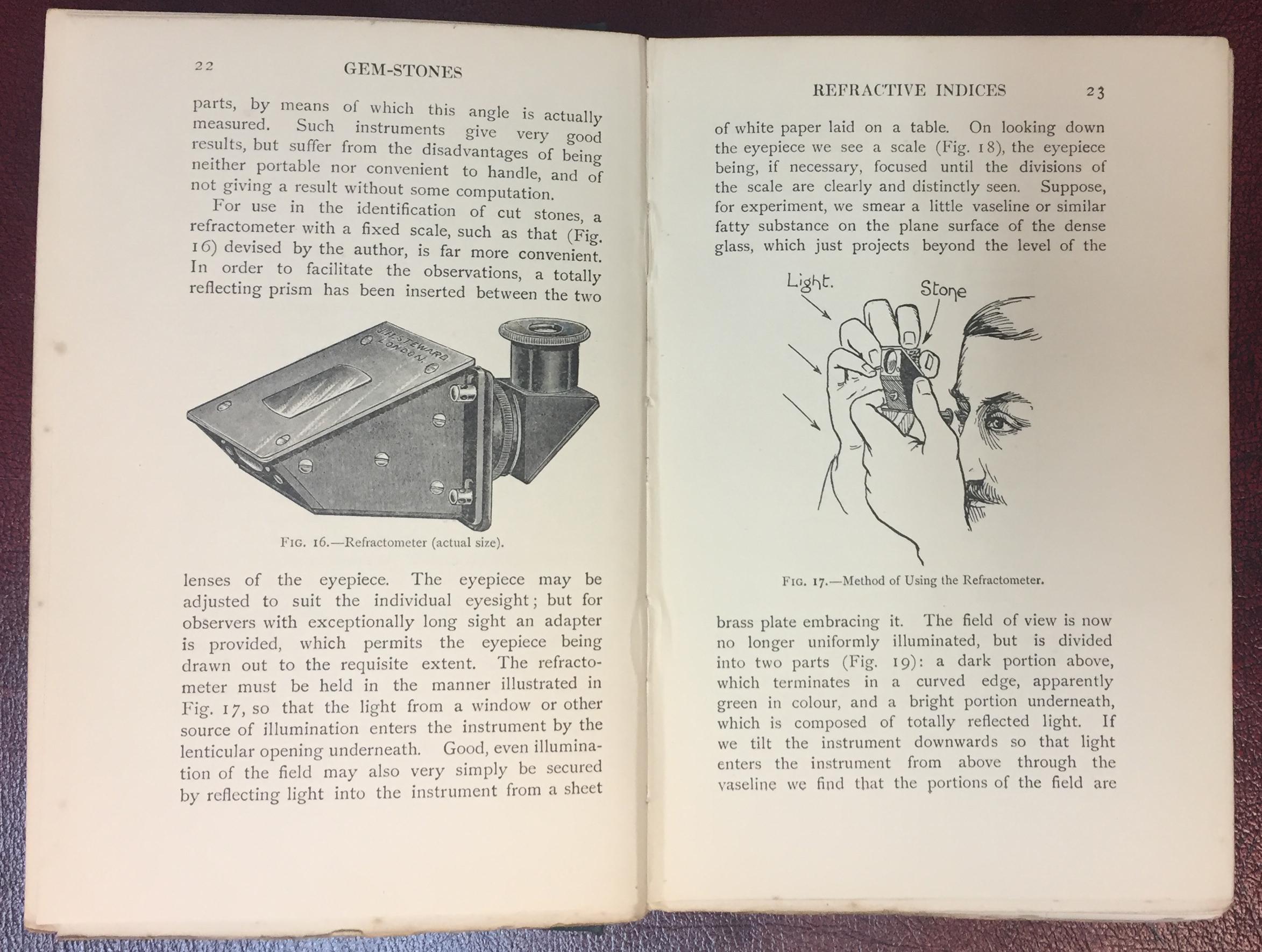 Demonstration of the Herbert Smith Refractometer in the 1912 'Gem-Stones'

In 1912 Herbert Smith published the pioneering work Gem-Stones, which was the first systematic approach to gemmology, and importantly, accessible gemmology. As he noted in his preface:

‘If this book be found by those engaged in the jewellery trade
helpful in their everyday work, and if it wakens in readers generally
an appreciation of the variety of gems, and an interest in the wonderful
qualities of crystallised substances, I shall be more than satisfied’
(Gem-Stones 1912: viii)

Legacy at Gem-A
Maintaining this purpose, when the National Association of Goldsmiths enacted Barnett’s 1908 proposal for gemmological examinations, it was Herbert Smith who set and marked the first Gemmology Diploma, he remained at the core of the educational committee that became the Gemmological Association in 1931. 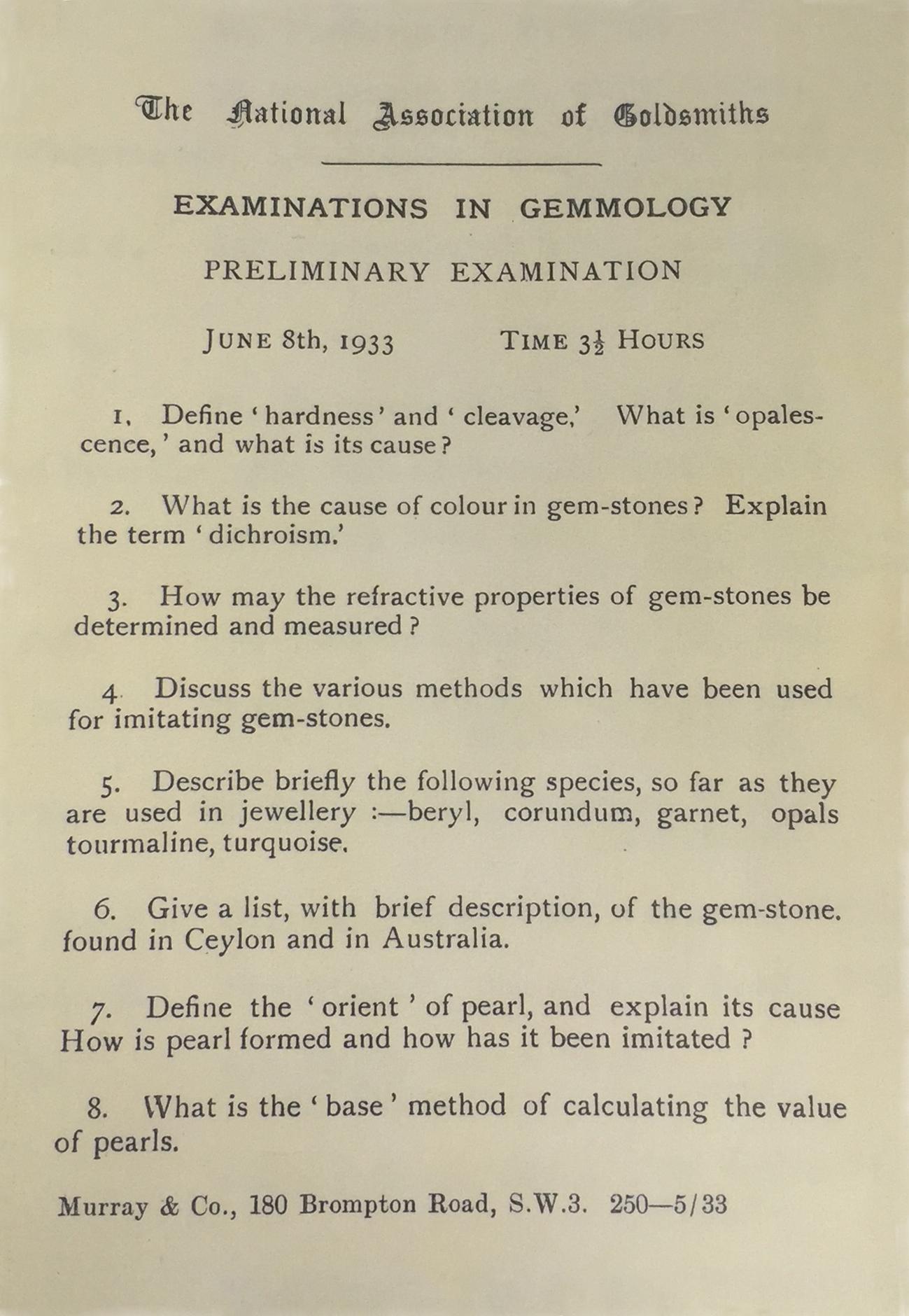 The Gemmology Diploma examination from 1933, marked by Herbert Smith

To this day Gem-Stones is a gemmological treasure and its multiple editions have involved contributions from some of the other stalwarts throughout Gem-A history including: R.Webster, B.W Anderson, G.F Andrews and G.F. Clarringbull. 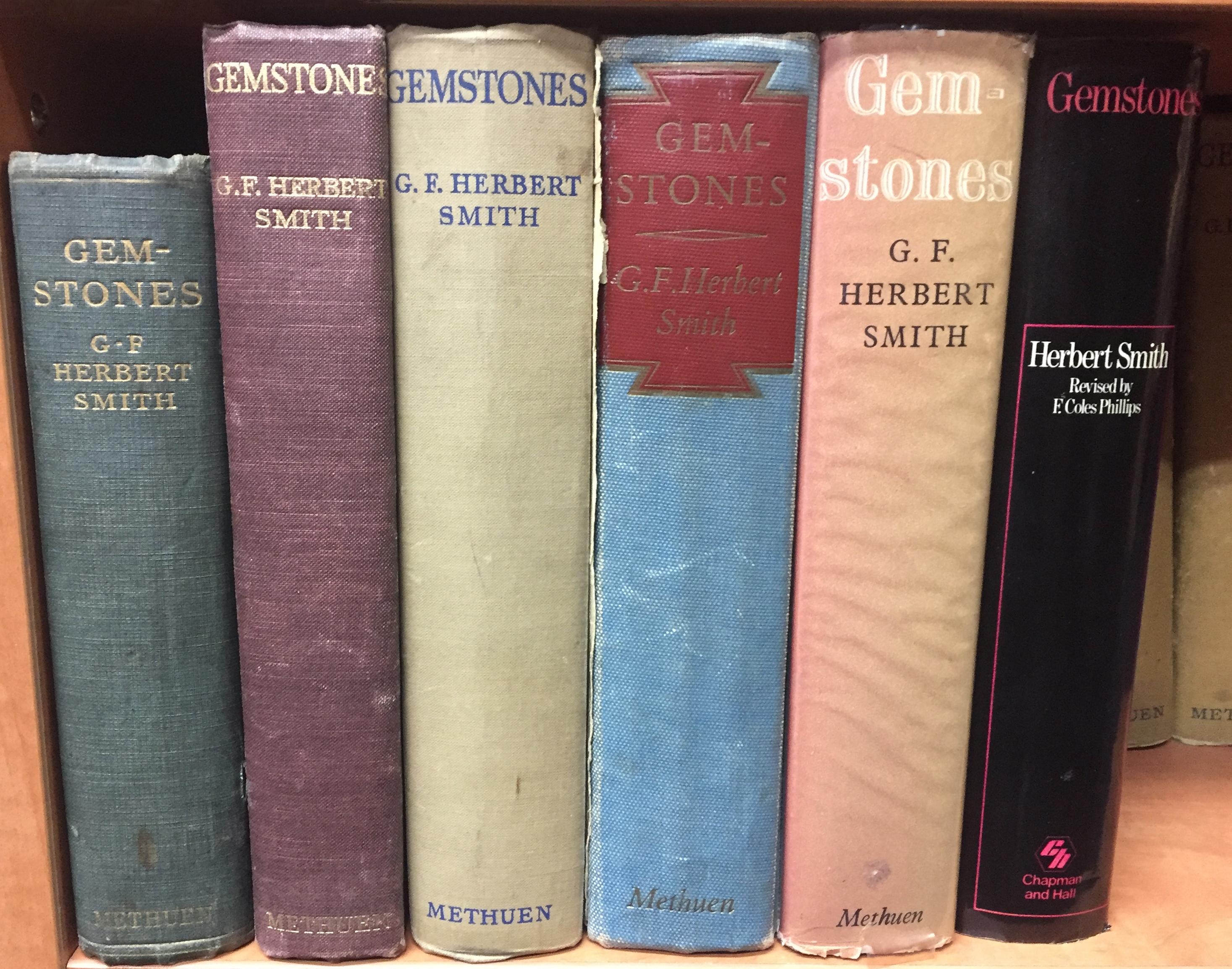 Herbert Smith went on to become Gem-A president in 1942, succeeding the Nobel Prize Winning crystallographer Sir William Bragg, and remained so until his death in 1953.

During this time he was also – like many of Gem-A's previous Presidents – Keeper of the Minerals at the British Museum (NH), and he spent much of his professional life in service to the Museum. He championed inclusivity and outreach through his work with Gem-A, the Civil Service Arts Council, the Society for the Promotion of Natural Reserves, and the Wild Plant Conservation Board. He was also a part of the British delegation to the International Conference for the Protection of Nature at Bruunen in 1947. 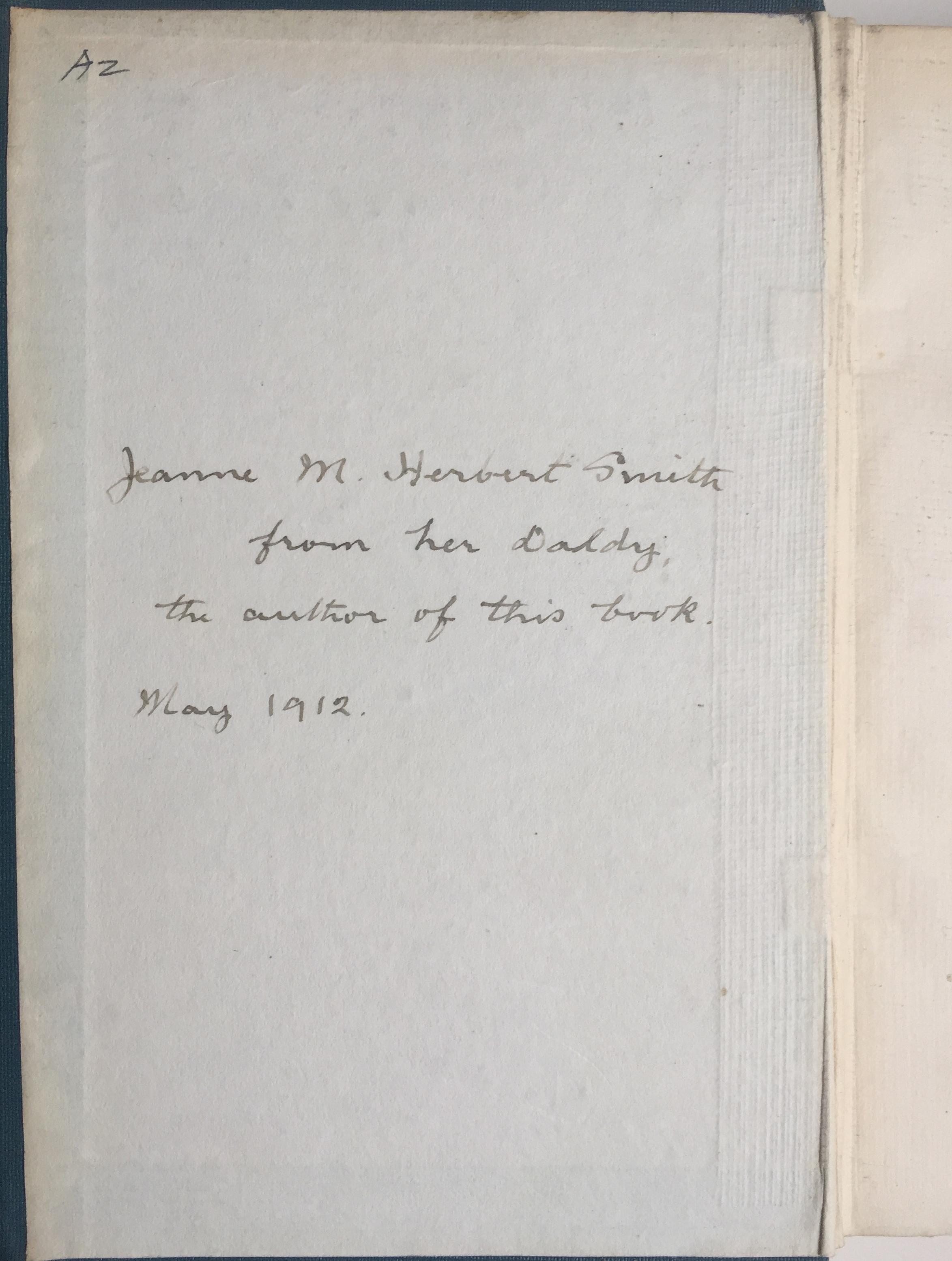 It is fair to say that without Herbert Smith, Gem-A and gemmology as we know it today would not have been possible. He was a pioneer of gemmology for the jewellery industry, a Gem-A examiner from 1913 to 1951 and he cultivated knowledge throughout his life and shared it with others.