It all started with an idea...

Manchester, England, 1908
110 years ago today, on July 6 1908, Samuel Barnett a jeweller from Peterborough, stood up at a gathering of the National Association of Goldsmiths to propose an idea: to offer lessons and examinations in gemmology to support the jewellers’ industry.

The UK’s leading goldsmiths and jewellers supported the idea and created an official committee to advocate gemmological education. In that moment, Barnett established the UK as the world’s first provider of gemmological education, and became the father of what would one day become Gem-A. As another Gem-A founding father, Basil Anderson, noted many years later, Barnett’s proposal "marked the beginning of organised gemmology, not only in this country, but in the whole world". 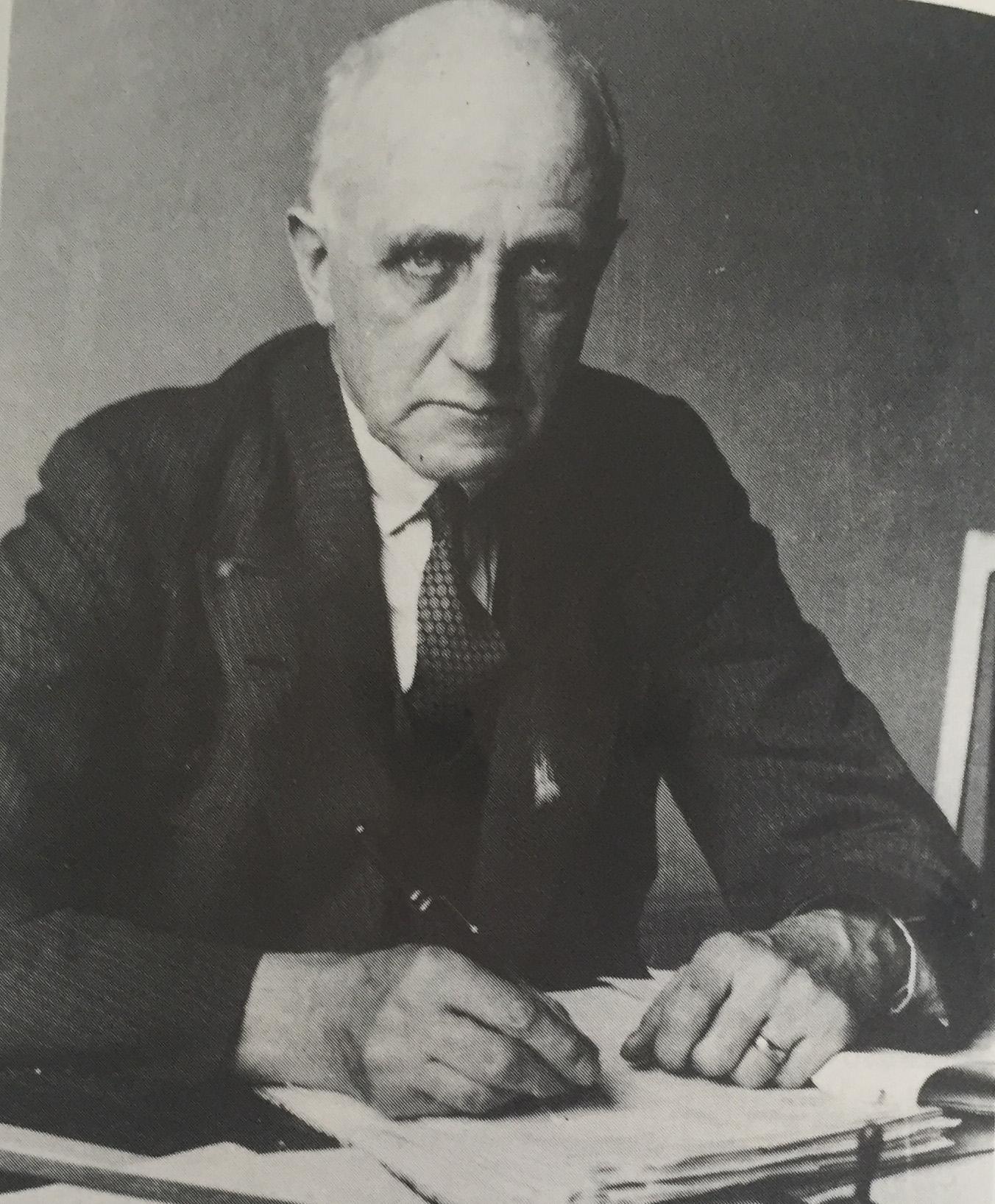 This was an exciting time of innovation in the gemmological world. The years building up to Barnett’s proposal had already seen the arrival of the Steward Refractometer in 1905, followed by the Goniometer and Spectroscope in 1907. Renowned mineralogist Dr G.F Herbert Smith was also developing his ground-breaking book Gemstones, released in 1912, offering the first textbook on gemstones with full instructions on how to use specialist equipment. While the gems and jewellery industry was an ancient trade, this equipment enabled jewellers to now look inside their stones, and these years mark the first advances in practical gemmology. 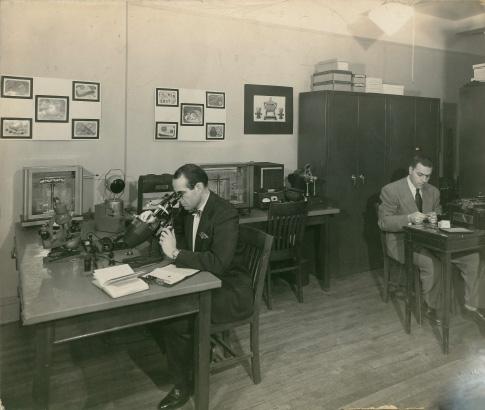 London, 1913
Within five years of Samuel Barnett’s proposal the first gemmological examinations were held, set and marked by Herbert Smith, with Barnett himself receiving the first ever Diploma in Gemmology. 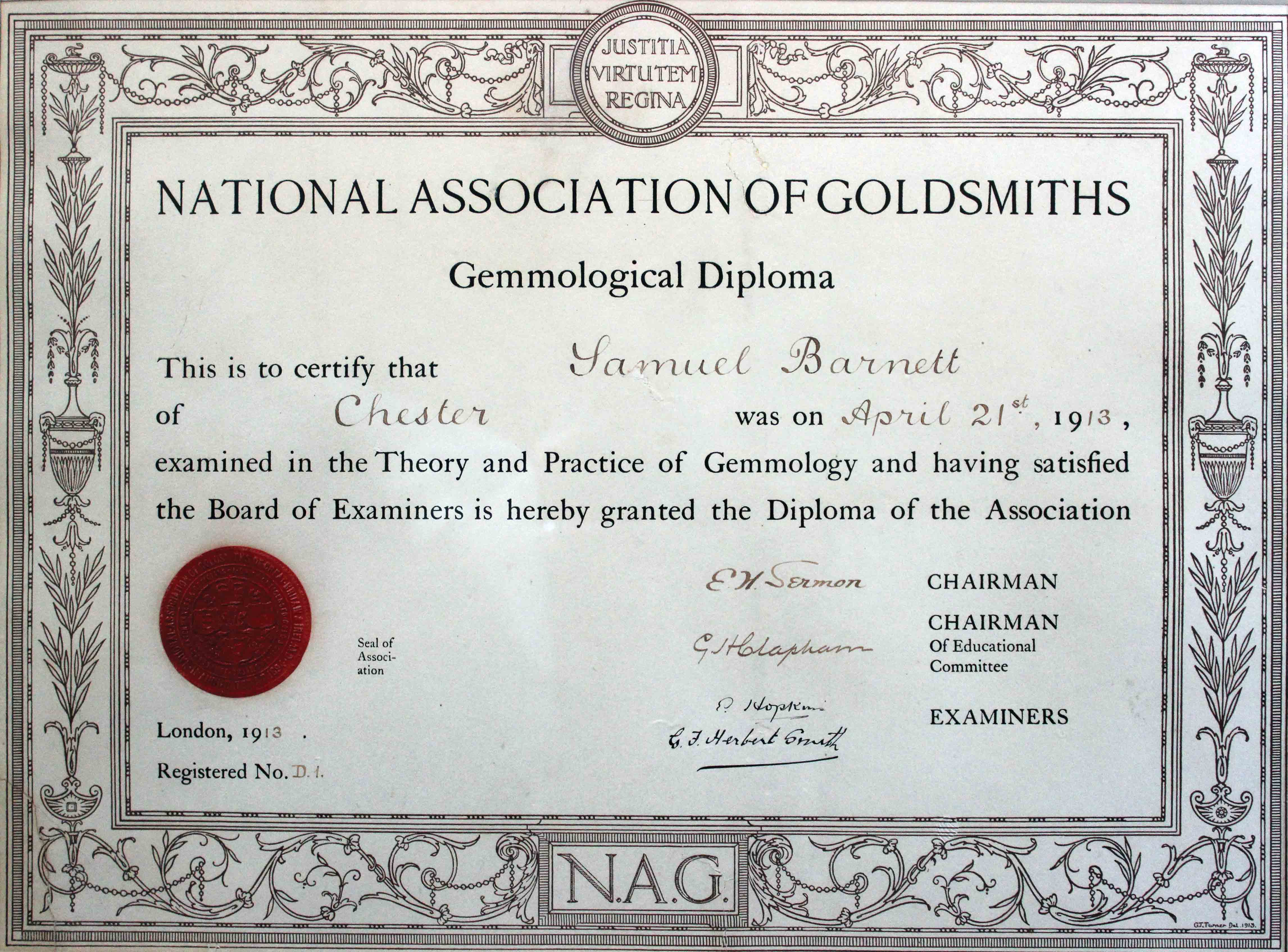 Since 1913, gemmology has gone from strength to strength, with the continued ethos of serving the industry through championing access to gemmological education.

In 1938 we officially became the Gemmological Association of Great Britain, and over the last century we have seen a prestigious line of Gem-A presidents, including internationally renowned gemmologists, inventors and even Nobel Prize winners. Over the next coming months our 'Heritage Series' will showcase these Gem-A Greats and their contributions to the advancement of gemmology and the wider scientific community. 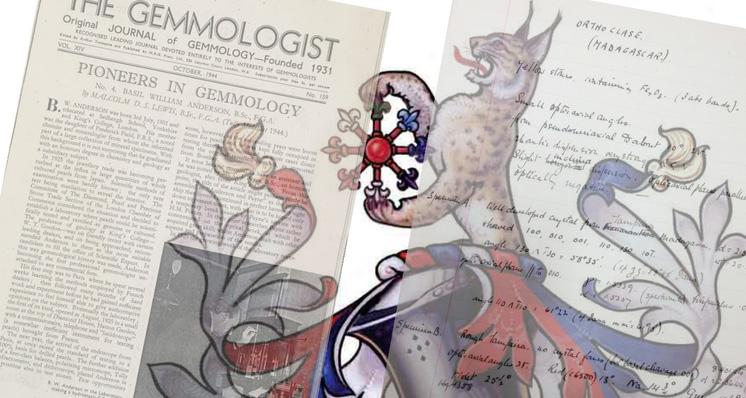 From an idea in 1908, today Gem-A’s Gemmology and Diamond Diplomas are taught in 40 Accredited Teaching Centres across the world and our FGA and DGA members are internationally recognised by the industry.

Between now and the Gem-A Conference in November we will be celebrating the last 110 years of gemmology and our proud history of being the world’s first provider of gemmological education. So keep an eye out for the latest 'Heritage Series', where we will explore our illustrious founders, including Herbert Smith, Basil Anderson, and Sir Lawrence Bragg. 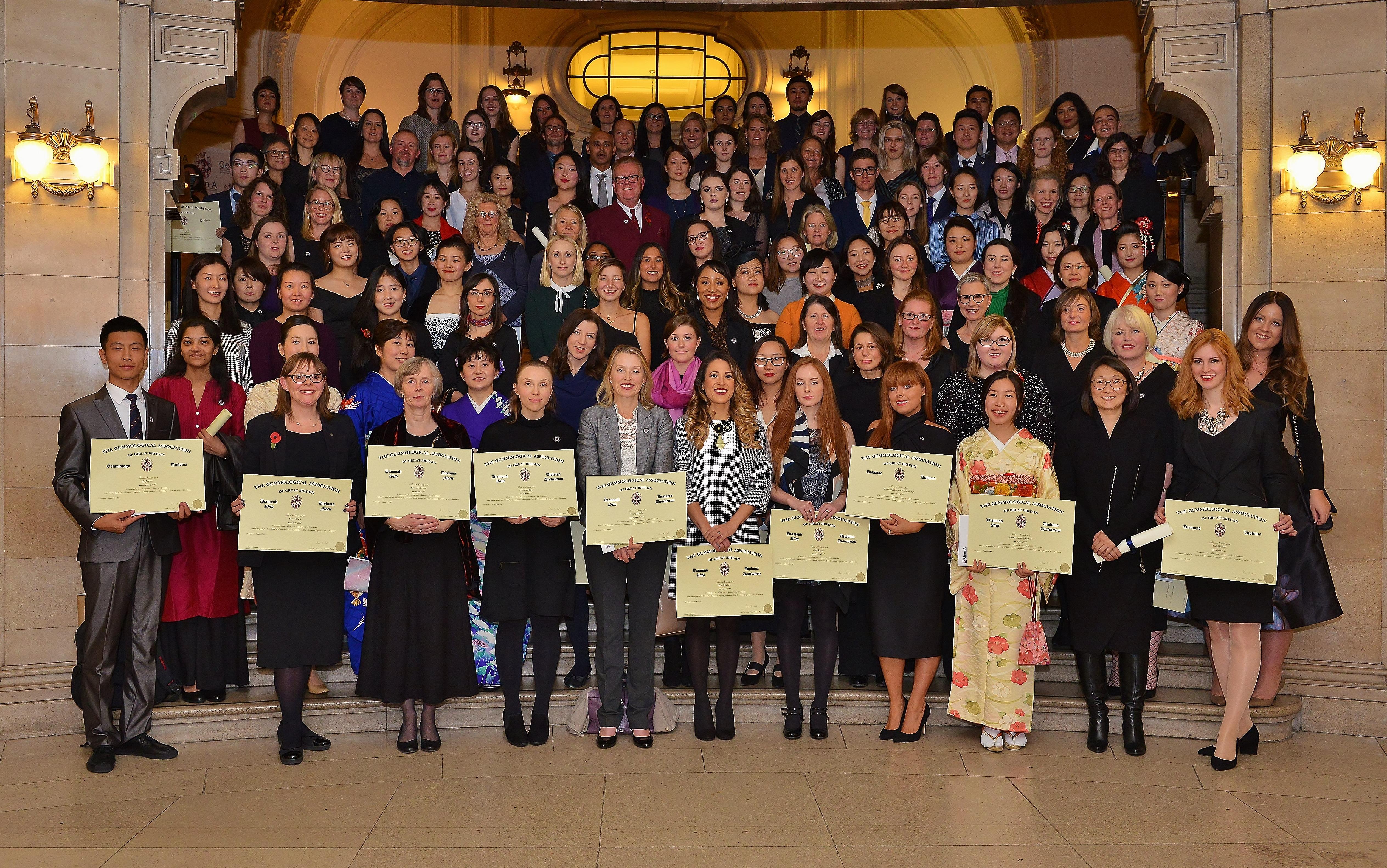 If you are a Gem-A Member or Student you will receive an email with an access link, if you haven't received it please contact membership@gem-a.com.

Tagged under
More in this category: « Sir Henry A. Miers - Gem-A's First President Highlights of Gem-A Conference 2019 »
Tweet
Become a Gem-A Member
Apply to become a Gem-A Member
Subscribe to our Newsletter
Keep updated with Gem-A
Sign Up
Get in Touch
Can't find what you're looking for?
Contact Us