'Curiouser and Curiouser', said the Gemmologist

On July 6, Gem-A celebrated the anniversary of 'organised gemmology education', the idea proposed by Peterborough jeweller and one of Gem-A's founding fathers, Samuel Barnett. For the second instalment of our Heritage Series we turn to Gem-A's very first president, Sir Henry A. Miers F.R.S, the eminent mineralogist and crystallographer who became Gem-A president in 1932.

In his lectures for the Royal Society in 1896 on ‘Precious Stones’, Henry Miers aimed to highlight the importance of considering, not just the history or artistic interest of gemstones, but some of their more curious properties.

By examining their refractive index and specific gravity, Miers demonstrated how instruments such as the goniometer, refractometer, dichroscope, and polariscope helped to determine the identity of gemstones beyond opinion to scientific proof: ‘the methods are those of physical science – and they are accurate’ (Miers 1896, Scientific American, 17309)

Observing the number of serious mistakes made in the jewellery trade in the 1890s, Miers despaired that ‘the jeweller’s trade stands almost alone…in ignoring the aid of physical science’ and in these lectures, published in Scientific American, he championed the ‘absolute necessity of accurate scientific knowledge’ to identify gemstones (and their imitations). 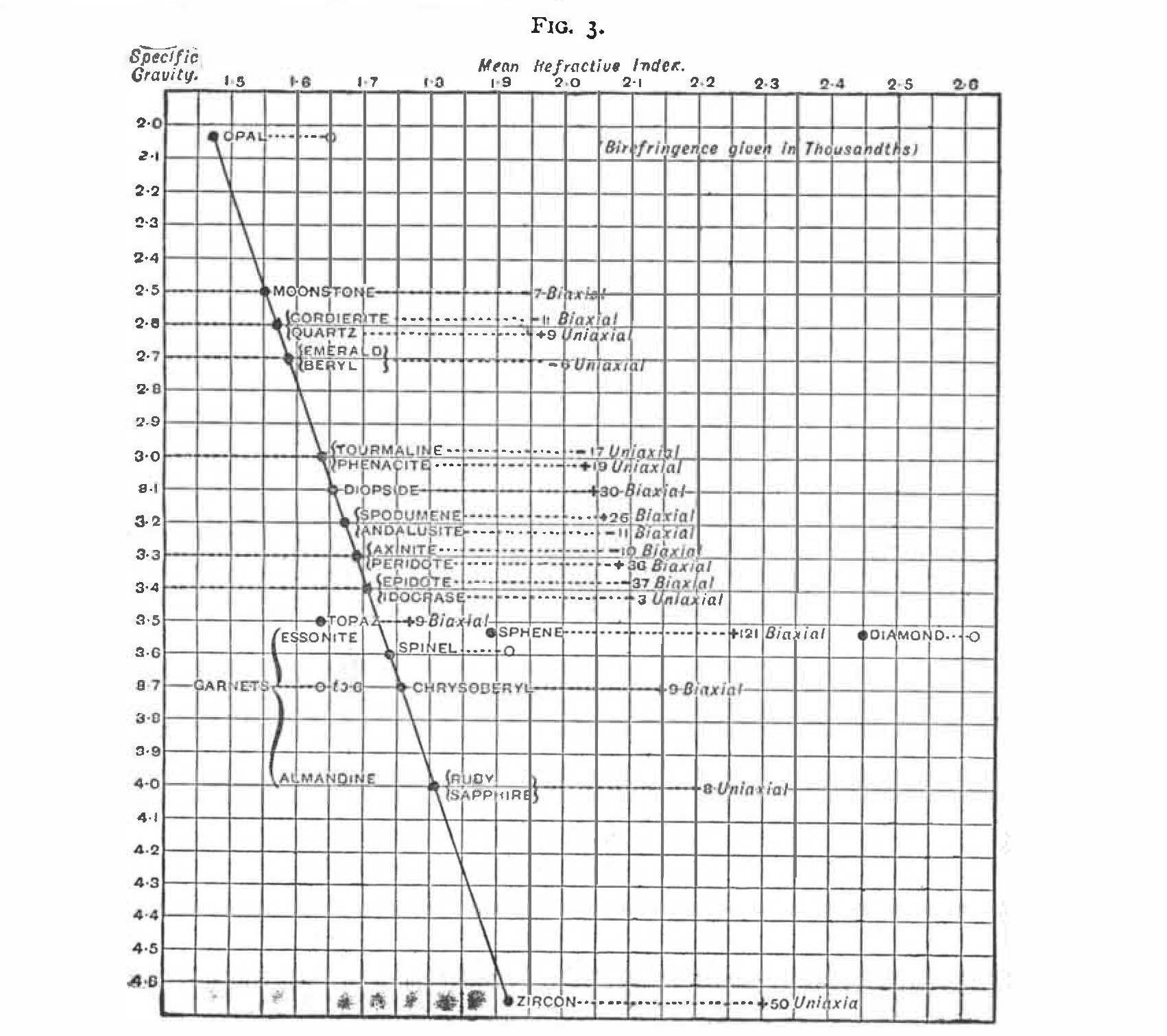 In just over a decade’s time in Manchester July 1908, Samuel Barnett would propose the establishment of organised gemmological education to the National Association of Goldsmiths, and Miers’ call for applied gemmology in the jewellery industry would become a reality.

For Miers, those fortunate enough to delve into the world of gemmological science were intrepid explorers, and in their ‘attempt to explain all these curious properties, will find themselves in a most fascinating field of discovery and speculation.’ (Miers 1896, Scientific American, 17309)

It was a world that Miers remained in for his entire life.
A King’s Scholar of Eton College, the young Henry went to Trinity College, Oxford, on a classics scholarship, before transferring to mathematics. From Oxford, Miers joined the Mineral Department of the British Museum (Natural History) under Lazarus Fletcher in 1882 and – like many of his Gem-A successors – went on to become Keeper of the Minerals.

At the British Museum, Miers arranged the mineral gallery and the crystallography catalogue, while also lecturing in crystallography at Central College, South Kensington, and publishing his research on precious stones and the morphology of various minerals. 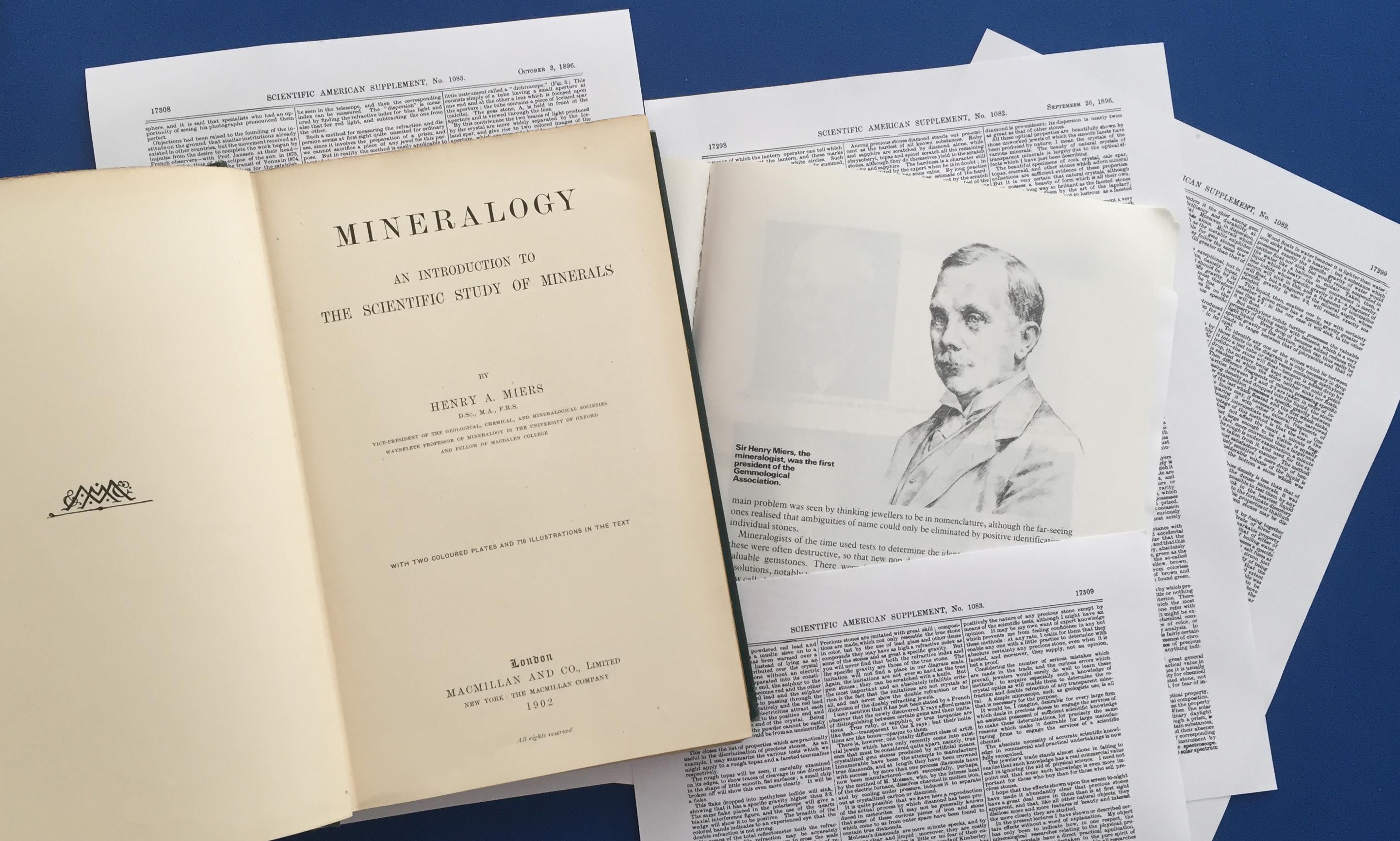 Remaining in the fascinating field of discovery that is gemmology, Miers was offered the Chair of Mineralogy in 1895 at Magdalen College, and on his return to Oxford he improved their laboratory and the University’s mineral exhibition. Miers was also made a fellow of the Royal Society in 1896 and in 1902 published his seminal work Mineralogy: an introduction to the scientific study of minerals, before becoming president of the Mineralogical Society for 1904/5.

In 1912 he was knighted, and in 1915 became the Vice-Chancellor and Professor of Crystallography at Manchester, which under Ernest Rutherford became a hub for nuclear physics and crystallography, attracting the likes of the Nobel Prize Winner Sir Lawrence Bragg - who likewise would go on to become Gem-A president! 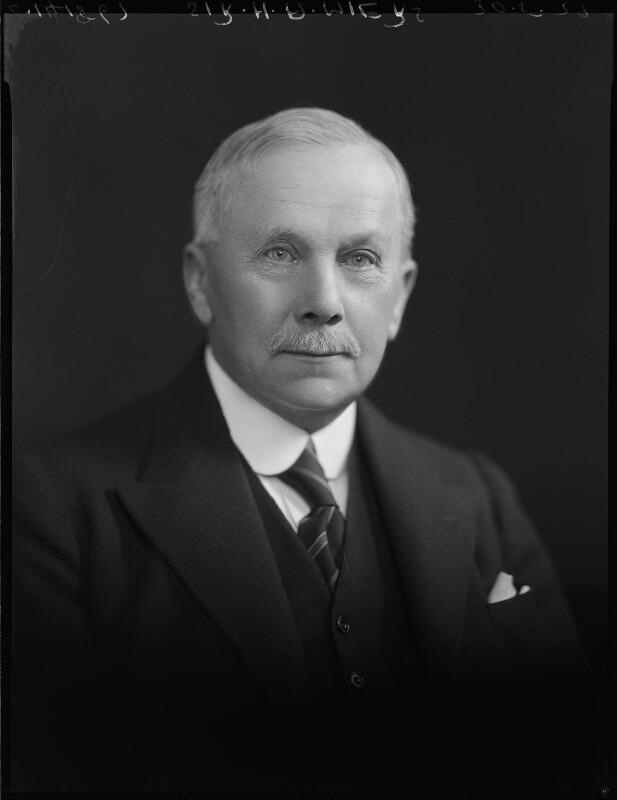 In 1926, Miers returned to London and became a trustee of the British Museum. He was appointed to the Royal Commission for National Museums and Galleries, a role that took him around the UK and the world: the Carnegie UK trust invited him to report on museums across Britain, and then for the Carnegie Corporation in New York. He went on to Canada and British Africa in 1932. It was at this time that Sir Henry was approached to become the first president of the (then) Gemmological Association, a post he held until 1937. 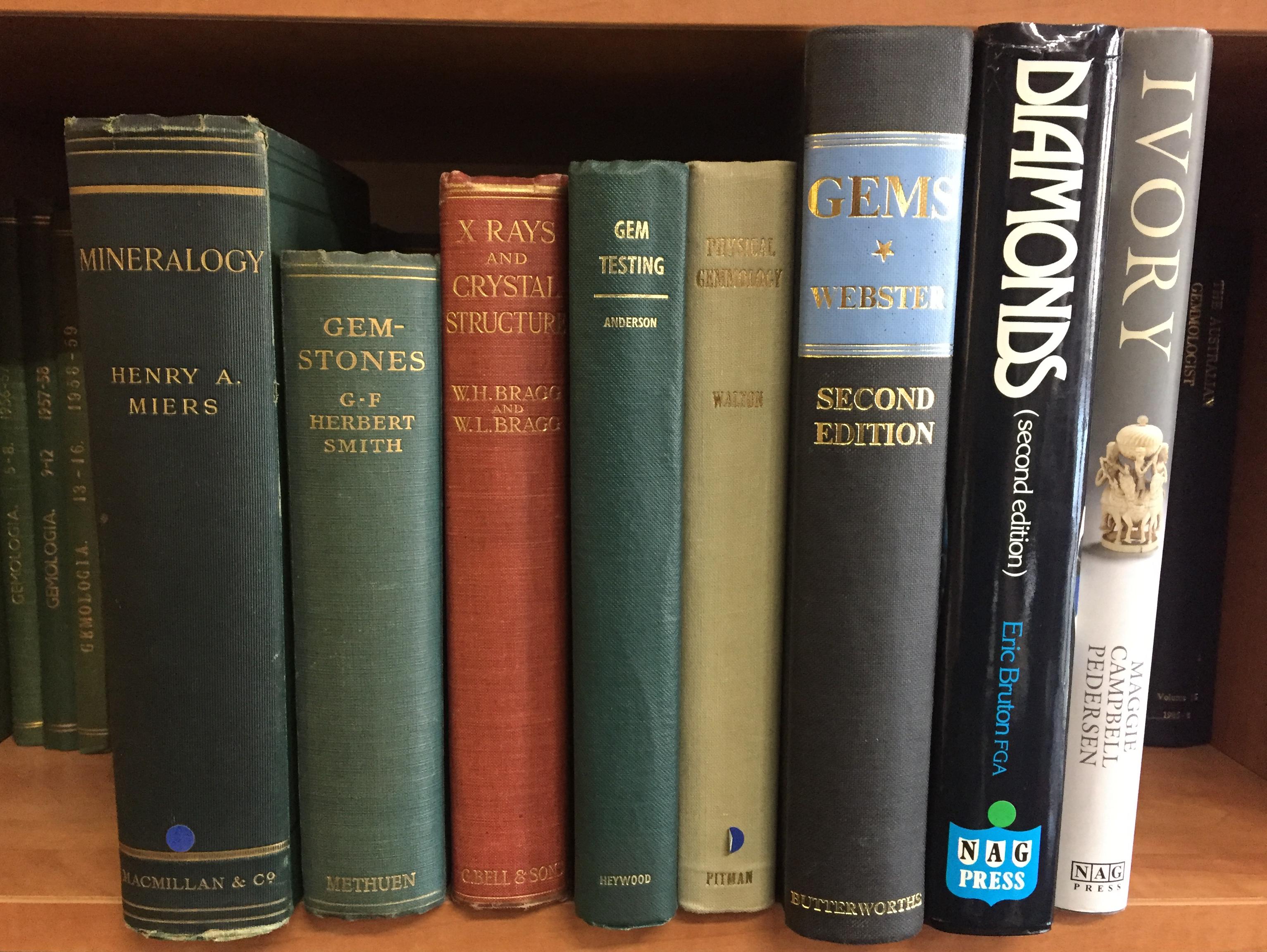 Printed Works of Gem-A Greats featured in our 2018 Heritage Series.

Sir Henry Miers died peacefully at home on 10 December 1942, aged 85, as arguably one of the first trailblazers of gemmology. He was held in such high esteem that it was the equally renowned Dr Herbert-Smith who wrote his obituary in Nature. It is to Herbert-Smith we will turn to in our next instalment of Gem-A’s ‘Heritage Series’.

Tagged under
More in this category: « Dr Herbert Smith: Innovator, Inventor, Gem-A President 110 Years of Gemmology »
Tweet
Become a Gem-A Member
Apply to become a Gem-A Member
Subscribe to our Newsletter
Keep updated with Gem-A
Sign Up
Get in Touch
Can't find what you're looking for?
Contact Us