Close up view of a ruby and diamond ring from the Gem-A GemIntro archives.

Beginner’s Guide: Everyday Gemstone Identification in the Field When it comes to everyday gemstone identification techniques, there are some tricks you can learn to aid your efforts in the field. In some cases, however, gemstones can be elusive and tricky to pinpoint. Here, Gem-A Gemmology Tutor Pat Daly offers some insights into gemstone identification and the daily challenges the average gemmologist faces.

Gemstone identification practices have been around for centuries. Still, despite vast knowledge in this field, it has never been the case that ordinary trade gemmologists could identify all gemstones with certainty.

Moreover, the increasing numbers of synthetic stones, treatment methods and the wide range of collectors’ stones which have become freely available in recent years have increased our difficulties.

Some gem varieties may be recognised easily if their key identifying features are known. These will always include their colour, lustre, transparency, and optical effects, together with any distinctive structures or inclusions. 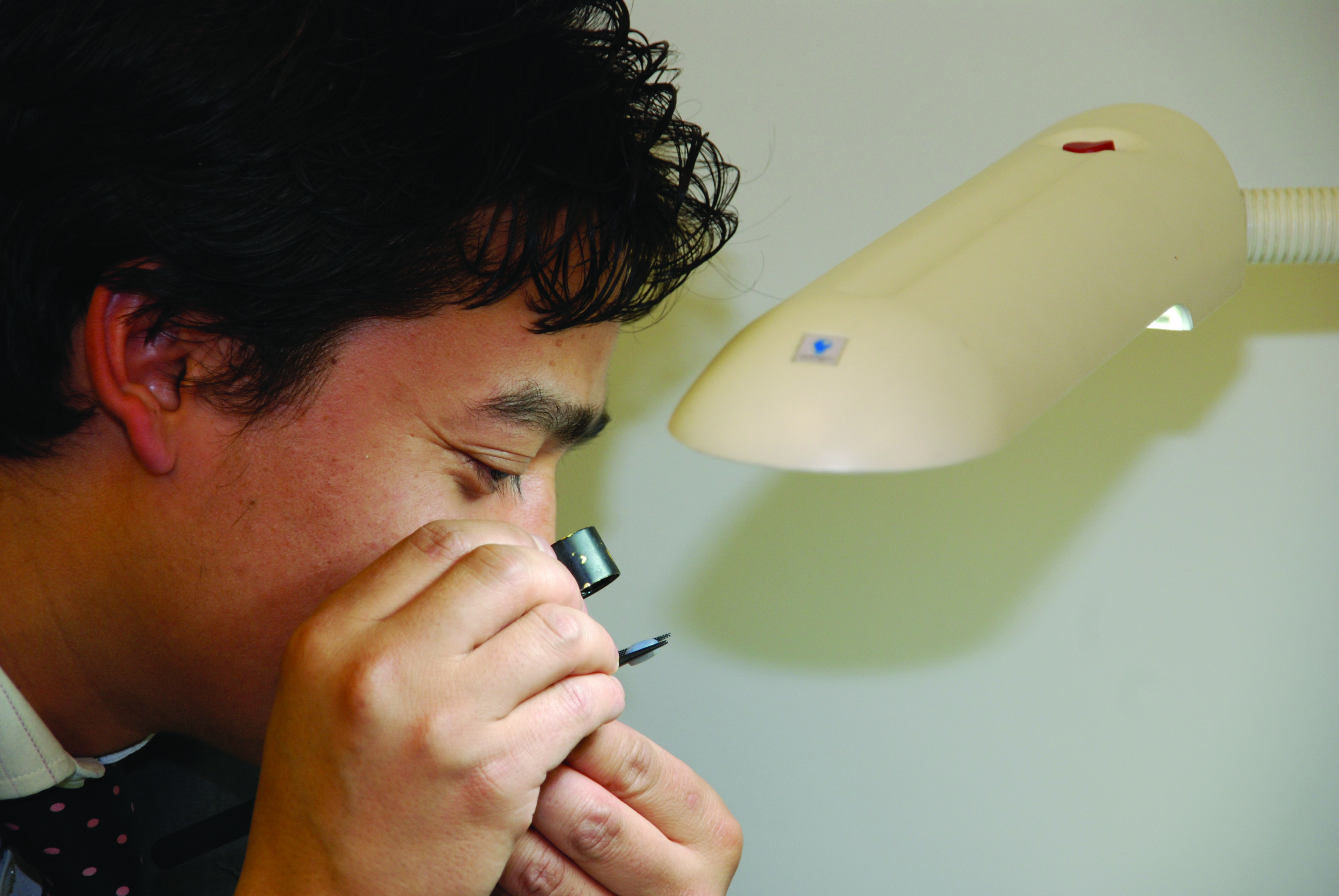 Gemmologists can use their knowledge, experience and instincts to identify gemstones in the field.

Pleochroism and fire, refractive indices and birefringence, and other properties can be observed, measured or calculated to complete an identification. Gemmologists and traders can identify most stones in their routine work confidently and without difficulty. This depends, of course, on reasonable knowledge, experience and familiarity with the stones being investigated. Continued study and practice are needed to achieve this.

Identifying Gemstones with a Loupe

The loupe may be used to identify many stones. One example is the feldspar variety sunstone. Sunstone features oriented, rounded-looking, opaque copper coloured or translucent orange, iridescent inclusions, which are sufficient to confirm identity and to exclude their commonest simulant, goldstone glass, in which triangular to hexagonal copper inclusions are not strongly oriented. 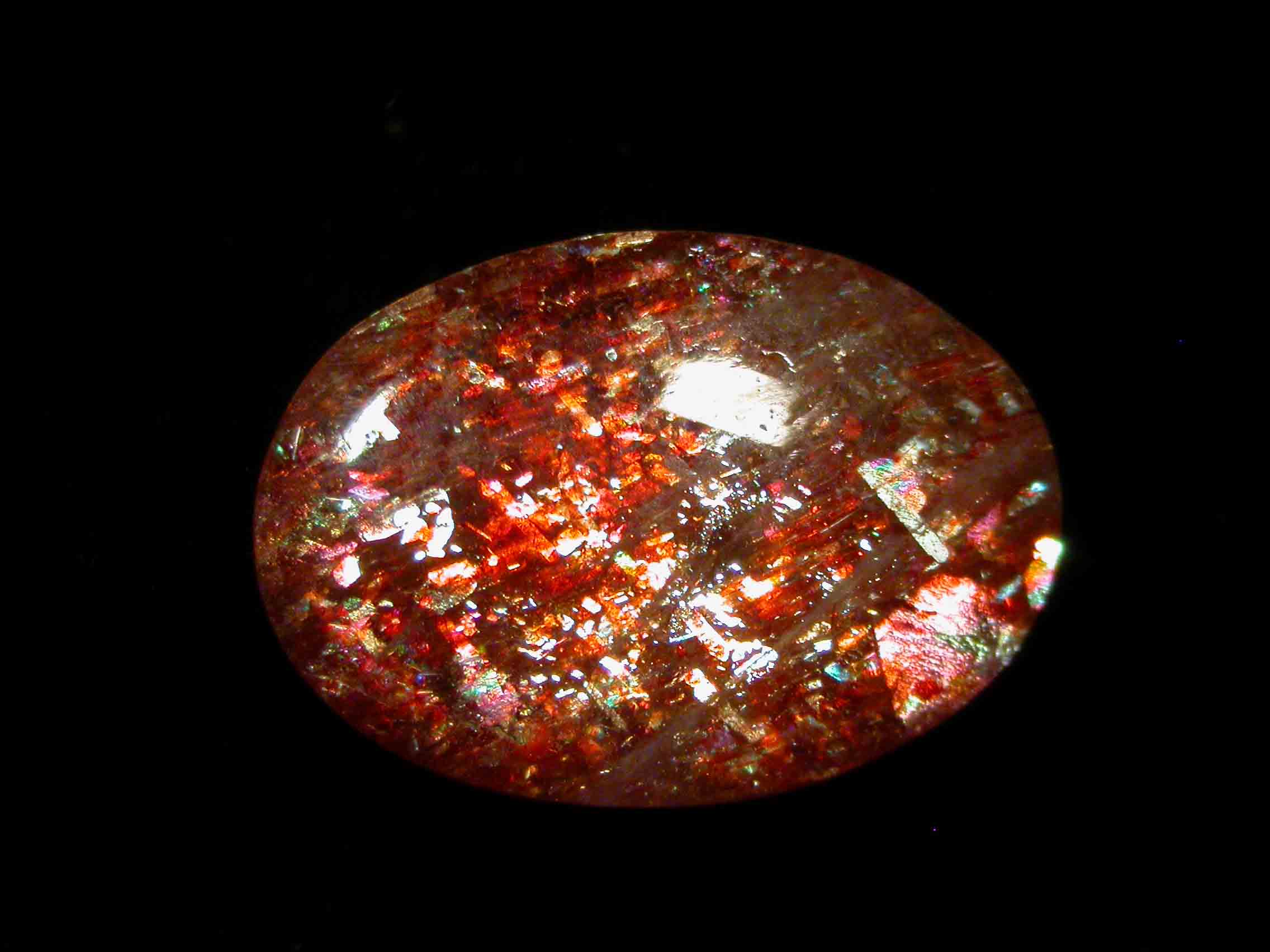 Other visible features of these stones back up these observations, making further tests superfluous. There are many other examples for which details could be given. For each, it is necessary to know, by careful study of the stones, the evidence that confirms their identities.

Gem varieties may have outstanding properties, such as the pleochroism shown by tanzanite, iolite, alexandrite, sapphire and others. In all these cases, pleochroism is enough to identify the stones, though confirmatory tests should always be used.

For example, the spectra of ruby, zircon, red garnet and others will determine the gem variety, and details obtained from the refractometer are sufficient to recognise most topaz, peridot and tourmaline.

Simple tests may be sufficient to distinguish between stones which are often confused with each other. Ruby and red spinel, for example, may be separated by using the spectroscope or polariscope, blue topaz and aquamarine with the Chelsea colour filter.

A few gem species are thought to be difficult by most gemmologists. For example, many opaque, light blue materials could be turquoise. Any opaque black material might be jet. Plus, thirty or more materials can be confused with jadeite! The proper response to these difficulties is to learn as much as possible about gemstones and their simulants, especially by handling and testing them. 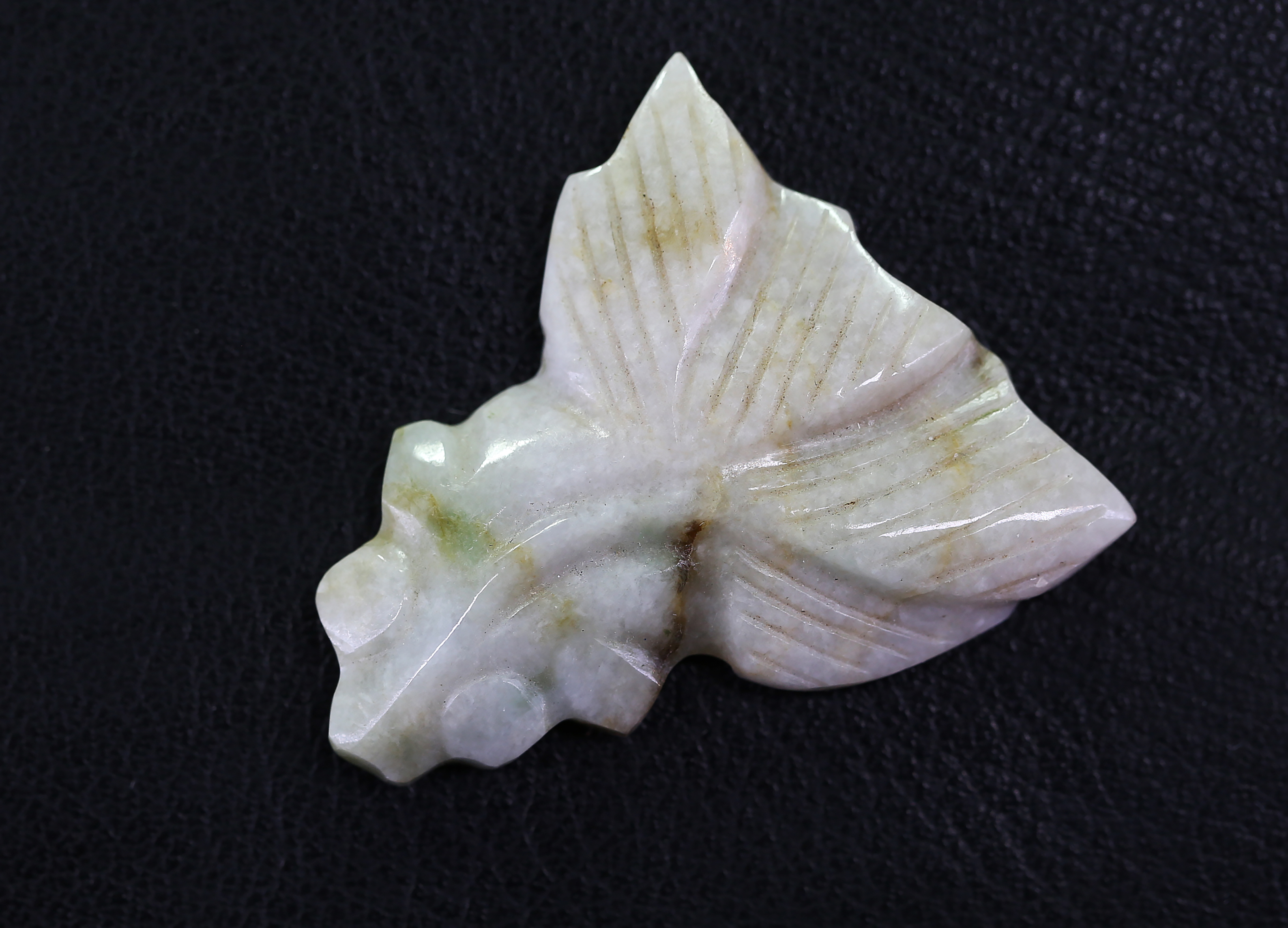 A fish carved from jadeite photographed by Henry Mesa.

Structures or their absence, surface and internal features, and measurable properties will allow many simulants to be recognised or eliminated. This enables the identity of the gemstones to be confirmed. The gemmologists’ confidence grows as experience is gained and as more stones are handled. However, there are always recalcitrant, uncooperative stones, which cannot be identified by routine inspection and testing, and gemmologists should not be embarrassed to acknowledge this.

Pearls may also cause difficulties. The widespread availability of cultured pearls in the 1920s incentivised opening the London gem testing laboratory. Initially, the task was to distinguish between pearls and nucleated cultured pearls. However, the overlap in size and appearance between natural, freshwater, Akoya and South Sea cultured pearls has increased our problems. 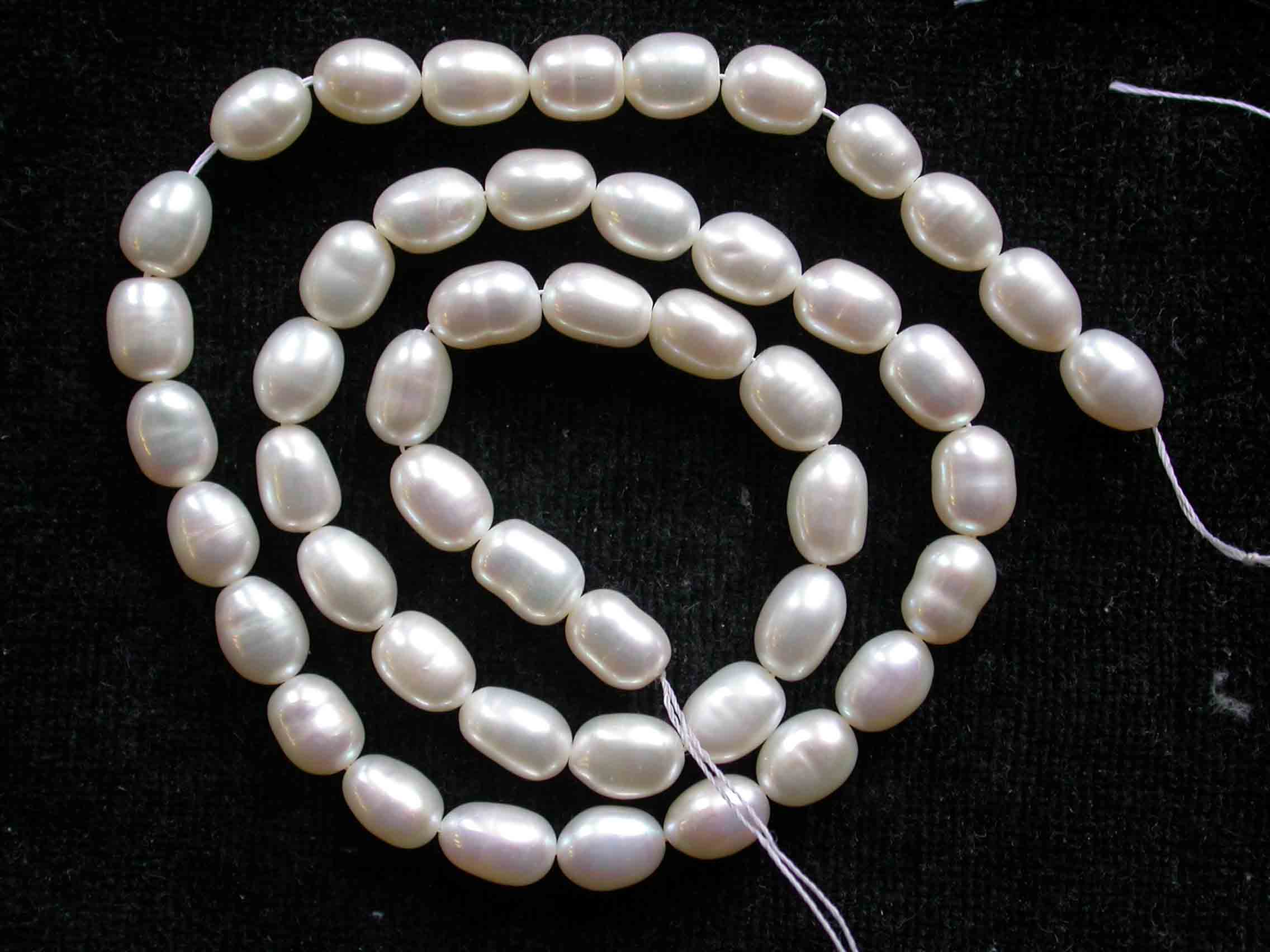 The Challenges of Gem Identification

Gem testing laboratories have adopted new methods based on modern scientific equipment and can deal with the problems which continue to arise as newer types of gemstone treatment and synthesis are developed.

Among these are the resin treatments of jadeite and the large numbers of synthetic diamonds, which are now in gem markets worldwide.

Some of these problems cannot be solved by gemmologists as part of their everyday work. However, we should not regard this as a reason to absolve ourselves of the responsibility. On the contrary, we should endeavour to go as far as possible towards identifying these stones by the methods which have always been available to us and by adding to the stock of instruments which help us to do so. 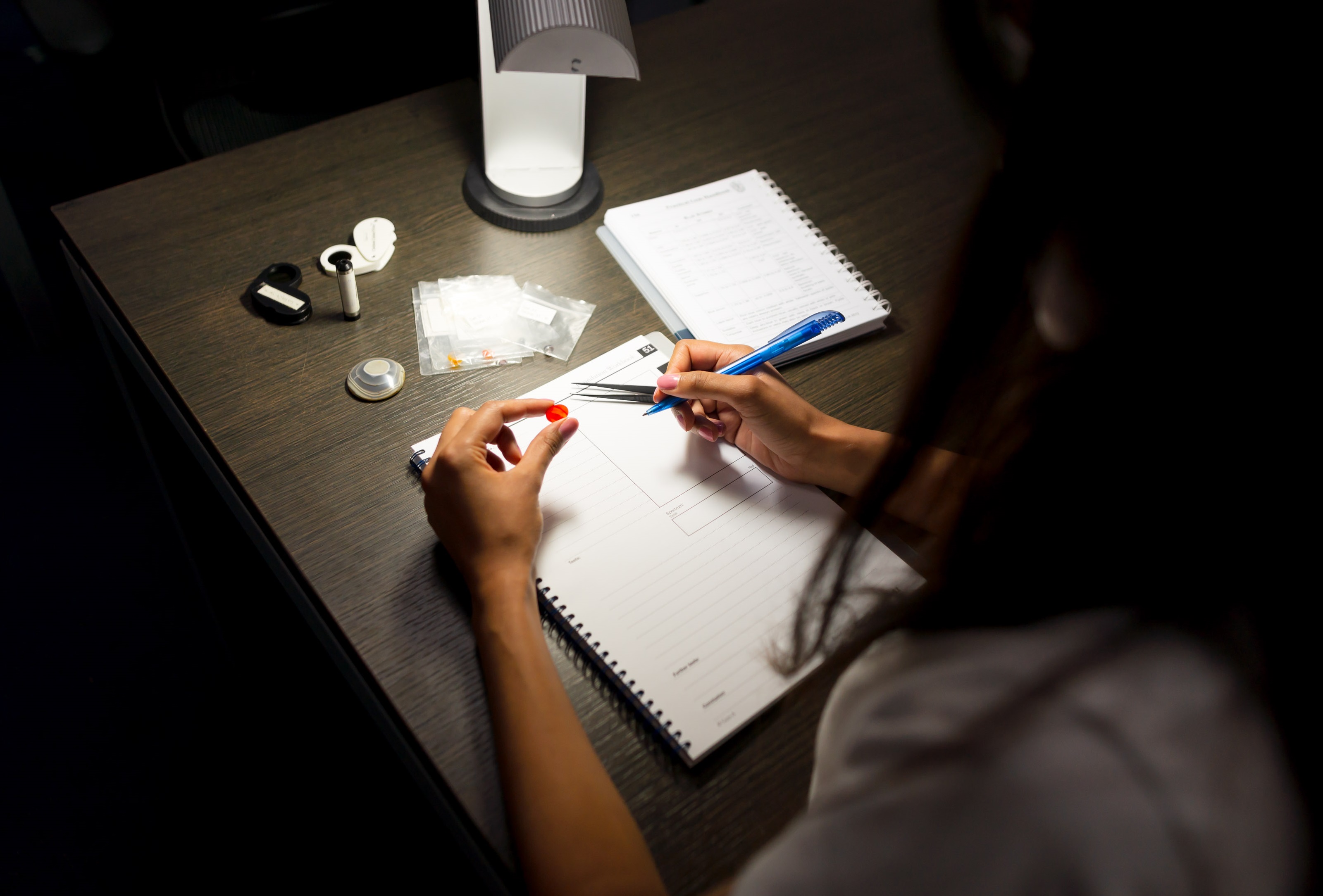 Gemstone observation and identification techniques can be studied on the Gem-A Gemmology Foundation and Diploma course.

Ultraviolet, for example, will not identify all resin-treated jadeites, but it will detect most of them. Some synthetic diamonds can also be recognised with UV, and others with a polariscope.

Despite the difficulties which gemmologists face and the apparent impossibility of dealing with some gem species, treatments and artificial products, experienced gemmologists find that all of them yield enough evidence to allow at least a reasonable conclusion to be reached. Sometimes with the qualification that more certain identification would depend on laboratory testing.

The information and skills needed to handle gemstones sensibly may be obtained by studying the Gem-A Gemmology and Diamond Diplomas. Our courses offer you the experience required to improve your skills and keep abreast of current developments in gemmology, which is the pleasurable study of a lifetime.

Those studying gemmology can be reassured that examiners are not interested in tricking students by including unidentifiable stones in practical examinations. All those used have identifying features, which enable candidates who have studied the course properly to identify them.

Main image: Close up view of a ruby and diamond ring from the Gem-A GemIntro archives.

More in this category: « Buying Guide: What Are the Different Types of Tourmaline? Understanding Zircon: A Misunderstood Gemstone with Amazing Properties »
Tweet
Become a Gem-A Member
Apply to become a Gem-A Member
Subscribe to our Newsletter
Keep updated with Gem-A
Sign Up
Get in Touch
Can't find what you're looking for?
Contact Us