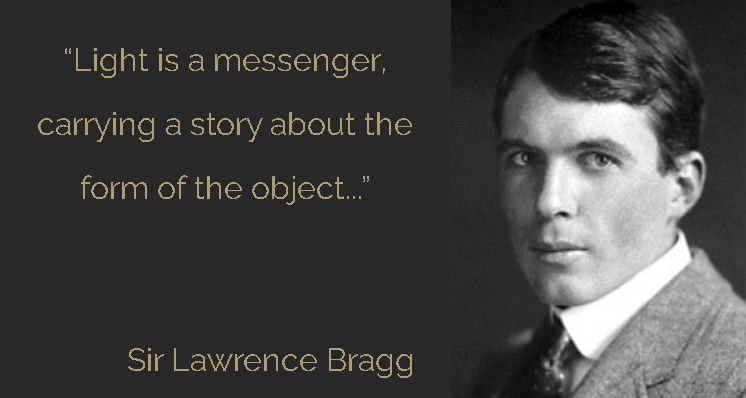 Did you know that two of Gem-A’s presidents were actually Nobel Prize Winners? Sir William Henry Bragg, the Association’s president 1937-42, and his son Sir Lawrence Bragg president 1954-72, were jointly awarded the Nobel Prize for Physics in 1915 for their research in X-ray Crystallography – an epic achievement that laid the foundation for future scientific breakthroughs and the basis of 26 other Nobel Prize winners and counting!

William Henry Bragg (WHB) had an exceptional mind, winning a Minor Scholarship to Trinity College, Cambridge, at the age of 17! The family considered this a bit too young, so a year later in 1881 WHB began the Mathematical Tripos at Trinity, and after graduating he began research at Cambridge’s Cavendish Laboratory to train in physics. 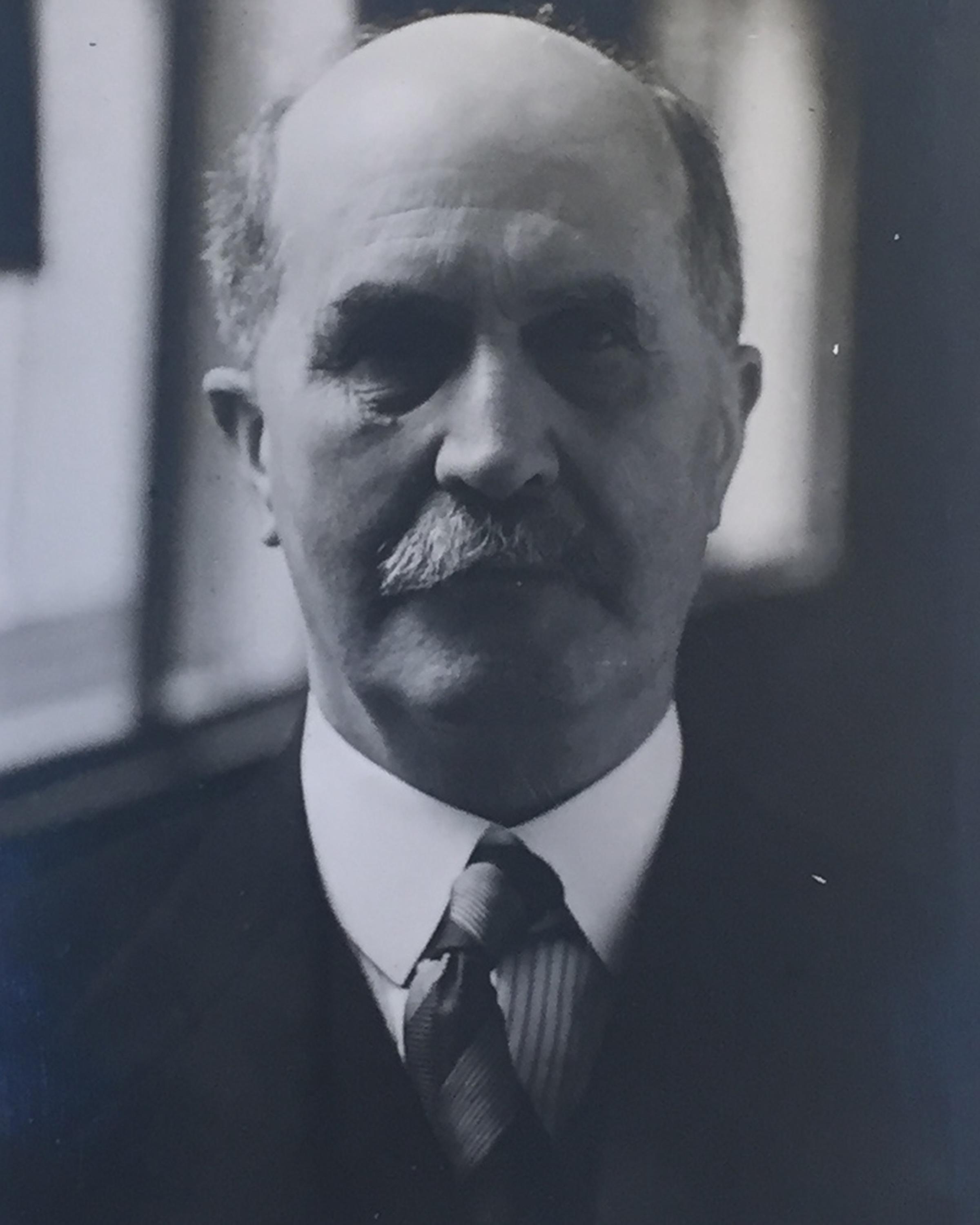 In 1886, at the age of 23, he was appointed the Elder Professor of Mathematics and Experimental Physics at the University of Adelaide. Much of his time was taken with teaching commitments, leaving little room for research, but WHB maintained his interest in physics and kept up to speed with the latest developments by Prof. Wilhelm Röntgen at Würzburg, Germany, who had discovered an exciting new form of radiation, ‘so mysterious that he called it the X-ray’ (Hunter 2004: 6-8). At 41, WHB began to explore X-ray radiation, winning international recognition and was nominated to the Royal Society in 1907, and took the Cavendish Chair in Physics at Leeds, England in 1909.

Bragg’s first son, William Lawrence (WLB), was born in 1890 and later recalled that his father would tell his sons bedtime stories about the properties of atoms “We started with hydrogen and ran through a good part of the periodic table.” (Hunter 2004: 8; RI, MS WLB pp8-12).  Equally brilliant, WLB entered the University of Adelaide a year early at the age of 15 and achieved a First Class Hons in mathematics. When the family moved to England, WLB, like his father before him, entered Trinity College Cambridge, but switched from mathematics to physics. 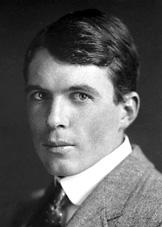 WHB was aware of the recent Munich Experiment of 1912 where Max von Laue, Walter Friedrich and Paul Knipping targeted sphalerite crystals with X-ray beams, backed with a photographic plate to track the diffraction pattern. Today, gemmologists are quite familiar with diffraction patterns from X-ray spectroscopy, however, it is important to remember that at this time, scientists were still establishing the nature of X-rays, whether we were talking about waves or atom particles, and WHB was still yet to invent the first X-ray spectrometer:

It was the 22 year old WLB who fully realised the ramifications of Laue’s epic discovery that X-rays were diffracted by the crystal structure: he established the relationship between the wavelength of radiation, angles of incidence and diffraction, and the spacing of layers of atoms in a crystal structure. Knowing the first two, the third could be calculated. This became known as Bragg’s Law:

d being the distance between atoms by using geometry

This leap of genius was the key to measuring and understanding atomic structures, which could only be inferred up to that time. As he later said in his 1959 lecture to the Royal Institution:

"What is it, really, that makes a thing a crystal? It is it’s inside arrangement, it’s the fact that the molecules or atoms in it are an absolutely regular pattern, like soldiers on parade." 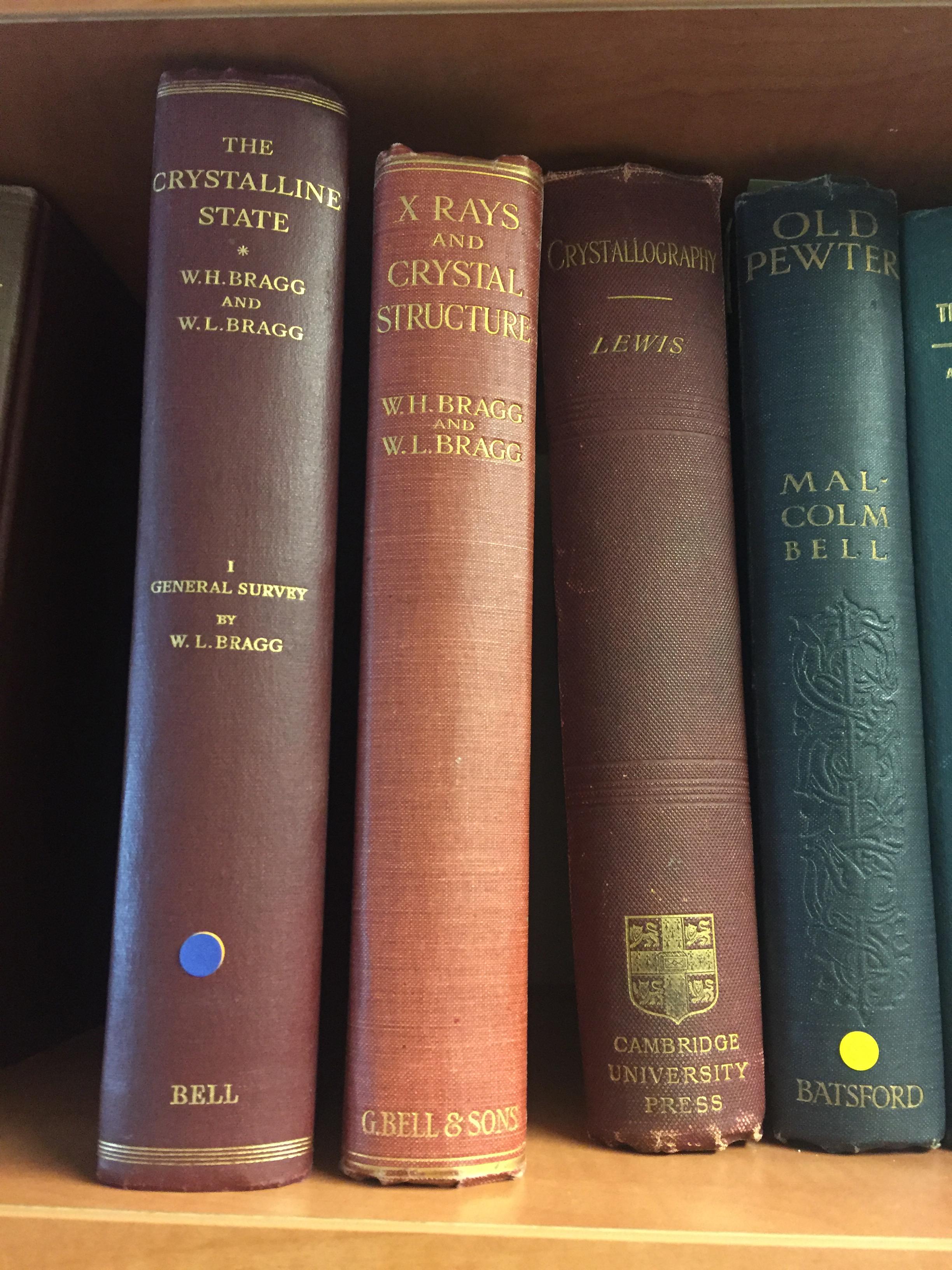 Crystallography in the Sir James Walton Library at Gem-A HQ.

To facilitate this his father WHB designed the X-ray spectrometer:
"It contained a platform on which the crystal could be rotated with respect to the X-ray beam and an ionisation chamber that could be rotated around the crystal. The ionisation chamber contained a gas that was ionised by X-rays and an electrometer so that the amount of radiation detected could be qualified." (Hunter 2004: 35)

The impact of the Braggs’ research – and Bragg’s Law – cannot be overemphasised:

"it could be well argued that the scientific method of X-ray crystallography has been as great as those of quantum theory and relativity, and the impact on everyday life even greater." (Hunter 2004: xiii)

From this exciting realisation, father and son worked tirelessly over the Summers of 1913 and 1914, and in 1915 the younger Bragg received a telegram whilst on the Front in the First World War that he and his father had been awarded the Nobel Prize in Physics for their research in X-ray Crystallography.

This enshrined the Braggs into history.  Moreover, WLB was instrumental in supporting the British Expeditionary Force in France and Belgium in WWI by applying scientific sound ranging to locate enemy guns by sound.  In 1941 Bragg was a scientific liaison officer between Great Britain and Canada, and an advisor to the British Navy on antisubmarine work, and sat on the advisory council to the Minister of Supply. 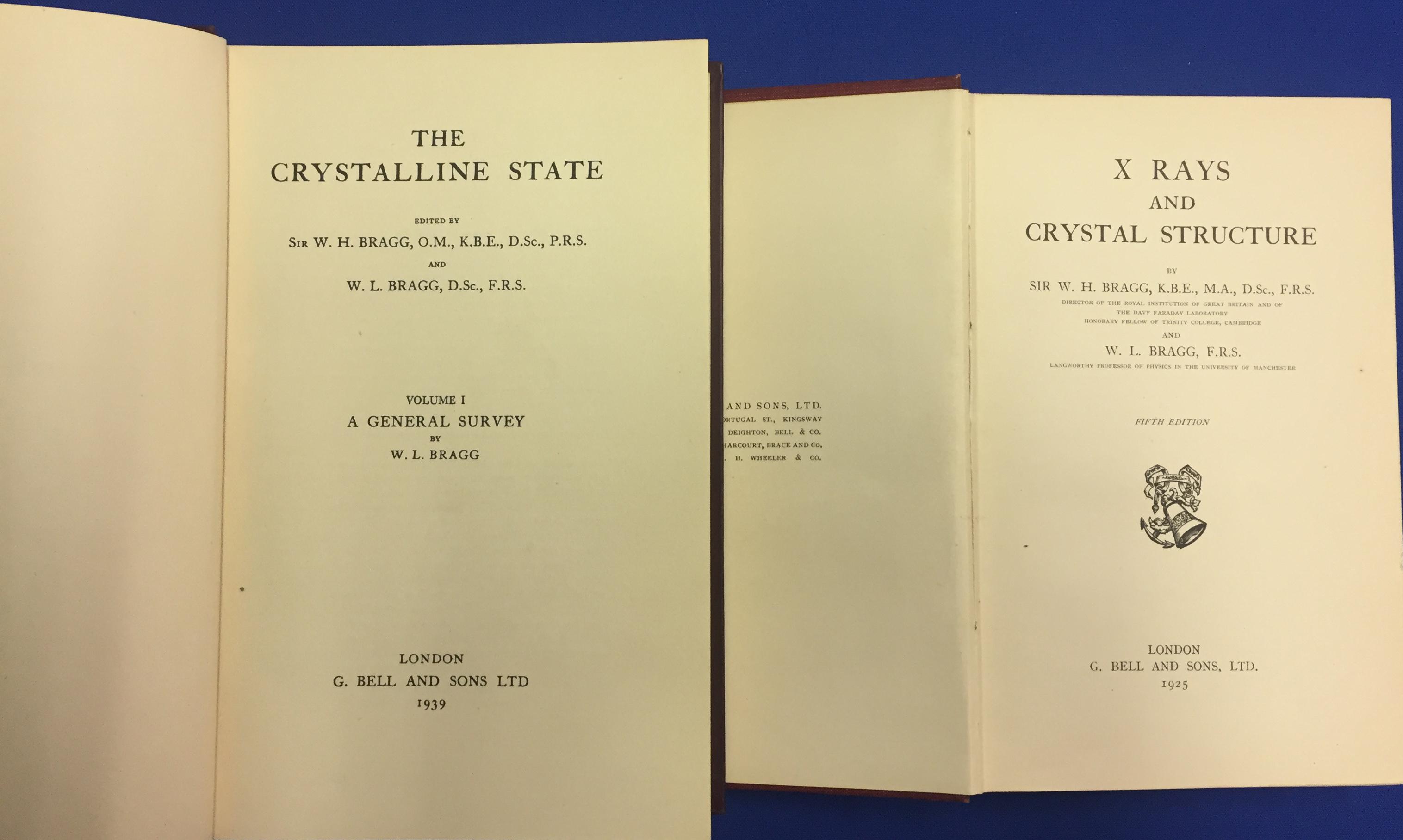 Publications in the Sir James Walton Library at Gem-A HQ.

In his inaugural address WHB noted his honour at being our President:

Your Association has paid me a great honour in asking me to be your President…you must allow me to begin by address this evening by expressing my warm appreciation… I have of course no inner knowledge of your ancient, beautiful and wonderful craft and feel flattered that you have invited me, a physicist, whose concern in precious stones differs so much from that of the craftsman, to be associated with you in this honourable way… If, apart from their use as precious stones, crystals were regarded at one time as mere curiosities, the situation is entirely changed. We have learnt that the crystalline structure is one of the great orders of Nature, occurring everywhere and not merely in the rare specimen… I suppose that the jeweller looks to the diamond as the king of gems. To the physicist, the internal structure of the diamond is of extraordinary interest for its strong and beautiful simplicity and for the information which it gives as to the properties of the carbon atom. For the diamond consists of carbon alone, and the bonding facilities of the carbon atom are directly exhibited.

Indeed, in keeping with the Basil Anderson's gemstone testing laboratory, WHB noted the importance of X-ray crystallography to the gemmologist, as it "gives you a means, if you need it, of deciding between the true and the false."

In 1954, Sir Lawrence Bragg was extended the same invitation to become our President. In his address, WLB appreciated the honour as both his father and their close friend, Sir Henry Miers, had both served the Association in this way. Just as we were created as a means to provide gemmological education to the wider jewellery industry, WLB firmly believed that scientists had a duty to share their knowledge:

"There is one sense, however, in which the pure scientist is, in my opinion, deeply wrong in withdrawing into his ivory castle.
He must pursue knowledge for its own sake,but at the same time it is his duty to see that
this knowledge is so digested, arranged, and simplified that it can become a possession of all those who desire to attain it."

It is fitting, then, that in 2018 we will be celebrating our Gemmology Diploma and Diamond Diploma Graduates at the Royal Institution on November 5, celebrating 110 years of creating gemmologists worldwide. 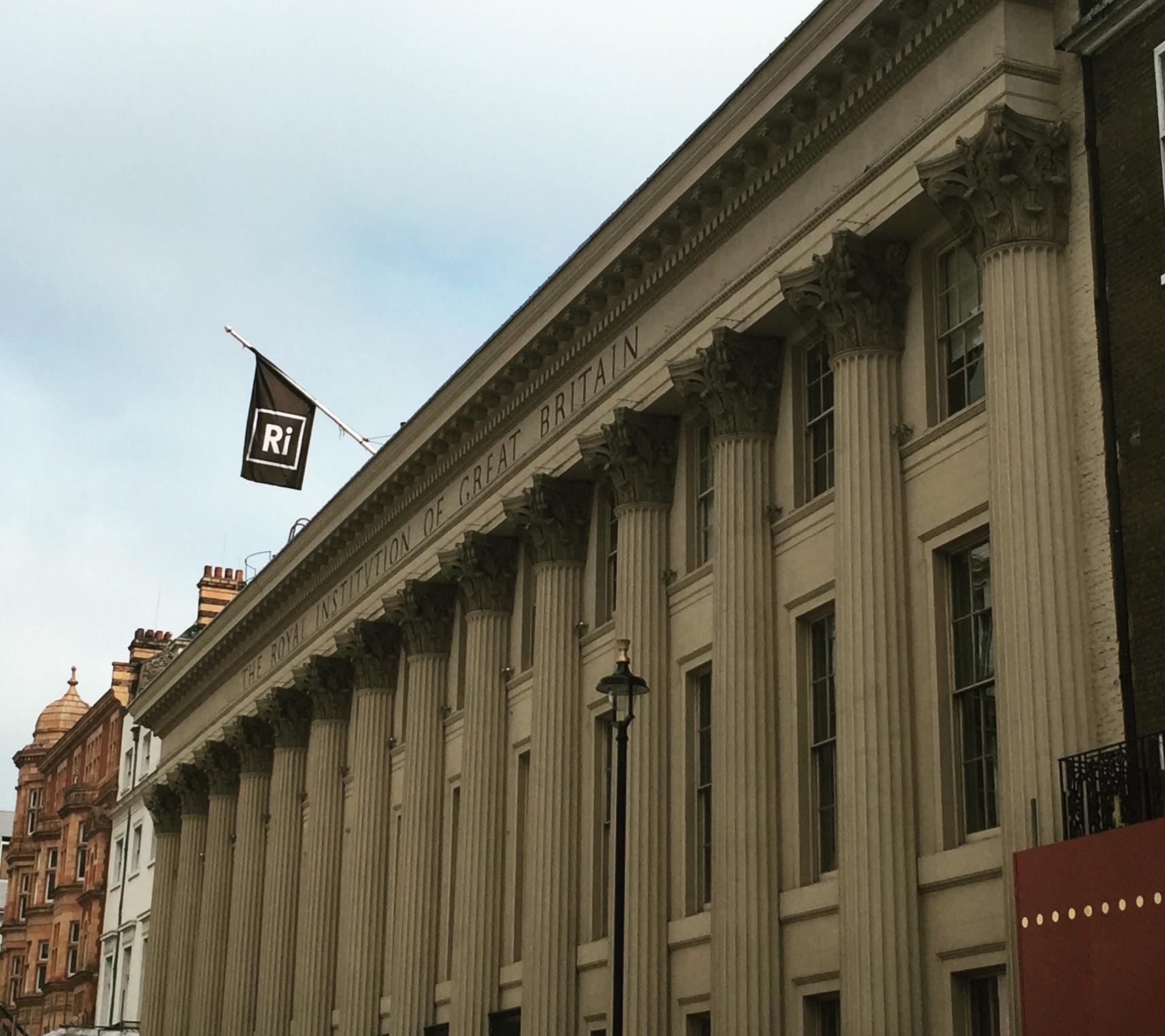